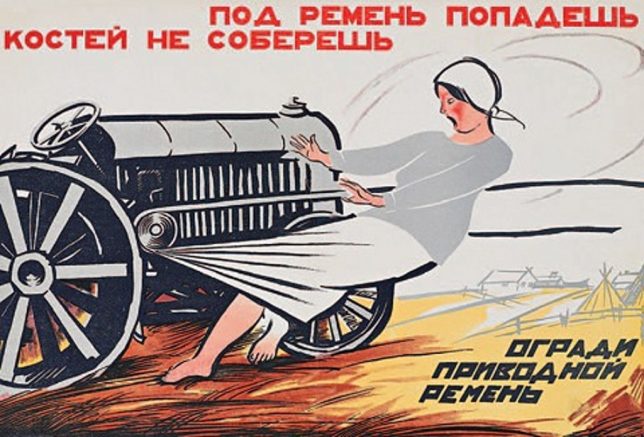 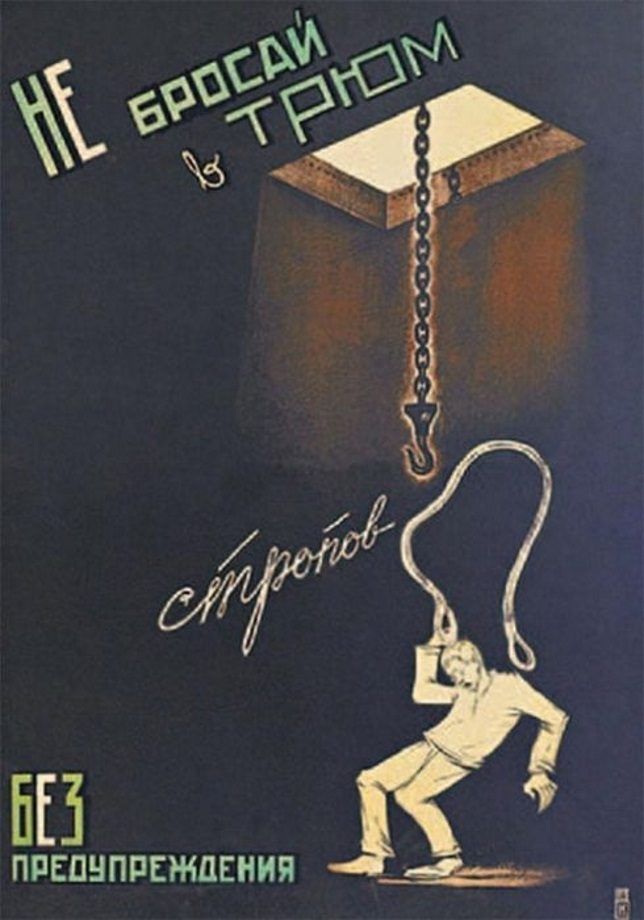 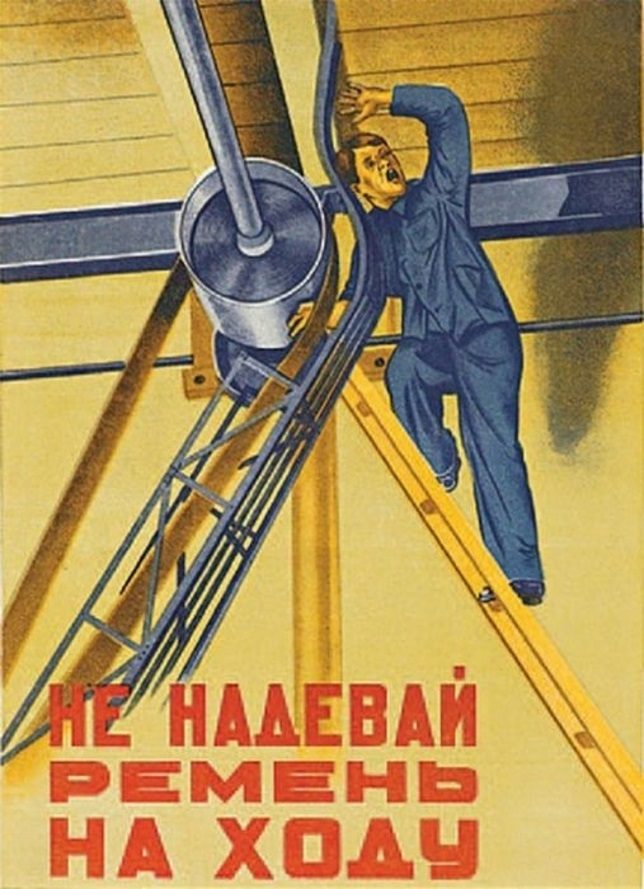 Conceived in the depths of World War I and birthed amid the chaos of the October Revolution and the subsequent Russian Civil War, the USSR of the interwar era faced enormous pressure to modernize, industrialize and maximize its strength as a nation… and to achieve these goals, the nation’s proletariat was mobilized to an almost inhuman degree. 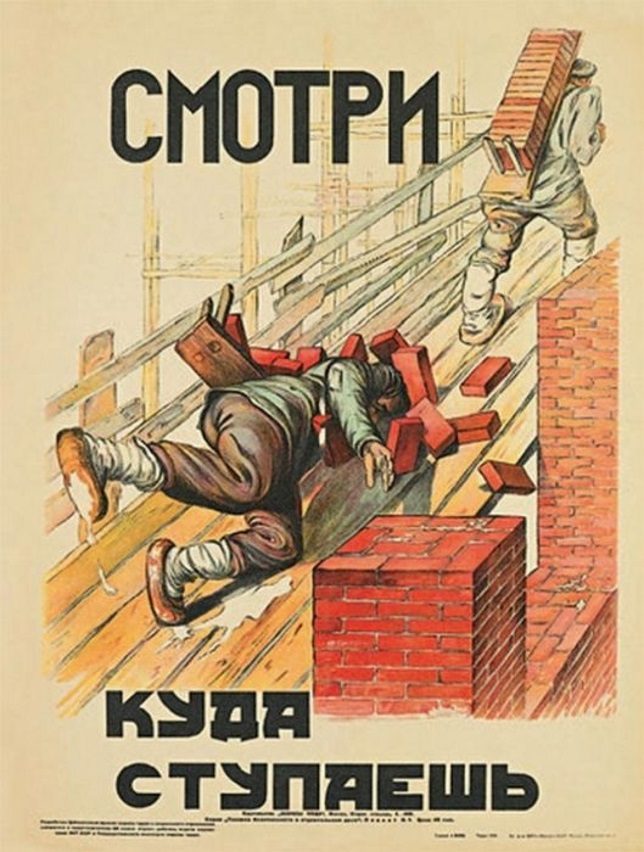 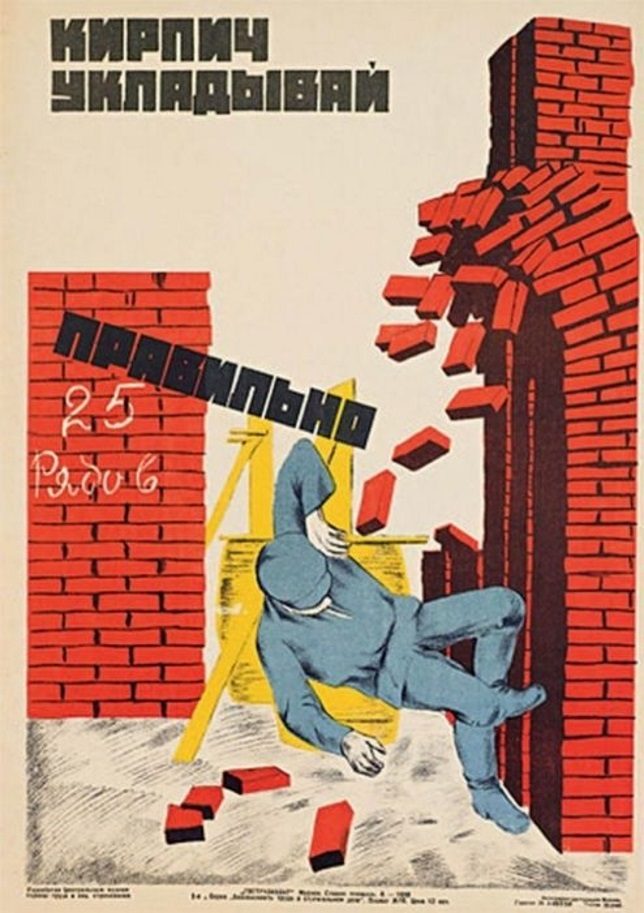 A spanner in the works was not to be tolerated; human error of any kind was considered a betrayal of the motherland. Graphic posters were an ideal way to get the message across to the USSR’s multitudes of industrial workers, the vast majority of whom had little or no basic education. 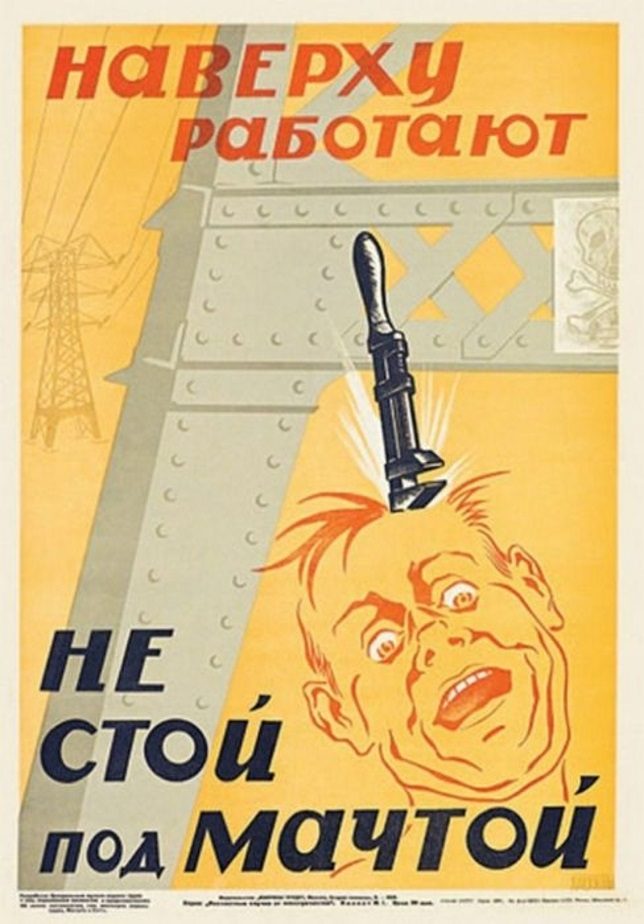 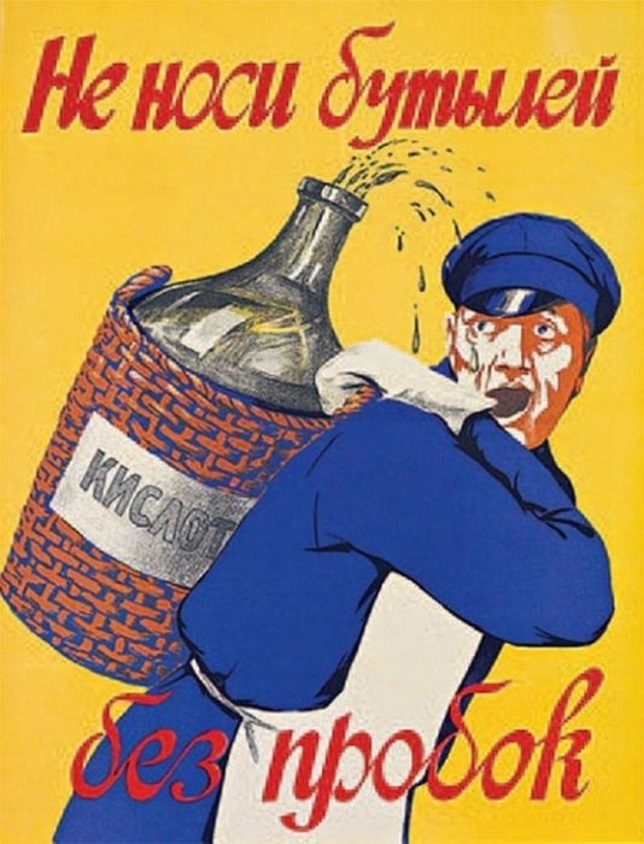 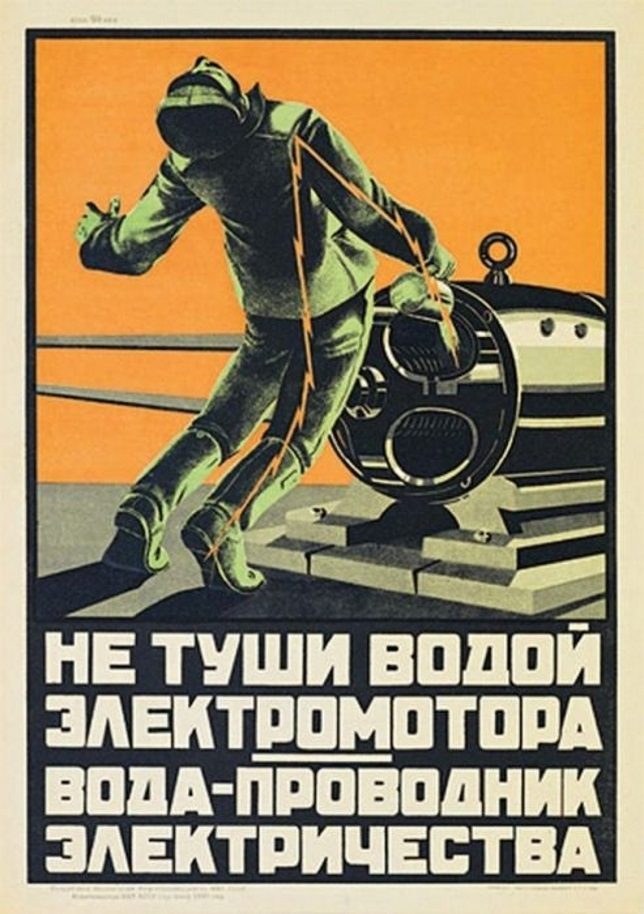 This new direction was directed by Proletkult, an acronym for the “Proletarskie kulturno-prosvetitelnye organizatsii” (Proletarian Cultural and Enlightenment Organizations) formally established just before the October Revolution. 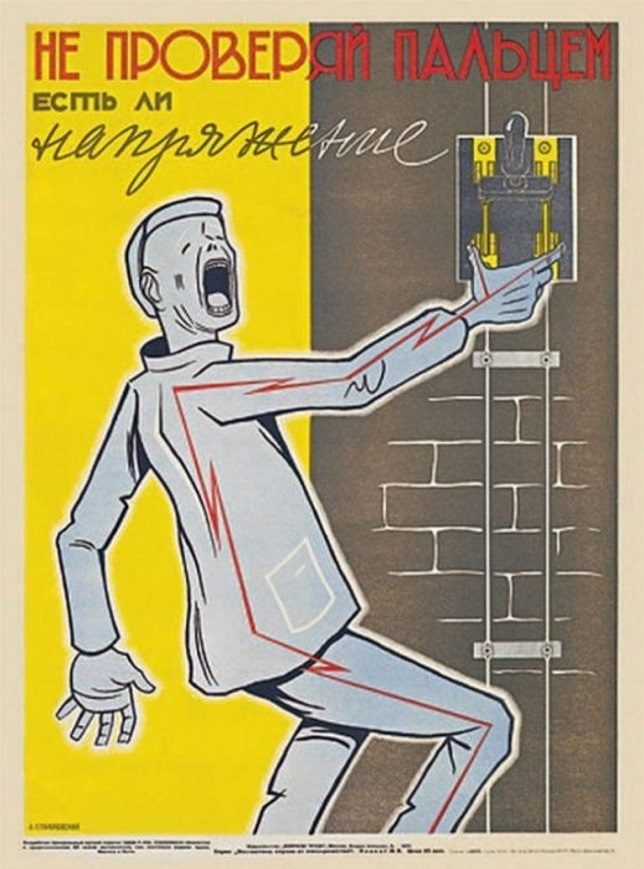 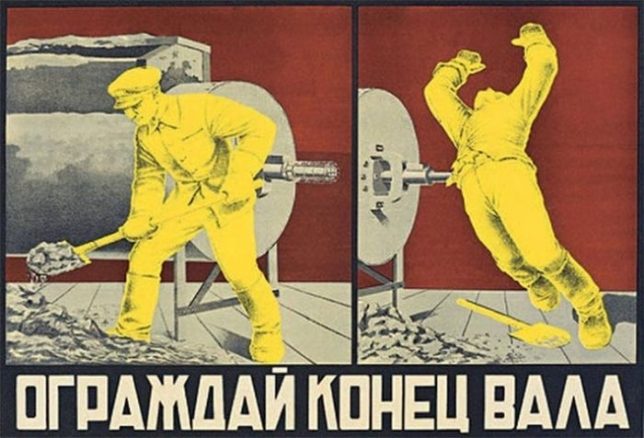 Under Proletkult’s aegis, artistic philosophies such as Constructionism endeavored to produce “art in the service of the revolution” and educating factory workers as to the dangers lurking in the workplace was one such worthwhile service.