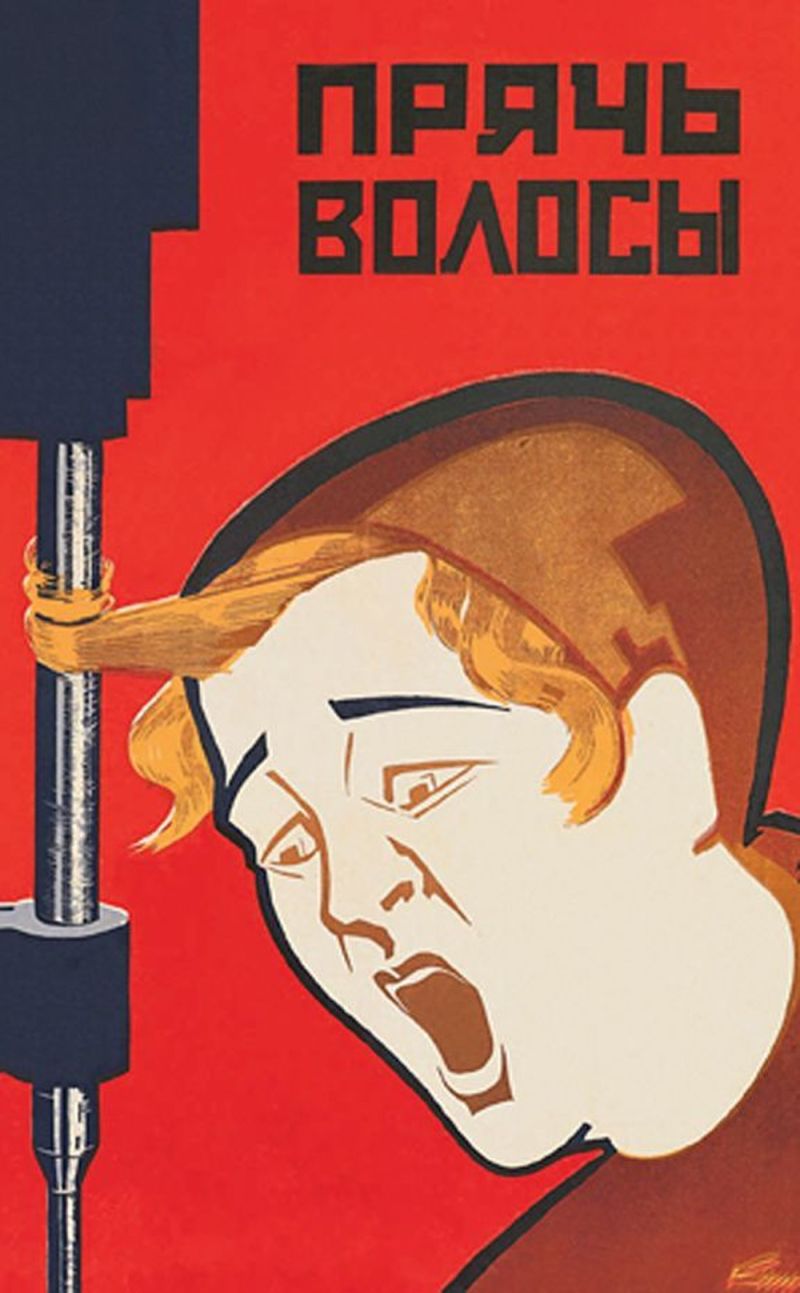 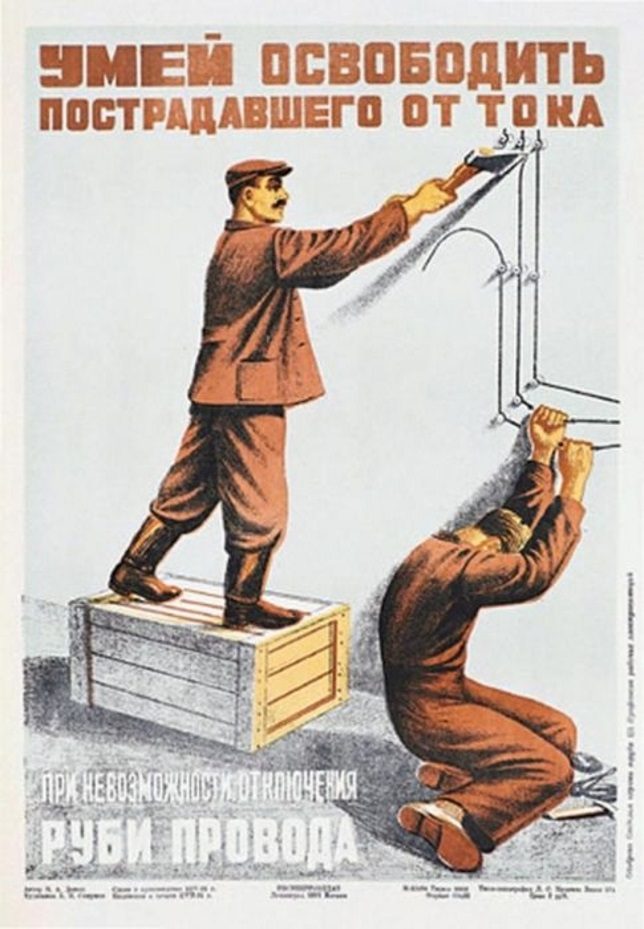 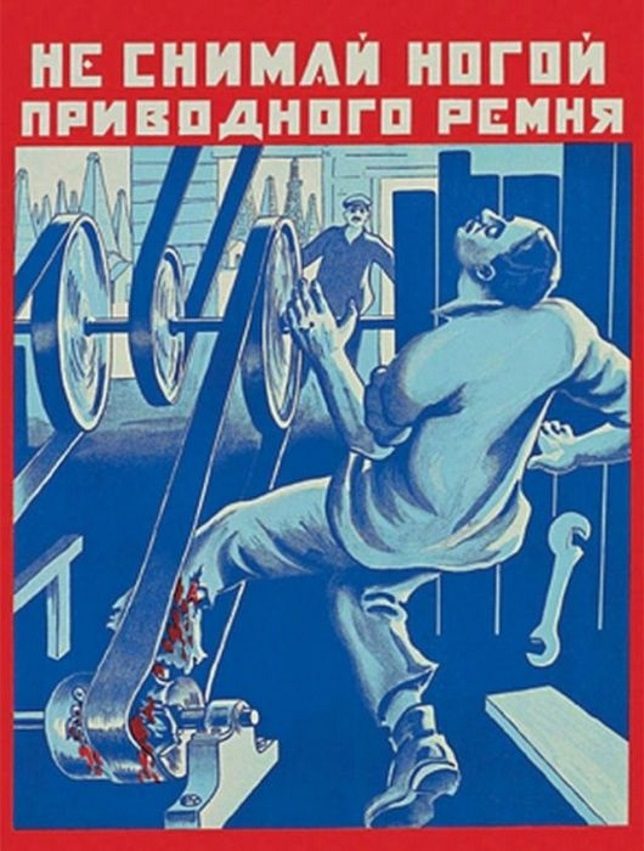 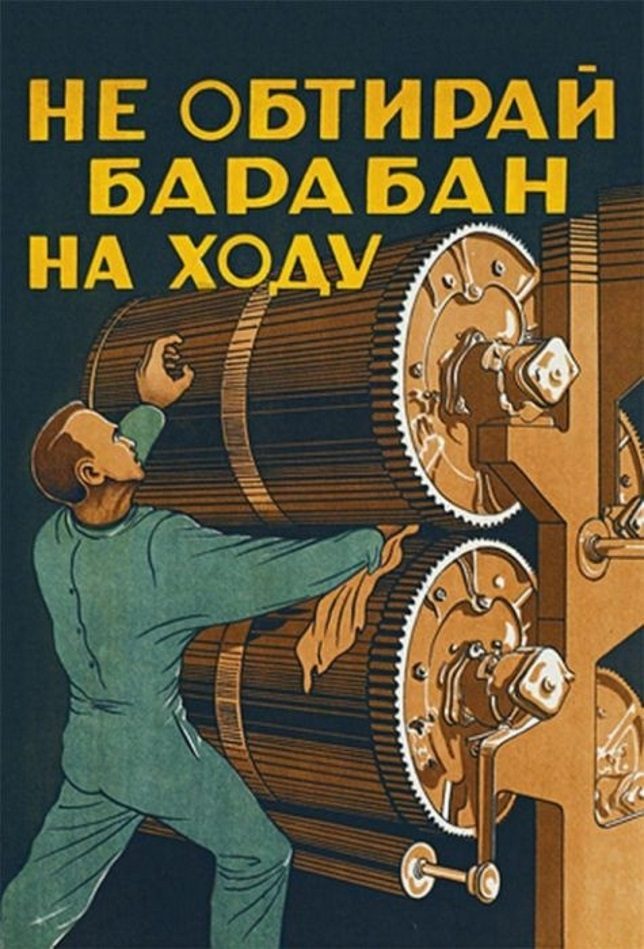 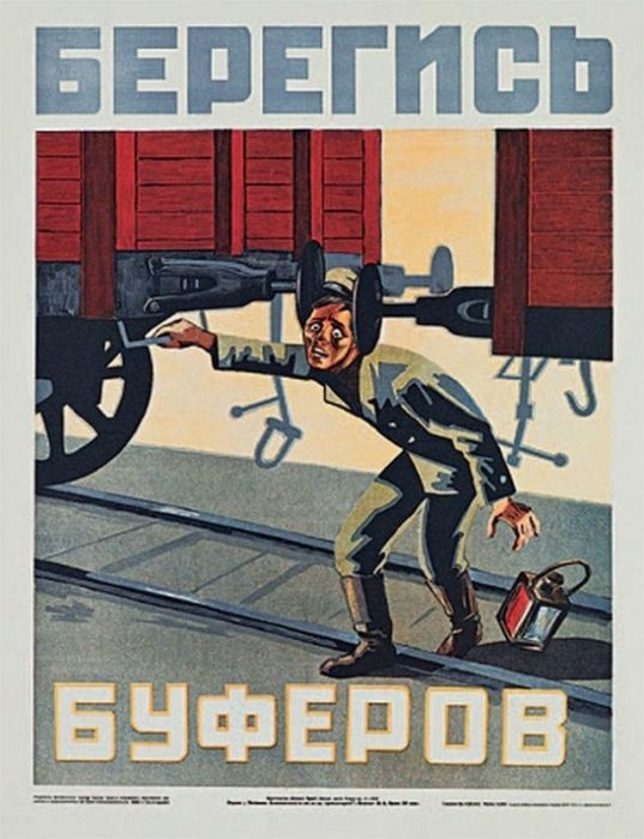 Oleg Atbashian, a former citizen of the Soviet Union who moved to the United States in 1994, doesn’t recall ever seeing these horrifying-to-the-point-of-being-comical posters. Atbashian worked as a metal worker apprentice at a large Ukrainian factory when he was a teenager and later, as a visual agitprop (agitation and propaganda) artist specializing in posters directed at construction workers. Atbashian was in the right place; just at the wrong time. 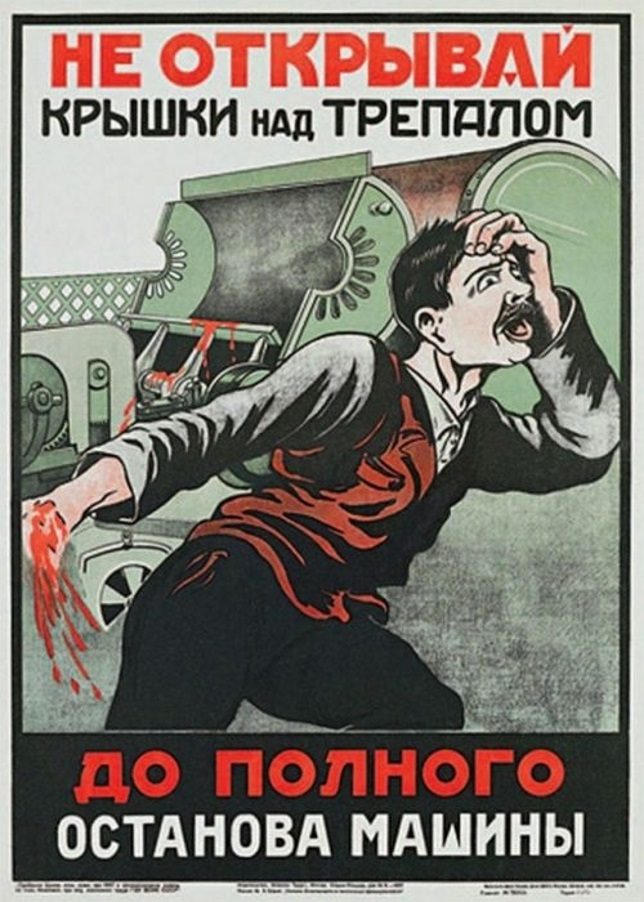 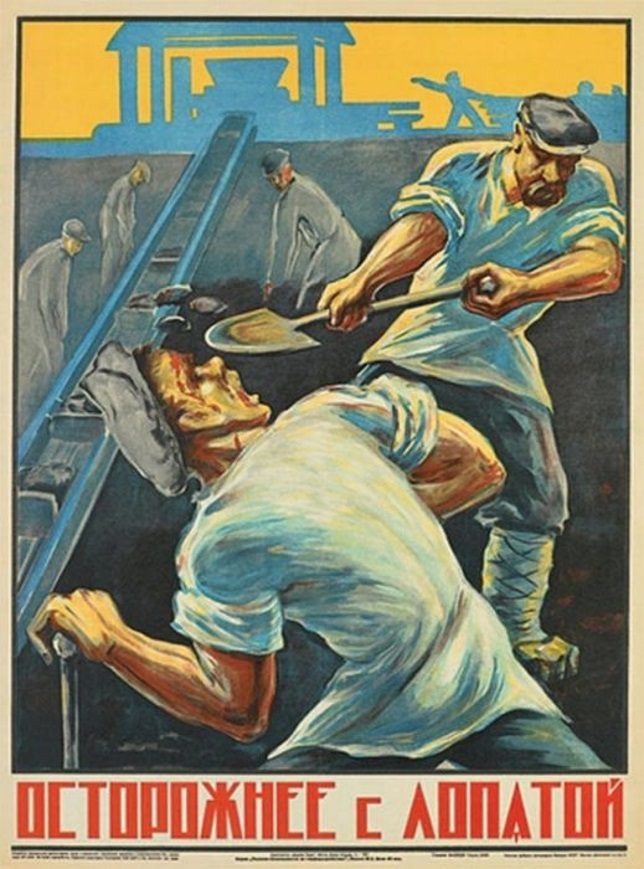 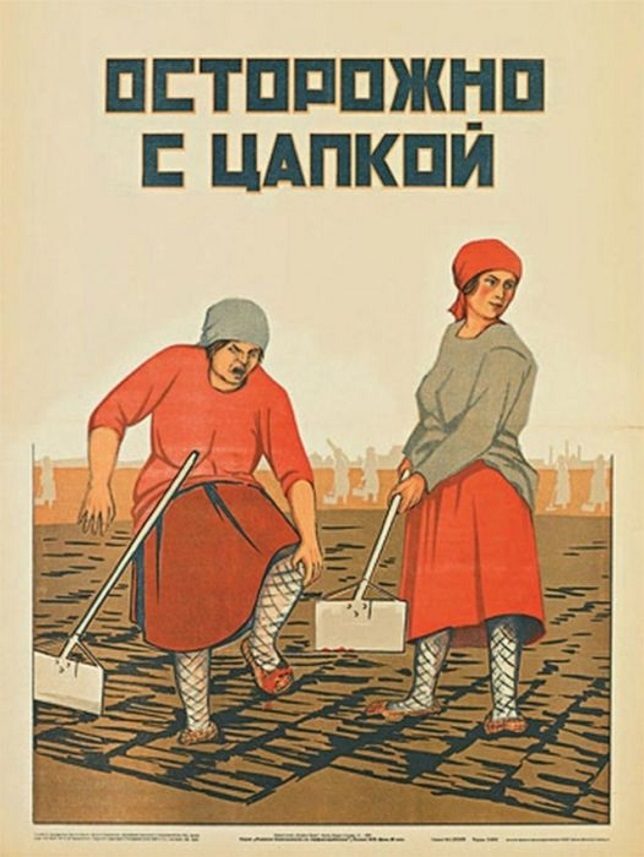 Indeed, Atbashian’s USSR of the 1970s was quite a different place from the fledgling “communist paradise” of Lenin and Stalin. “They (the posters) reflect the zeitgeist of a completely different, less sensitive generation of Soviet citizens,” explains Atbashian, “who were so used to being disciplined, humiliated, and terrorized by the authorities that the least of their concerns would be to question some silly presumptive posters that described them as a herd of bumbling idiots being gored by machinery.” Geez Oleg, tell us what you really think! 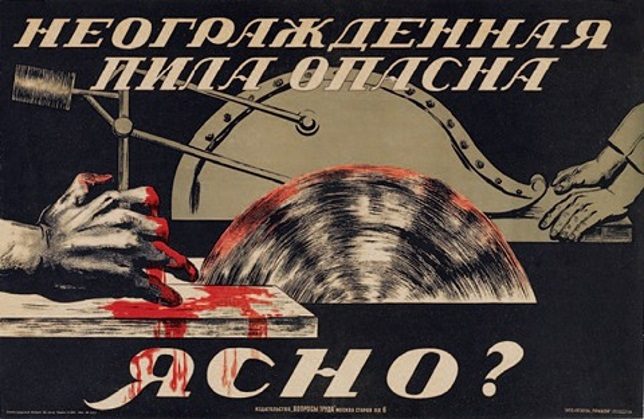 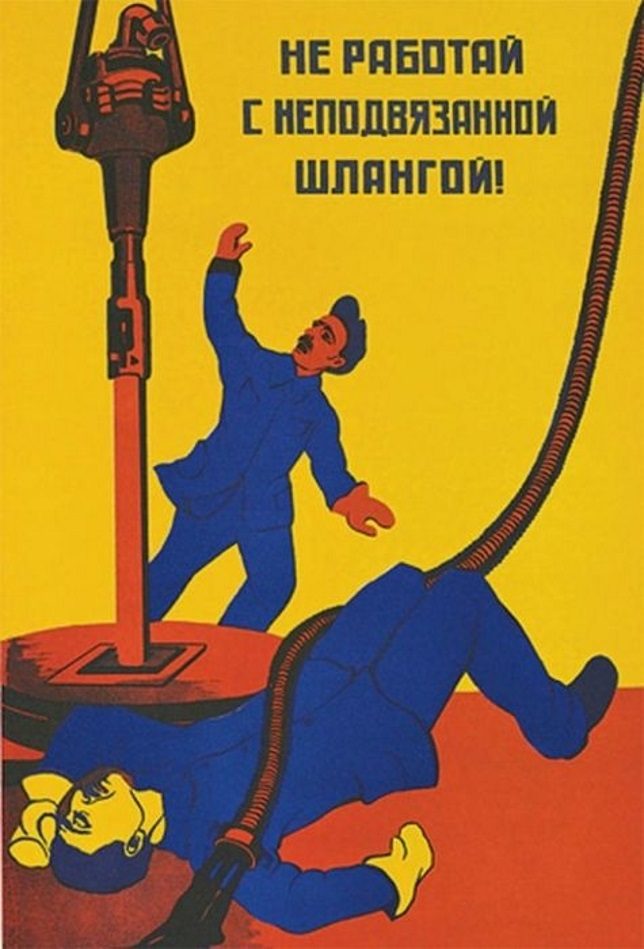 Just as the communist system of government represented a clean break from the Czarist regimes which preceded it, graphic art in the nascent Soviet Union aspired to blaze a new trail in lockstep with the policies and philosophies of the Red Revolution.