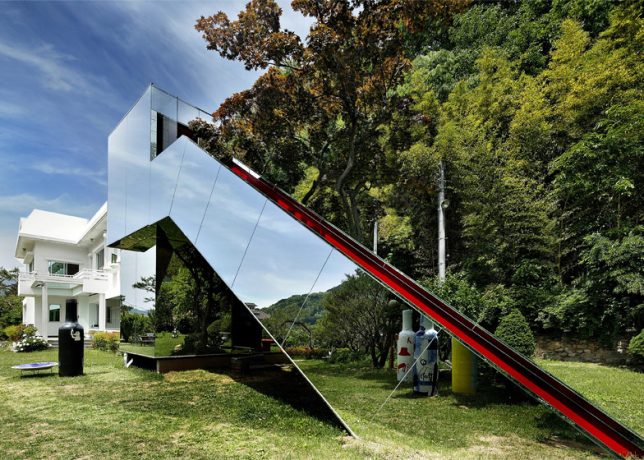 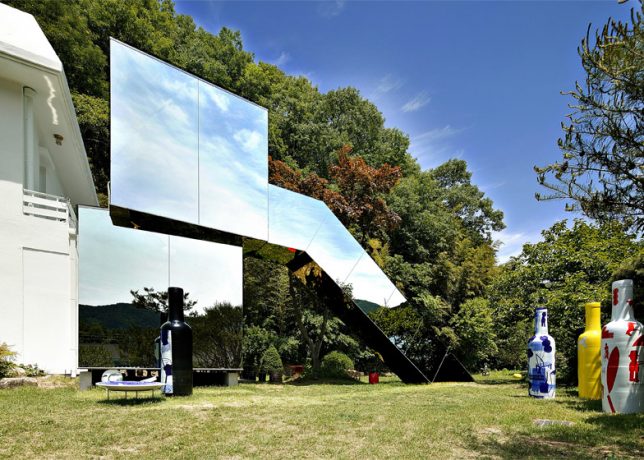 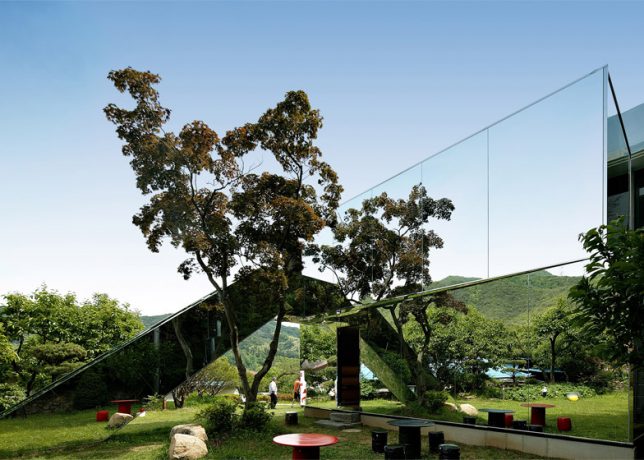 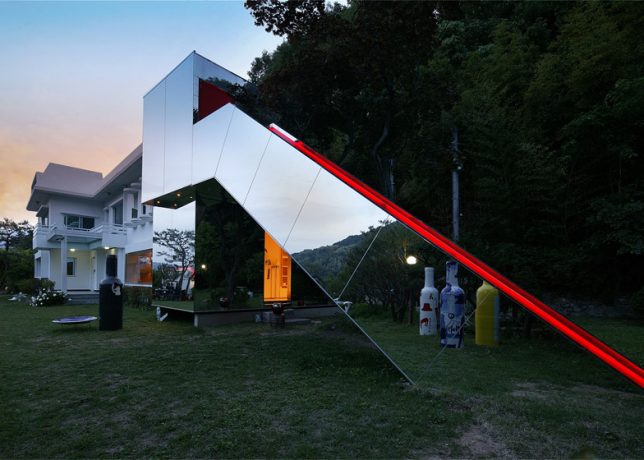 A contemporary addition to an existing house in Cheongdo adds suit space and a gallery for Korean potter Jung Gil-Young without distracting from the natural setting or attempting to blend in with the existing architecture. Soon Space Design built a two-level mirrored volume with a striking staircase jutting out of one end, its interior painted bright red. “The contrast between the physical properties of this material, and nature reflected in the mirror, provides a unique space with an exquisite function,” says the architect. “Through angles, the exterior of the building presents a totally different landscape.” 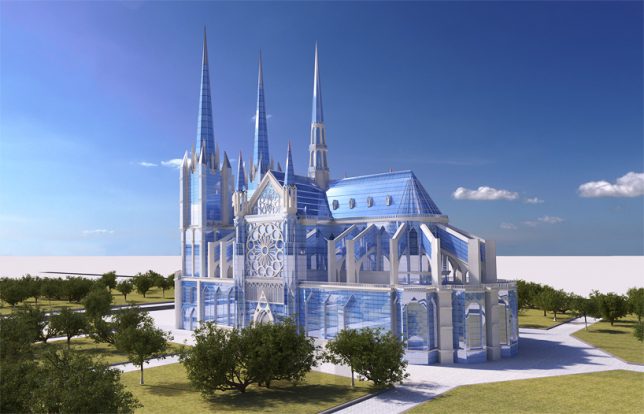 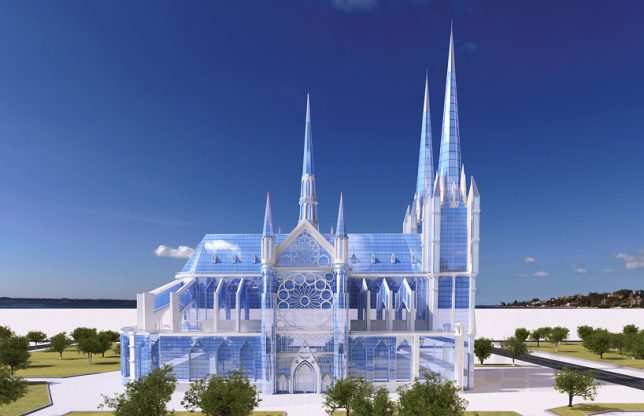 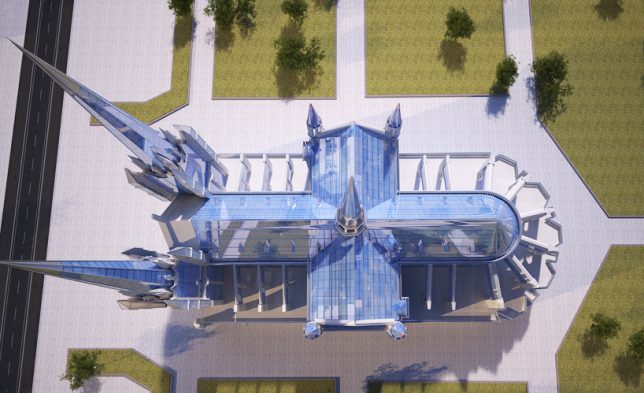 What if Notre Dame were entirely clad in mirrored glass? Vasily Klyukin’s rendering looks like something out of a fairytale, as if Cinderella’s castle matched her slippers, and includes two tall spires that were planned for the original but never included as it was considered more harmonious without them. XXI Century Notre Dame otherwise remains the same in shape and proportion, but is built using modern materials, eliminating all the facade ornamentation and stained glass for a more minimalist effect. 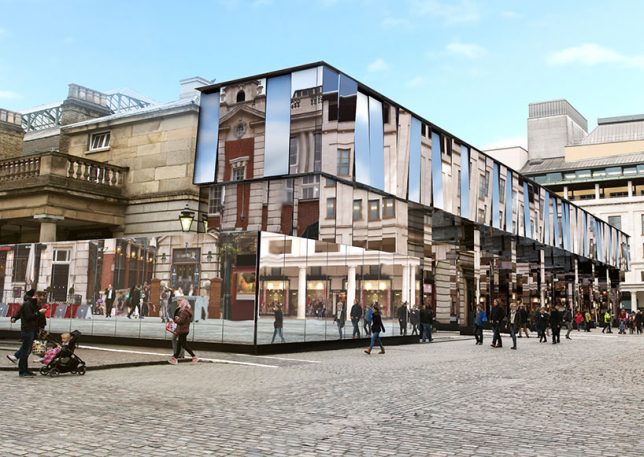 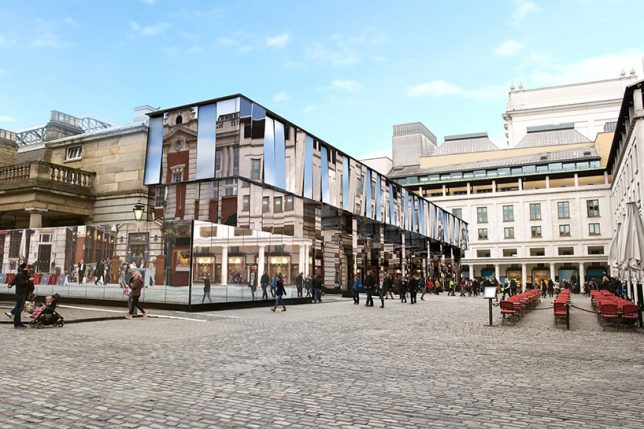 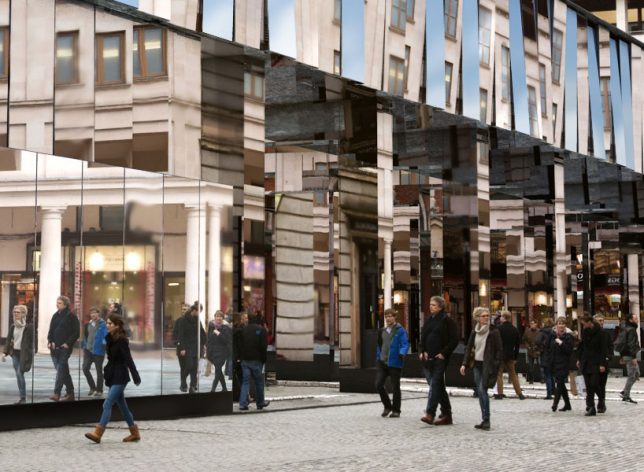 Design agency Sculptivate revealed plans to wrap the eastern facade of London’s Covent Garden with 32,000 square feet of mirrors to to create an interactive visual effect while concealing construction. “The refurbishment of the market building heralds a new era for Covent Garden so we want dot take a moment to reflect, and encourage our visitors to do the same,” says Beverly Churchill, Creative Director of Covent Garen. “We like to surprise so, rathe than opt for traditional hoardings, we’ve created something more visually arresting for our visitors to discover.” 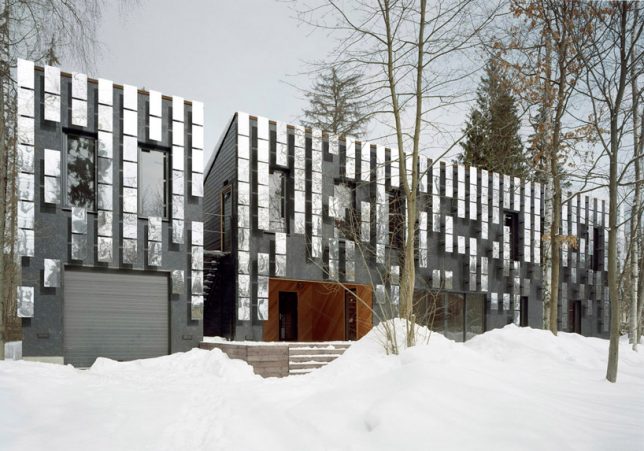 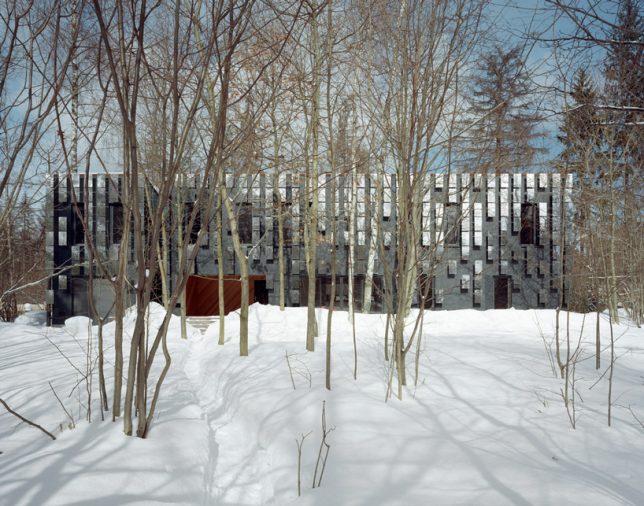 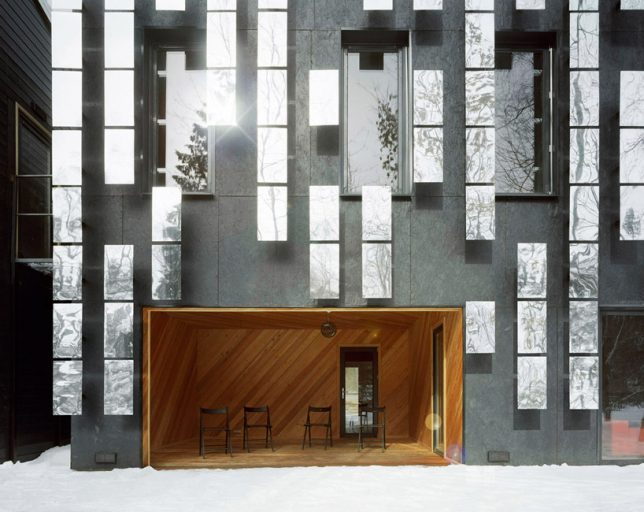 Russian firm Bernaskoni used metal wall brackets to hang dozens of mirrors away from the external wall of a modern home in Moscow, which cast shadows on the building behind them while reflecting the surrounding landscape. The result almost makes it seem as if you’re watching a photograph of a home dissolve into a separate photo of the woods. 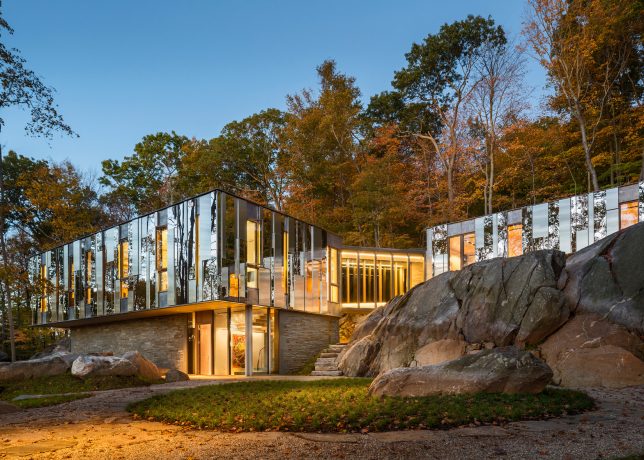 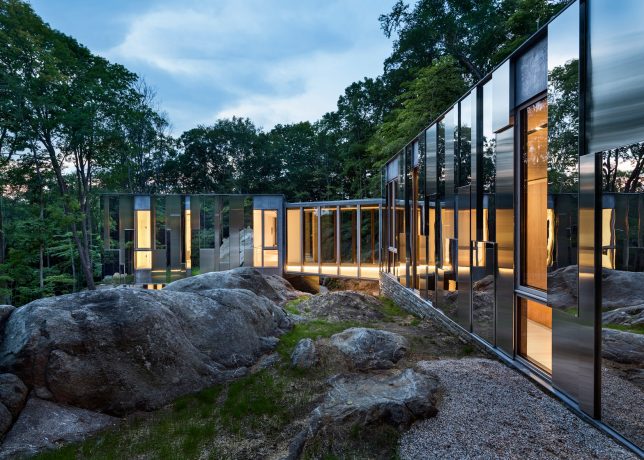 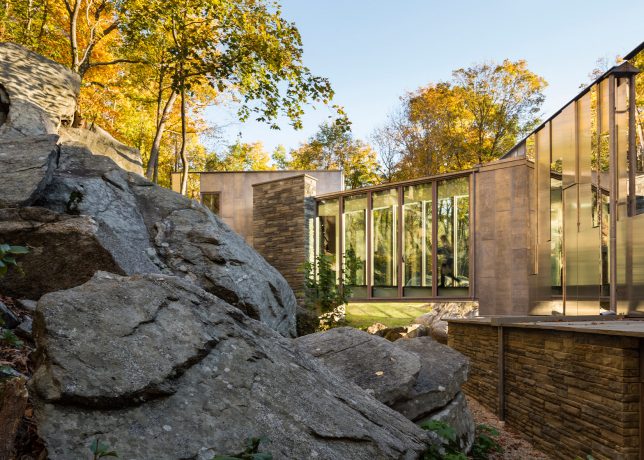 Pound Ridge House by Kieran Timberlake blends into its rocky environment in upstate New York with the entire second level covered in mirrors. “The owners were drawn to the almost magical sense of tranquility they felt upon their first visit to this heavily forested land, striped with loose-laid fieldstone farm walls from the 19th century,” say the architects. “They wanted to lie in a ‘house in the woods, of the woods’ – to feel the presence of the forest indoors and to commune quietly with nature and visit with guests within naturally lit, open, airy, warm rooms.”