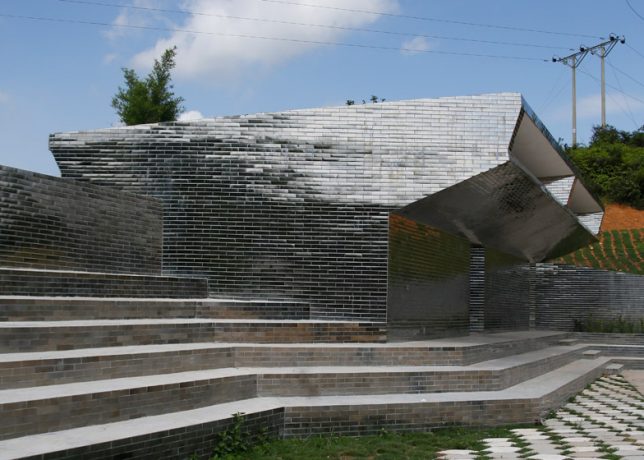 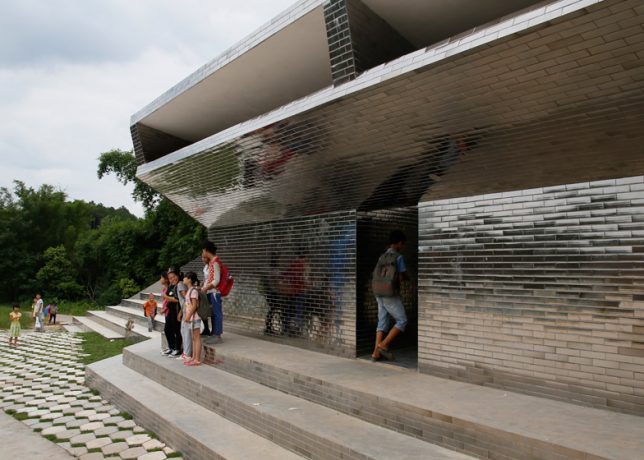 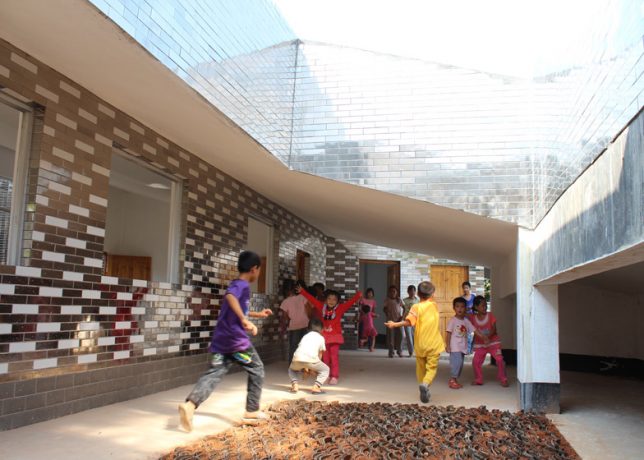 A toilet block at a primary school in China virtually disappears with the help of mirrored tiles. Hong Kong studio Rural Urban Framework wanted the building to recede, with visual focus on the adjacent playground. “We were interested in the contrast between the building’s rough exterior, and a completely different spatial experience. The smooth, reflective tiles catch light and create soft, blurry reflections, which are animated by the movement of the children.” 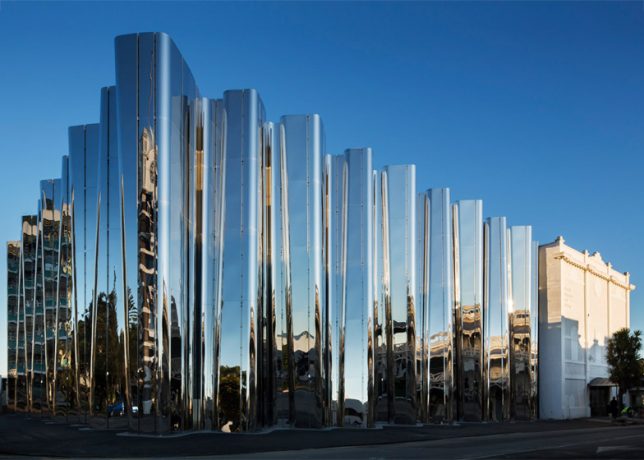 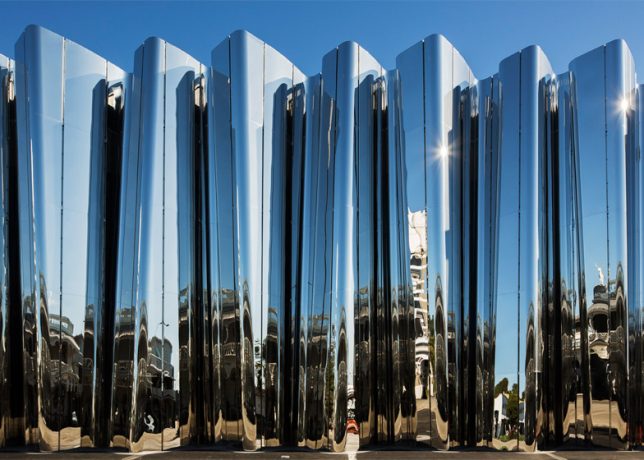 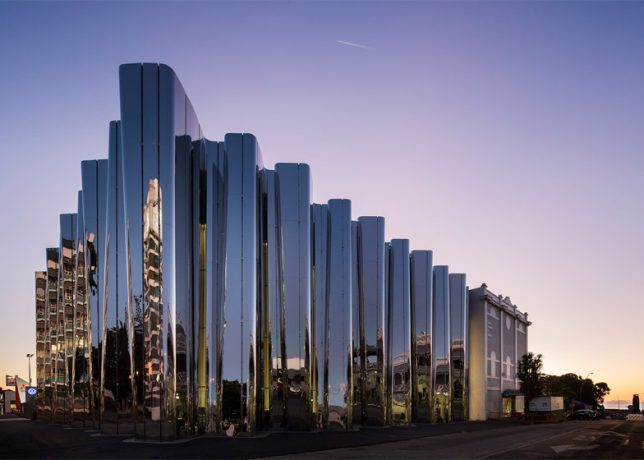 Highly reflective stainless steel in a rippling texture envelopes the new Len Lye Museum in New Plymouth, New Zealand, paying tribute to the work of the titular experimental artist. The slightly disorienting effect is a fitting match for Lye’s pioneering video artwork and kinetic sculptures. “The shimmering, iridescent colonnade facade, manufactured locally using stainless steel – Taranaki’s ‘local stone’ – links both Lye’s innovations in kinetics and light as well as the region’s industrial innovation, says Andrew Patterson of the firm Pattersons Associates. “By doing this we celebrate the fortunate gift of his works to Taranaki.” 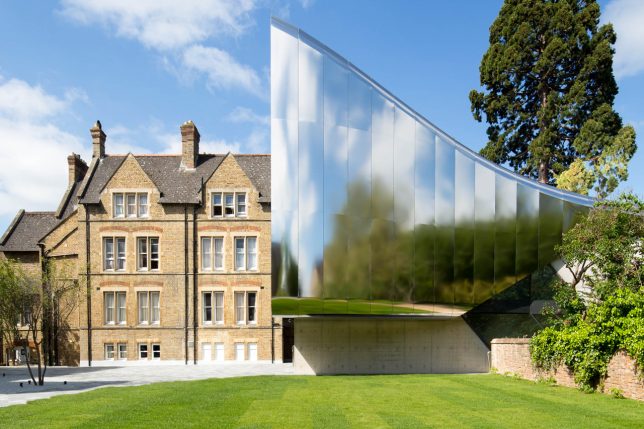 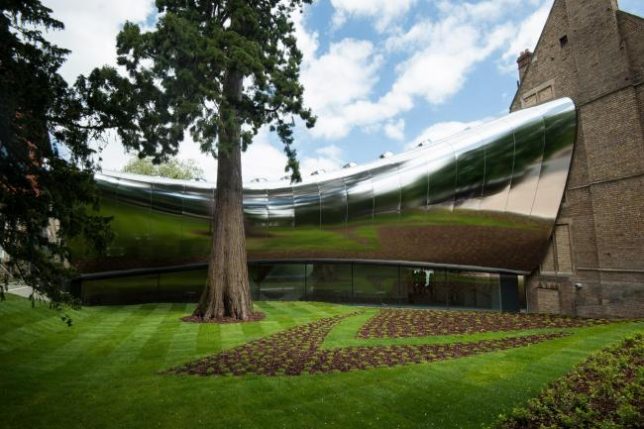 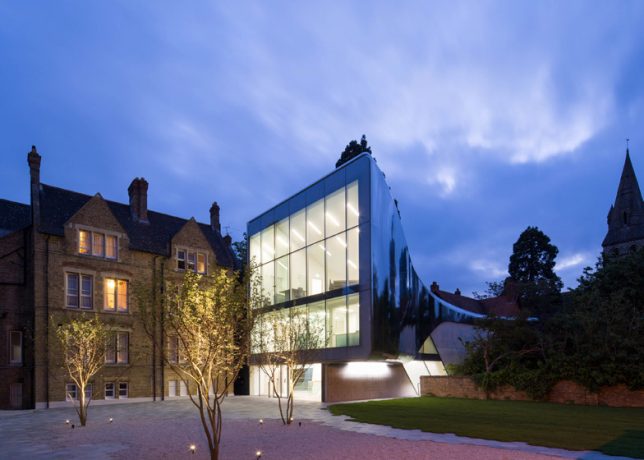 Completed in 2015, this stunning reflective tunnel at the University of Oxford stands as a striking example of Zaha Hadid’s architectural genius. The Investcorp Building, as it’s known, is an expansion to the Middle East Centre and houses a new lecture theater, library and archive. The fluid, reflective modern design acts as a link between the traditional Victorian architecture and the 1970s Brutalist-style Hilda Besse building nearby. 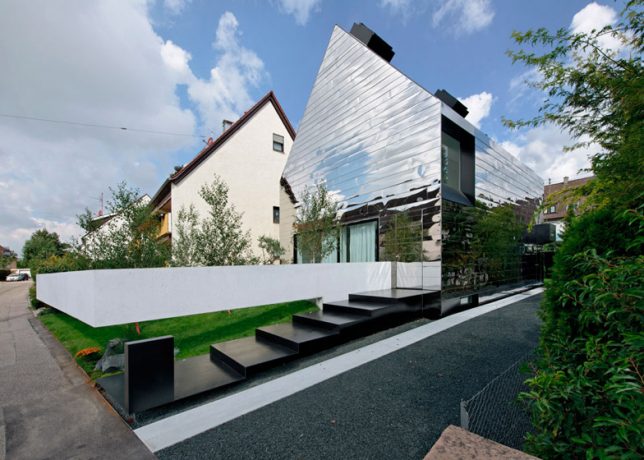 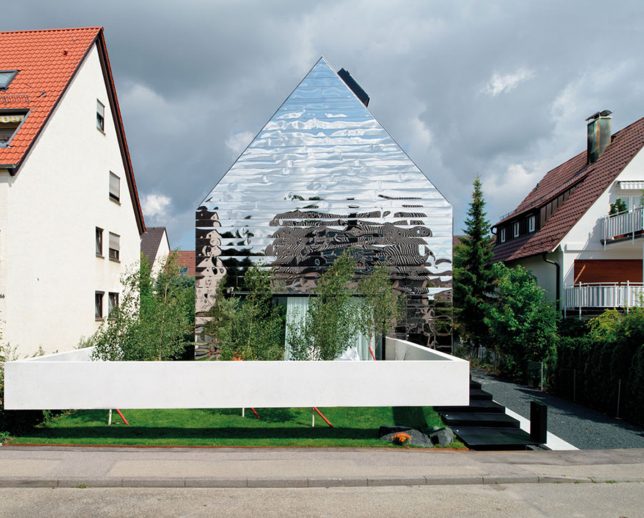 Funhouse-style mirrors update the facade of a 1950s home in Southwest Germany by architect Bernd Zimmerman. The owners wanted to stick to the local vernacular, keeping the original shape and size of the home while modernizing its exterior. “The stainless steel covering, coherent on walls and roof, reflects the environment and wants the house to dematerialize, in order to adapt to the existing surrounding without being subordinated to it,” says Zimmerman. 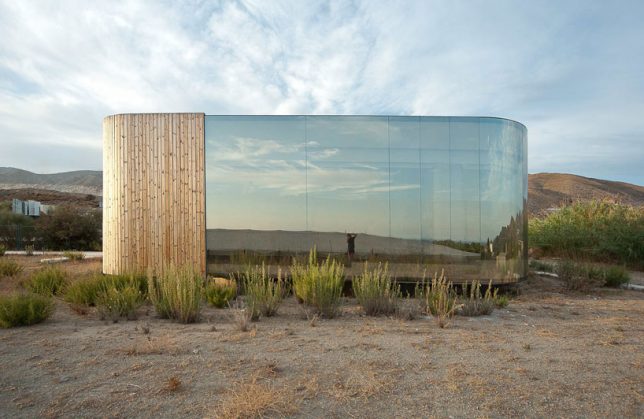 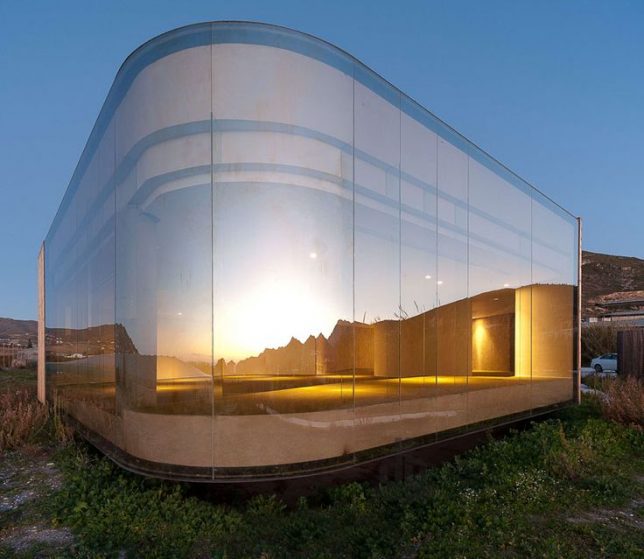 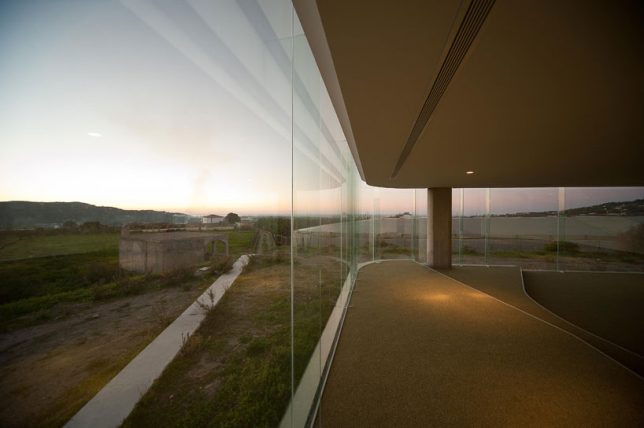 Jesús Torres of García Architecture clad half of a pavilion with timber and the other half with mirrors to reflect the “remarkable landscape” of its setting near the Mediterranean Sea in Spain. “The non-program pavilion reaches the idea of disappearing in the landscape, attempting to erase the division between the intervention and the area,” says the architect. “this concern of integration reaches the point where the landscape generates the architecture itself.”