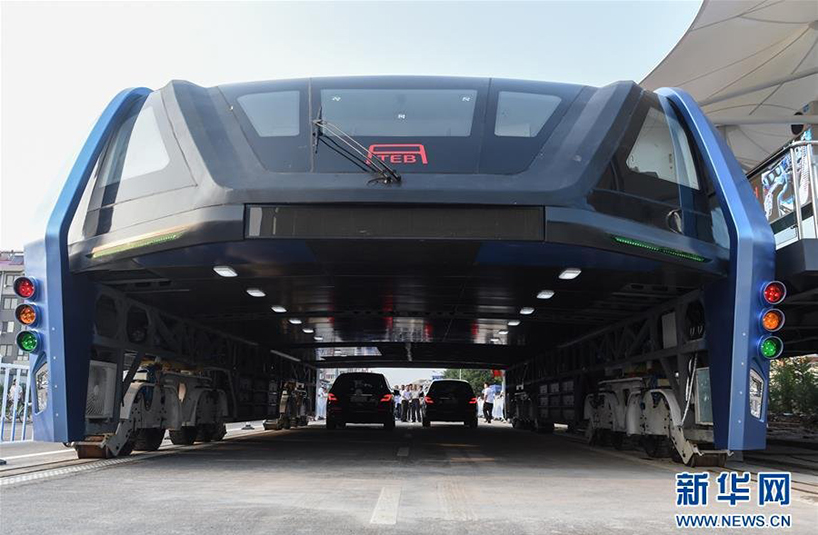 Initial plans to develop a lane-spanning bus in China were met with great enthusiasm but some skepticism, the latter of which is now being addressed via a real-life, full-sized prototype.

The idea is simple: a bus that arches over traffic is neither hinders nor is hindered by other vehicles on the road. Its mass and reduced need to start and stop also make the bus more sustainable than most transit options in terms of energy efficiency as well. 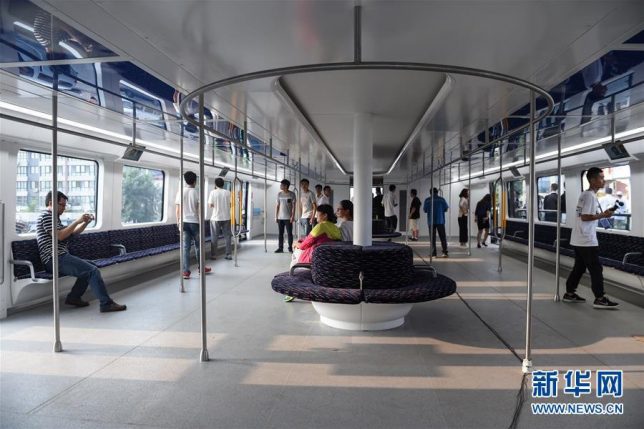 The mega-vehicle is spacious and vast, 72 feet long, 25 feet wide and 16 feet tall. With seven feet of clearance, leaves plenty of room below for ordinary road vehicles. 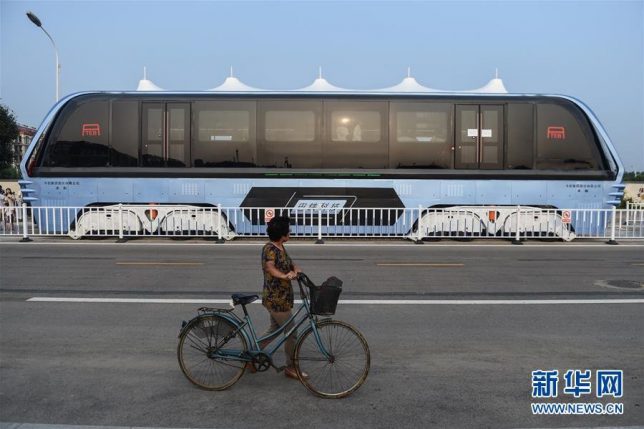 The bus runs on specialized tracks on either side of two-lane traffic roadways and can carry up to 300 passengers at top speeds of up to 60 miles per hour.

Since the concept has been demonstrated, countries including Brazil, France, India and Indonesia have expressed interest in the TEB-1 system, hoping to deploy it on their own congested urban roadways.