A biblical theme park contained within a huge ark (the largest timber-framed structure in the world) has opened in Kentucky, just as the region was hit hard by heavy rains and flash floods. Expecting an initial rush of visitors, the ark will have extended hours of operation for 40 days and 40 nights, coinciding with duration of the biblical fable of the great flood. 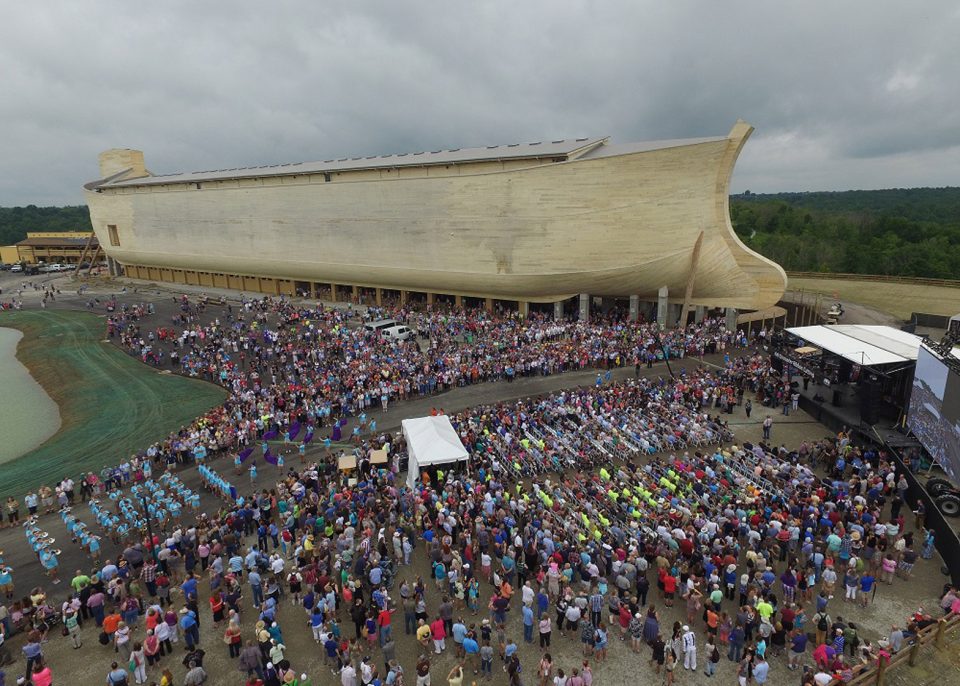 Built by Amish carpenters to dimensions described in the Bible, the main Ark Encounter structure is close to 500 feet long, 100 feet wide and a 50 feet tall. It was created by Answers in Genesis, a fundamentalist Christian organization, close to their existing Creation Museum. The megastructure is meant to serve as an education center as well as adventure playground. 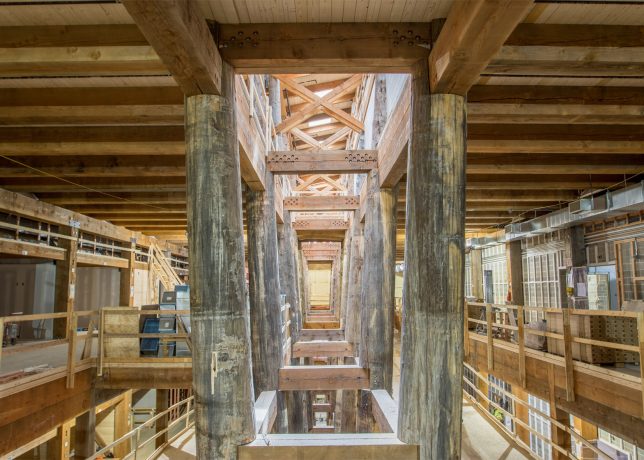 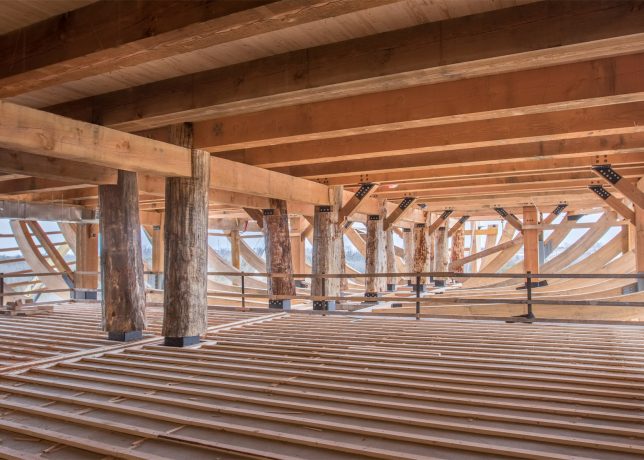 The original ark, as the story goes, was designed to save Noah, his family and pairs of animals from a great flood that swept the world clean of sinners. “In a world that is becoming increasingly secularised and biased, it’s time for Christians to do something of this size and this magnitude,” said Answers in Genesis chief executive Ken Ham. The new version employs somewhat more contemporary materials and construction techniques, connecting large timber logs with steel braces. 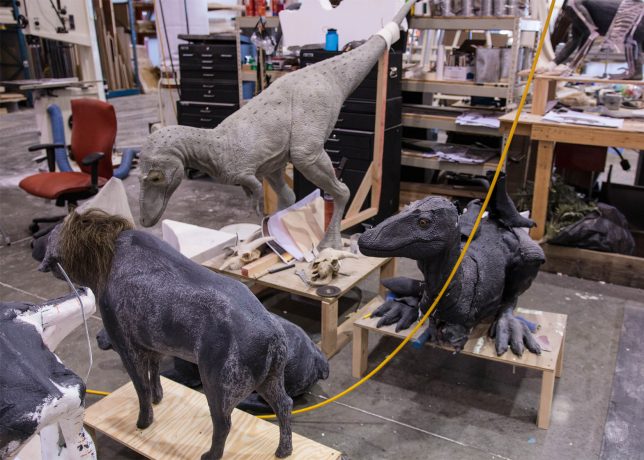 The modern-day complex is designed to be accessible to all Americans, located less than a day’s drive from most of the country. In addition to scenes of dinosaurs living on the ark alongside humans, it features zip lines, petting zoos and camel rides. 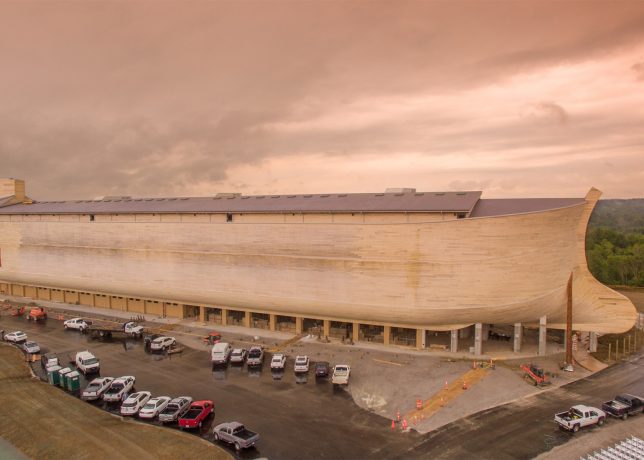 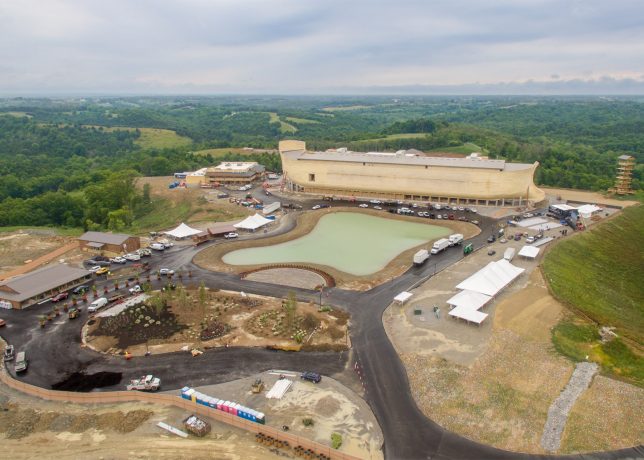 Controversially, the $100,000,000 project was made possible in part through sales tax incentives, a fact that does not sit well with all residents of the state. Alas, anyone seeking to survive the next great global purge will find that the ark itself does not float, though it may provide some high ground in a storm.