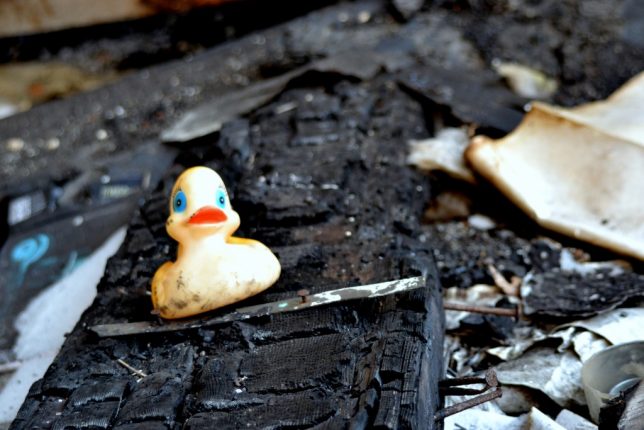 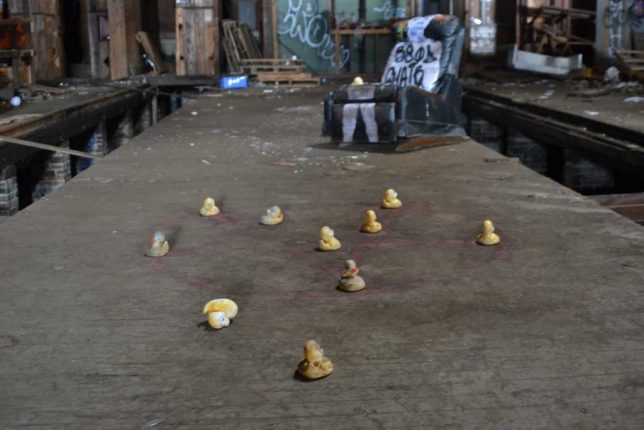 Does the graffiti scrawled on the armchair above read “BBQ QUACK”? Because that would be eerily prescient. In any case, the story of the Duck Factory begins long before the appearance of those iconic rubber duckies.

Toys In The Attic 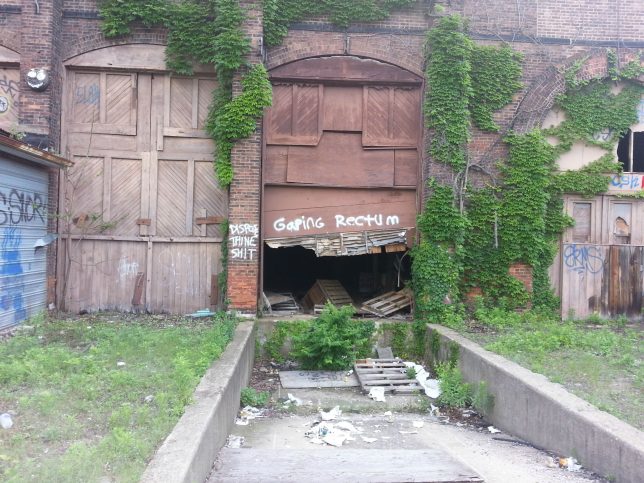 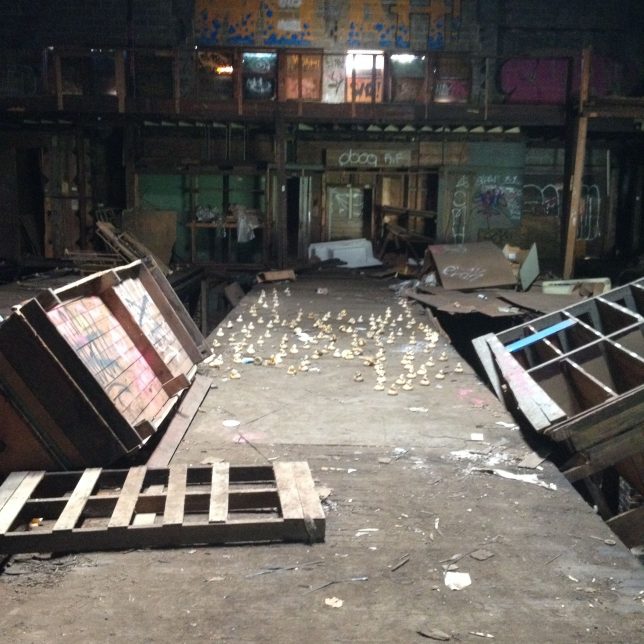 The presence of deep, dry dock-like bays in the building’s floor points to its original incarnation as a maintenance barn for trolley cars. Betcha didn’t know the Cleveland Transit System ran on a network of streetcar tracks for over fifty years, with the last streetcar being retired in early 1954. At the dawn of the Space Age, the then-purposeless building was bought by Woodhill Supply and the inconvenient sunken maintenance bays were covered with metal sheeting.

You Must Be On Quack 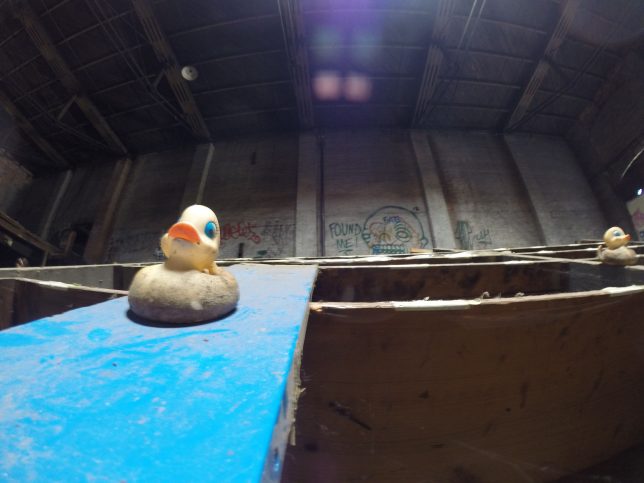 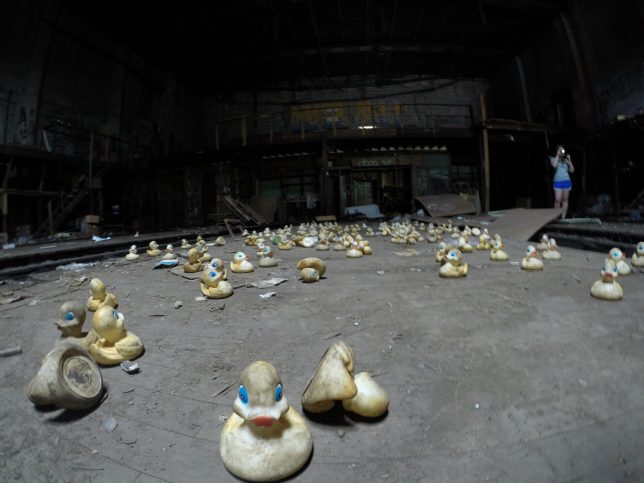 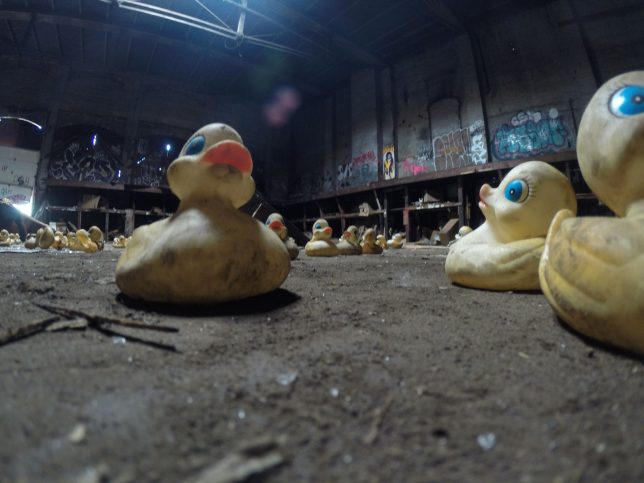 Woodhill would end up occupying the brick warehouse until 2011, when increasing maintenance costs began to take a financial toll on the company… but we’re getting ahead of ourselves. About 15 to 20 years ago, Woodhill president Arnold Kauffman was approached by a local charity that had been organizing rubber duck “races” on the nearby Cuyahoga River. Yes, the same river that infamously caught fire in 1969 (and a dozen times before) – how’s THAT for foreshadowing! The charity asked Kauffman if they could store the ducks at the warehouse between events.