The “Duck Factory”, a century-old abandoned warehouse in Cleveland’s Little Italy home to hundreds of toy rubber ducks, has finally kicked the bucket. 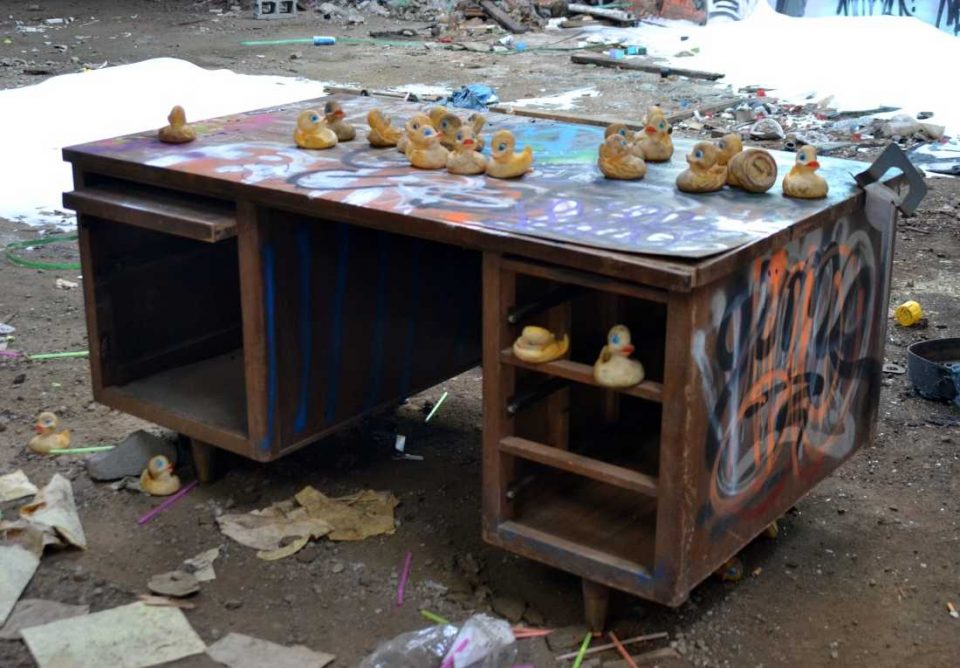 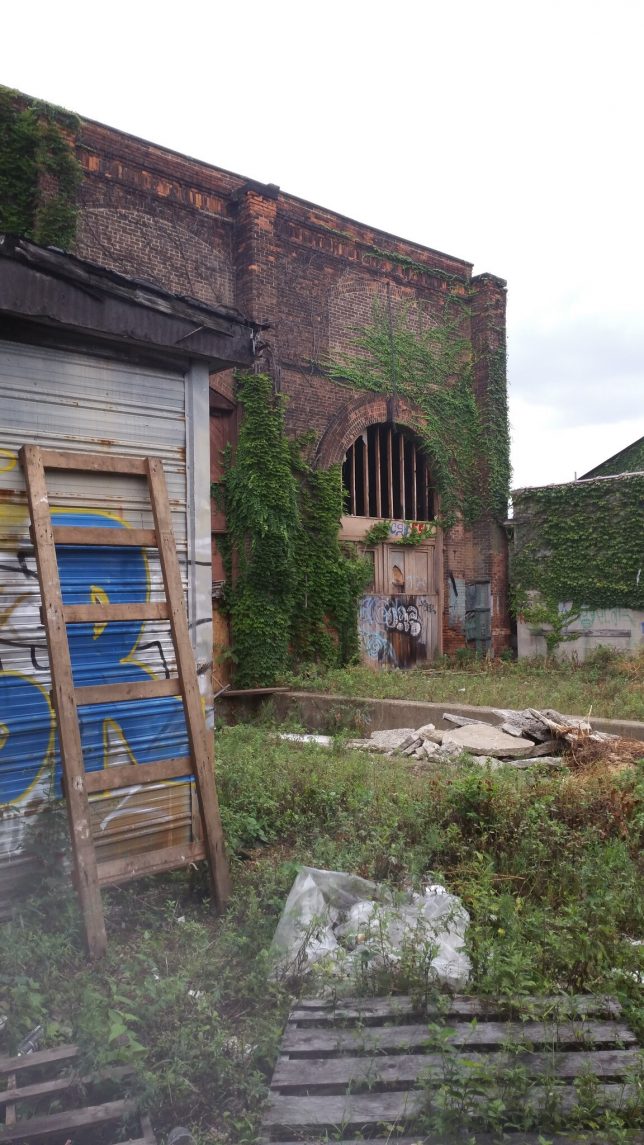 Urbex explorers – not to mention Sesame Street’s Ernie – have suffered a grievous blow with the sudden loss of the former Woodhill Supply, Inc. warehouse in Cleveland’s University Circle neighborhood. Not that the east-side eyesore was on an irresistible descent into decay and deterioration, mind you: real estate developer Visconsi Companies, Ltd. had already received approval to tear down the old warehouse and replace it with 200 luxury apartments. 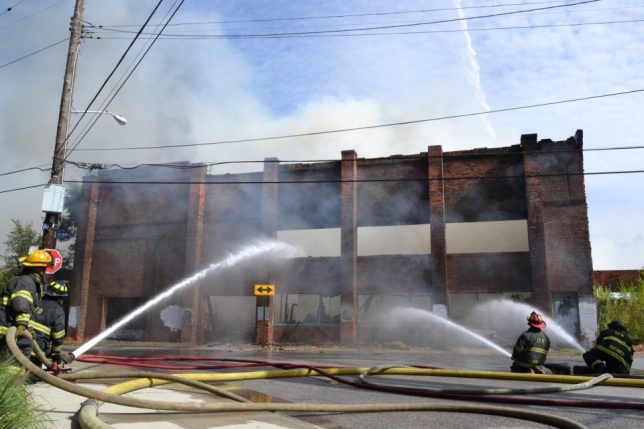 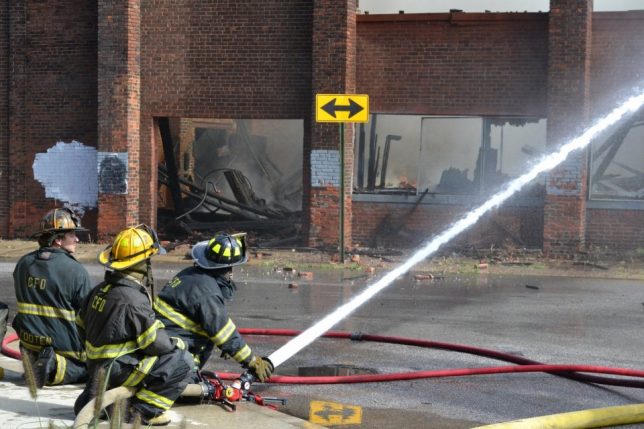 A devastating fire early on Sunday, September 27th of 2015 put the first part of that plan on the fast track – the smoldering remains of the brick building located at the corner of East 120th Street and Coltman Avenue were demolished later on that very afternoon. The origin of the blaze is yet to be determined but authorities suspect (ahem) fowl play. 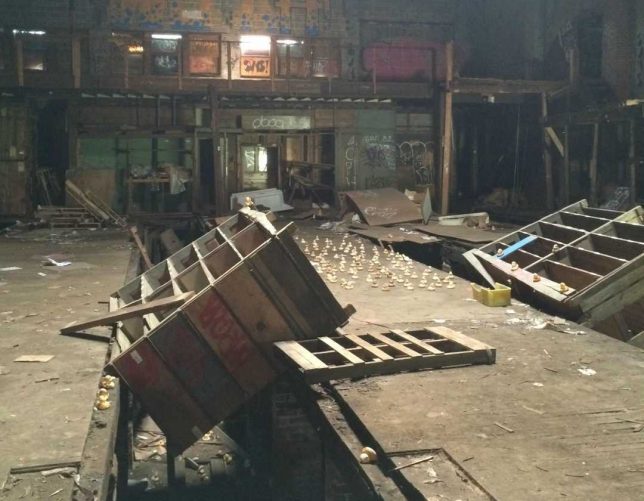 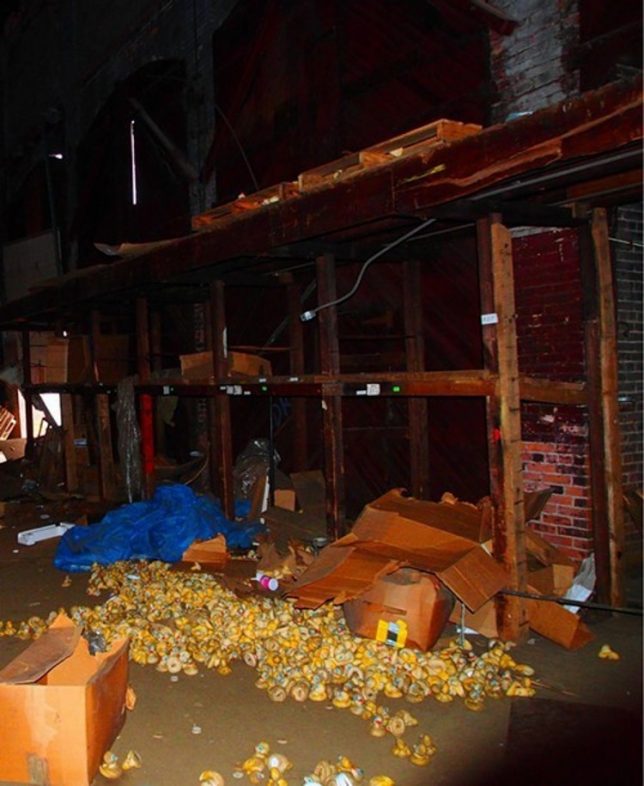 Though it may be gone, Cleveland’s “Duck Factory” lives on thanks to the relative permanence of physical and virtual media; not to mention the efforts of uncounted urbex explorers who have documented the otherwise unremarkable icon for many years. 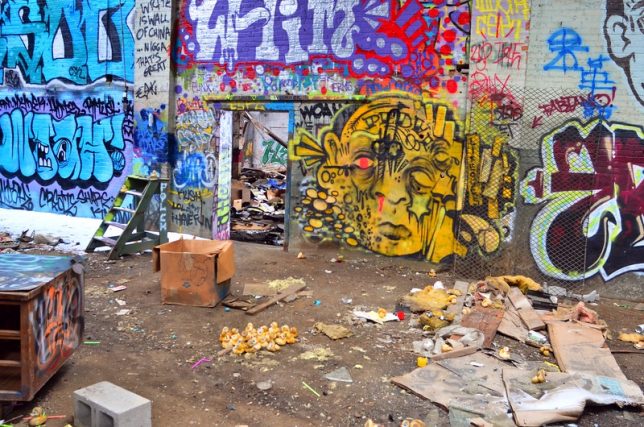 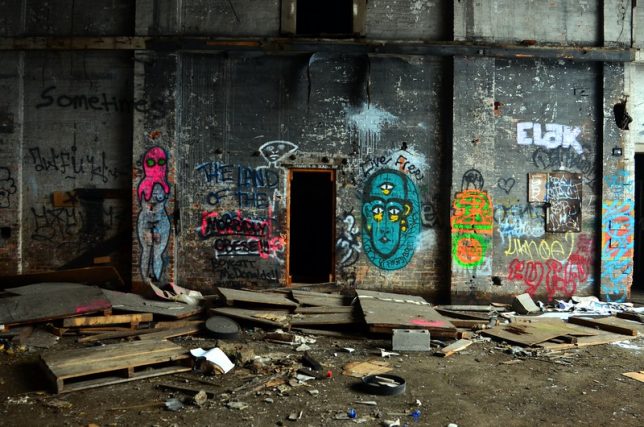 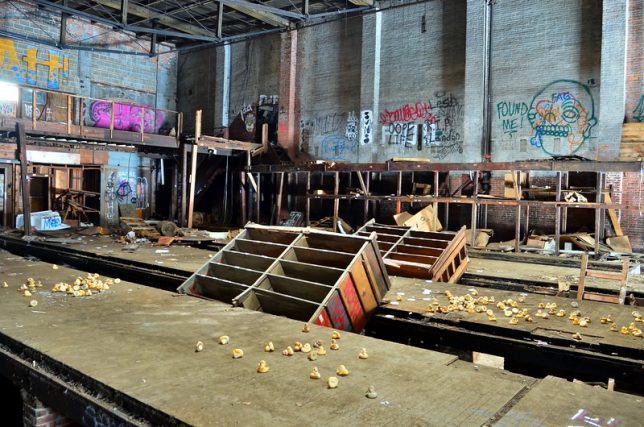 By “otherwise unremarkable”, we mean that without those signature rubber ducks this abandoned factory would be forgotten as easily as any number of other rotting relics of the American rust belt.