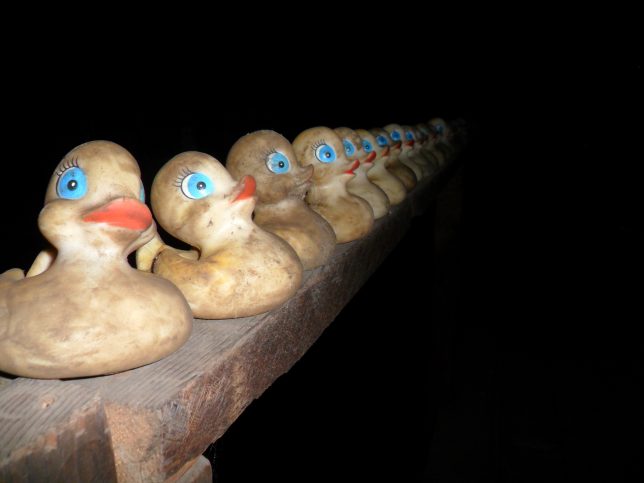 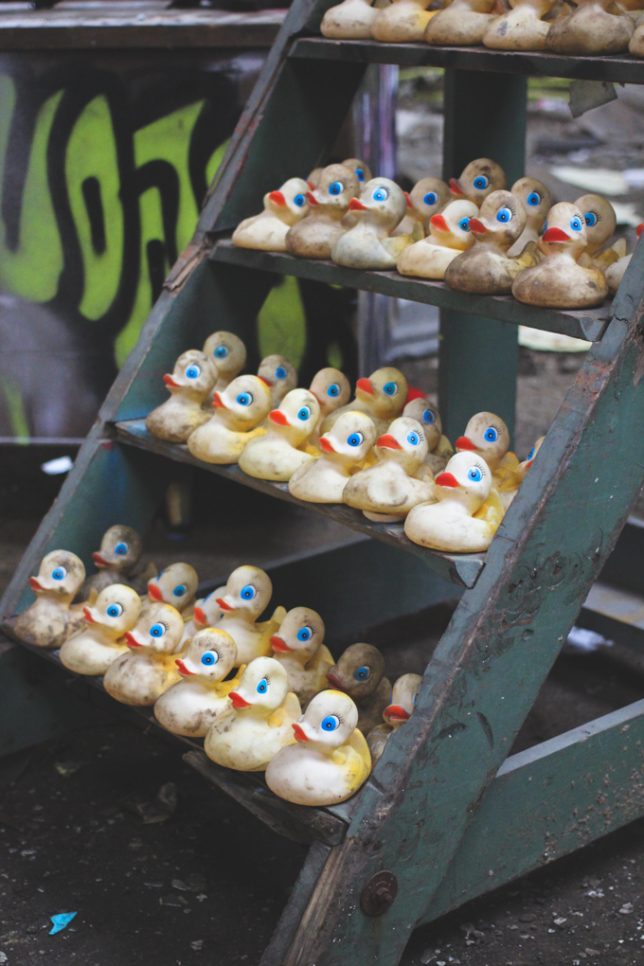 “We had space, and I said sure,” explains Kauffman. “[The ducks] were there for many years, just sitting on the shelf.” Crucially, however, the ducks were left behind when Woodhill vacated the building. “They’re everywhere in there,” stated Barry Fader, Senior Vice President of Visconsi Companies, Ltd., in May of 2015. 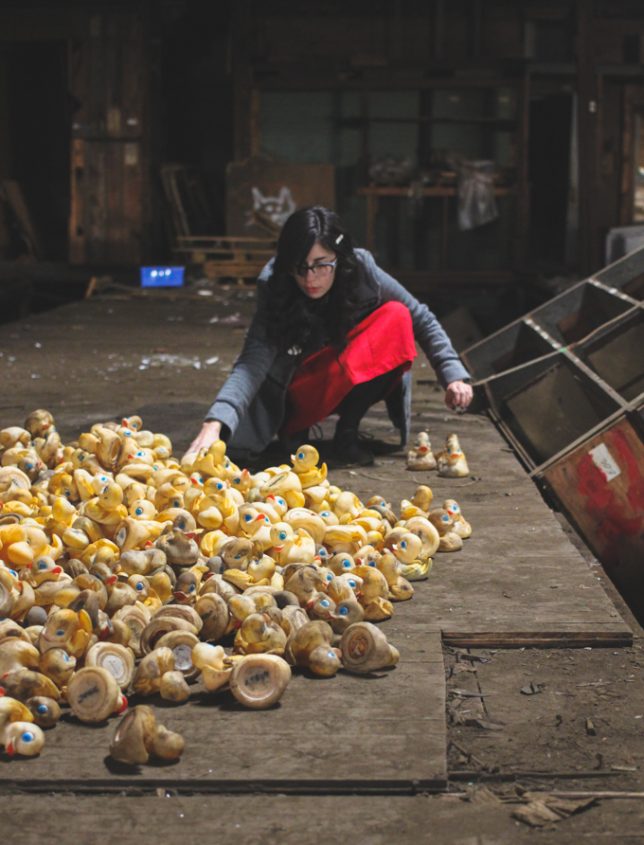 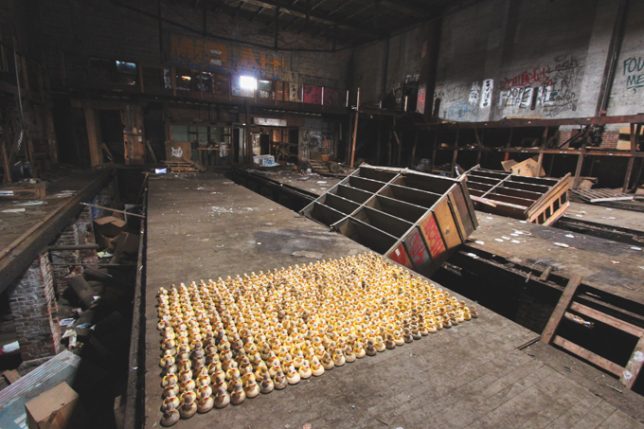 “Two years ago I’m the person who had the job of clearing out this warehouse,” comments onedaylikethis, an anonymous witness to the ducks’ abandonment. “The only thing we didn’t throw out was those few boxes of ducks… I figured someone would get a kick out of finding them.” And so they did! 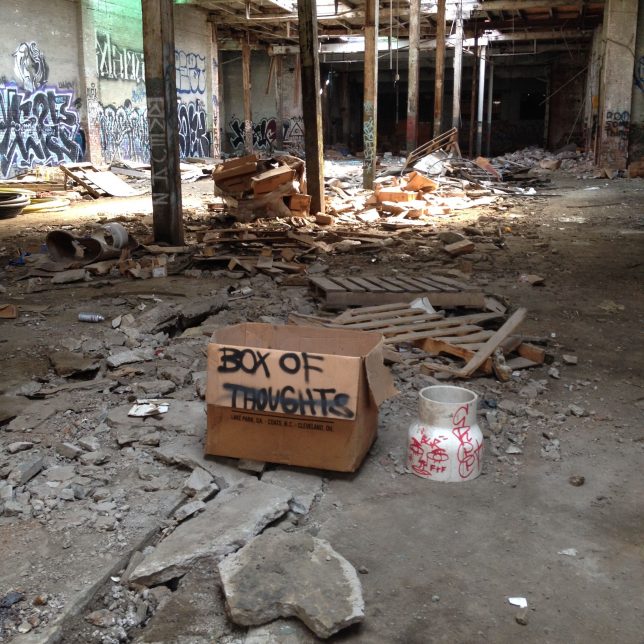 Indeed, up until the last and most destructive fire (many smaller blazes had been set before), the scattered rubber ducks had added a unique flavor to the abandoned Woodhill warehouse. Visitors delighted in organizing the ducks into rows and phalanxes, which was a nice change from the usual wanton destruction and vandalism to which abandoned buildings are typically subjected. 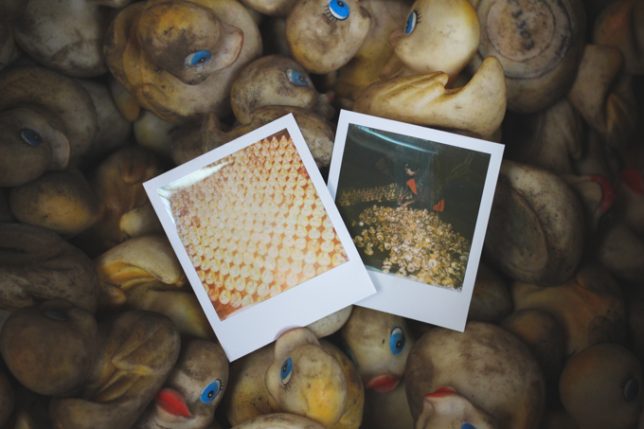 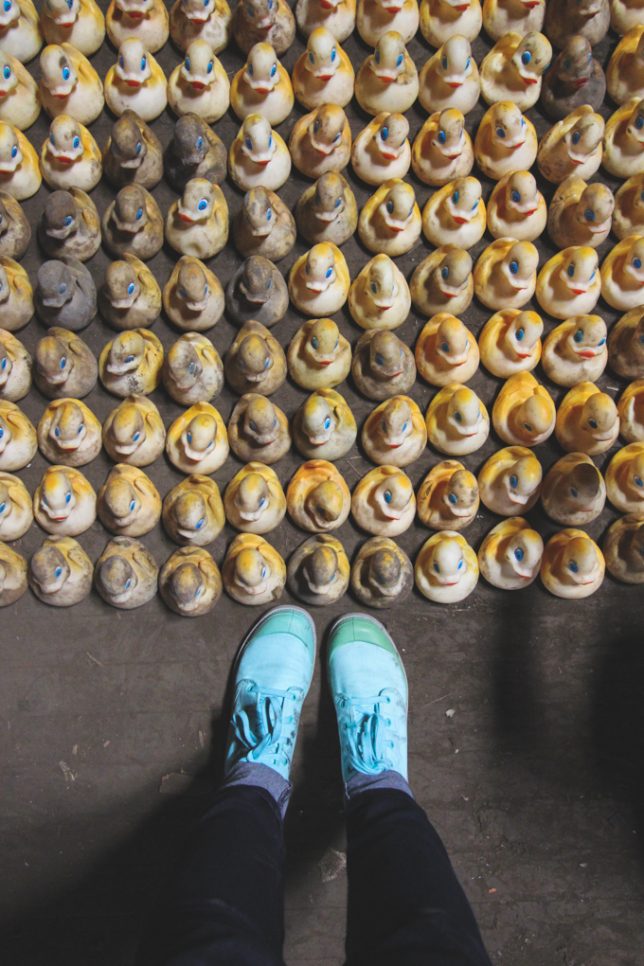 As one might expect, visitors to the “Duck Factory” frequently made souvenirs of a duck (or two) yet even in mid-2015 it was possible to observe a multitude of ducks scattered here, there and everywhere around the warehouse. 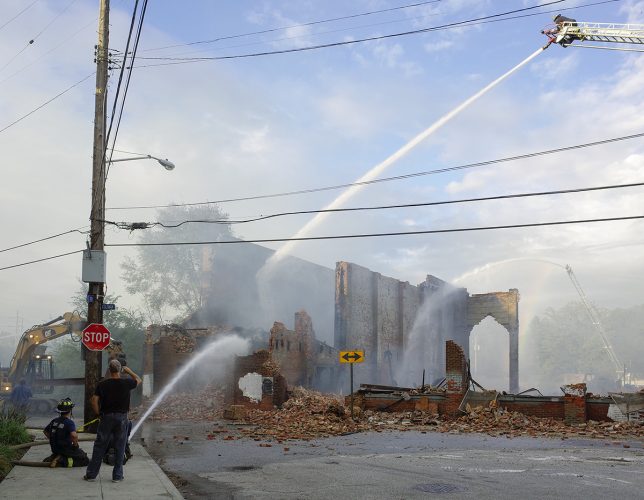 The burning down and almost immediate demolition of the old Woodhill warehouse caused ALL of the resident rubber duckies to lose their “lives”… and the possibility of another “Duck Factory” being discovered somewhere else is beak, er, bleak.