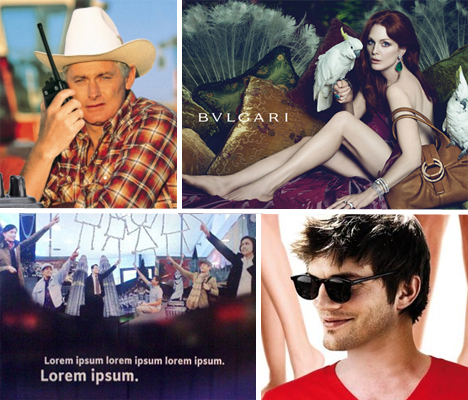 When you’re on a tight budget and up against a deadline, it can be tempting to rush a Photoshop job for an ad, a magazine cover or product packaging. But shortcuts and overzealous image editing can result in more hilarious mistakes like these: stray telltale watermarks, missing reflections and body parts twisted like taffy until they barely seem human. 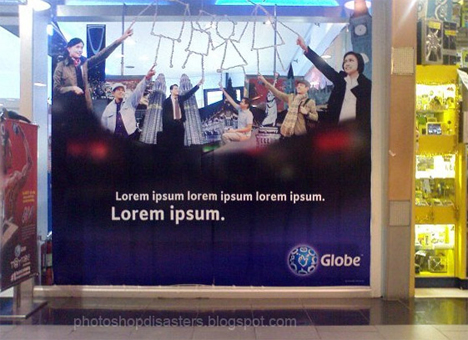 Unless Globe’s newest product is called “Lorem Ipsum”, somebody screwed up big time with this ad – actually installed in a public place – featuring the classic dummy text still in place. 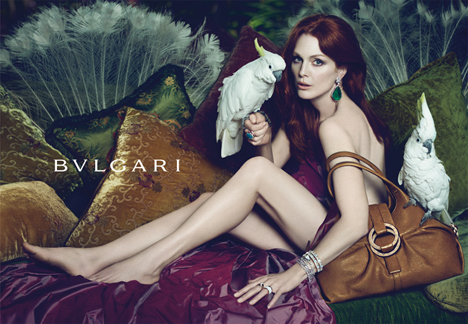 Who knew that all these years, acclaimed thespian Julianne Moore has been hiding devastating deformities: a severely shortened torso, a concave chest and a humpback. What a dazzling testament this revelation is to her abilities as an actress.

Ahead by a Nose 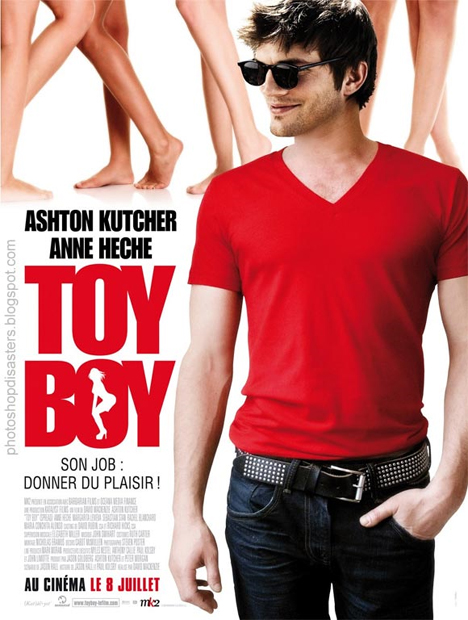 Deciding that this cover needed a little something extra, the designer seems to have added a rather improbable pair of sunglasses. Of course, they didn’t look quite right, but a quick fix was found: giving Ashton Kutcher a reverse nose job. 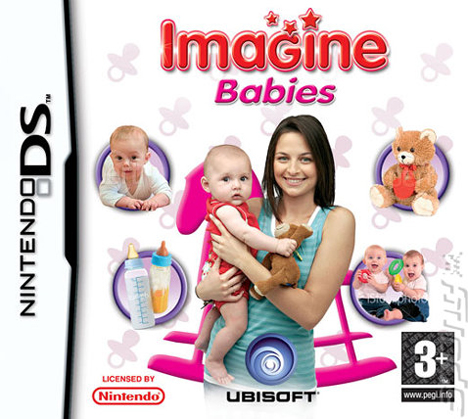 Nintendo is a multi-billion-dollar company. A stock photo from istockphoto.com costs approximately $12. But apparently that’s $12 too much, judging from the watermark still present on the cover of this DS game for little girls. 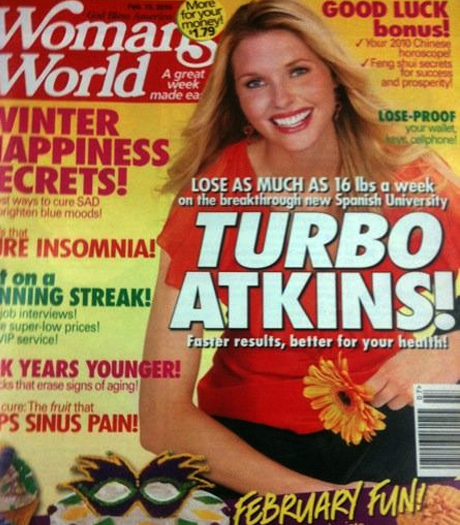 Public service announcement for magazine cover designers: shrinking heads to fit models around the logo requires going through an awful lot of trouble for results like this unfortunately mutated woman. Not only is cropping easier, it preserves that desirable “real human” look. 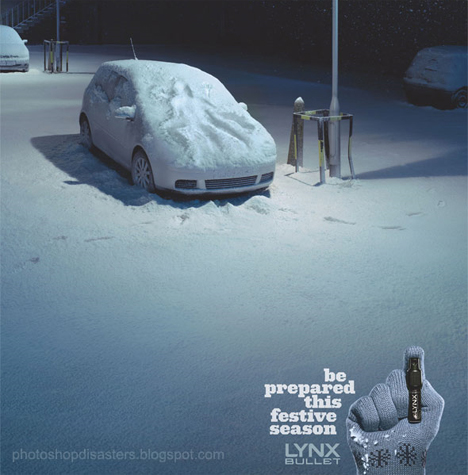 “Be prepared this festive season”… to make a passionate snow angel on the hood of your car all by yourself, judging from the single set of footprints to and fro.

Putting it in Perspective 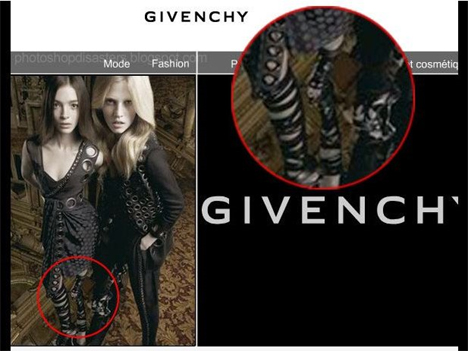 (image via: the fashions spot)

There’s no telling what’s going on here: both models are juxtaposed against a bizarrely floating background that gives no sense of space whatsoever. But even more curious is the double-footed, partially foreshortened right leg of the girl on the left. 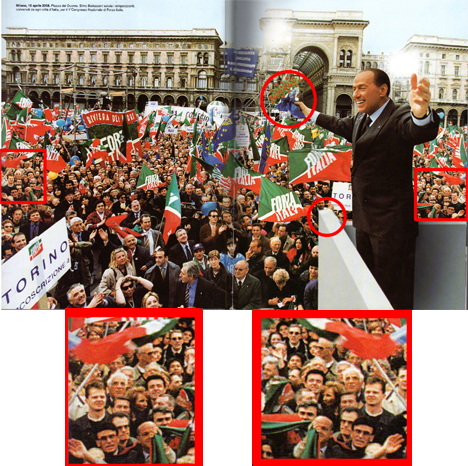 Sex scandals and questionable mob ties aside, Italian Prime Minster Silvio Berlusconi is a fairly popular leader. But apparently, the crowd at this rally just wasn’t robust enough for the liking of whoever put this magazine spread together and not only cloned several groups of onlookers, but placed a fake bouquet of roses in Berlusconi’s hand. 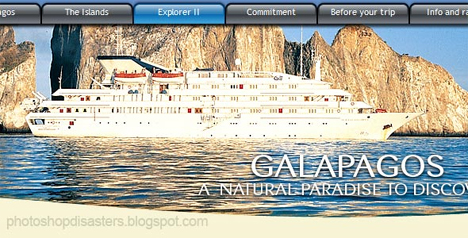 Rule number 1 in Photoshop: never neglect the reflection. The Galapagos Explorer appears to be some kind of ghost ship that casts neither a reflection nor a shadow. 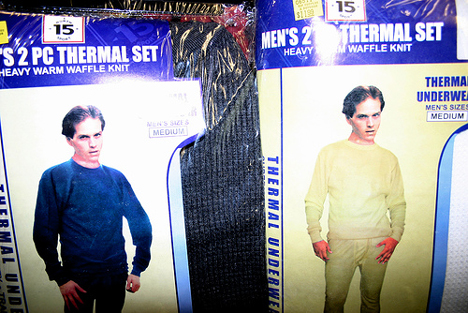 (image via: its hailing)

“These thermals just aren’t selling, and I can’t imagine why. I mean, it can’t possibly have anything to do with the giant child molester heads we pasted onto the models’ bodies.” 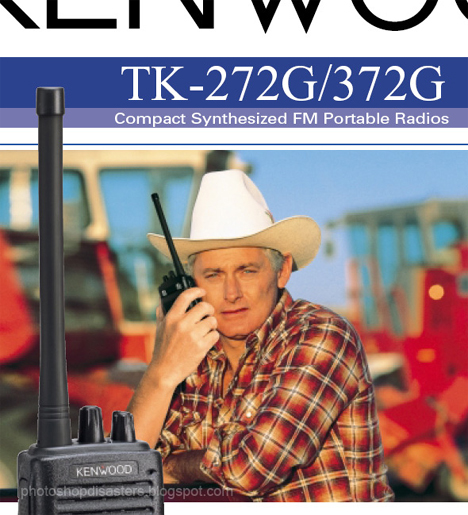 There’s a perfectly reasonable explanation for this. You know how some celebrities have umbrella holders? Clint here simply has his own personal radio holder. His other arm’s got much more important things to do.