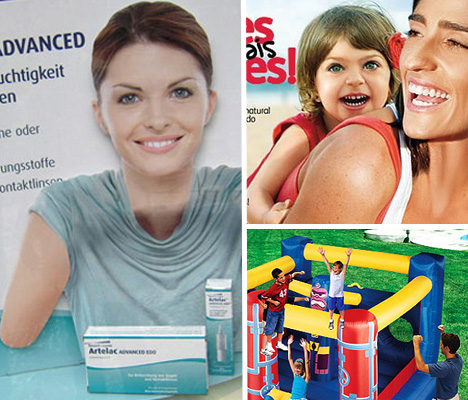 Forget silly things like human anatomy and the laws of physics. When it comes to Photoshop, reality needn’t apply – just clone, rotate, skew, blur and hope nobody notices. From missing limbs to outrageously overzealous retouching, an incredible number of Photoshop screw-ups have graced magazine covers, product packaging and store displays. 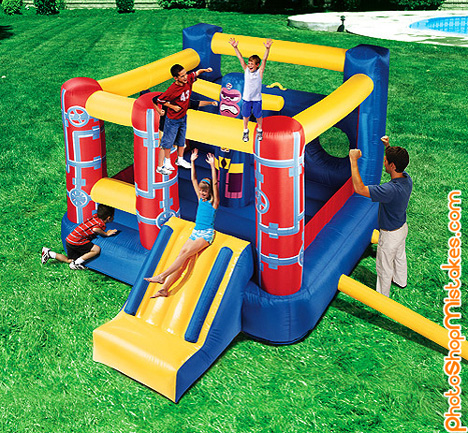 Either this ‘bounce house’ offered by Walmart has truly amazing properties – causing kids to magically turn into hobbits and develop the ability to float in mid-air – or it’s being marketed to a very small group of tiny mutant children. Either way, that one kid floating above the slide should probably get his parasitic twin checked out by a doctor.

Why Bother with Fine Print? 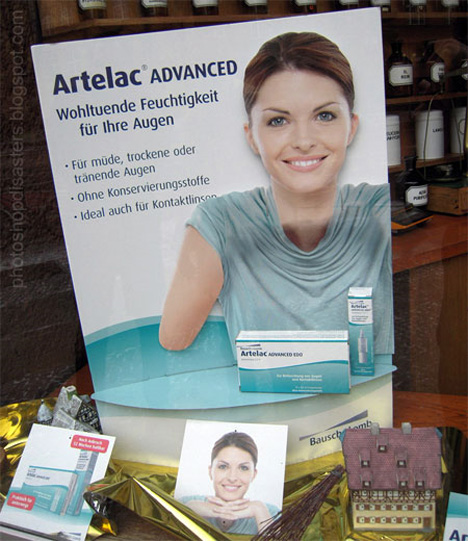 You’ve got to hand it to Bausch & Lomb (if you still can, that is): at least they’re up front about the terrible, disfiguring side effects you can expect to experience after using their products. They don’t try to hide it in 12 paragraphs of fine print on their website, it’s right there in the ad. Or, perhaps they’re sending the message that if we use their eye drops, we, too, will be too blind to see glaring mistakes like missing limbs. 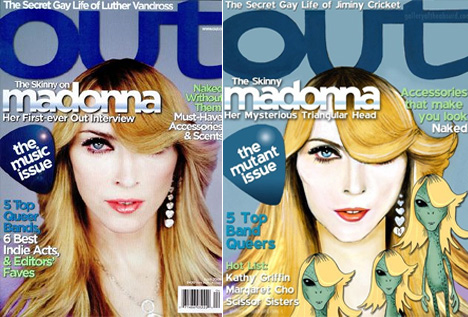 (images via: All About Madonna + Gallery of the Absurd)

It was a real head-scratcher. When this issue of Out Magazine debuted, people were wondering why Madonna suddenly looks like an alien with a pinhead. It seems that some ‘creative’ Photoshopping was used not only to shrink her skull, but make her shoulders disappear as well. 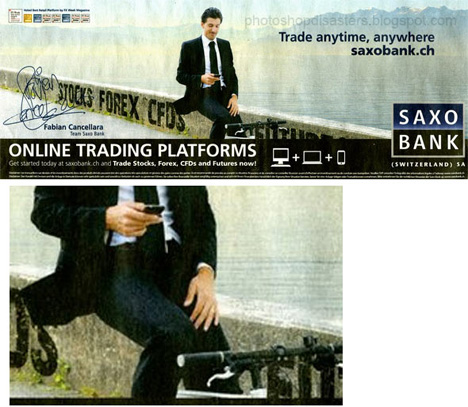 It’s hard to tell exactly what the graphic designer was going for here. Perhaps they erased part of the bicycle to work on the wall and forgot to put it back in, or they wanted it to appear as if the man was sitting on the wall and neglected to take out the front part of the bike. Or maybe they’re trying to tell us that if you trade with Saxo Bank, they’ll send you a really cool half-invisible bike.

That Weight Loss Will Cost You 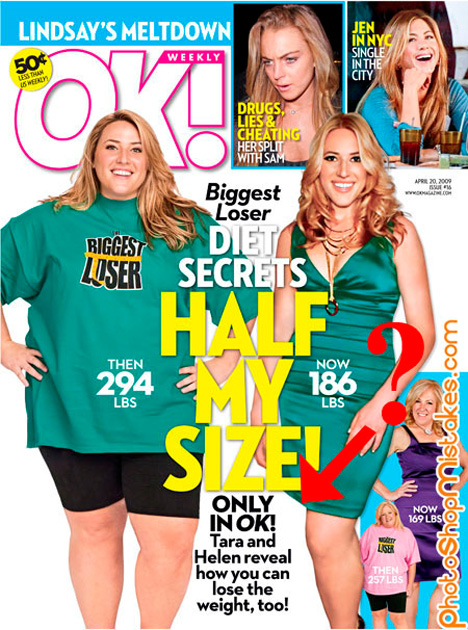 Tara had heard the rumors about extreme weight loss tactics on The Biggest Loser, but she wasn’t prepared for the terrible price she would ultimately pay to reach her goal. But that’s okay, she was never all that fond of her right leg anyway.