Suspend Your Disbelief for a Moment 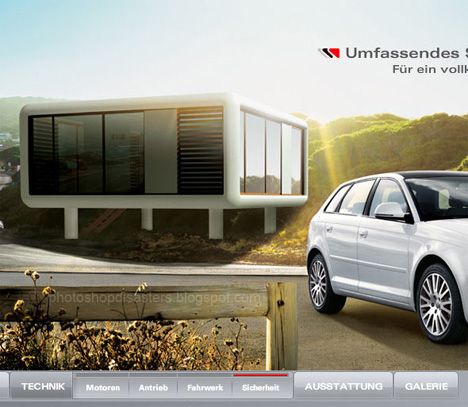 “Hmmm, this image of an Audi parked in front of a fake background needs a little something. How about some snappy architecture? Oh, don’t worry about reflections, the size relative to the background, or the feasibility of placing such a building right on the edge of the highway. Make sure there are at least three different light sources, too.”

You, Too, Can Have a Magic Giant Check 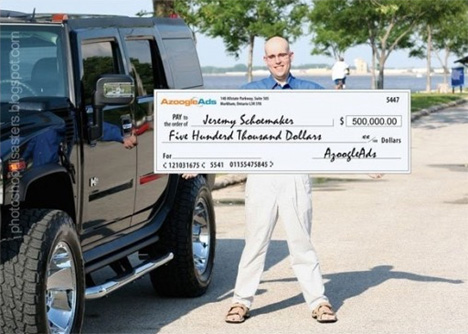 Just look at this incredibly lucky, successful guy. Nothing says prosperity like a Hummer, a seaside locale and a giant check for half a million dollars. Spelling ‘hundred’ wrong doesn’t take away from the legitimacy at all. But you know what makes this image even more effective? Using a magic giant check that doesn’t cast a shadow or show up in reflective surfaces. 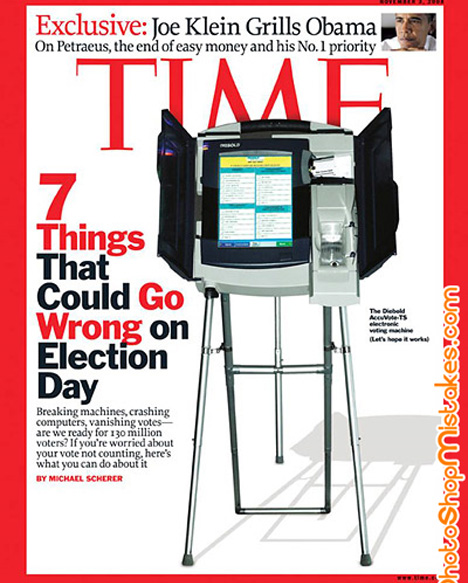 Images like this prompt one to wonder if, minutes before the magazine went to print, some editor thought to herself, “This voting machine really needs a shadow to give some balance to the overall composition of the cover.” But the graphics department had already gone home. No worries – the editor can totally handle it herself. It’s just a shadow. And doesn’t it look great?

When a Photograph Becomes a Cartoon 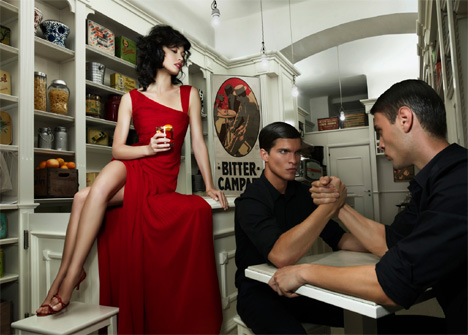 If this were meant to be an illustration, then perhaps the model’s pulled taffy legs and the curiously wax-like figures of the arm-wrestling men would be understandable. But this image from the 2010 Campari calendar, featuring Olga Kurylenko, stands out as absurdly fake even among 11 other heavily Photoshopped images. 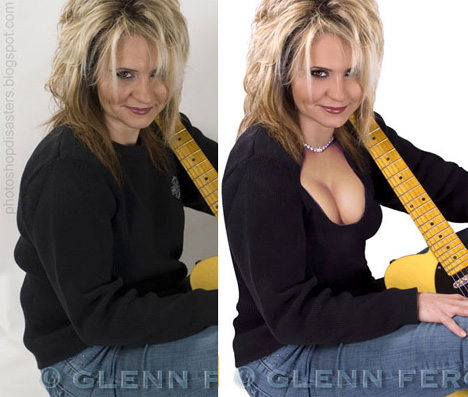 Women in lumpy sweatshirts don’t sell products. Some extreme(ly ridiculous) cleavage and a diamond necklace later, and one retoucher was much more optimistic about the image’s potential.