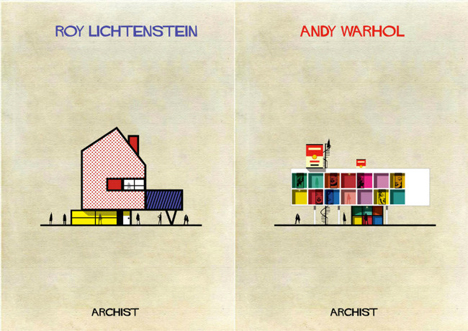 Works from 27 iconic modern artists are translated into architecture to make up one of the most colorful fictional cities every imagined. You can almost envision ‘Archist‘ coming to life in a real city like Amsterdam or Barcelona, with a collection of structures bringing the aesthetics of Mondrian, Andy Warhol, Salvador Dali and Ray Lichtenstein to their largest-ever scale. 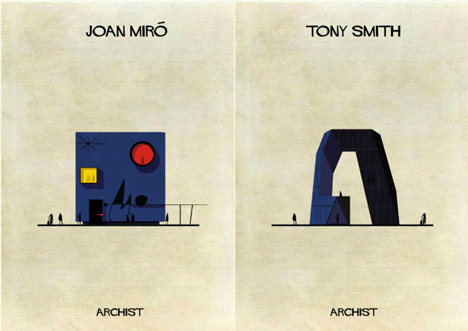 The illustration series by architect and artist Federico Babina produces surprisingly realistic yet, in many cases, instantly recognizable building designs representing each artist’s body of work. 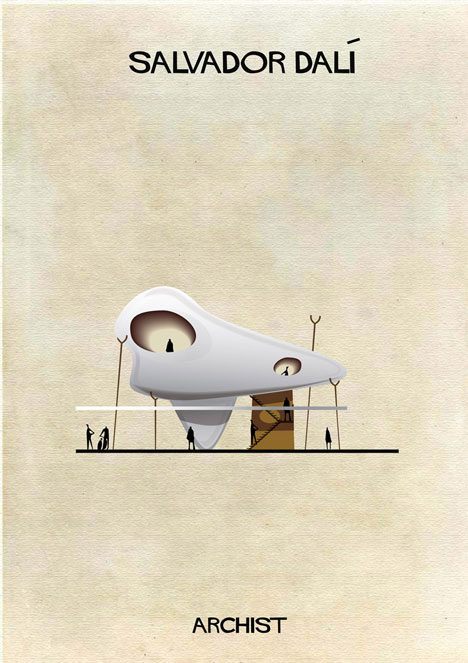 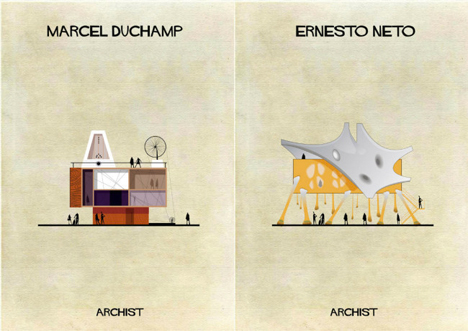 Some of these artists already produce works that are architectural in nature, such as Anish Kapoor’s undulating sculptural installations and the massive crochet playscapes of Ernesto Neto. Others, like the geometric works of Anne Truitt and Frank Stella, easily translate to the three-dimensional, oversized medium of building materials. 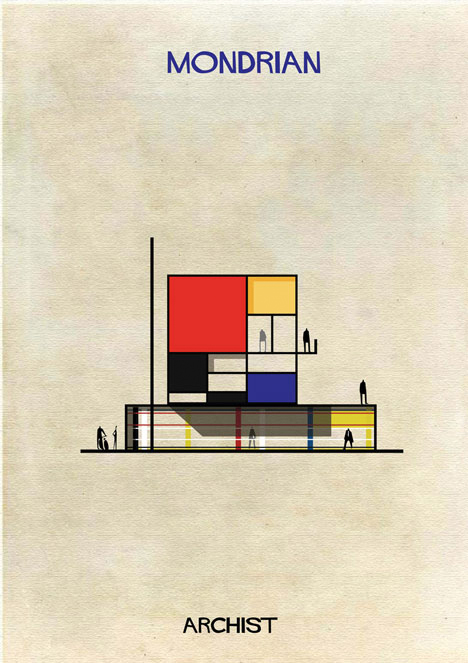 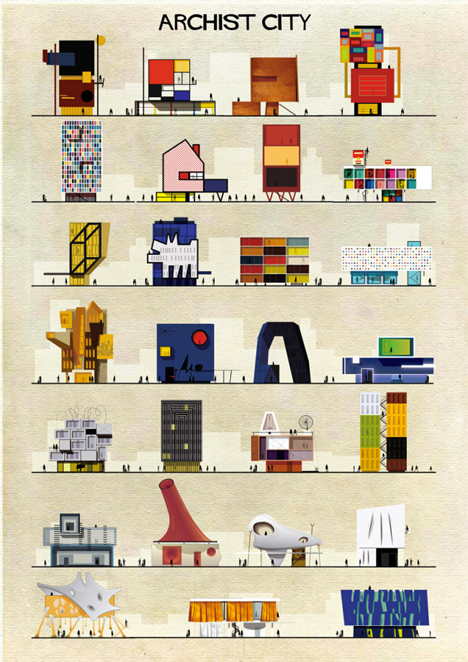 But for the artists working in a more figurative style, Babina had to get a little more creative. The Lichtenstein is especially notable, looking almost like an appropriately Picasso-ized jumble of skin, hair, lips, teeth and clothing.