Don’t adjust your monitor – there’s nothing wrong with the images of these sculptures, rugs, furniture and even full-scale architecture. Playing with the aesthetics of digital errors, the glitches are carved, woven or painted right into physical, three-dimensional designs. 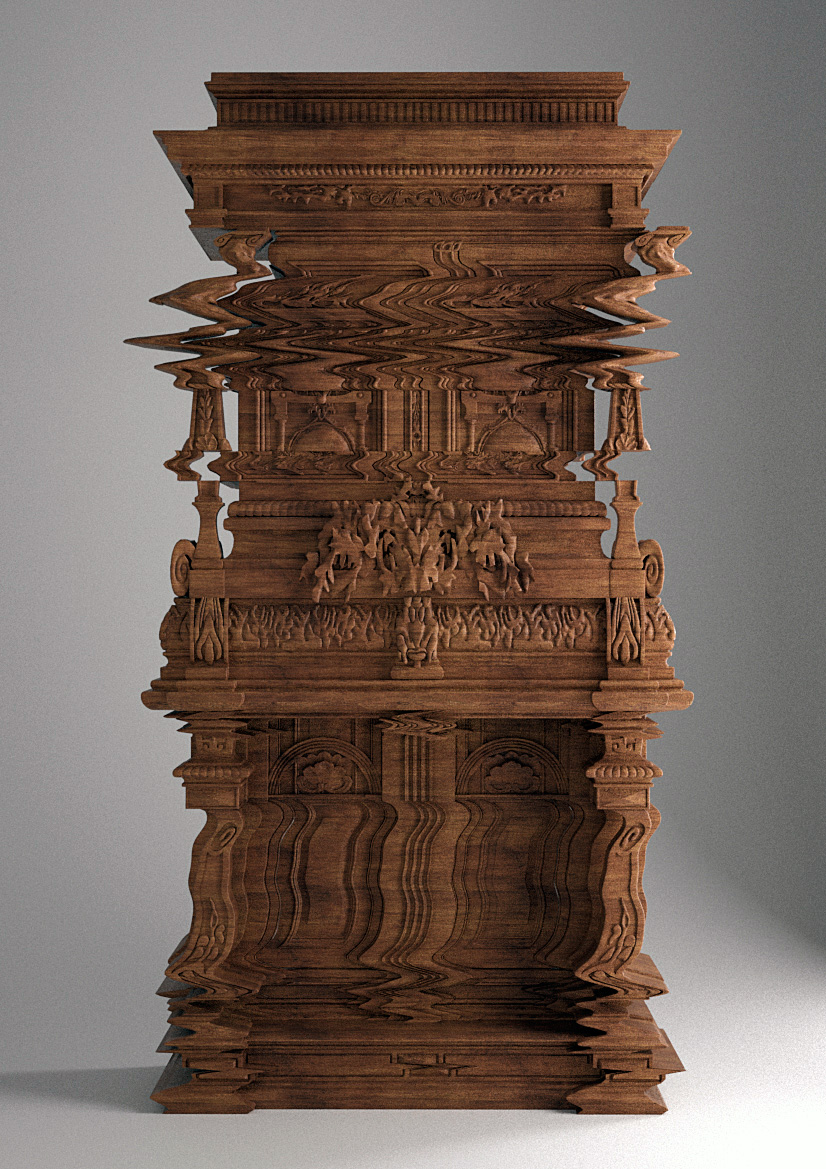 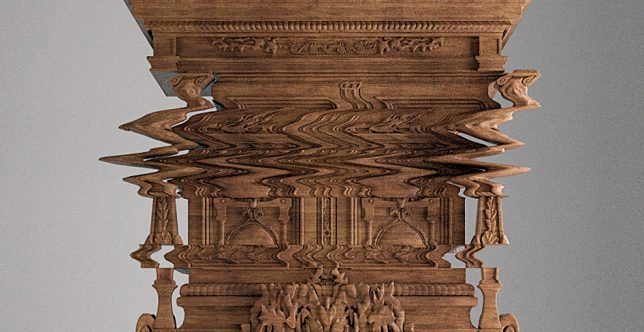 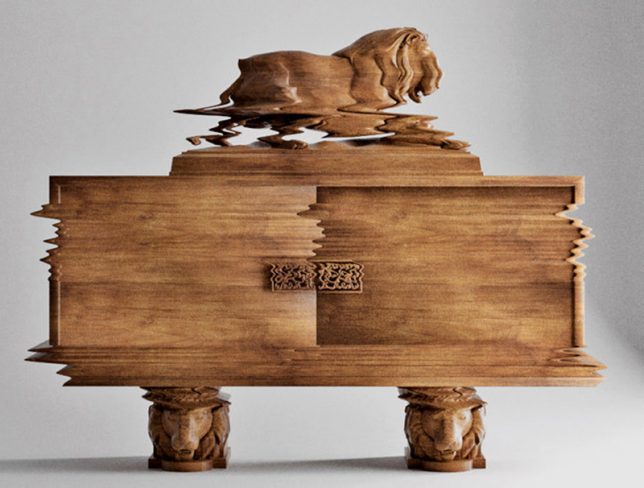 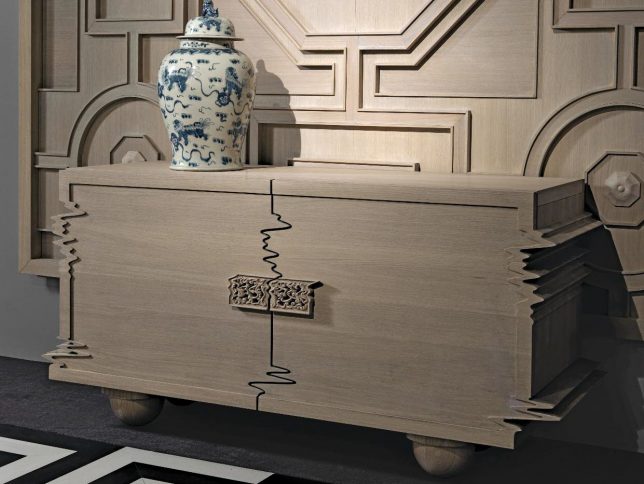 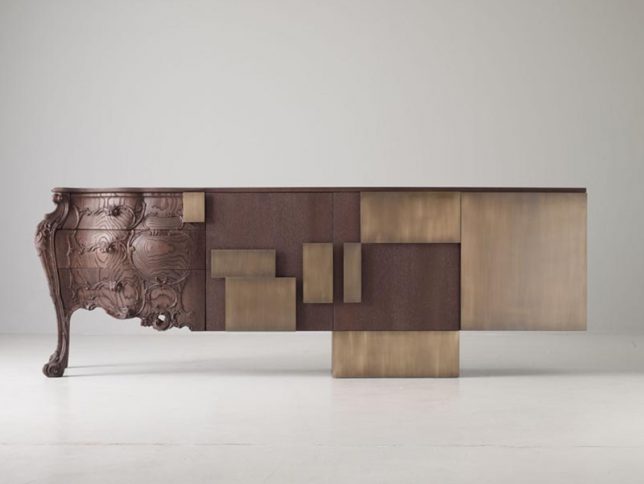 Invited to collaborate with a manufacturer of baroque furniture, artist Ferruccio Laviani took an unconventional approach, programming computer-controlled robotic routers to cut glitches directly into the wood for a warped effect. The result is a series called ‘F* THE CLASSICS!’ and the most striking piece is the ‘Good Vibrations’ cabinet. “In the course of my research for Good Vibrations, I ended up cutting out images from old analog videos, when you fast-forward a tape and get a frozen image that’s all twisted.” 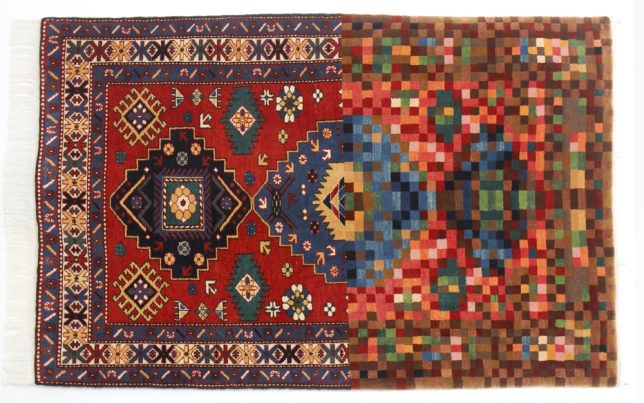 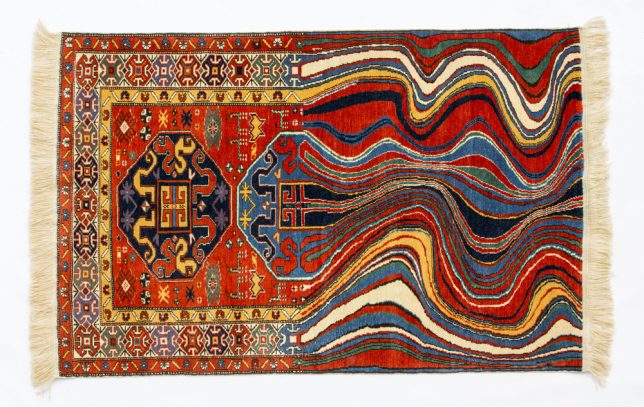 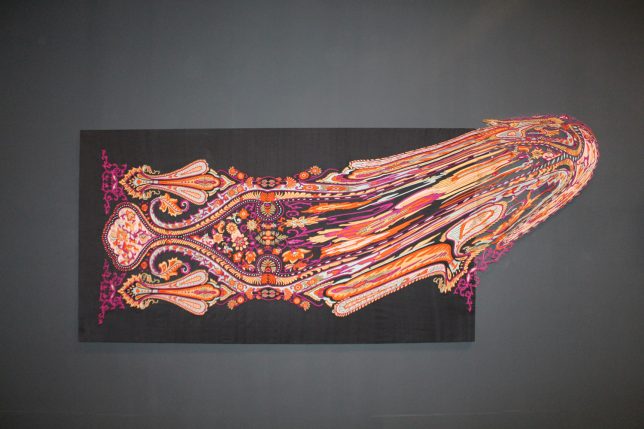 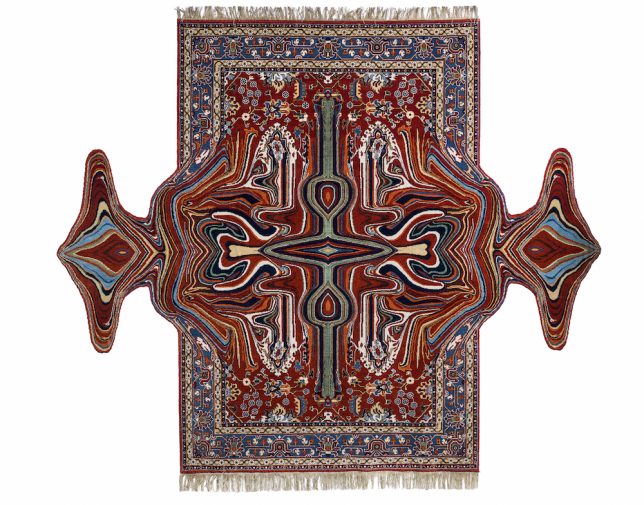 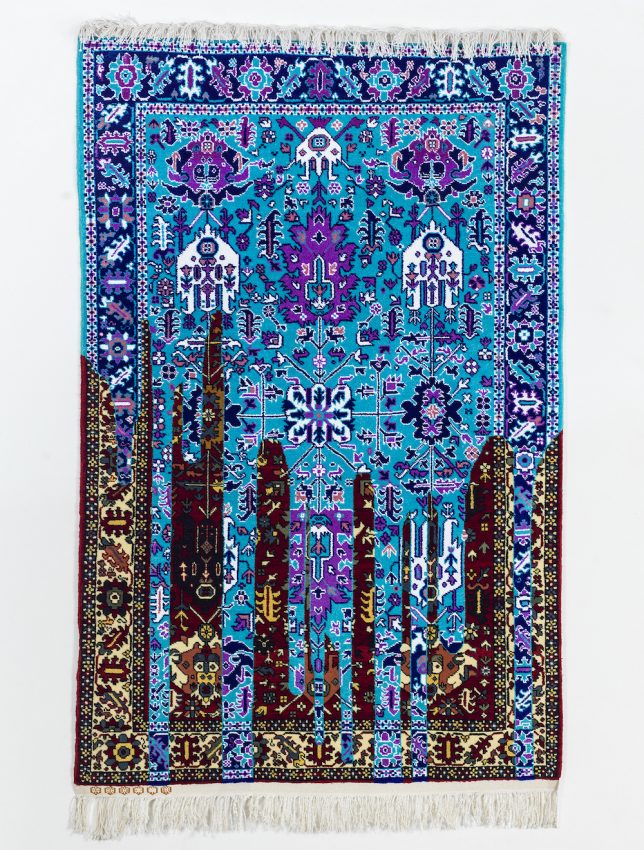 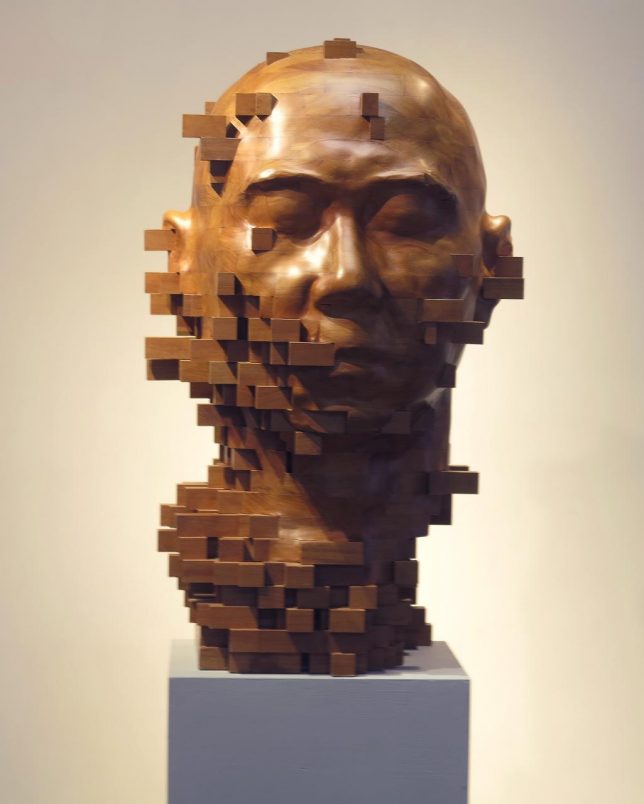 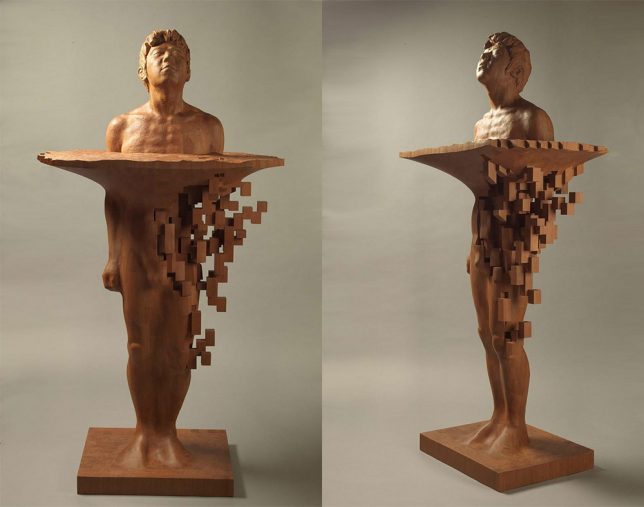 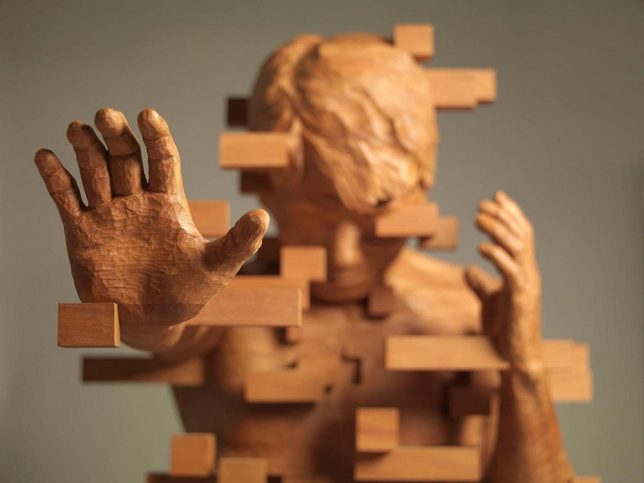 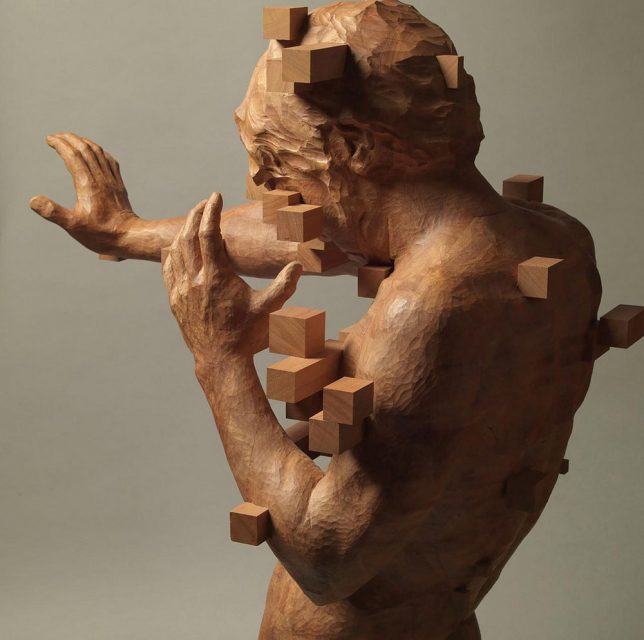 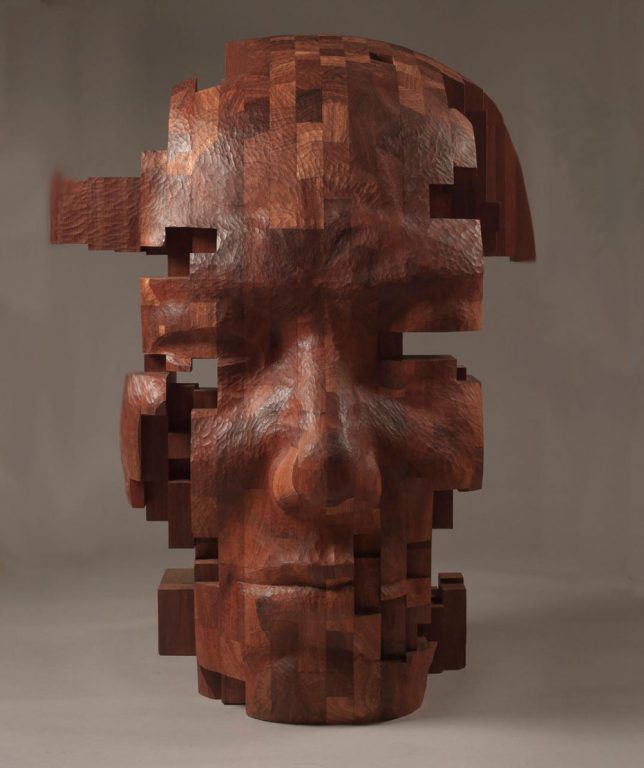 Carved from teak, African wax wood or walnut, Hsu Tung Han’s figurative sculptures dissolve into cubes as if glitching out of existence in three dimensions, making it seem like they’re disappearing or in mid-transition before our eyes. 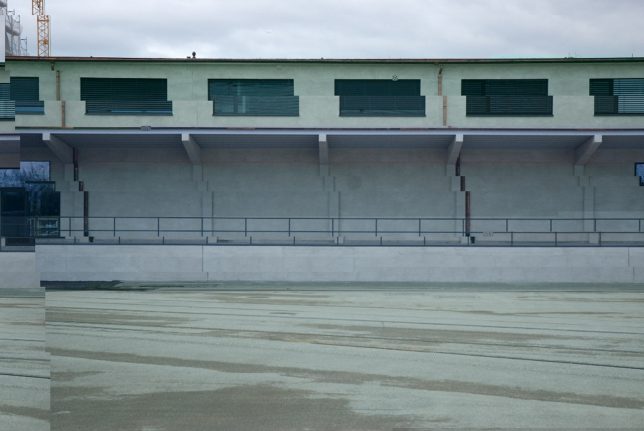 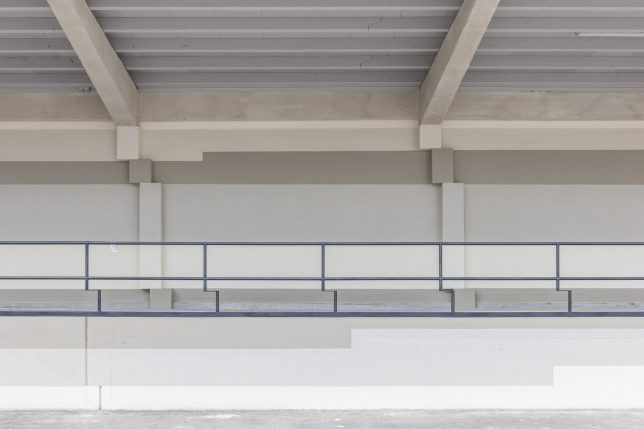 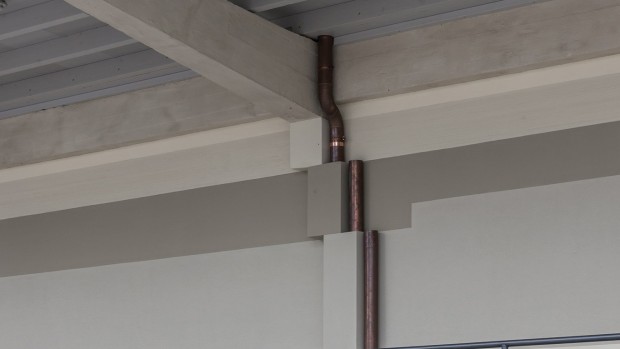 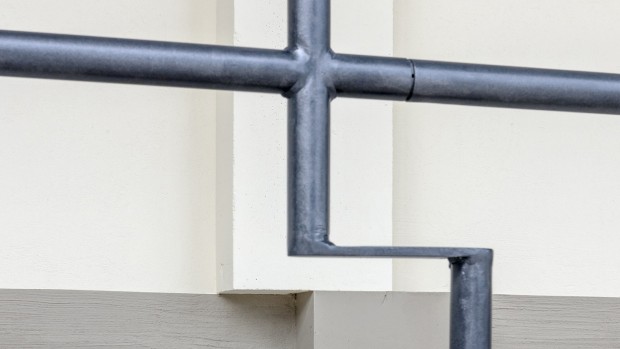 There’s nothing wrong with this photograph of Switzerland’s House of Electronic Arts Basel building – it’s the building itself that’s glitched. Berlin-based art studio !Mediengruppe Bitnik was invited to create ‘H3333333K,’ a play on the structure’s German name of ‘HeK,’ as a permanent exterior display. “The idea was to cast something fluid, non-permanent like a software error into something physical and permanent, like architecture,” says the group. 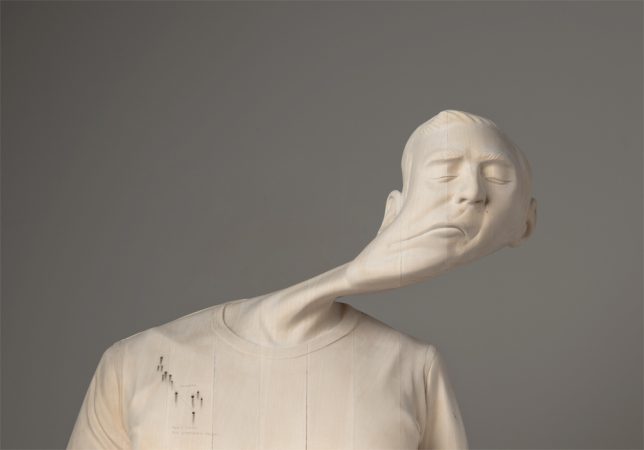 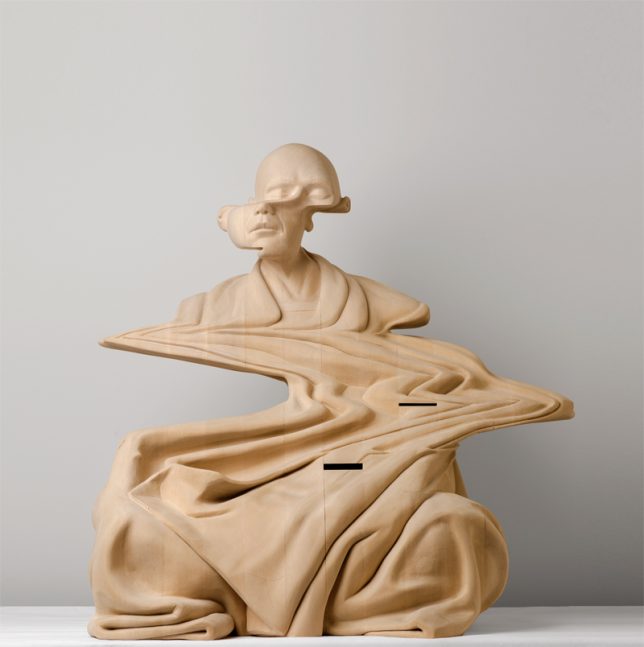 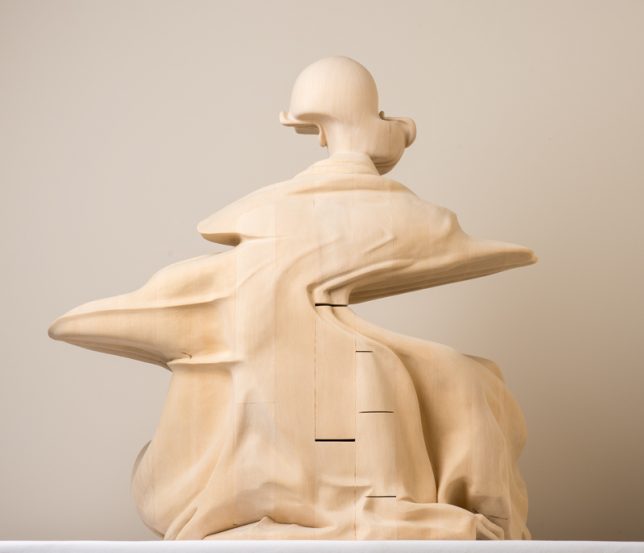 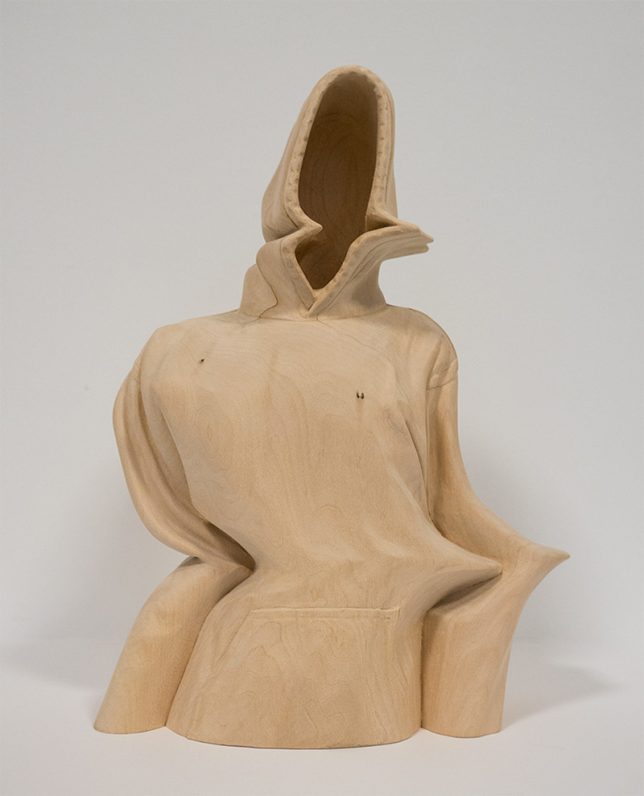 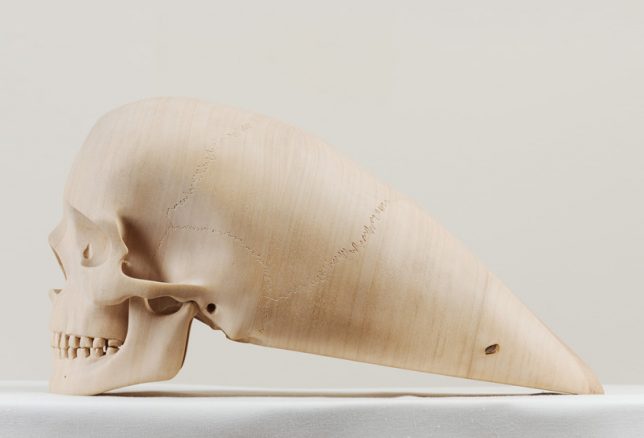 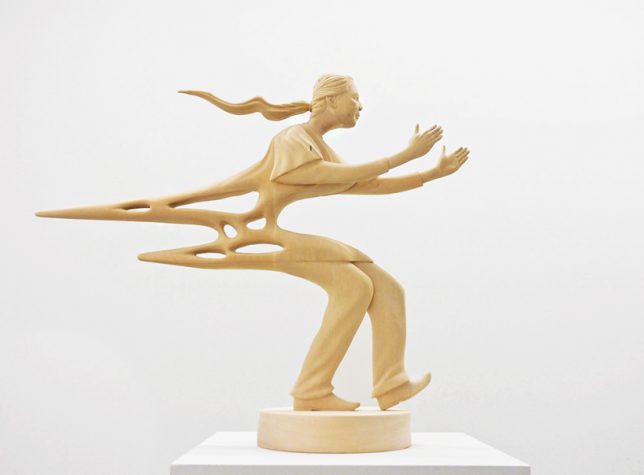 Based in Perth, Australia, artist Paul Kaptein carves laminated wood into warped figures that look almost normal from some angles, and entirely abstract from others, unrecognizable as human bodies. “Paul’s work, seemingly bent through time and space, taps into his medium of emptiness, responding to the gap between immateriality and materiality – through the energy we call potential,” reads his artist statement. “His work is full of the boundless energy of potentiality loops or loops of potentiality or the realization that potential is the energy that constantly moves and transforms. Potential is the force that grabs ideas and translates them into being – it is a poetic energy of necessity and a necessary energy for poetics.”