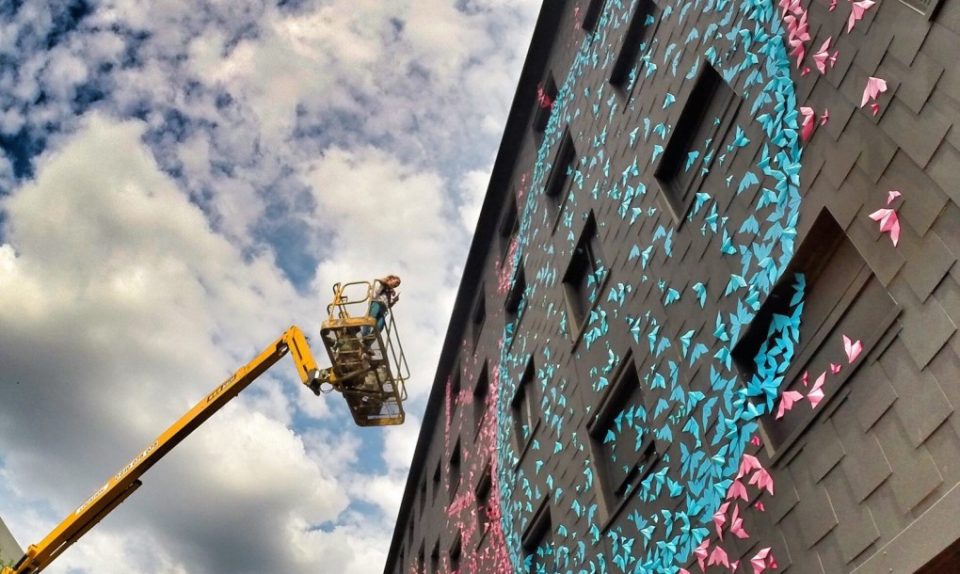 Created by French street artist Mademoiselle Maurice in collaboration with Mathgoth Gallery, the work represents the biggest mural Paris has ever seen, a massive flight of birds landing on a 20,000-square-foot wall. 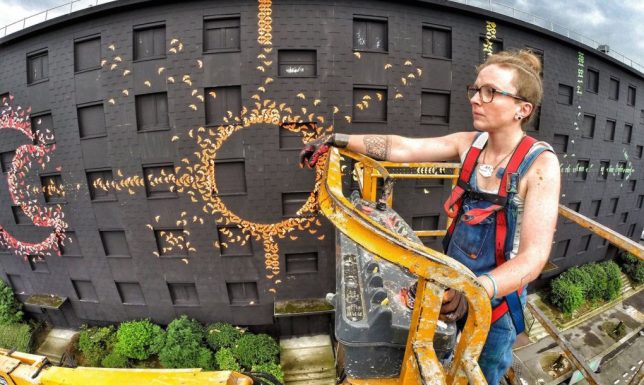 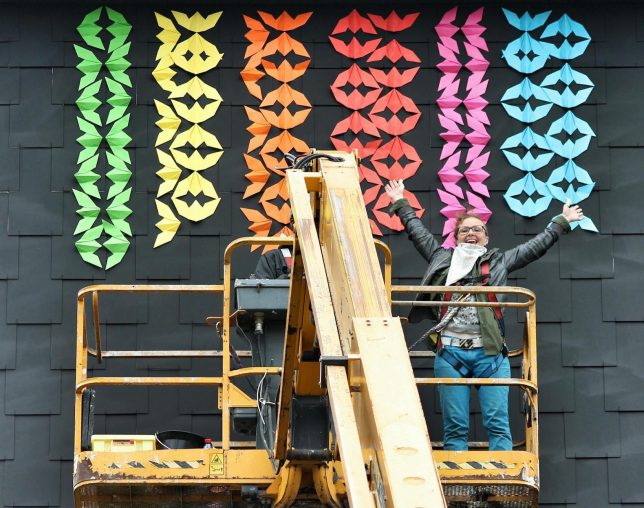 The artwork was installed on a condemned building, allowing the artist to first apply a layer of black paint as a backdrop for the colorful array of geometric paper birds added to the wall. She also painted on a series of two-dimensional origamic patterns to bridge between the physical papers and flat surface. 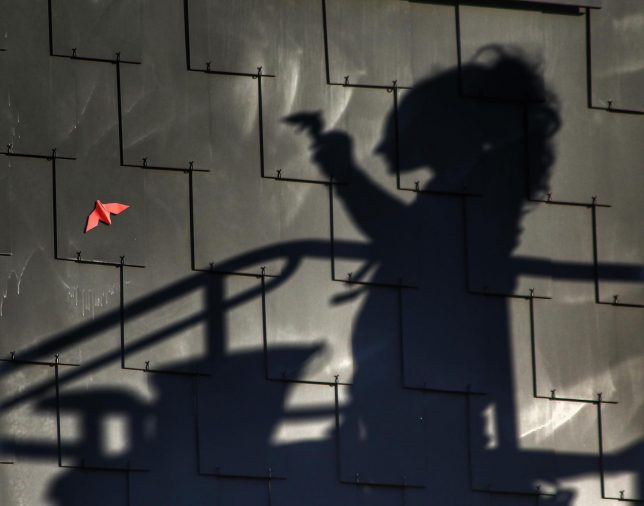 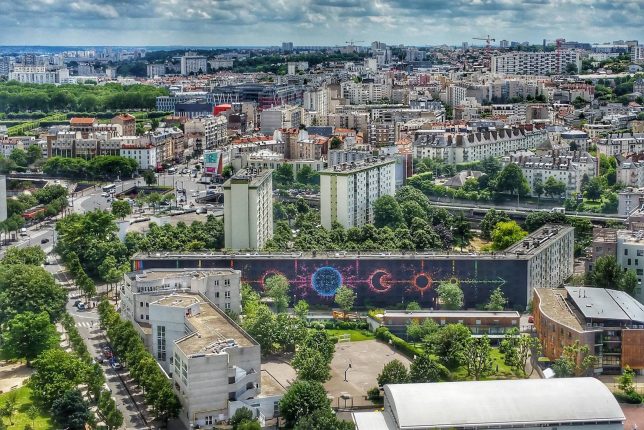 The artist notes that the neighborhood contributed to the design, including those most impacted but the upcoming demolition of this long-standing structural pillar of the community. Previous projects from Maurice have featured similar themes in other settings, from birds and other geometric origami shapes gracing the walls of city streets and ancient castles alike. This work will be up through August.