Best known for biting political commentary and poignant artistic critiques, mysterious artist Banksy showed a somewhat friendlier side of his personality in gifting a mural to elementary students who named a building after him. 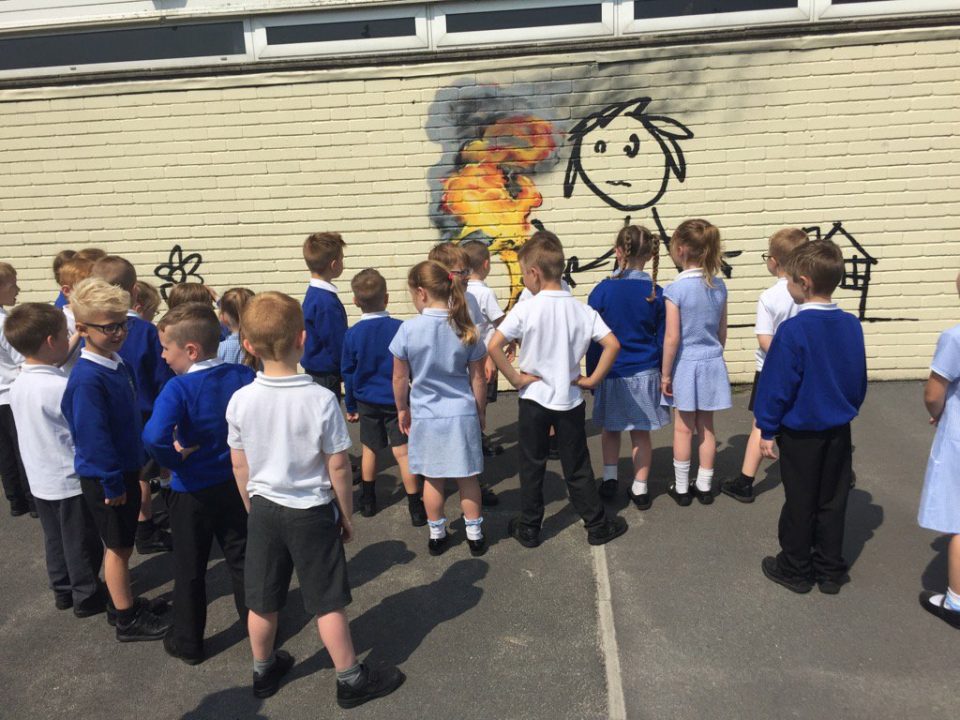 Students at the Bridge Farm Primary School in Bristol, thought to be the anonymous street artist’s hometown, renamed several campus structures in a contest. Among the winners were Blackbeard, Cabot and Banksy. 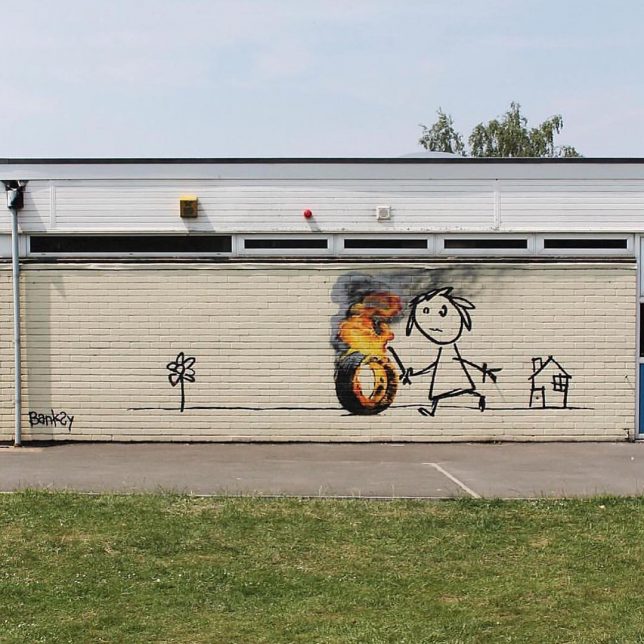 The work itself features a child playing with a hoop, but because it’s Banksy … the hoop was turned into a tire, and the tire was set on fire. Banksy stopping by to make a mural was surprise, but he also left a note, which is even more out of character (though the work has been confirmed authentic): 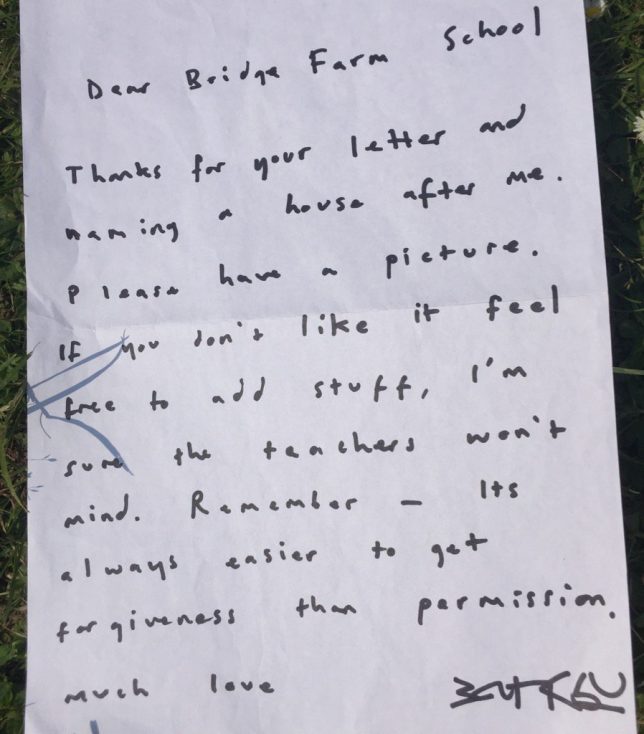 “Dear Bridge Farm School,” the letter reads. “Thanks for your letter and naming a house after me. Please have a picture, and if you don’t like it, feel free to add stuff. I’m sure the teachers won’t mind. Remember, it’s always easier to get forgiveness than permission. Much love, Banksy.” 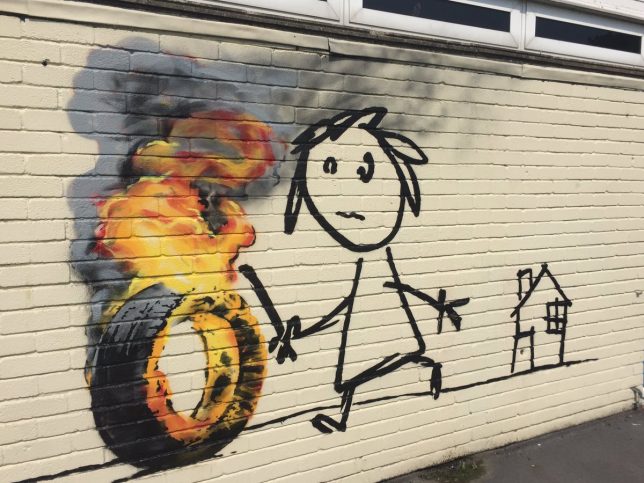 In a somewhat ironic twist, the school is forbidding children from painting over or around the mural, perhaps out of respect or because if its doubtless high monetary value – either way, one can be sure Banksy would approve should one of those students break the rules (images by Jon Kay via Colossal).