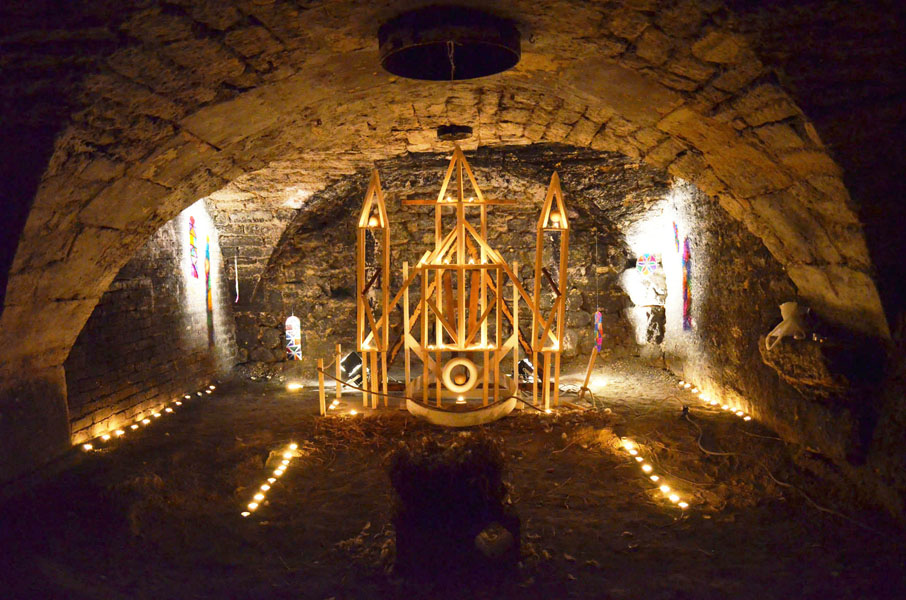 There’s a good chance that no one, other than an errant worker, will ever even see these highly symbolic (not to mention illegal) installations hidden far beneath the streets of Paris. Tucked into tunnels that have been disused for decades, an artist we’ll call EZ (who asked us to remain anonymous), has has created sculptural wonders with a furtive feel, each one requiring hours upon hours of investigative preparation as the artist slinks around the subterranean spaces to find locations that will be undisturbed as long as possible. 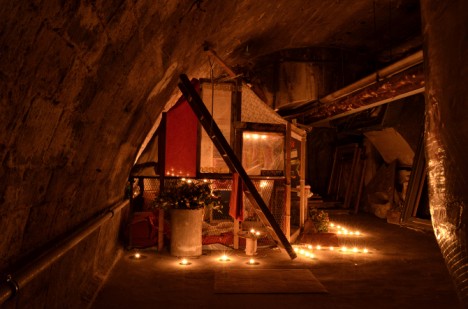 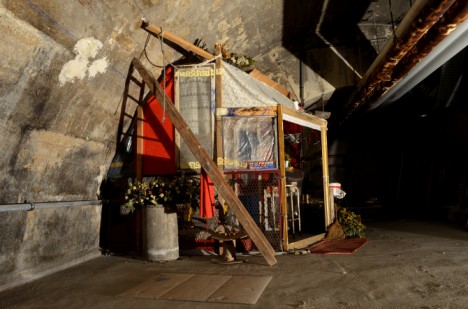 “I place cigarette butts inside door locks, wedge things underneath the door, and place objects along hallways and passageways,” EZ says. “Then I come back later to see if they’re moved, and when. I also research the locations extensively, and try to see if any construction work is planned along the subway lines. I try and find out workers’ hours and those of security as well. I also plan an emergency exit, in case something goes wrong.” 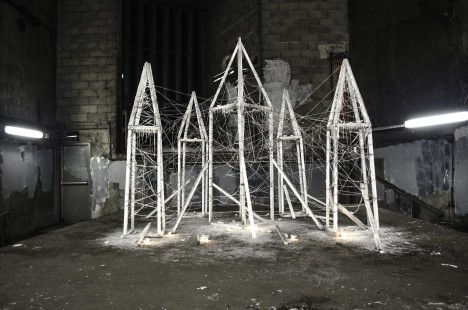 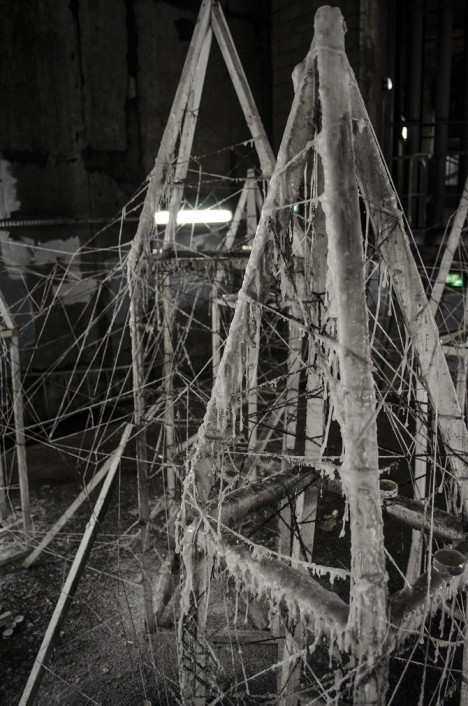 The Paris-based urban explorer maps out these ideal spots and enters them at dawn, spending around ten hours at a time building his installations in place. Most are made using materials he finds within the tunnels, like branches, pallets, pipe, string and the remains of old structures. Most of his locations aren’t disclosed, but EZ says 2014’s Radeau échoué (Sunken Raft, below) was placed along a subway line, while Désenchantement (Disenchantment, above) occupied an underground room beneath the contemporary art space La Maison Rouge. 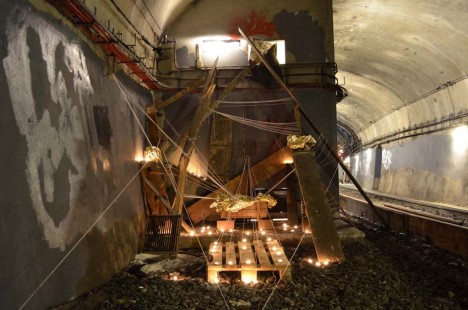 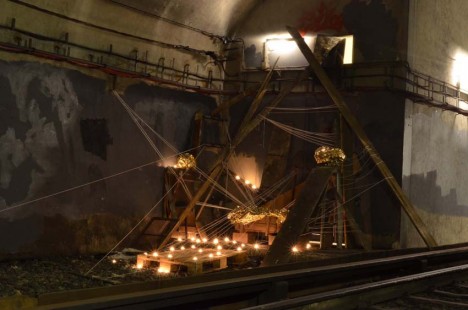 There’s definitely risk involved – the artist one spent three days in jail after he was caught in a restricted area, and has been escorted back above ground on other occasions. But EZ finds the whole process to be healing and restorative, telling the Creators Project, “I explore underground when I feel blue. It soothes me.” 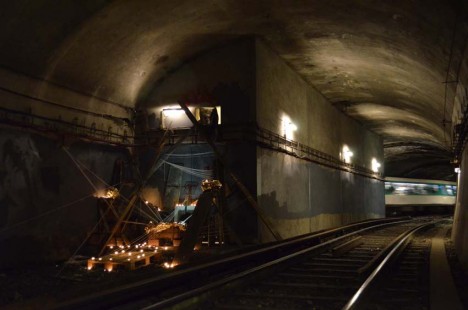 The secretive nature of the process is a fitting complement to the work itself, which often evokes images of camps for refugees and the homeless. Accessed and utilized without permission, these often wasted spaces are temporary homes to surreal architectural creations, if not to the humans who could actually use them.