Athletes have arrived in Rio for the Olympics on a massive scale in the form of two monumental photographic installations supported by construction scaffolding, one looking like he’s about to back flip over an entire building. French artist JR brings his signature black-and-white style to the streets for a dramatic addition to his ‘Inside Out Project,’ a global series bringing real people and their personal stories to public spaces through art. 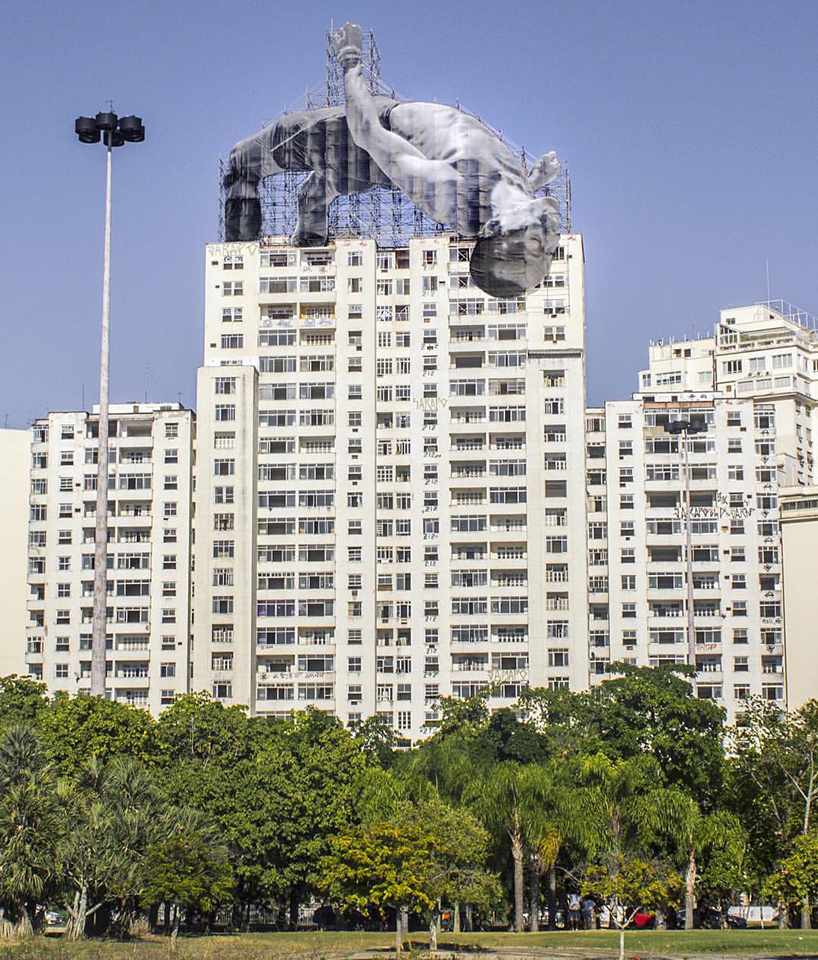 The athletes depicted aren’t household names – in fact, they’re not even Olympic athletes who will be physically present in Rio for the Games. The first, installed on the roof of a large residential complex, represents Mohamed Younes Idress of Sudan. “He lives and trains in Cologne, Germany,” says JR. “He missed out on the qualifications for the 2016 Rio Olympics but he is there some how.” 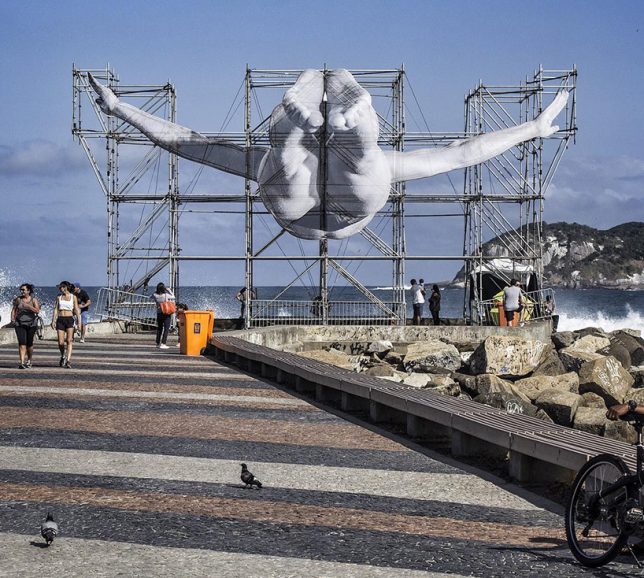 The second figure appears to be that of a diver about to leap into the adjacent ocean. This installation rises from a rocky jetty overlooking the water in the Barra neighborhood. JR says he’s been working on this new technique, with the images supported by metal beams, for almost a year. 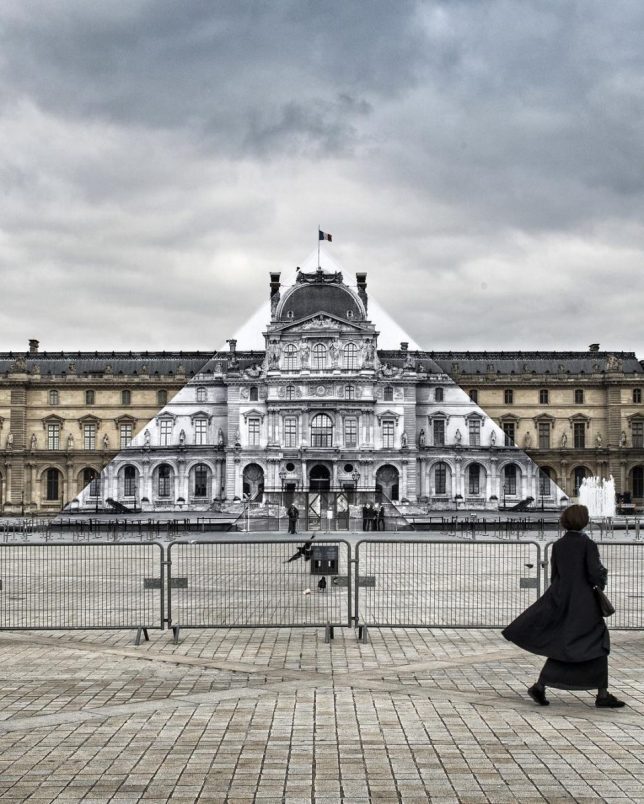 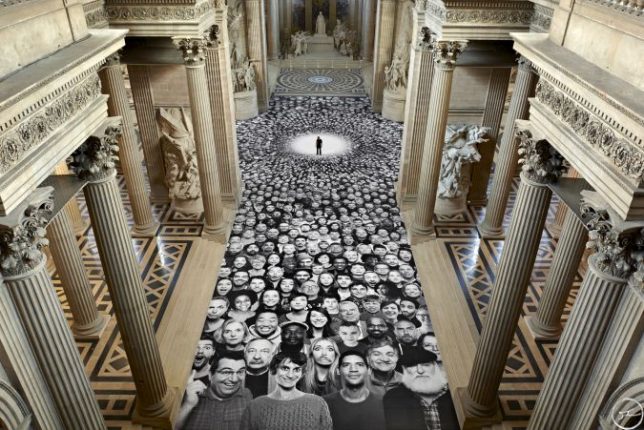 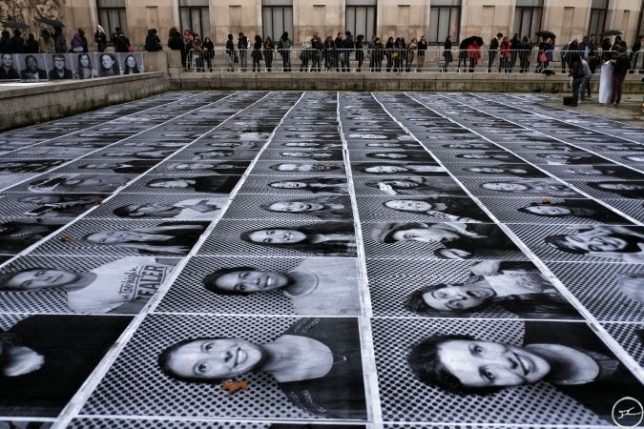 We previously featured JR’s large-scale work of urban camouflage outside the Louvre in Paris, where a black-and-white photographic installation made the museum’s iconic 11,000-square-foot pyramid by I.M. Pei seem to disappear. Other ‘Inside Out Project’ installations have included massive paste-ups inside Paris’ Pantheon building as well as covering a mass area of the ground in New York City’s Times Square.