Though the apartheid ended decades ago, many physical barriers remain in South Africa, highly visible in the built environment … especially from above. 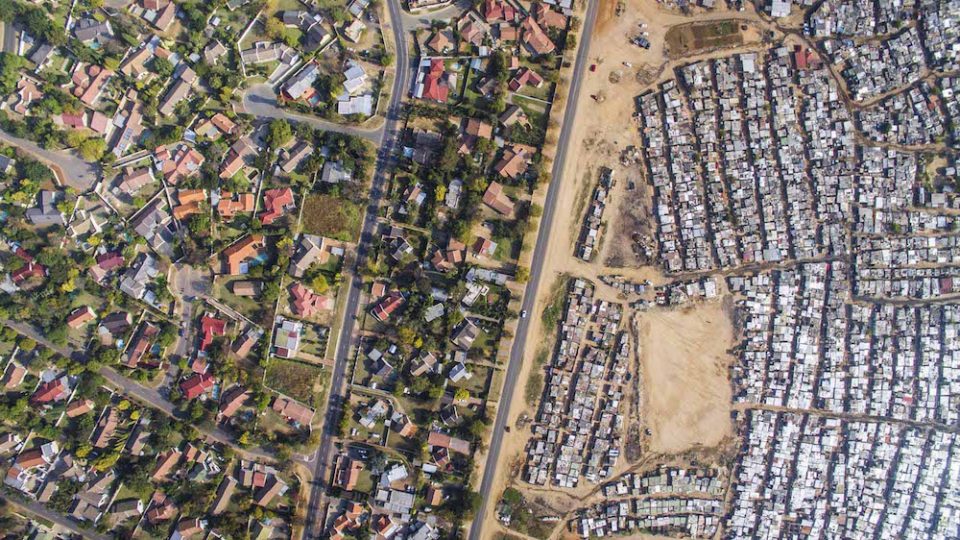 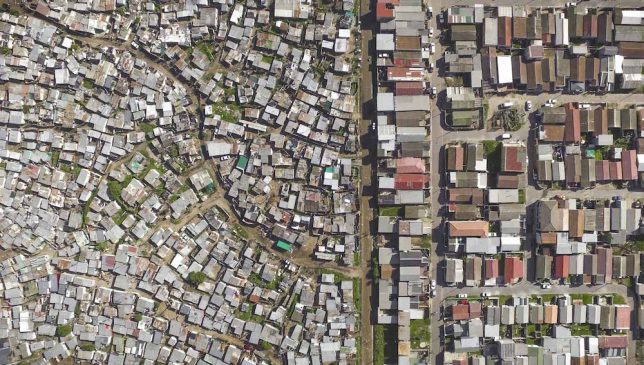 Details give way to patterns in these birds-eye views, highlighting a landscape-scarring history of institutionalized segregation and inequality. Haphazard and densely packed shacks may fall on one side of a line while organized and expansive homes can be seen on the other, often separated by nearly-invisible lines. 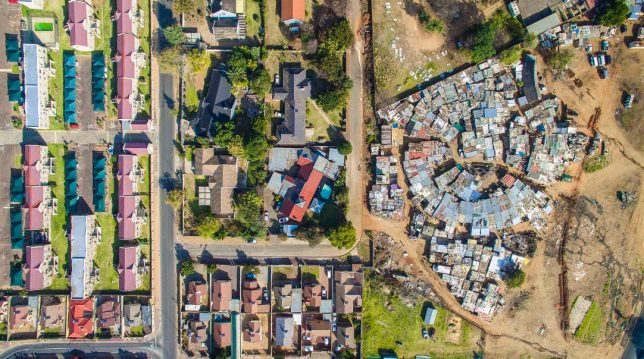 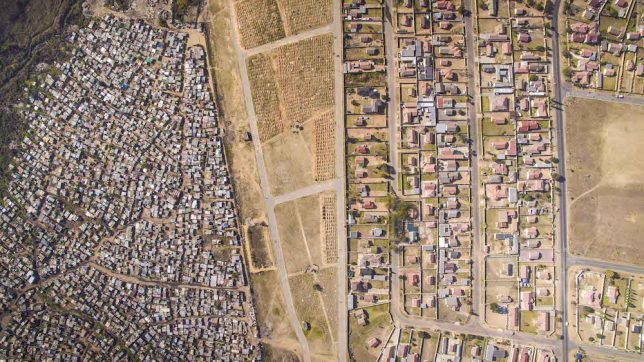 “During apartheid, segregation of urban spaces was instituted as policy,” explains Miller, with “buffer zones of empty land, and other barriers were constructed and modified to keep people separate.” Even today, “communities of extreme wealth and privilege will exist just meters from squalid conditions and shack dwellings.” 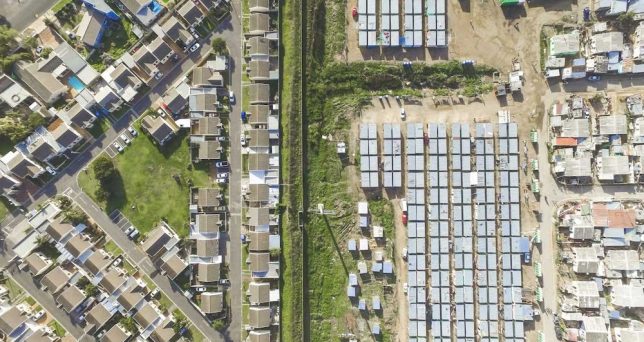 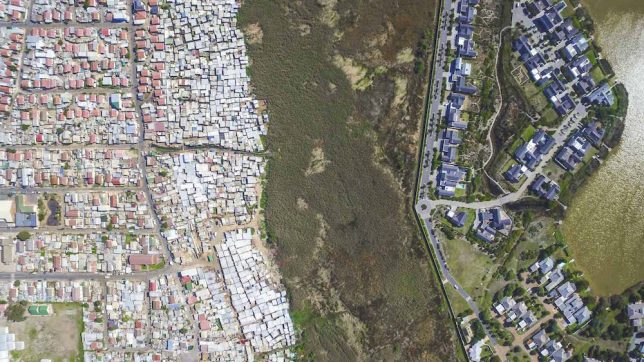 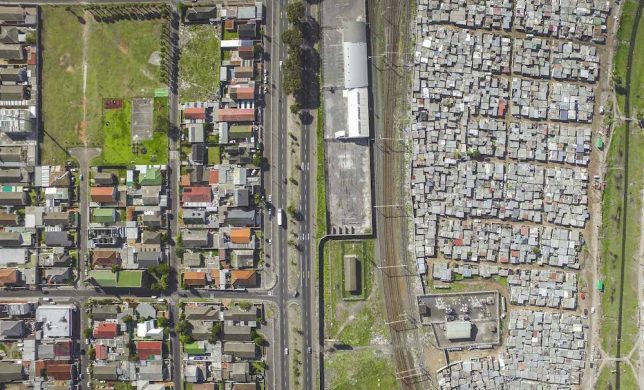 “My desire with this project is to portray the most Unequal Scenes in South Africa as objectively as possible. By providing a new perspective on an old problem, I hope to provoke a dialogue which can begin to address the issues of inequality and disenfranchisement in a constructive and peaceful way.” Miller has an upcoming show this fall in Johannesburg for those who want to see his work large and up close, to be announced on his social feeds (via Colossal).