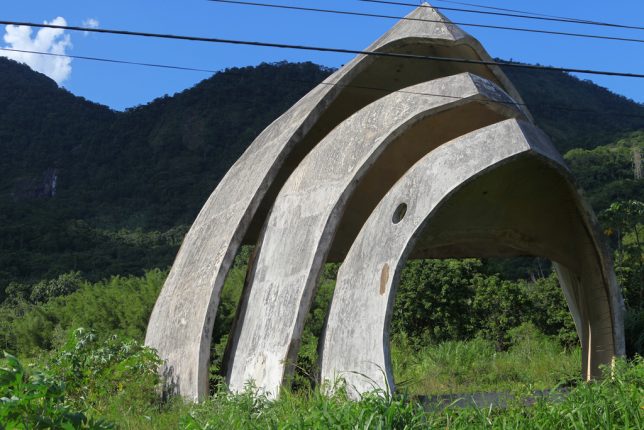 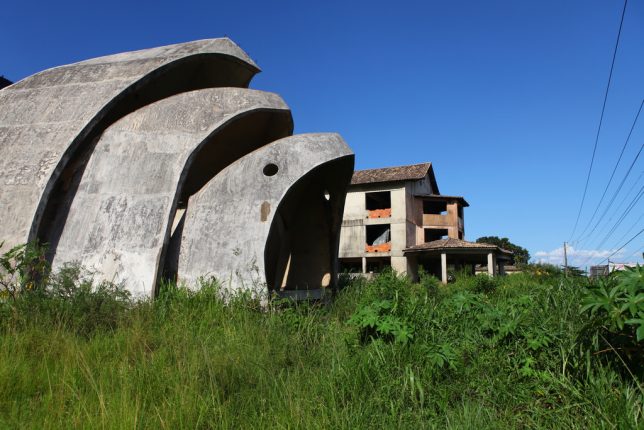 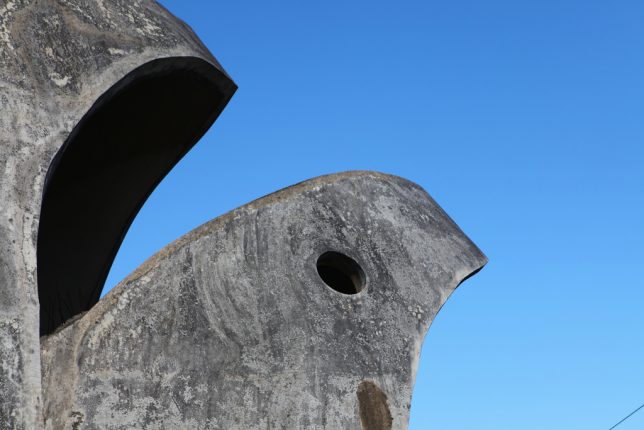 Not quite a building, not exactly an artwork, most definitely abandoned: Flickr user Paul Keller snapped this fish-like concrete construction while driving along the BR-101 highway between Rio de Janeiro and Paraty. Hmm, it does look a tad parroty, does it not? 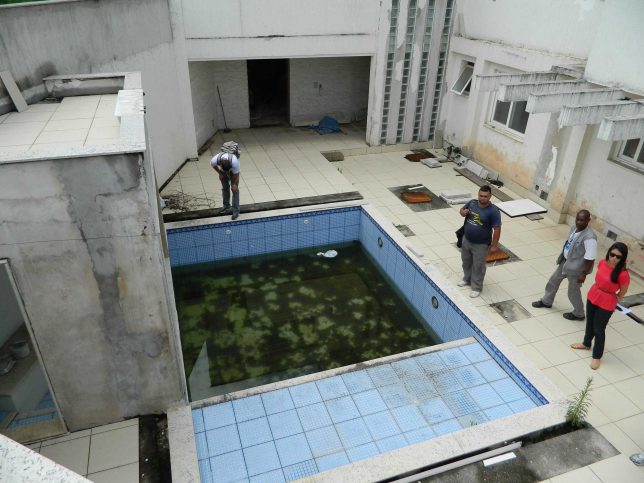 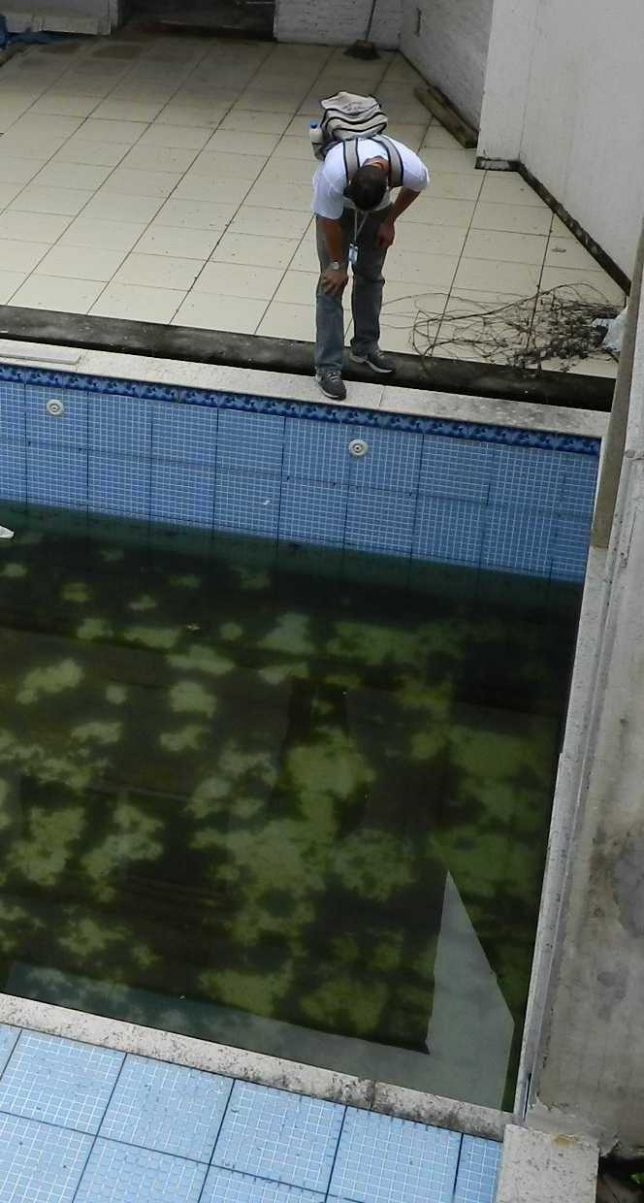 Do you want Zika? Because this is how you get Zika, not to mention Dengue fever and malaria. Just ask Rio’s Health department personnel, shown above testing for mosquito-borne diseases in one of MANY abandoned swimming pools. The discolored Olympic diving pool doesn’t look so bad now, does it? 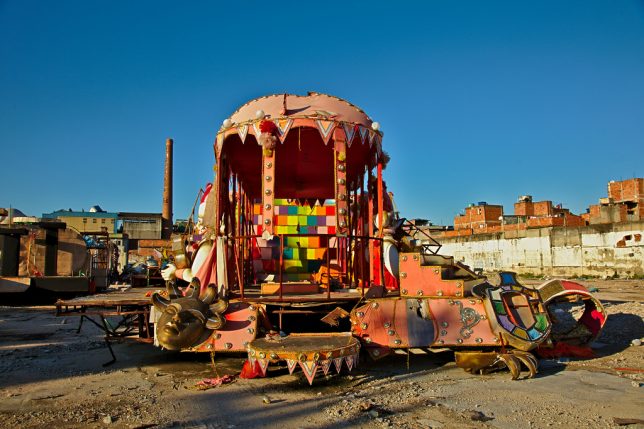 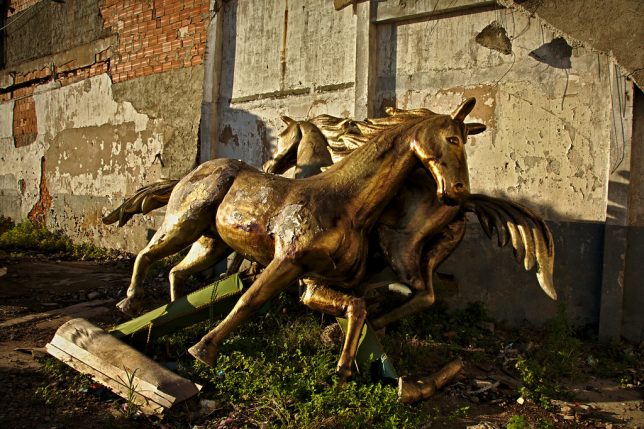 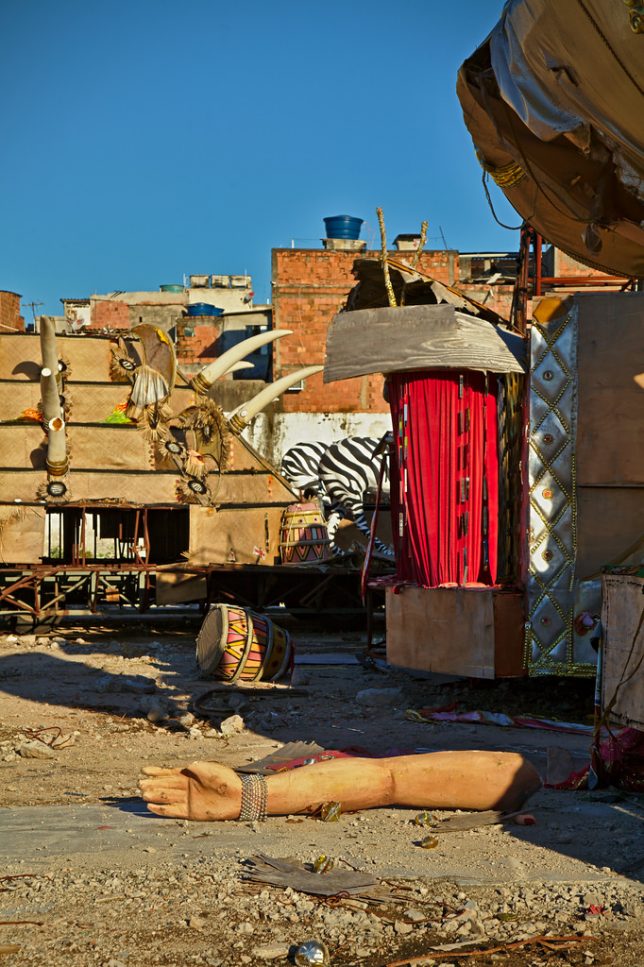 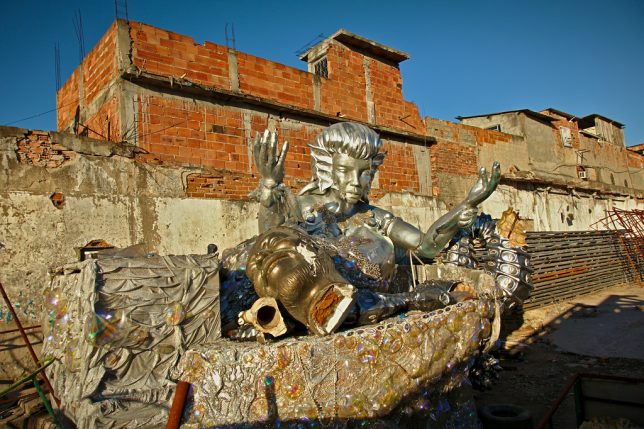 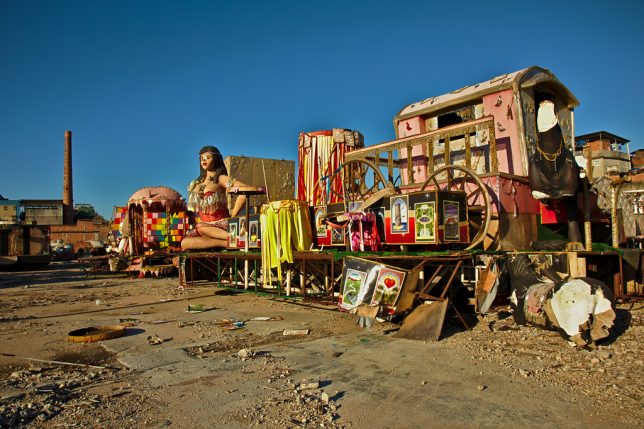 One would think that after the Carnival ends, the infrastructure goes into storage at the samba school… but this is Rio and things don’t always go as one would think. As photo-documented by Flickr user Clément Jacquard on June 1st, 2013, the flotsam and jetsam of a carnival have been abandoned on Rio’s famous Avenida Brasil for over two years! Let’s just call it flotsamba and jetsamba, shall we?