There’s something about creating art that’s not quite reflective of our physical reality and then giving it life through motion that can be alternately beautiful and unnerving. The slight jerkiness of stop-motion animation only adds to the effect, while digital animation can take the surreality to a whole new level with mesmerizing movements. These recent animated projects are especially GIF-worthy (and in fact, are sometimes just GIFs that stand alone as works of art.)

The last days of Vincent Van Gogh are gorgeously rendered in the artist’s hallmark swirling style in the new film Loving Vincent, which was created using thousands upon thousands of hand-painted frames.The directors first shot live-action footage of actors playing the scripted roles, and then had a team of artists over-paint the frames. 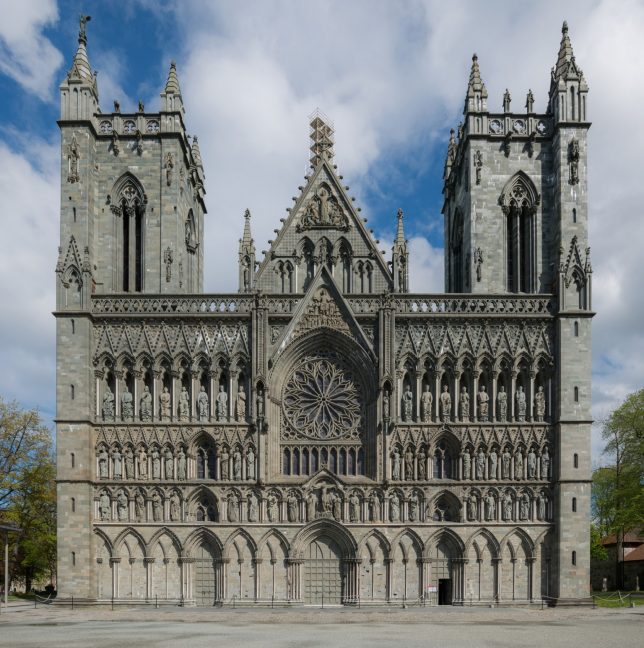 From a single photograph he took of the Nidaros Cathedral in Trondheim, Norway, animator Ismael Sanz-Pena created a mesmerizing continuous-motion animation simply by panning and zooming over the image.

In a quest to learn more about VFX software Houdini, Swedish motion designer Anton Woll Söder experimented with particle-based animation. This short called ‘REACTION’ captures some of the results.

Artists Alexia Sirbu and Lukas Vojir came together to produce a short animation called ‘flow/er,’ a piece that feels like a visual symphony of blooms crashing together. “In nature, it is often the simplest rules that lead to forming the most complex, beautiful forms,” they explain. “Flow/er is a visual poem that observes this through a design lens, combining our fascination with organic, raw aesthetic with foreign geometric forms. We observe natural laws take shape in a strange dance of meticulous choreography clashing with violent forces of nature.”