The Art Institute of Chicago has brought one of the most famous paintings of Vincent Van Gogh to life like never before: a complete replica realized in three dimensions and available as a rental to art fans in for a night of surrealistic immersion. The details, furniture and decor have been painstakingly drawn from the image, right down to crooked chairs, suspended paintings and heavily brush-stroked colors. 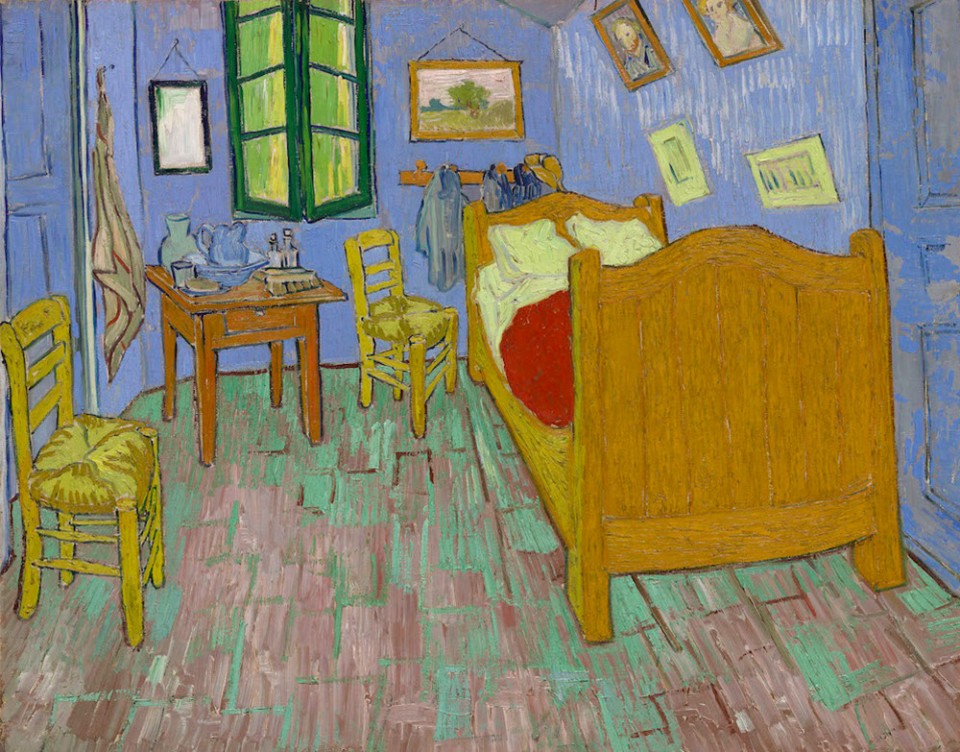 For rent on AirBNB, the project is part of a larger exhibition around Van Gogh’s various bedroom paintings made in the late 1880s, one of which was made during a stay at an asylum. The recreated room is located in the River North neighborhood of Chicago, next to one of the AIC’s campuses. 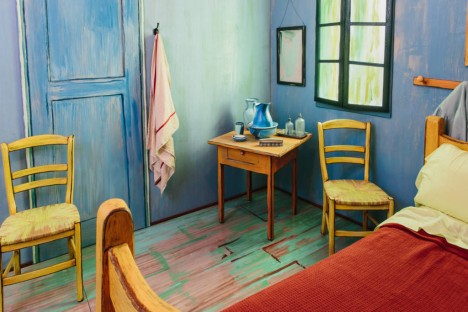 At just $10 a night, this place is likely to rent out entirely if it has not already. For whatever reason, the space also comes with a television and internet connection, though authentic experience-seekers may want to skip those, turn down the lights and just enjoy a night living inside of a classic work of art. The exhibit runs through early May and features over 30 of the master’s works. 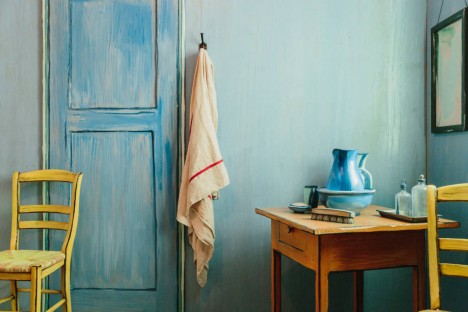 More from the AIC: “Van Gogh’s life was short and nomadic. By the time he died, at the age of 37, he had lived in 37 separate residences across 24 cities, mostly as a boarder or a guest dependent on the hospitality of family or friends. In 1888, he finally moved into the only home he truly considered his own: his beloved ‘Yellow House’ in Arles.” 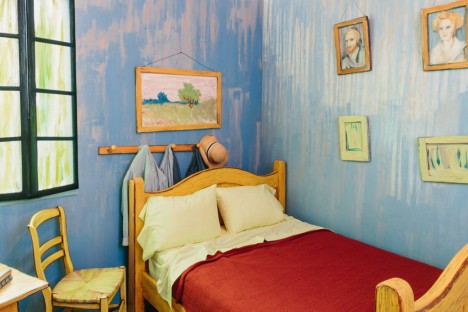 “Of his many bedrooms, Van Gogh immortalized only the one from the Yellow House—three times in fact. He first painted the room in 1888 shortly after his move to the Arles and then painted the composition twice more in 1889: once to record the first version that had been damaged when his home flooded and then again as a gift for his mother and sister.”