Humans have been carving architecture into rock for nearly our entire history on this planet, so it’s a little surprising we don’t see more modern marvels mimicking spectacular ancient wonders like the city of Petra in Jordan. Relatively easy to carve, sandstone offers an ideal medium for sculptural architecture that adapts existing rock formations into habitable spaces. 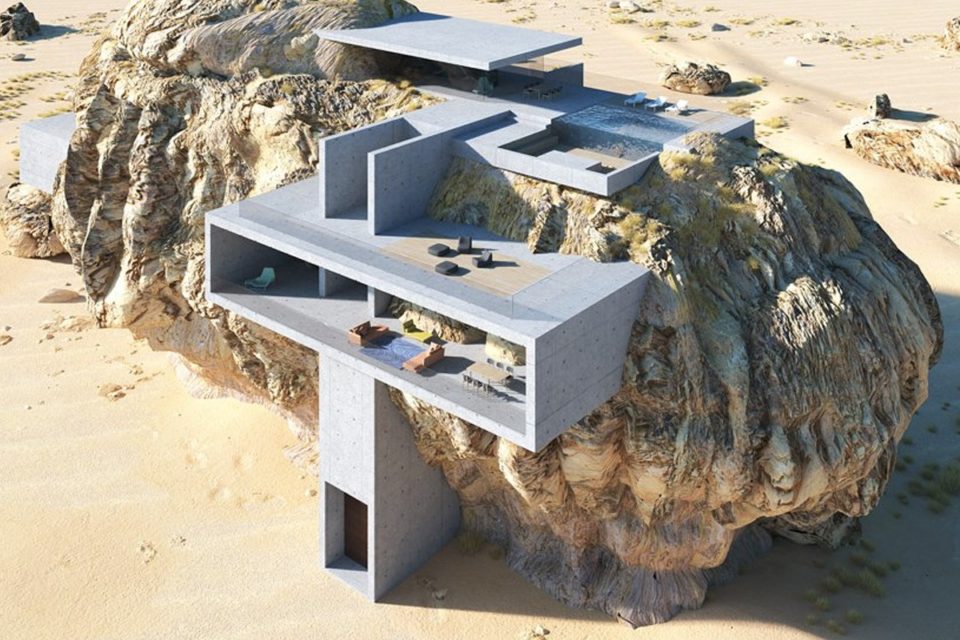 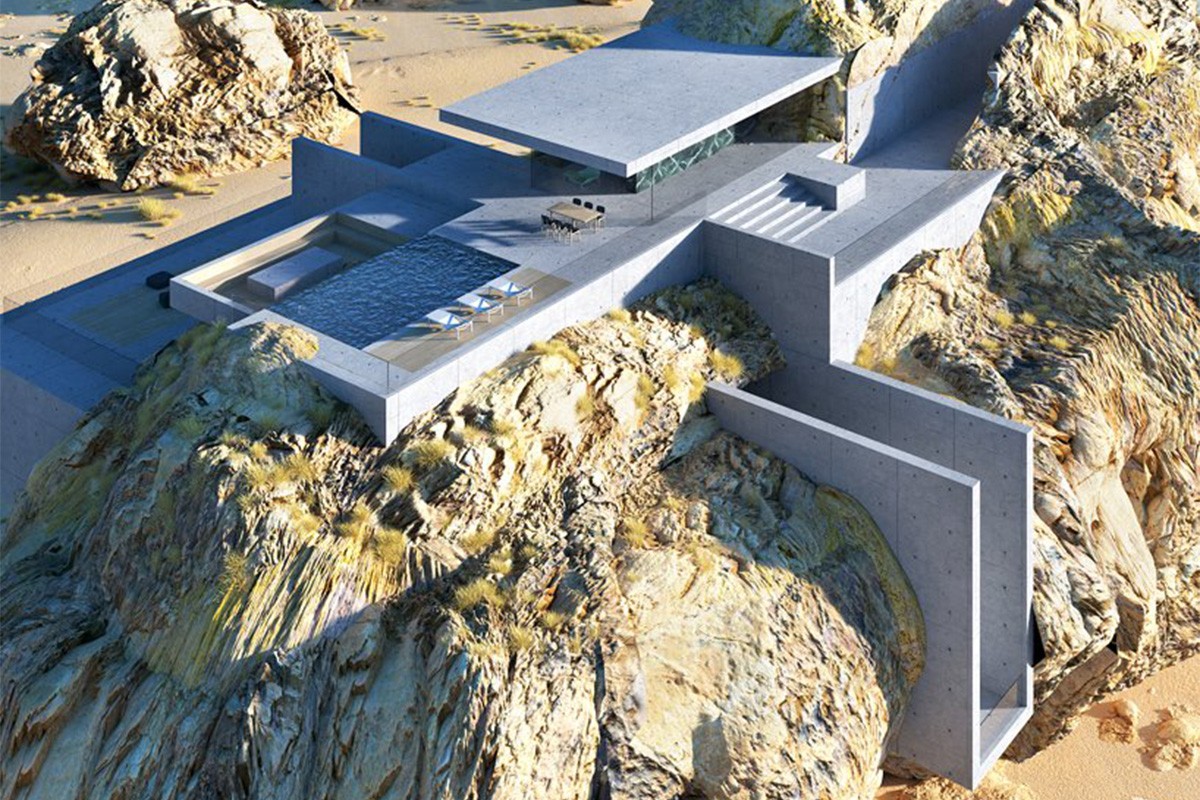 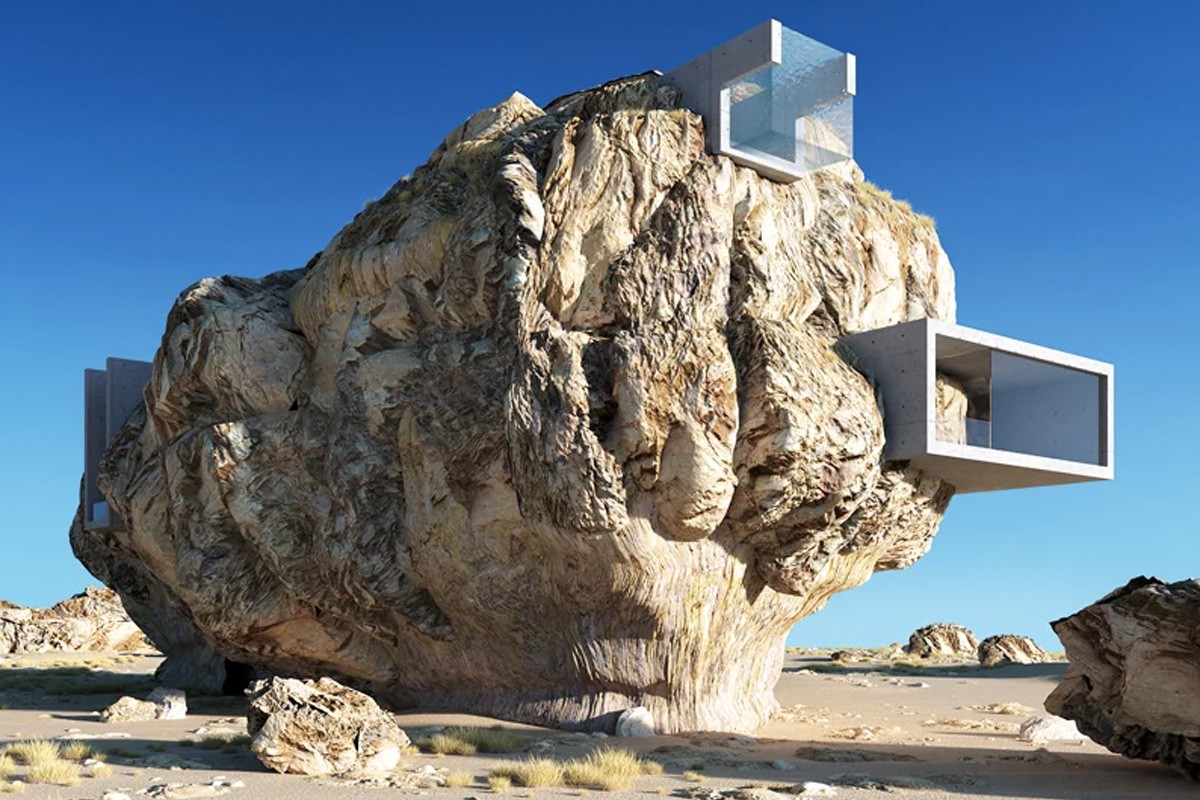 “Considering the visual complexity the rocks at Madain Saleh, it was imperative to use simple planes and cubes in order to achieve a visual balance,” Kandalgaonkar tells Designboom. “I started out creating the rock in 3D software which in itself was a sculpting process. Later when inserting the house into this rock, I tried to keep its visual impact from eye level as minimum as possible and only when observed from a bird eye, the real extent of the intervention is revealed.”

There’s something a little villainous about the result, and if such an idea were ever to take off in real life, it may stir concerns about the degree to which we’re altering and developing our natural surroundings. But as a concept, it’s pretty cool. You can see more of Kandalgaonkar’s fantastical work on Instagram @ameyzing_architect.