British inventor, artist and satirist Dominic Wilcox is at it again, this time with a contemporary art exhibition aimed at canine attendees with a range of interactive installations purpose-built for pups.

Play More in London has an array of dog-oriented artworks set low on the gallery walls as well as other more directly experiential displays. 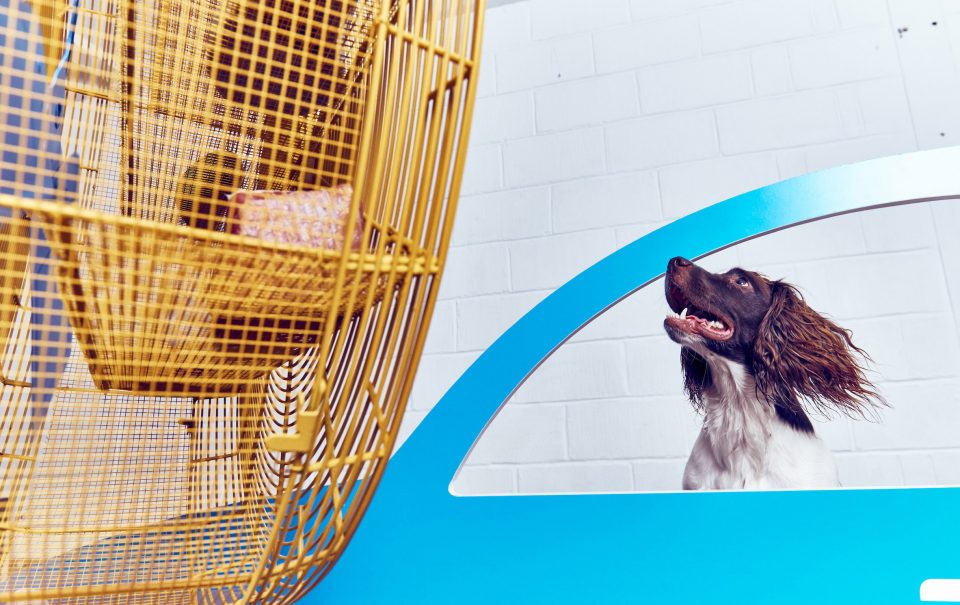 Cruising Canines, for instance, includes a cardboard car with cut-out windows and a fan to simulate a brisk drive through the English countryside. 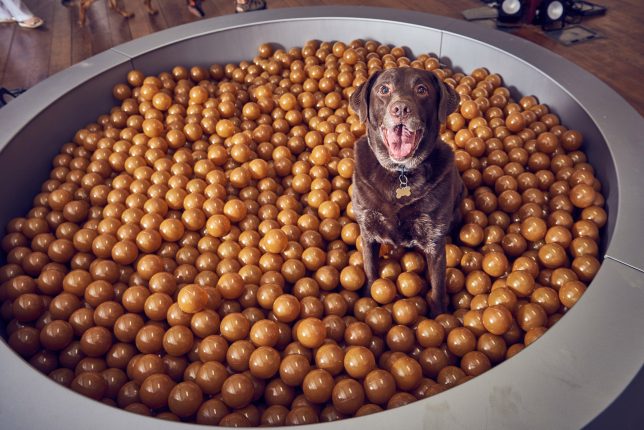 Dinnertime Dream consists of a giant dog bowl that serves as a ball pit, the balls looking like extra-large pieces of dried dog food. 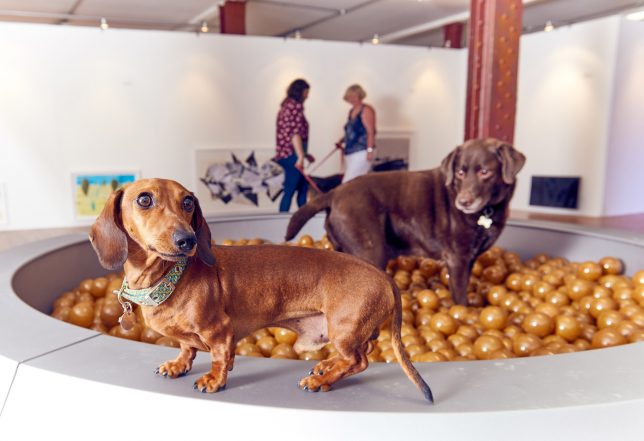 A series of normal-sized doggy bowls operate as fountains, shooting water between them that can be used for bathing or drinking by so-inclined canines. 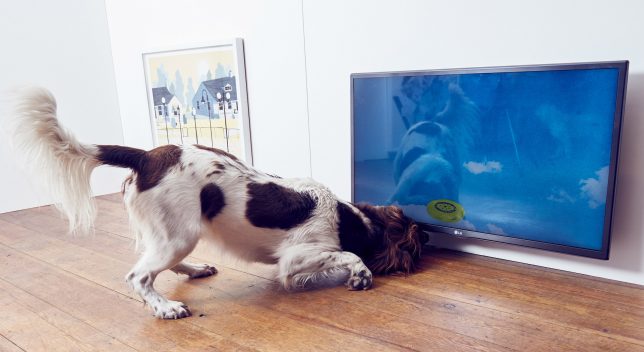 “Contemporary art has long been an important source of inspiration and fascination for humans,” says Wilcox, “but never before has it been created with a view to drawing the same kind of emotions out of animals instead.” 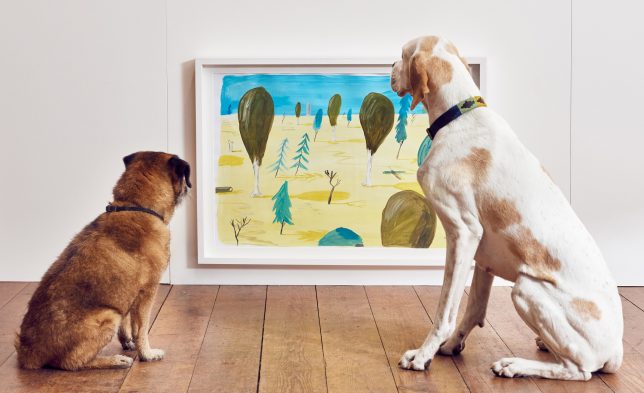 Complimenting the interactive elements are a series of original paintings and multimedia displays by artists Nick White, Clare Mallison, Joanne Hummel-Newell, Robert Nicol and Michelle Thompson. While amusing for human companions as well, these works were tailored to be visible to dogs in terms of their colors and shades. The exhibition and its contents were all crafted in consultation with dog experts and veterinarians. It really is, as they say, for the dogs.