From Seattle to New York City, Minneapolis to Dallas, boxy apartment and condo buildings sporting bland facades, metallic or colored cladding and a generally flat aesthetic seem to dominate new urban developments these days. Surprisingly similar in style from one place to the next, they have been dubbed works of “developer chic” or “fast-casual architecture” and branded blandmarks or LoMo (Low Modern), generally by those critical of their appearance. Some of their look is a byproduct of “value engineering,” a stripping away of decorative flourishes for the sake of saving a few dollars (the bane of many artistic architects) but there is more to the story. 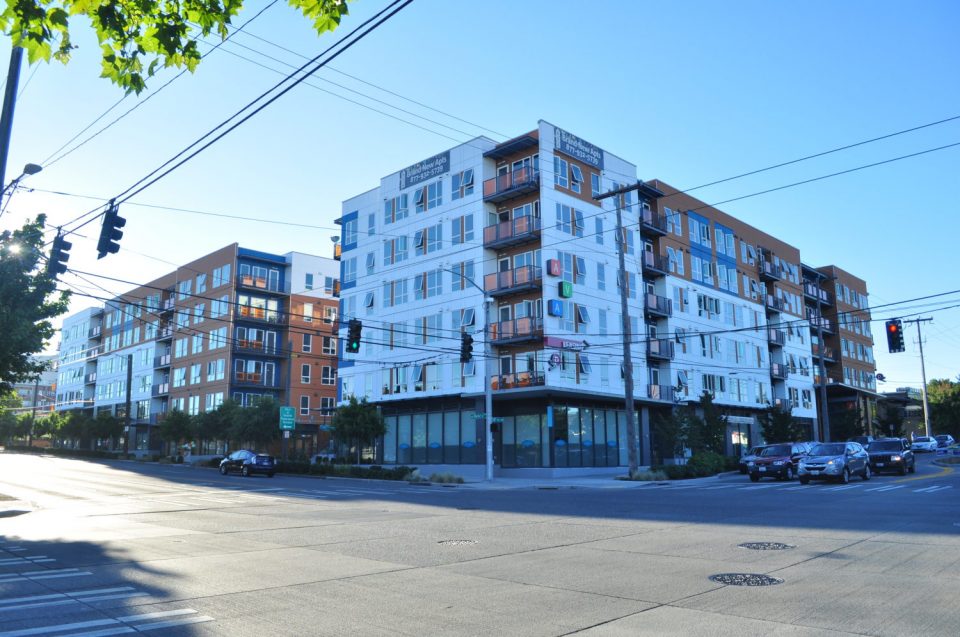 As with virtually any architecture, costs do naturally play a role as well in shaping these structures — ornate brickwork may look beautiful, but even as a decorative facade layer the material adds loads of weight and a lot of expense to a cheaper wood-framed building.  As for the stylistic convergence more broadly, much of this traces to economic and other factors that are essentially the same across cities in America and otherwise: high demand for affordable housing that has to meet a similar set of safety and other code requirements. 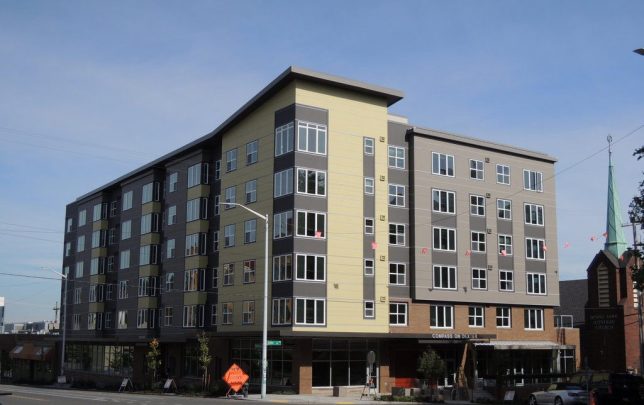 In many cities, housing is in short supply and a lot of area is zoned for single-family residential, forcing developers to fit as much housing as they can into whatever plots are left available. Where they do get built, these structures face restrictions often derived from international building codes, calling for formulaic approaches (for instance: a concrete base floor with five wooden floors on top) resulting in a roughly similar size and shape. Facades with portions that are recessed or pushed out are common features, too, again usually the product of local ordinances and design review boards that demand physical variety from facades. 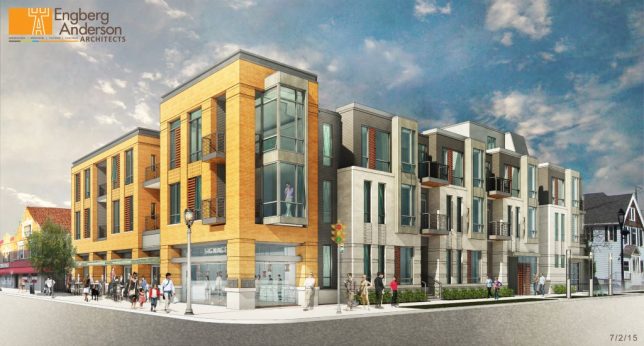 To some critics, these cookie-cutter creations represent an aesthetic crisis. To others, they seem like harbingers of gentrification. As any urbanist knows, though, a lack of affordable housing is a serious and pervasive problem neither caused nor solved by architects as such. Architecture critic Kate Wagner looks at the situation pragmatically, arguing that “affordable mid and high-rise towers are the most effective way to house the greatest number of people on the smallest parcel of land, something that’s desperately needed in places like San Francisco, where the value of land is so high.” 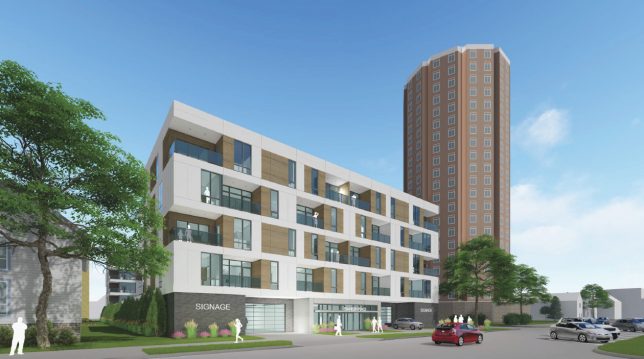 For those who would point to the much-discussed failures of 20th-century mass-housing attempts, she writes: “Modernist public housing was not the failure of architecture it was the failure of people—through racial prejudices, misguided and poorly thought out policies, ugly politics, and economic greed, people caused the public housing of the past to fail.” Additionally, a lot of lessons learned from that era are incorporated into even the most boring of boxy apartments, including mixed-use programs that activate areas and bring in more than just residents. 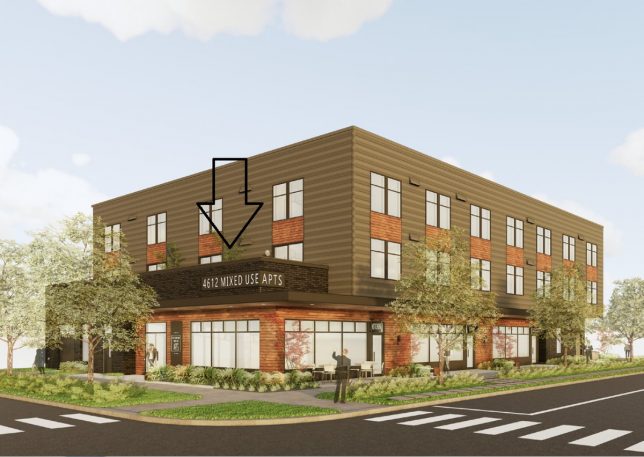 More broadly, there is a case to be made that what was once more of an art has become something of a science, whatever one’s opinion of the effects. Architects have always been in the business of balancing aesthetics and pragmatics, form and function, but increasingly their work is constrained by outside forces, including but not limited to client budgets, safety considerations and municipal rules. 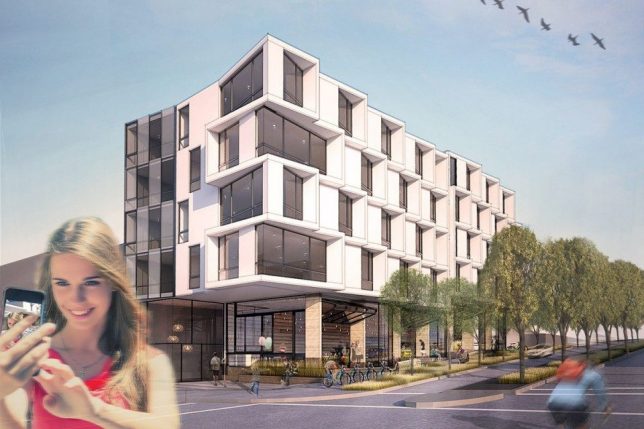 Over the long term, the sometimes-shoddy construction materials and methods of this currently trending typology may be the seeds of its undoing. It’s possible these will be looked back on as a mistake. Maybe, though, the same thing will happen here that has with other approaches and styles over architectural history: people will come to appreciate the beauty and functionality in what currently seems mundane if not abhorrent. In the meantime, architects can only do so much — it’s up to cities and their citizens to accept reality or rethink entrenched paradigms and consider the merits of changing zoning limitations, restrictive codes and perhaps also the benchmarks by which we judge architecture to be good or bad.