Stairs spiral up to the sky in strange configurations, going nowhere, in a tangle of surrealist sculptural structures in a Mexican jungle. Why is this series of concrete wonders hidden within the lush vegetation of Xilitlha, and who put it there? The answer lies within the mind of Edward James, a 20th century art collector described by Salvador Dali as “crazier than all the Surrealists together.” If Dali is calling you crazy, that probably says something, and photos of James’ creations reveal a visionary thinker on par with the artists he so admired. 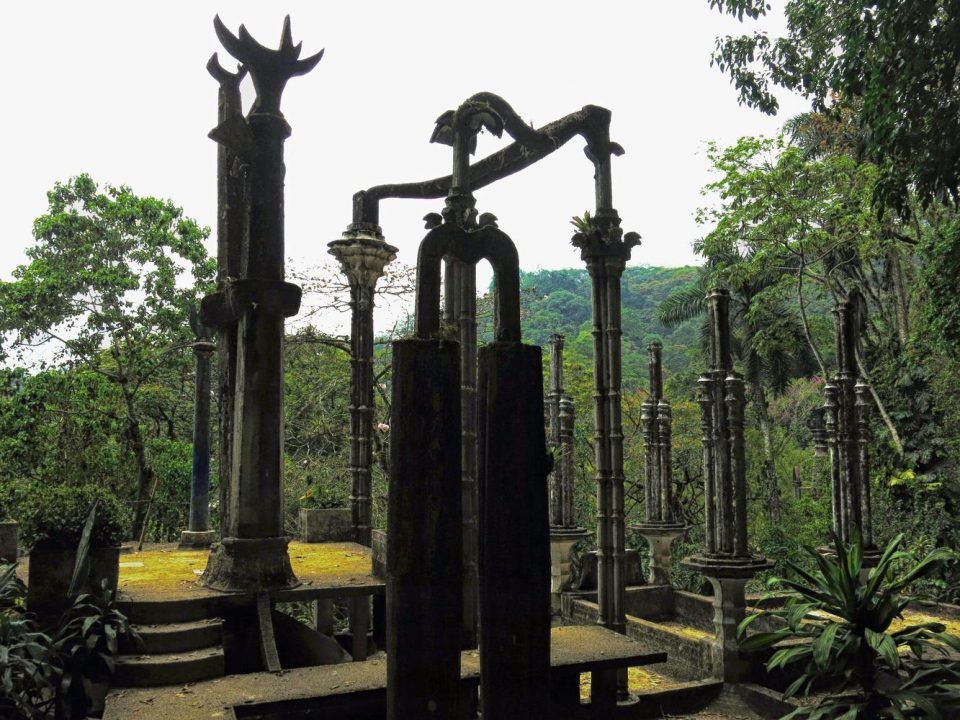 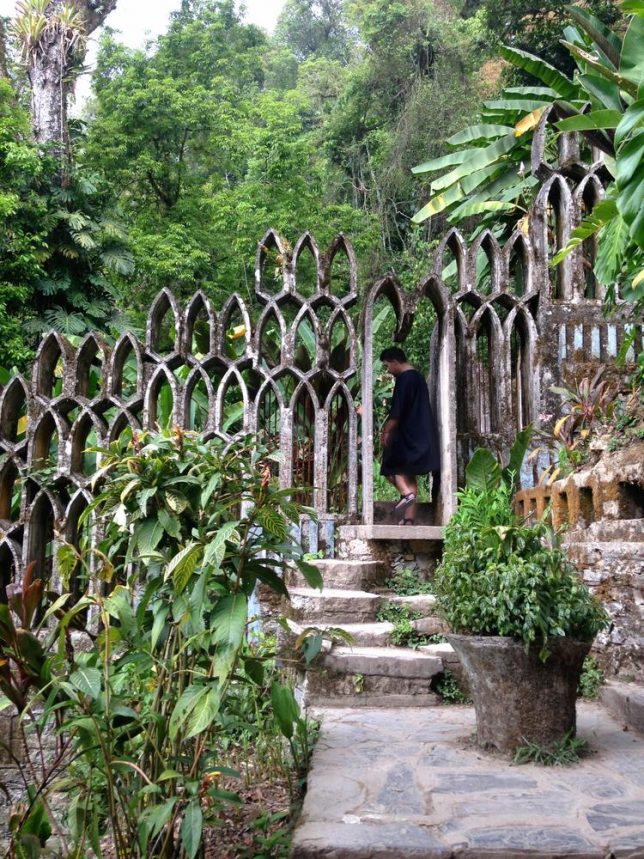 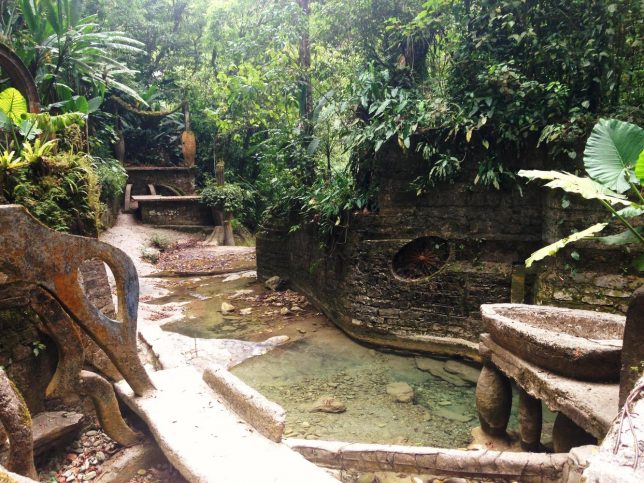 James, a poet and well-to-do heir who was once painted by René Magritte, was a passionate and early supporter of Surrealism, sponsoring Salvador Dali in a crucial early period of his career during which he produced some of his most valuable works. A 1978 documentary called “The Secret Life of Edward James” shows off some of his personal art collection, as well as his quirky refurbishment of Monkton House, a small 20th century house plastered with surreal interior designs. He was certainly an interesting character, which explains how Las Pozas came about. 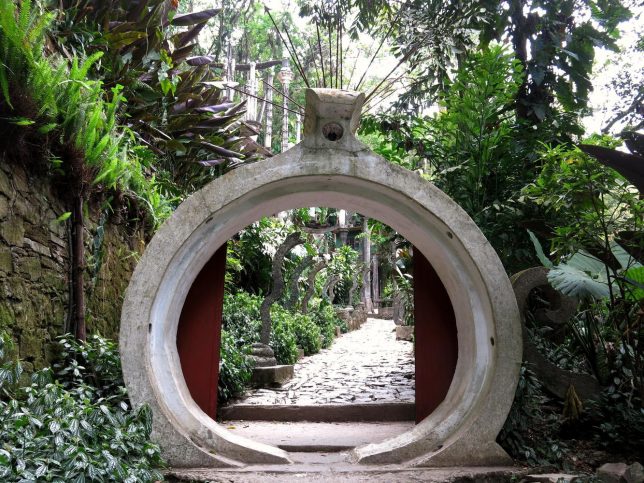 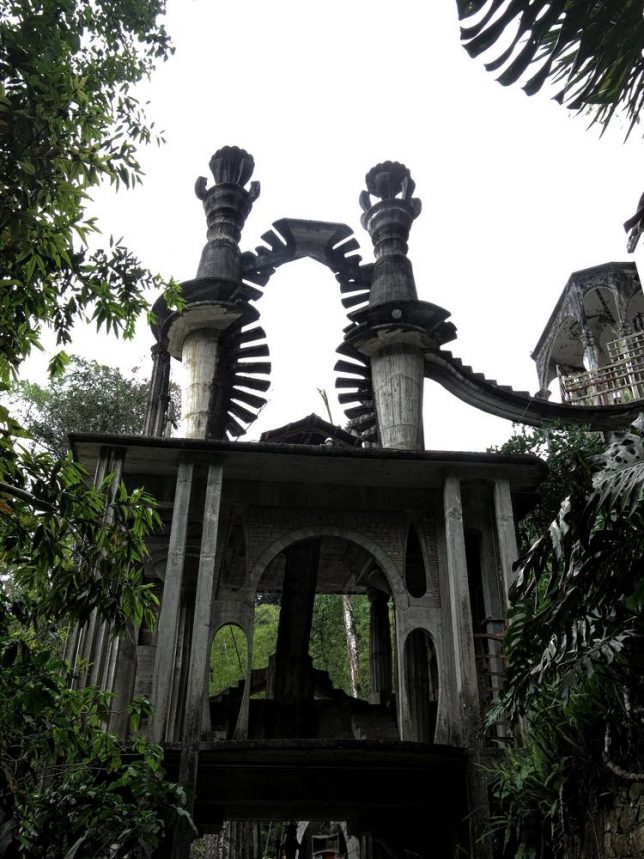 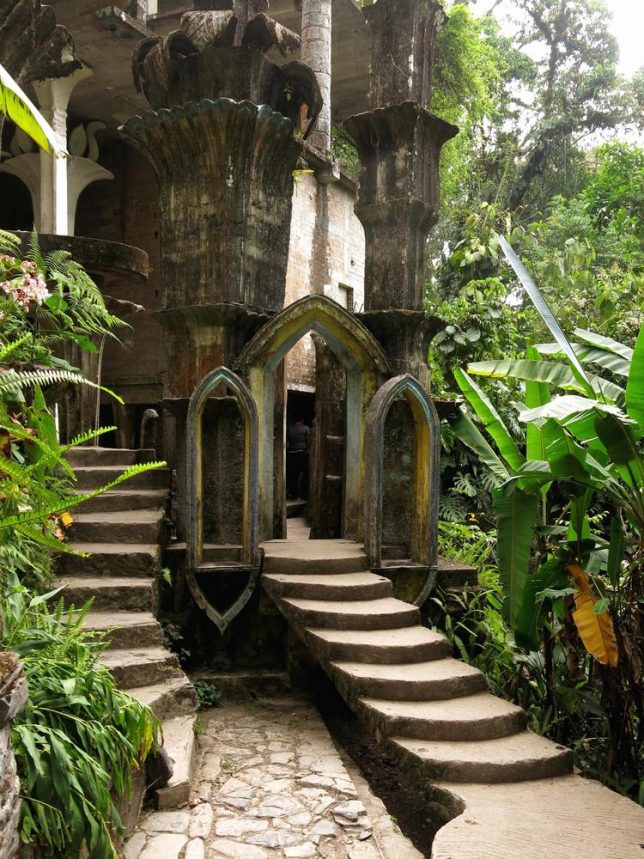 Built more than 2,000 feet above sea level about seven hours (drive) north of Mexico City, ‘Las Pozas’ was named for the natural pools and waterfalls that characterize the site. James saw it as the ideal romantic spot for his vision of a “Garden of Eden set up.” Between 1949 and 1984, he built dozens of towering concrete structures around the pools, each of them given names like “The House on Three Floors Which Will in Fact Have Five or Four or Six,” and “The House with a Roof Like a Whale.” 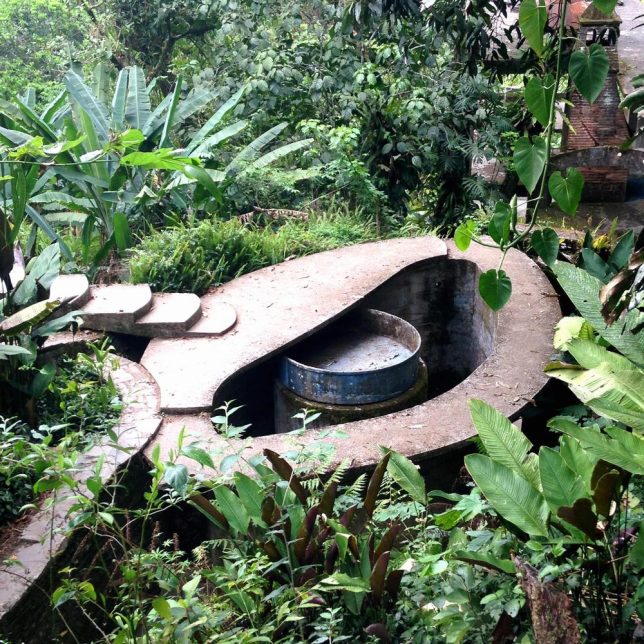 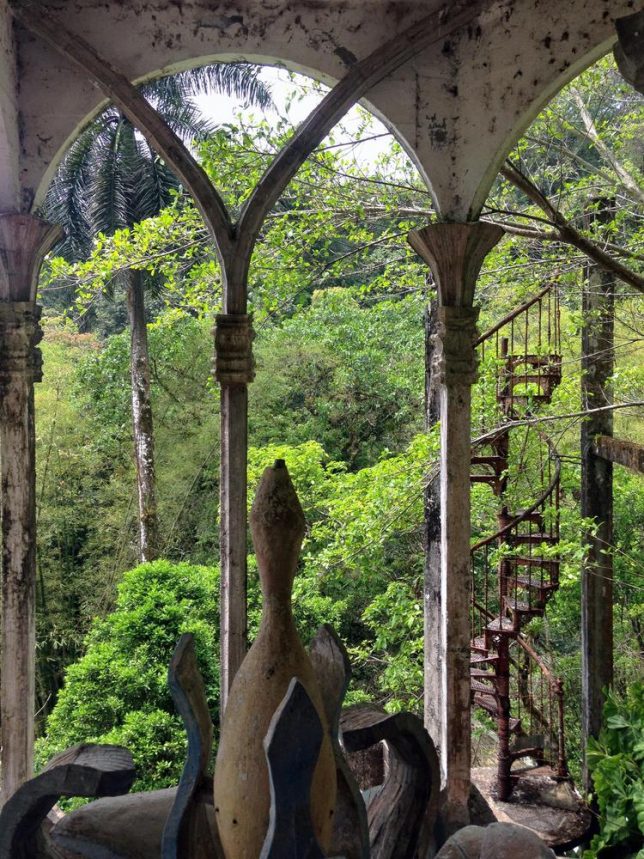 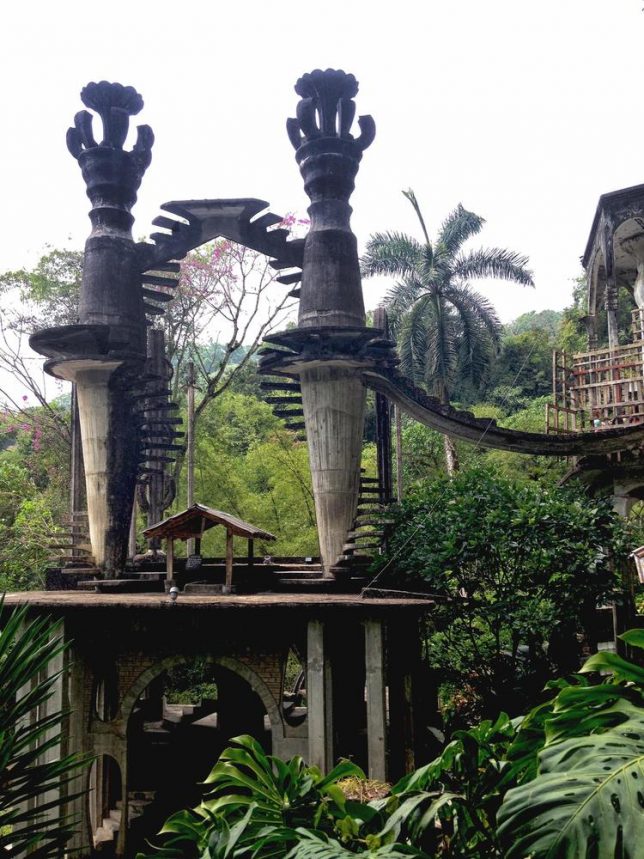 The sculptures were conceived by James and his guide Plutarco Gastélum, who helped him scout the site, after his living orchid garden decades in the making was destroyed by a blizzard. The concrete ‘flowers’ would be everlasting, much hardier than anything organic he could grow. It took a crew of about 150 people to build them all. It cost more than $5 million to construct, a sum James raised by selling his collection of Surrealist art at auction. 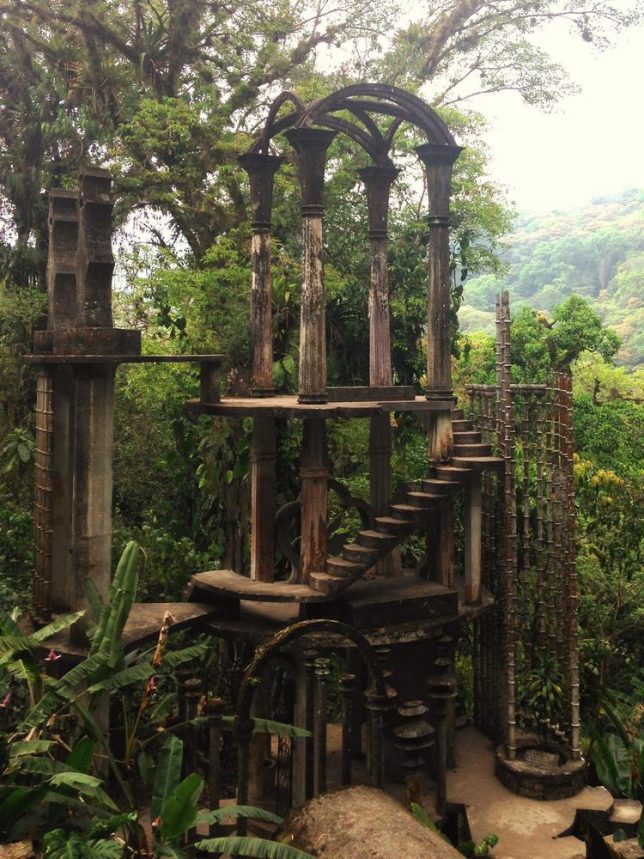 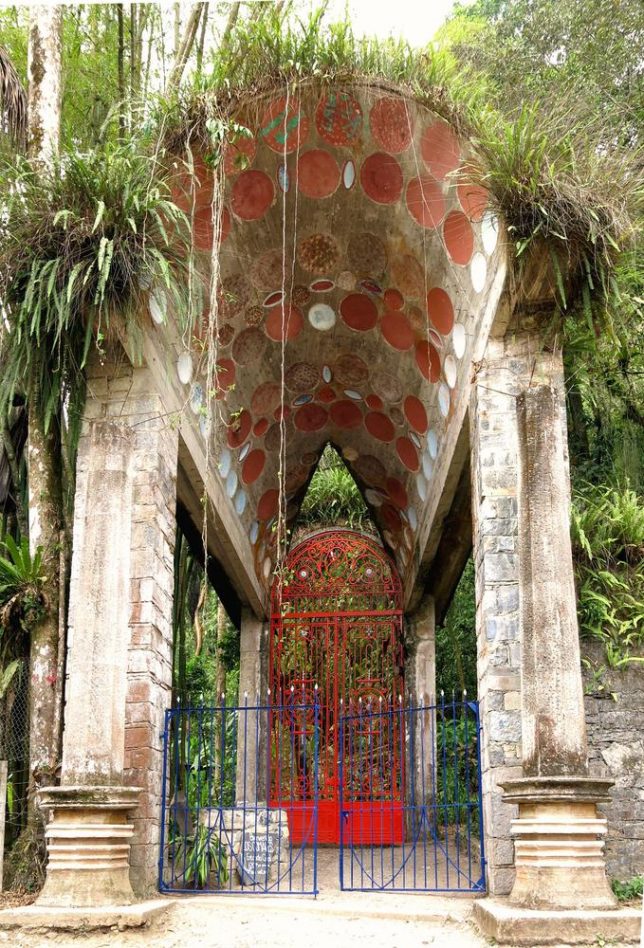 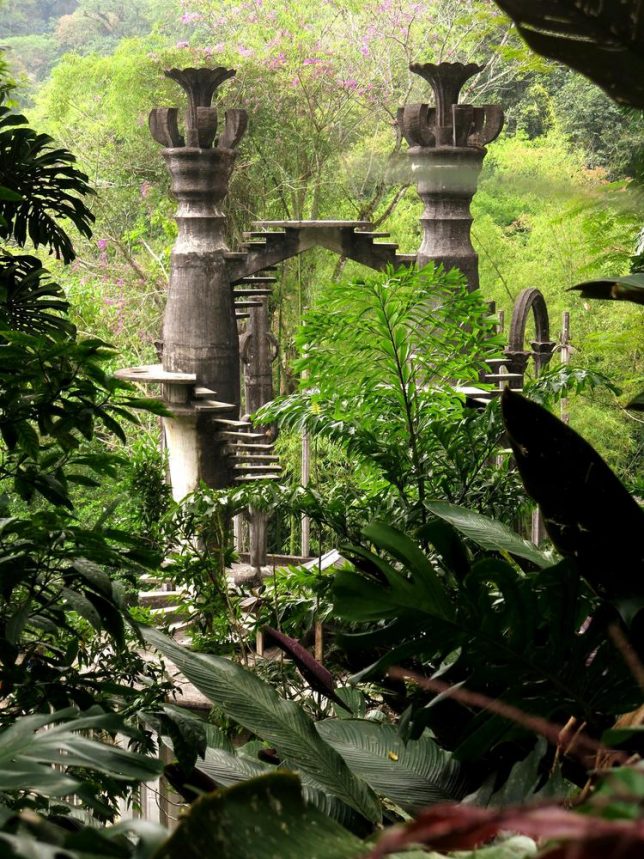 After James’ death in 1984, Las Pozas was opened to the public, and it’s know owned by Fondo Xilitlha, a foundation overseeing its preservation and restoration.