Unlike other arts, architecture is generally limited by practical matters, including what materials can do, how things stand up, and in most cases (but not so much this one) an array of challenging local building codes.

A firm in Mumbai, India called sP+a developed this vaulted brick library roof with a playful purpose in mind, allowing people to walk up and over it like a bridge to cross the school grounds it sits in the middle of — on a cool evening, the heat-absorbing bricks also create a cozy open-air reading area.

The idea is conceptually simple: the ground simply extends up and over the top. In most places, a railing would be required, if the steepness didn’t stop the design in its tracks, but not here. 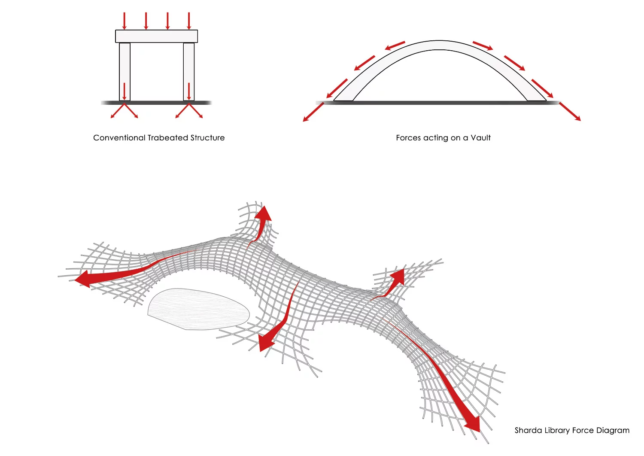 “On our first visit to the site it was interesting to see geodesic structures built by an engineer for a few of the school buildings, we were somewhat encouraged by this to pursue a project that followed from a construction intelligence,” explains sP+a. “We hence parsed through several possible material configurations ranging from concrete shells to brick vaults for building this ‘architectural landscape’.” 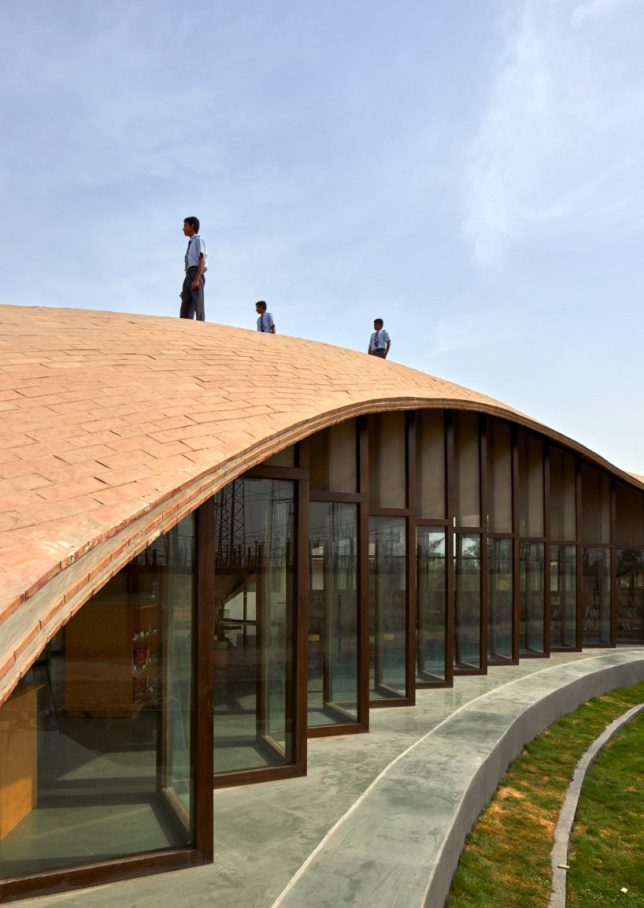 “The design team became interested in the material efficiencies of the Catalan tile vault from the 16th century, its use by Spanish architect Guastavino in the early 19th century, and the details used in the work of uruguayan engineer and architect Eladio Dieste. to articulate a pure compression form for the library, sP+a used rhinoVAULT — a form-finding plug-in developed by the block research group at ETH zürich. consequently, the Maya Somaiya Library is the result of lessons learned from different time periods as well as geographic locations.”