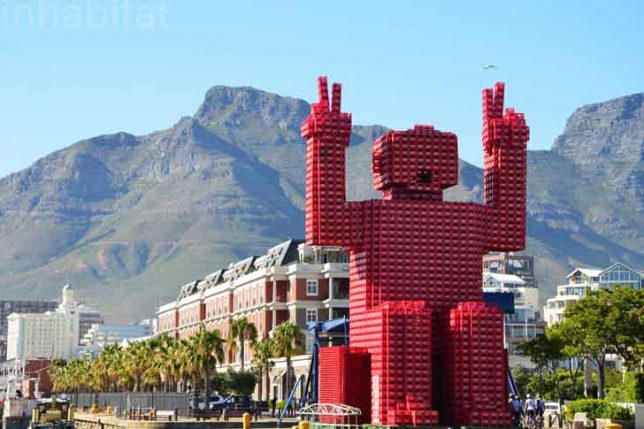 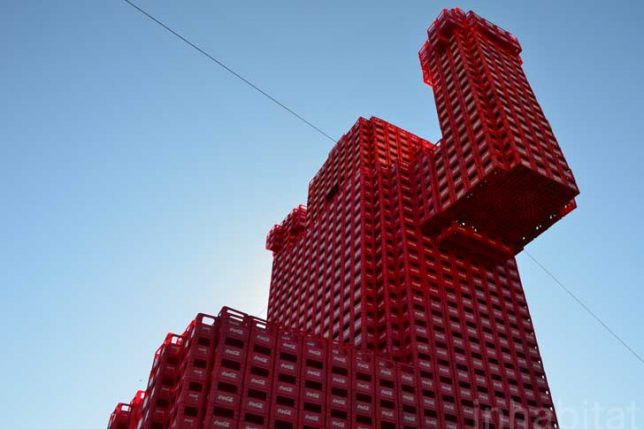 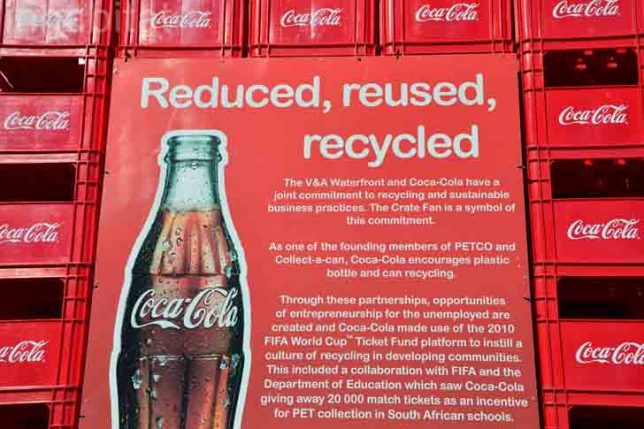 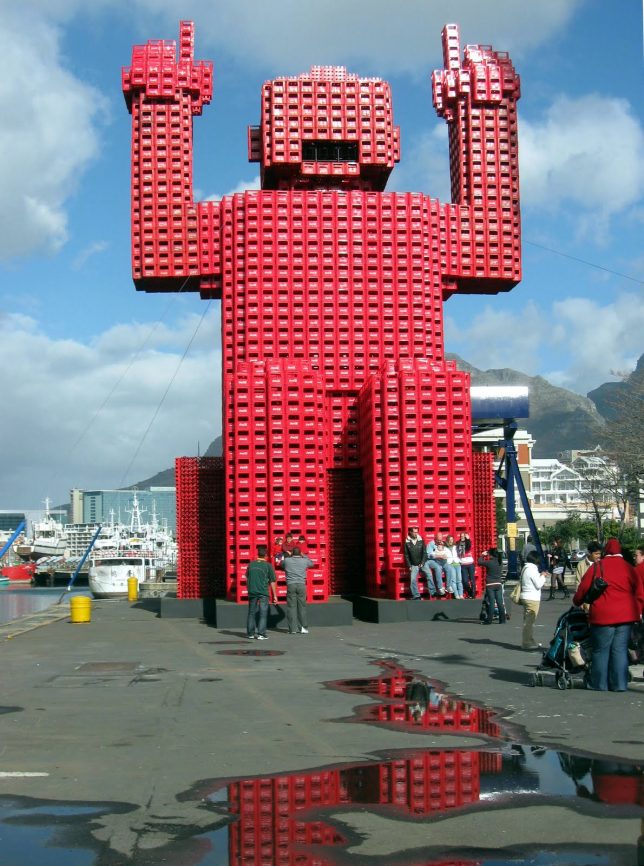 The coked-up cheerer weighed about 27 tons and carried a special message about the importance of reusing and recycling metal cans and plastic bottles. One would hope those 4,200 crates are reused and recycled once Crate Fan inevitably meets his end. 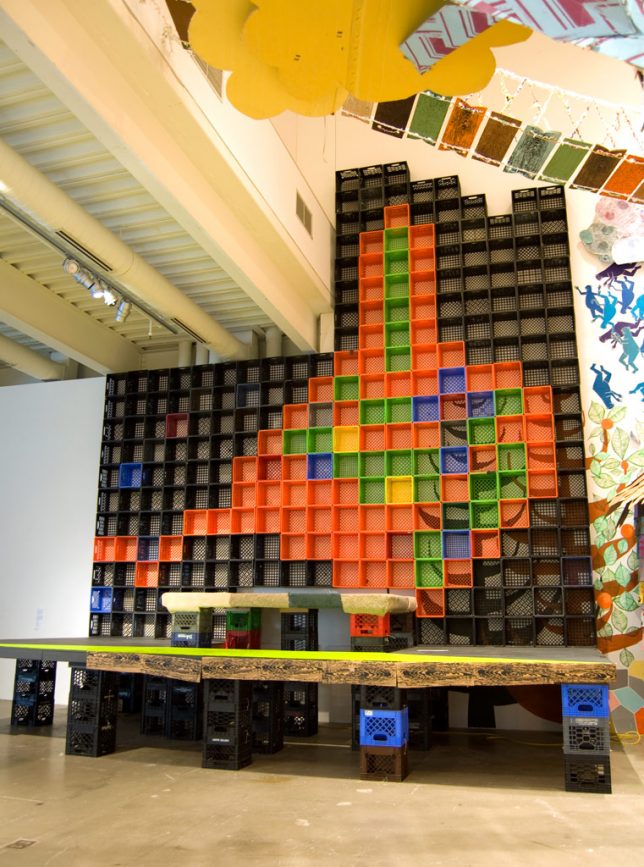 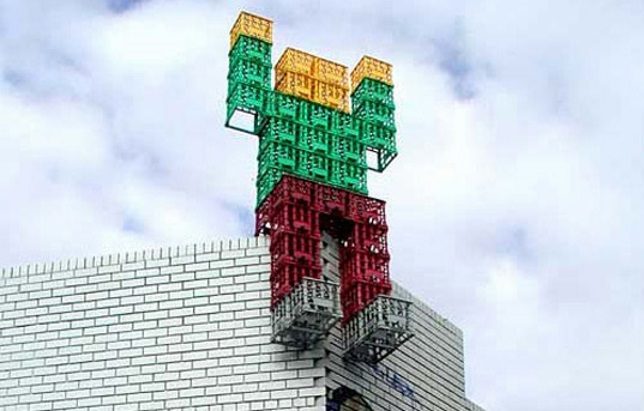 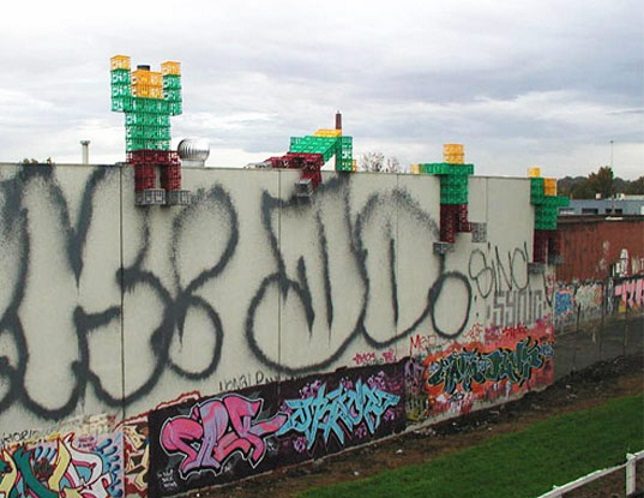 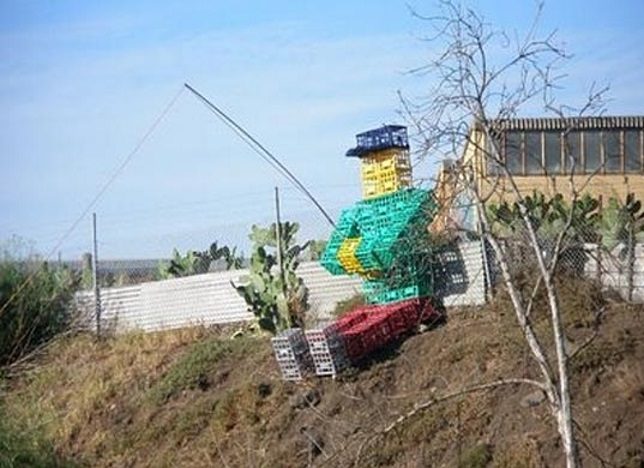 All hail Crate Man, or maybe that should be Crate MEN? In any case (pun unintended), these anthropomorphic milk crate men are likely to appear anywhere (in Australia) creators Sam, Jerome, Ed and Gab can scrounge together enough milk crates and, presumably, wangle a permit from the local authorities.

Let’s Give Them Back 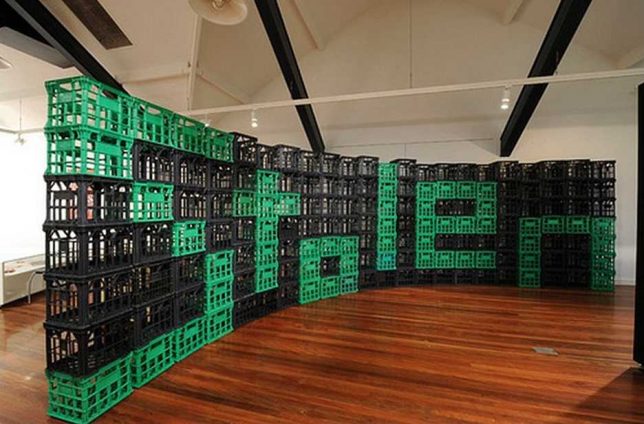 They may be ubiquitous and innocuous on their own, but in the hands of an artist milk crates can project a powerful message. Witness “The Crate Land Grab”, a 2009 conglomeration of 154 black & green milk crates created by Adam Hill, a Koori (east-coast urban Aboriginal) artist and displayed at Blacktown Arts Centre in western Sydney, Australia. “Perhaps it’s just about nicking milk crates,” ponders blogger Ghost Guns, “but I don’t think so.”