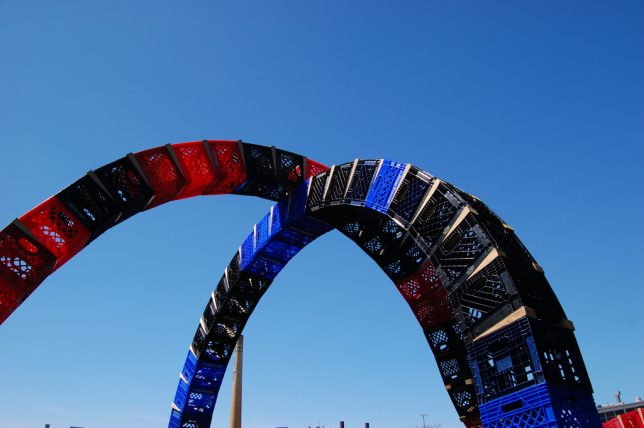 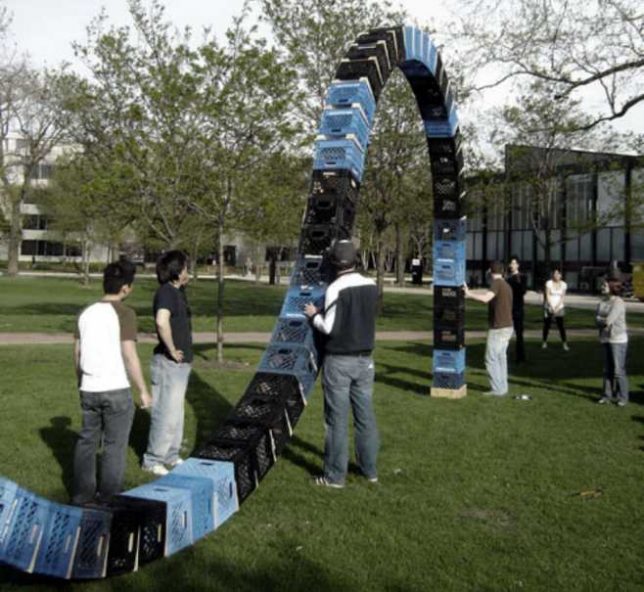 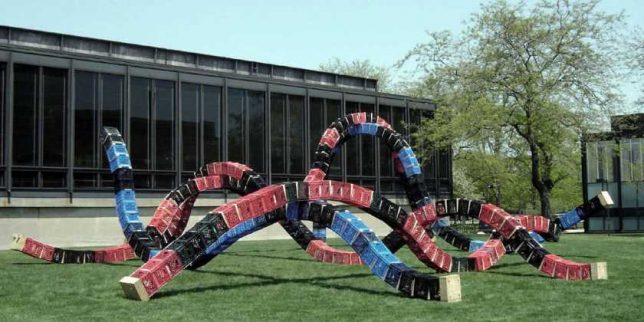 Lead Designer Frederick Grier and his team created the above Tensioned Milkcrate Installation for the 2008 IIT (Illinois Institute of Technology) Open House. The installation’s stated purpose was “exploring the use of post-tensioning in curvilinear beams”. Likely not what milk crate manufacturers had in mind but cool nonetheless. Flickr user Eric Allix Rogers (reallyboring) captured some of the curvier aspects of the work in May of 2008. 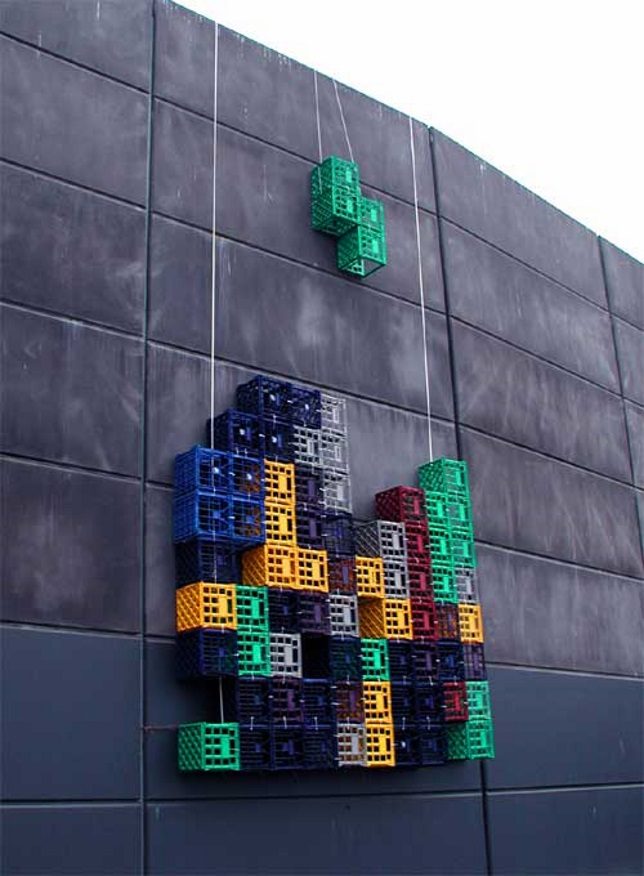 We mentioned how large-scale conglomerations of milk crates can inadvertently evoke a Tetris game… well, sometimes the resemblance is more than advertent. Take this outsized tribute to Tetris mounted alongside the Monash Freeway in Victoria, Australia, as snapped by BlossomLuxe Jewels in 2006. Hopefully no accidents were caused by drivers distracted by this “crate” piece of visual art. Now if only some theme music could be piped in… 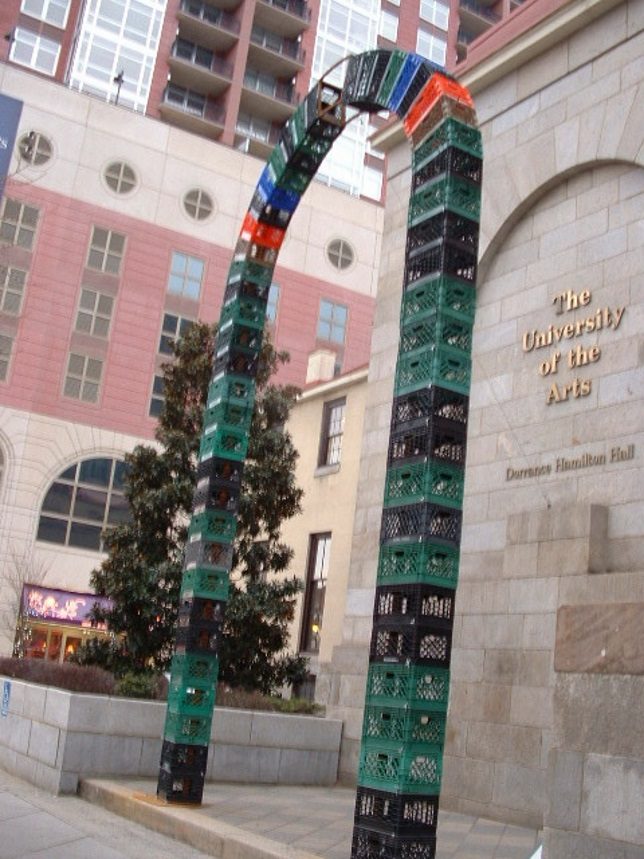 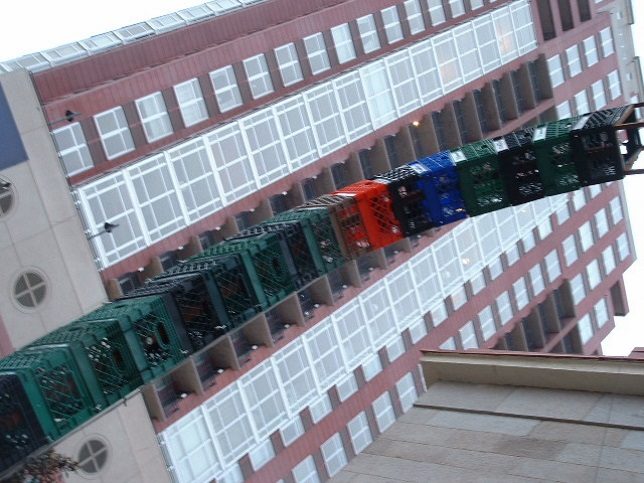 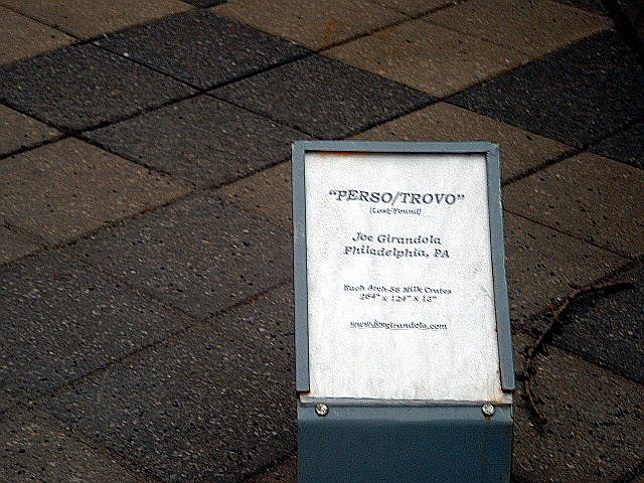 More of an Arch Deluxe, amiright? Credit sculptor and teacher Joe Girandola of The University of the Arts in Philadelphia with this artistic arch of milk crates fronting one of the school’s buildings. Dubbed “Perso/Trovo” (Lost & Found), the sculpture was erected in 2010 and stands 22-feet high. 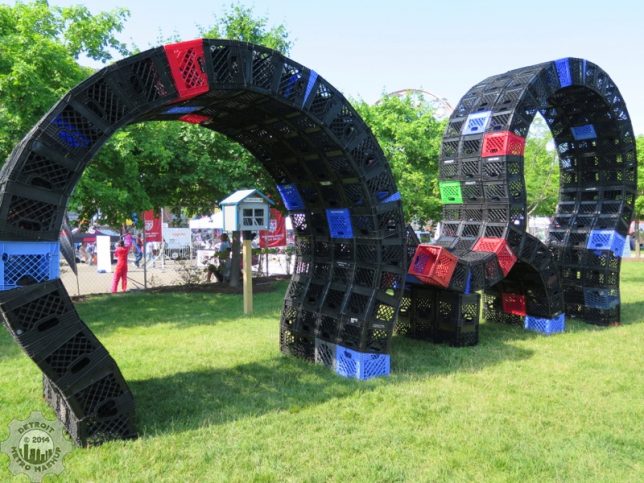 Creative beauty in Detroit? It’s more likely than you think, especially during the annual GM Detroit River Days Festival. The Detroit Riverfront Conservancy first staged this event in 2006 and the “crative” milk crate sculpture above was snapped at the 8th annual event in June of 2014.