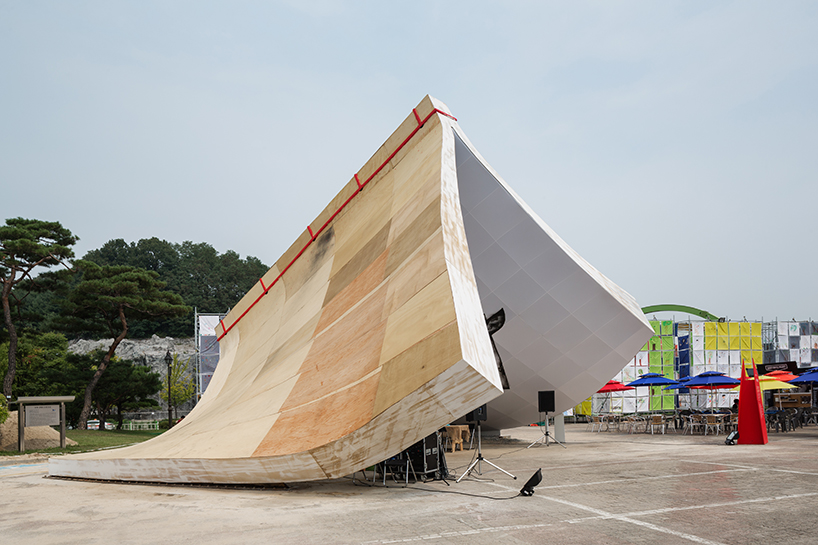 In 1377, nearly a century before the famous Gutenberg Bible was printed in Germany, the Jikji anthology was made using movable metal type, then bound and and protected for centuries to come. 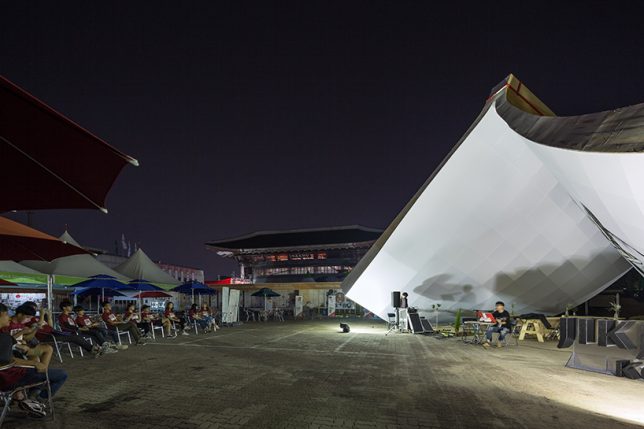 A new installation outside the Cheongju Art Centre in South Korea celebrates this historic achievement, acting as a shelter for public performances in the open plaza.

It also hints at a larger exhibit inside: an array of architecture, art, design and digital media that traces the history and impact of movable type on literacy and publishing. 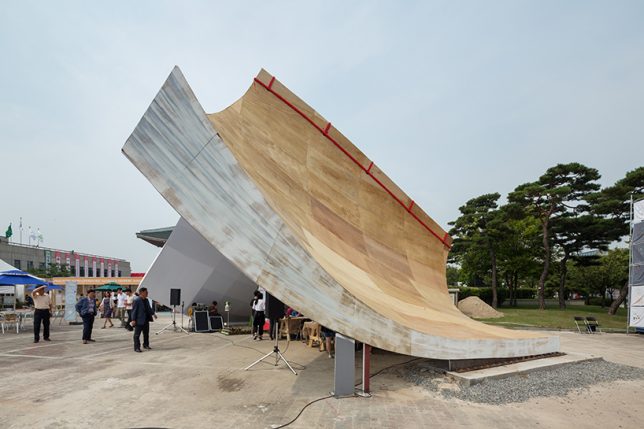 The pavilion itself, folded and stitched together with red twine, forms a canopy that mimics the properties of an open book “being pushed down onto a flat surface,” explains its creator Ron Arad. “The thickness increases where the pages fan out, and the metal binding of the structure is derived from a traditional spine.” 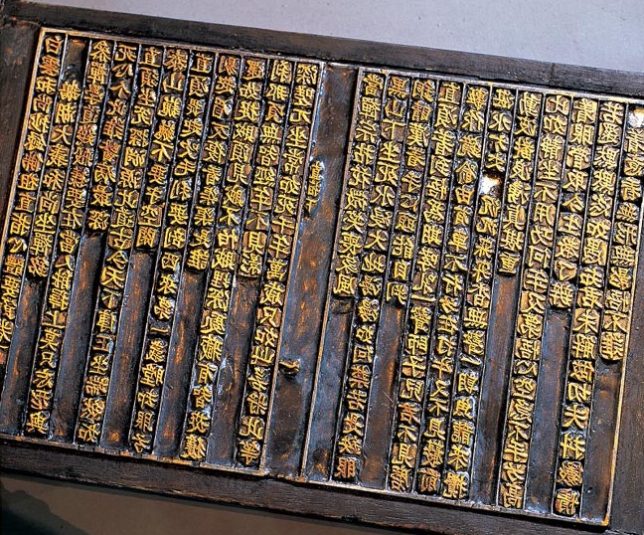 The Jikji is the abbreviated title of a Korean Buddhist document, whose title can be translated roughly as “Anthology of Great Buddhist Priests’ Zen Teachings.” It collects teachings of Buddhism passed down for generations.

Printed during the Goryeo Dynasty in the 14th Century, it is the world’s oldest extant book printed in an essentially modern fashion. Prior printing techniques in China used ceramics to generate volumes, but none of those works survive. 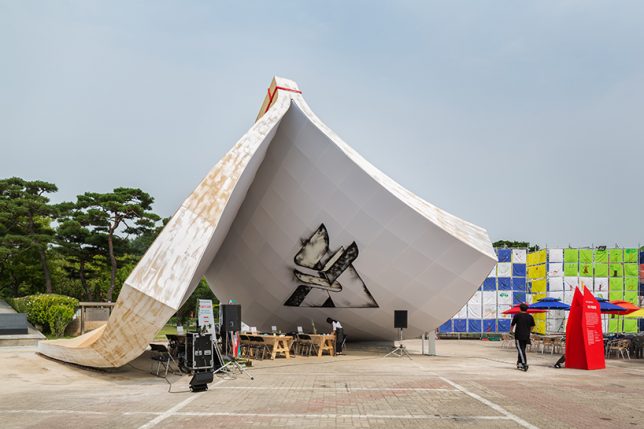 While other copies of the content still exist thanks to wood engravings in temples, only the final volume of the original metal-printed Jikji remains. It is preserved by the Manuscrits Orientaux department of the National Library of France.

The fact the a movable metal type process was used to create the anthology was only rediscovered in the early 1900s in the West when this last book was examined. 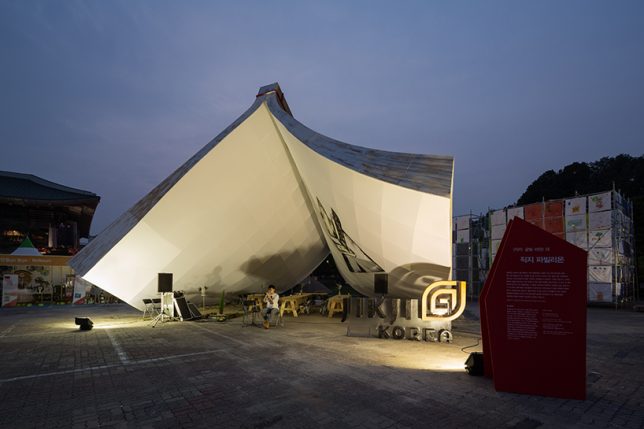 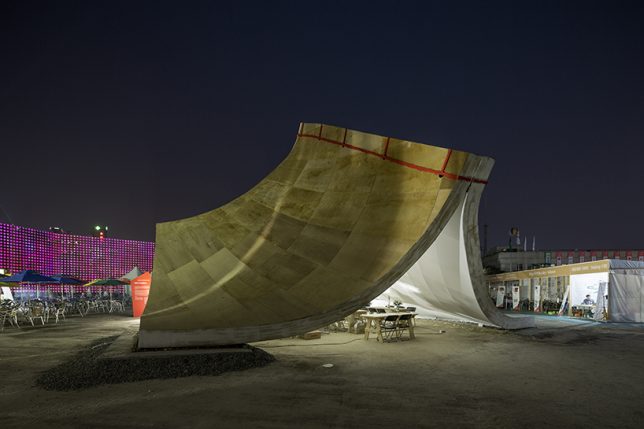 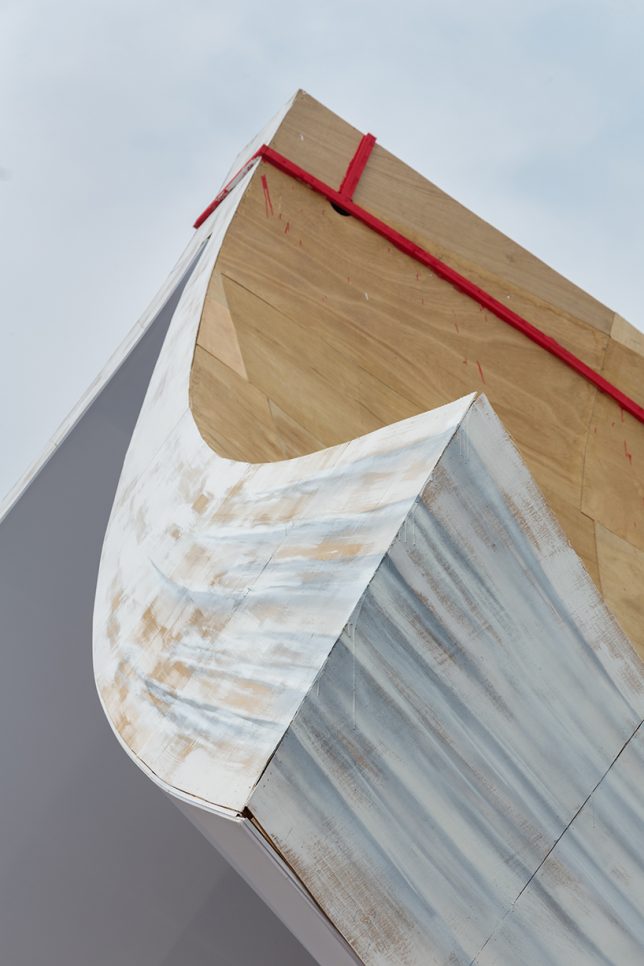 Johannes Gutenberg, meanwhile, was the first to create type pieces from a particular alloy of lead, tin, and antimony—and these materials remained standard for over 550 years as printing evolved in Europe.