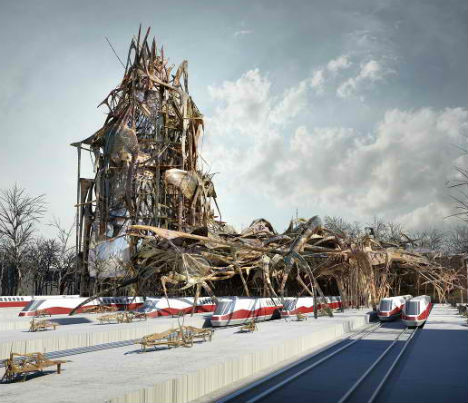 Throughout human history, one of the most fundamental underlying purposes of urbanity has been to create a sense of control, engineering an escape from the innate danger and chaos of the natural world. We design our cities to be orderly, geometric and predictable. But what if we allowed them, instead, to be ‘contaminated’ by nature? ‘Asemic Forest’ by Shahira Hammad envisions a new train station for Vienna that would do just that. 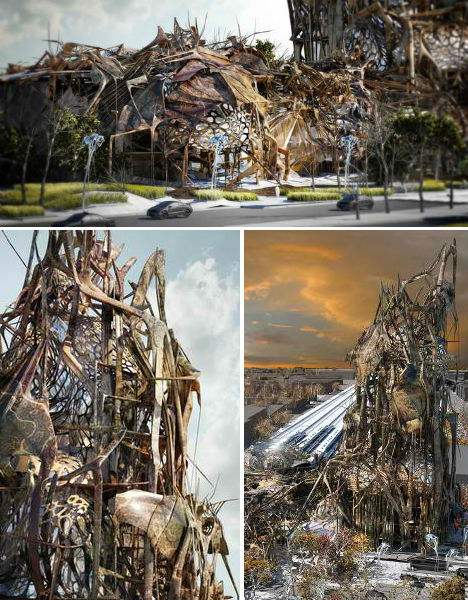 The project modifies the existing Westbahnhof Train Station, but ‘contaminates’ it with structures that you would expect to find in the deepest reaches of tropical forests, where vines can grow meters within days and tree roots strangle everything in sight. 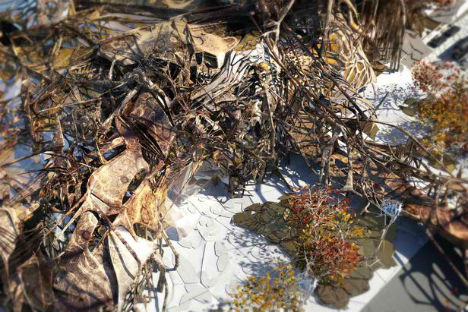 Such an infiltration of the powerful forces of nature, which are difficult – if not impossible – for humans to control, is a startling proposition. After all, the order of cities that urban planners have spent centuries refining is what enables us to manage large growth in human population levels. But inherent within Hammad’s vision is a factor we often forget: spontaneous order, the spontaneous emergence of order out of seeming chaos that is found in physical, biological and social networks. 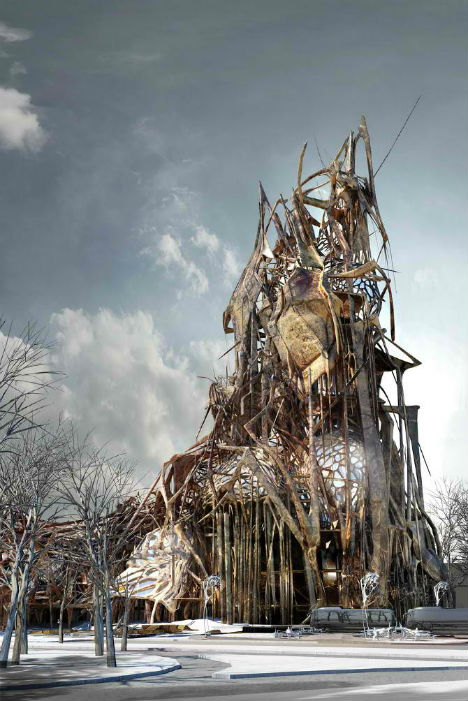 “This is not disorder in the common sense, although it could have this appearance,” says Hammad. “It is, evidently, a reaction against excessive rationalism and rationalizations. Yes, it is excessive, but essentially it tries nothing else but to bring the complexities present in Nature into the urban fabric. All in all this is an architectural meditation on Time as well, since the structures I envisioned do reflect metamorphosis, the passage of Time, change, ephemerality and even decay… themes, again, neglected by conventional architectures.” 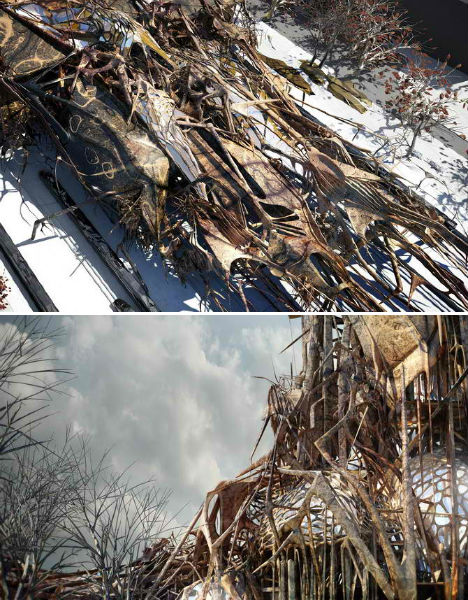 “If chaos is deprived of its negative connotations maybe we will have again the chance to reach the positive aspects of what is called ‘spontaneous order.'”