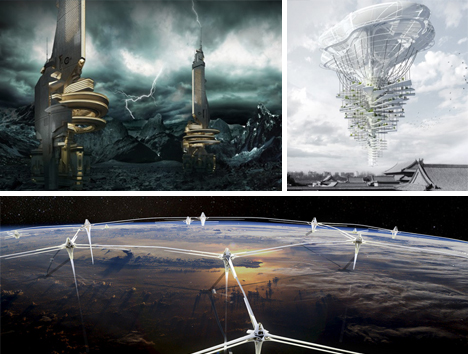 The first skyscrapers were impossible drawings at the times they were imagined, yet today glass towers that scale to the skies are everyday structures.  On land, by sea, in the air (or in one case: outer space), these entries are daring and visionary, defying convention, technology and at times even gravity. 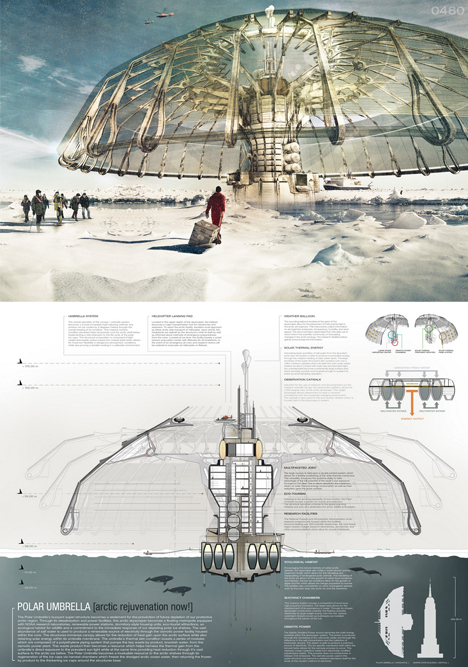 First, the winner of the 2013 Evolo Skyscraper Competition, the Polar Umbrella (by Derek Pirozzi), a buoyant skyscraper that protects and regenerates the polar ice caps. The umbrella helps shade the ice below it, which is, in turn, rebuilt via water frozen by energy generated “through an osmotic (salinity gradient power) power facility housed within the building’s core.” 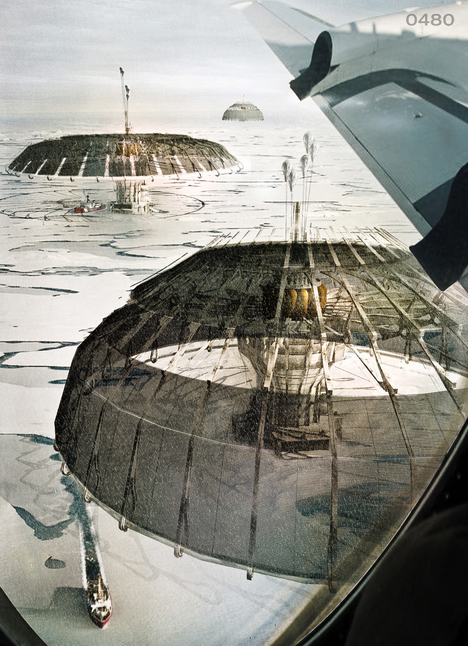 It can much more than just a remote outpost: “Through its desalinization and power facilities, this arctic skyscraper becomes a floating metropolis equipped with NOAA (National Oceanic and Atmospheric Administration) research laboratories, renewable power stations, dormitory-style housing units, eco-tourist attractions, and ecological habitats for wildlife.” 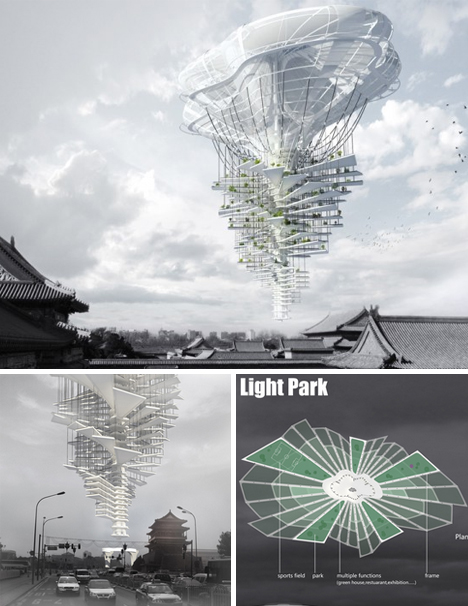 From the sea we shift our sights to the sky, where a high-flying design (third-place winner) aims to supplement dense cities with much-needed recreational and green space. Capped with a helium balloon and supported by solar-powered propellers, Light Park (by Ting Xu and Yiming Chen) is a floating skyscraper. 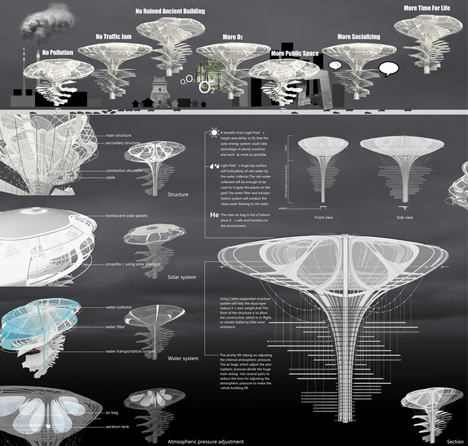 Lofted greenery helps clean the air above urban centers, and the plan balances program and structure: “Programmatic platforms that host parks, sports fields, green houses, restaurants, and other uses are suspended from the top of the structure by reinforced steel cables; the platforms fan in different directions around the spherical vessel to balance its weight. These slabs are also staggered to allow for maximum exposure to sunlight on each level.” 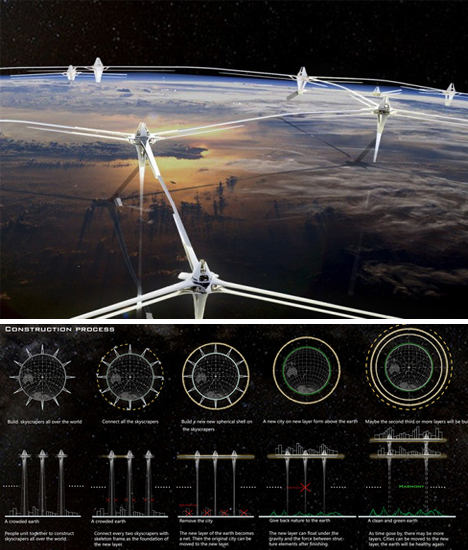 Before we get to a few back on the ground,  we have covered sea, sky and the next step? Space. That’s where the Stratosphere Network of Skyscrapers comes in – a bold idea by a Chinese team to create a skyscraper grid in space. The Buckminster-Fuller-worthy hex network of globe-spanning architectural infrastructure is mind-boggling in its implications. Independently, these incredible towers are impossible to support, but as a network, they reinforce one another, and are mutually suspended above the Earth. 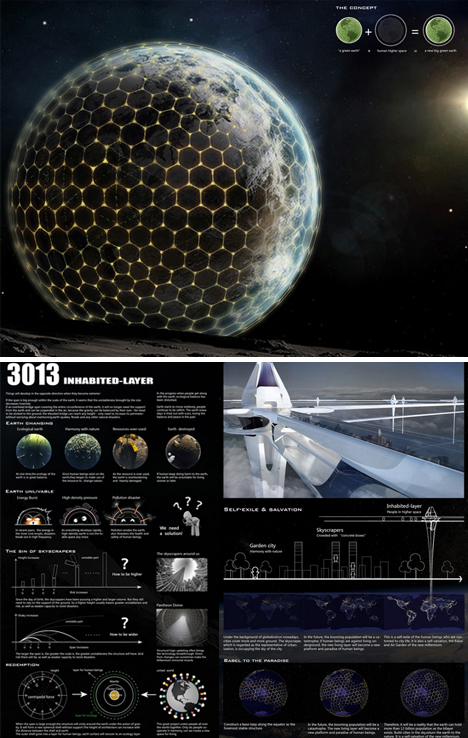 If is a tall order in practice, but a brilliant concept in theory: “In this case the network of buildings and bridges connected to each other, covering the entire circumference of the earth, will no longer need structural ground support and can be suspended in the air by the effect of the earth gravity. The elevated bridges and buildings that relate the grid can reach any height with out worrying about overturning, earth-quakes, floods and any other natural disasters.”