Dragonflies experience their brief lives on this planet 10 times faster than humans, and in 12 color wavelengths as compared to our three, a viewpoint that’s been impossible to comprehend prior to the arrival of virtual reality tech. Thanks to a project called ‘In the Eyes of the Animal’ by the creative studio Marshmallow Laser Feast, we can see the world the way super-sighted creatures do in a feat that’s being called ‘sense hacking.’ 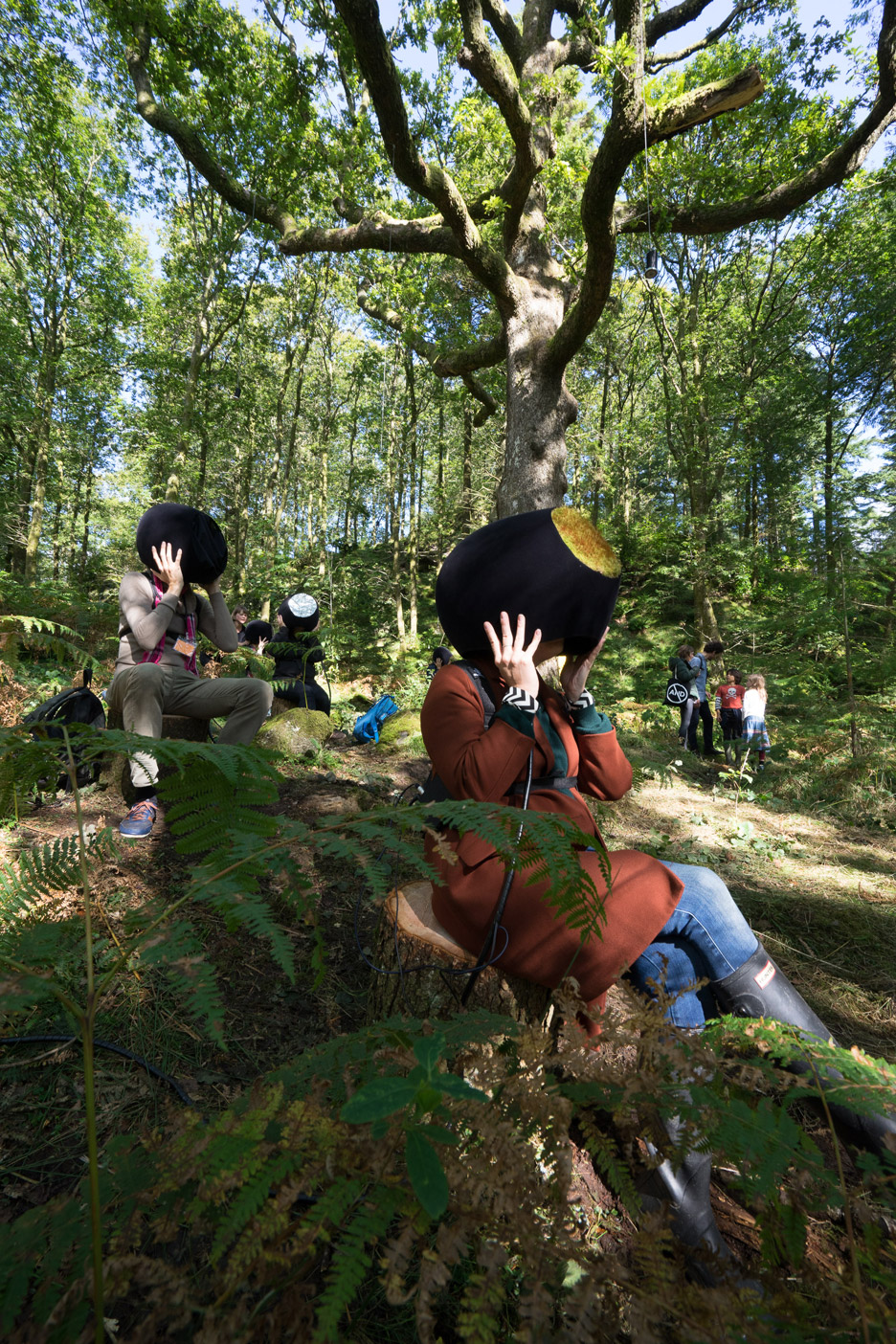 Aerial drone footage, CT scans and LiDAR remote sensing technology taken from the Grizedale forest in the UK gives the team 800 million data points upon which to render a hyper-rich environment in tandem with a real-time visual and audio engine. Visitors to the real, actual forest put on virtual reality headsets obscured with moss to take it all in. 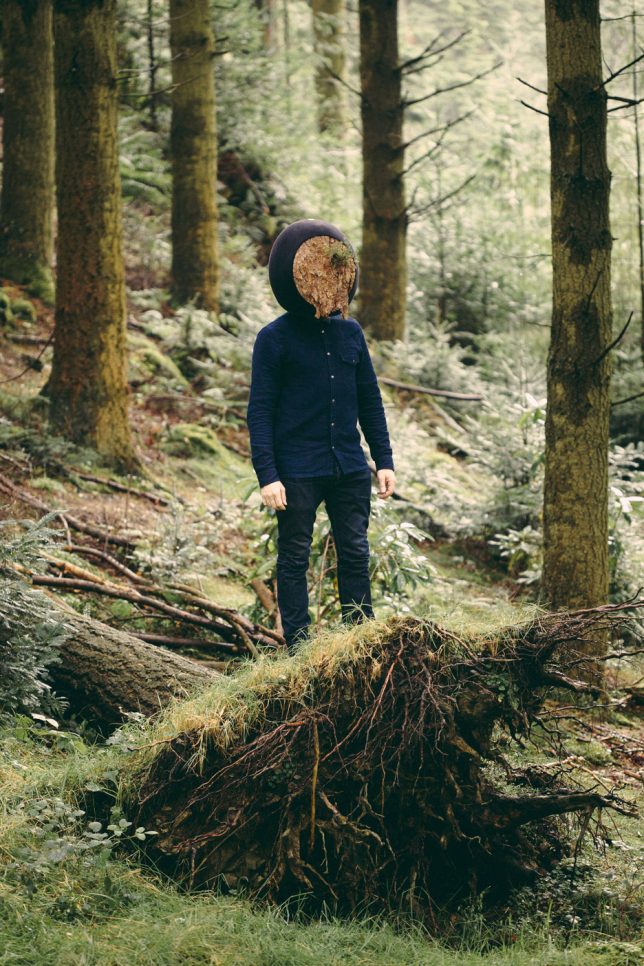 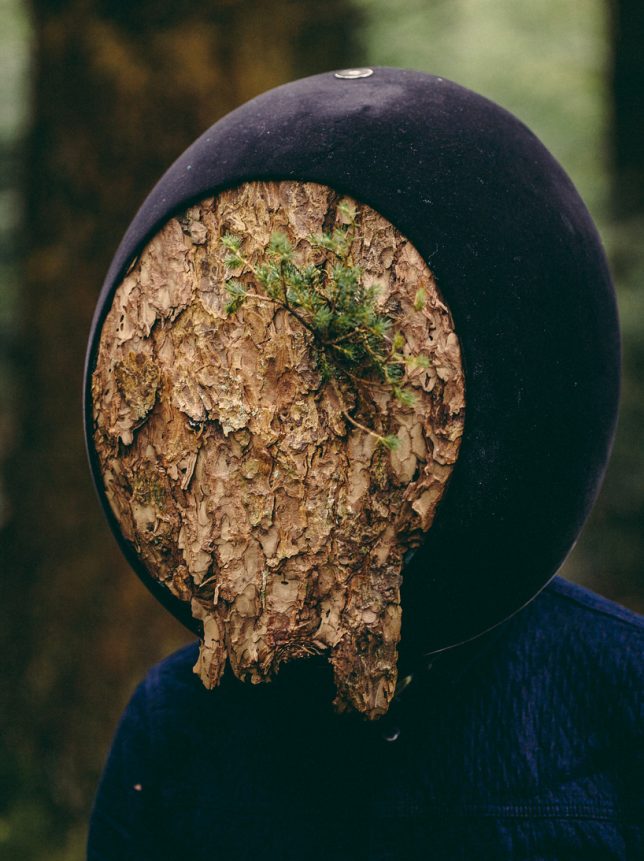 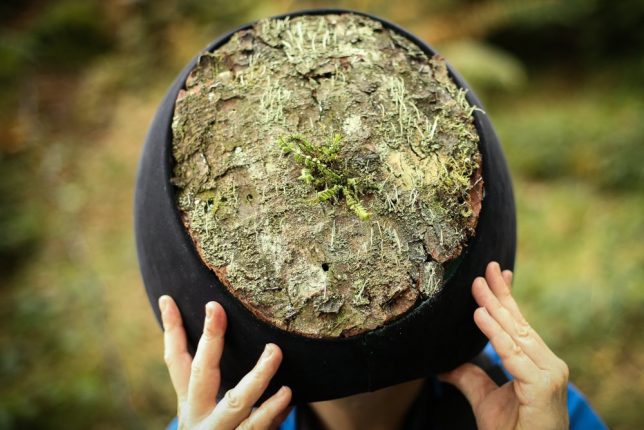 “Visual engine generates and renders whole environment in realtime with certain generative elements which makes each experience unique,” explains Creative Applications Network, . “Visual engine communicates with 3D Audio Engine via OSC [OpenSound Control] to provide positional data as well as head tracking data from the Inertial sensors of the VR headset. The sound uses Binaural audio, a technique mimicking the natural functioning of the ear by creating an illusion of 3D space and movement around the head of a listener as immersive as reality can be.” 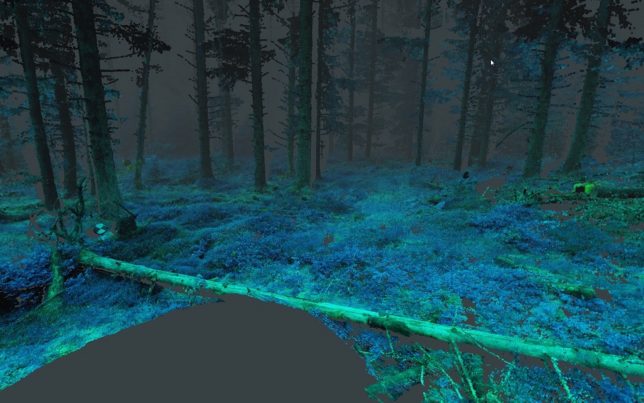 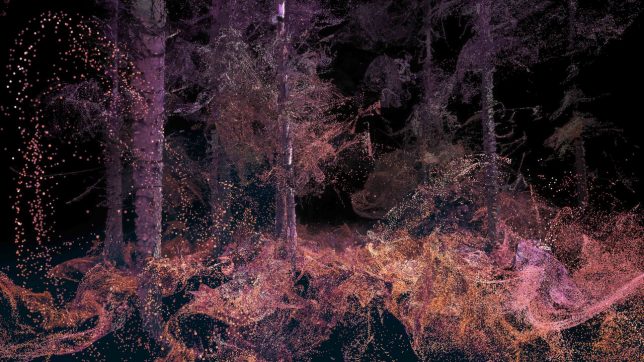 The result is an immersive experience at the intersection of science and digital art, and the images of the helmets in use in Grizedale Forest are pretty incredible, like something from a film. If you didn’t get a chance to see it yourself during the installation’s tour of festivals, you can watch the video to see an approximation of what it looks like.