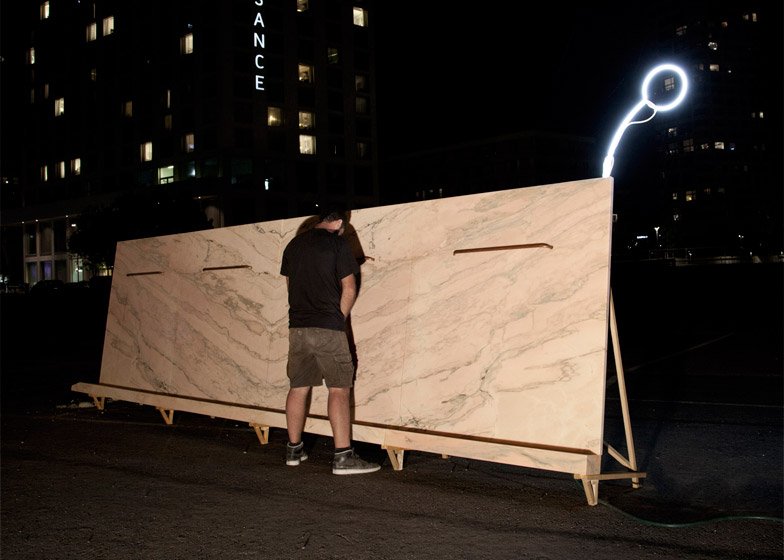 This giant hunk of pink marble in the middle of a Zurich car park isn’t a sculpture, exactly; it’s a place to relieve yourself in the open air so you don’t go stinking up the city. So-called ‘pissoirs’ can be found all over Europe, ranging from ornate Victorian designs resembling gazebos to portable plastic contraptions to cylindrical urinals that actually retract into the ground. Portuguese architecture firm Bureau A’s version, standing in the middle of a parking lot, looks like modern art. 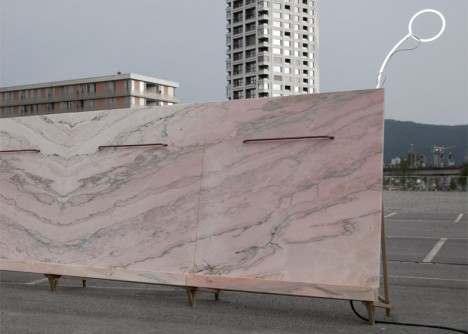 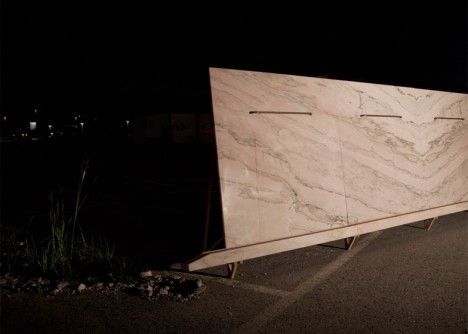 From the rose tint of the high-end marble imported from Lisbon to the LED light advertising its presence after dark, this thing doesn’t look anything like what most of us would identify as a urinal. “In the form of a noble fountain, a classical figure of occidental culture, Lisbon sends a solid salute to rich Zurich,” say the designers. 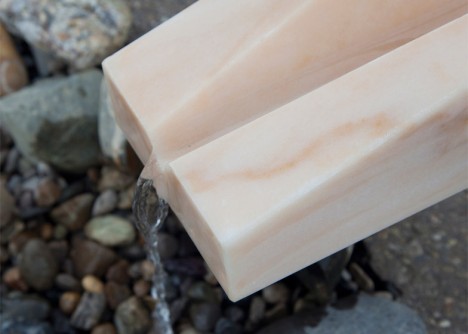 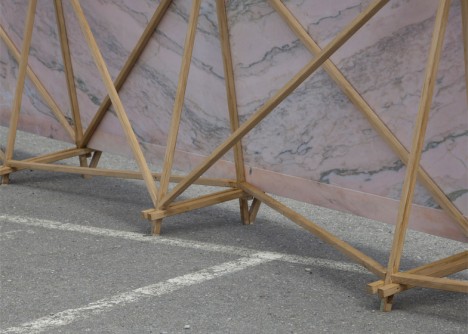 Indeed, streams of water pour down the marble faces to whisk away foul-smelling excretions, which pour from a spout directly into a pothole planted with pebbles and grasses. The classically-influenced design pays tribute to adjacent historical attractions and acknowledges the fact that such facilities are required in order to keep the city clean. 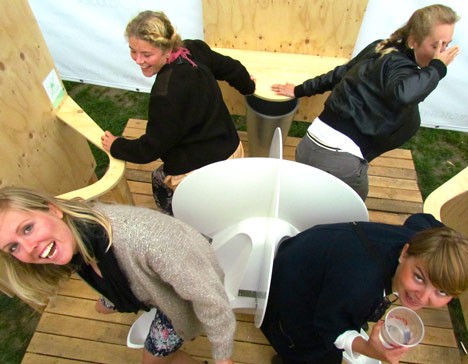 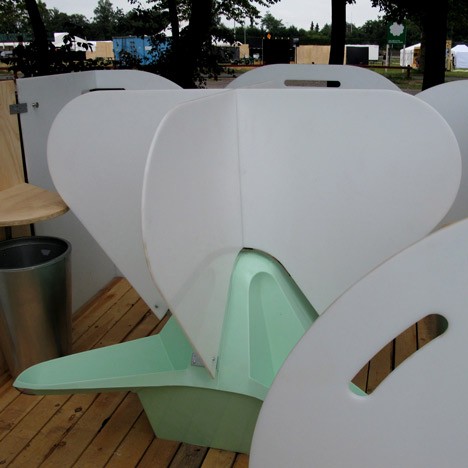 Of course, there’s one big problem with such pissoirs, even fancy ones like this: they’re only for men. While Copenhagen studio UiWE designed some efficient-looking urinals for women (pictured above), they’ve yet to catch on in any real way, forcing anyone who can’t use a conventional urinal to mad dash it around the city looking for accessible restrooms when they have to go.