Architecture that was at its prime in the 1970s has slowly fallen into decline and often ruin thanks to decades of neglect, especially in America’s poorest and most racially segregated communities, including Gary, Detroit, Camden and Harlem. Many of these structures were historically significant, built between the late 1880s and the 1920s, but when no budget exists to care for them and entire cities are left behind by economic progress, the forces of nature and decay take over. 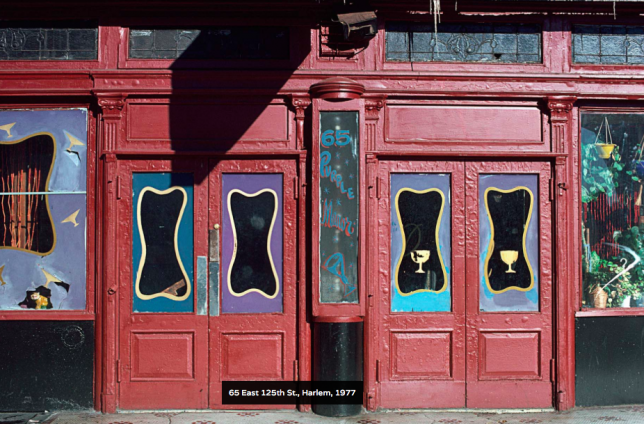 In a potent visual representation of poverty in America’s urban centers and the loss of historic architectural character via demolition, Chilean-born photographer Camilo José Vergara has spent the last 40+ years documenting the downfall of dozens of structures and city streets. The resulting series, ‘Tracking Time,’ is a time-lapse in slow motion, photographing the same buildings once every few years. 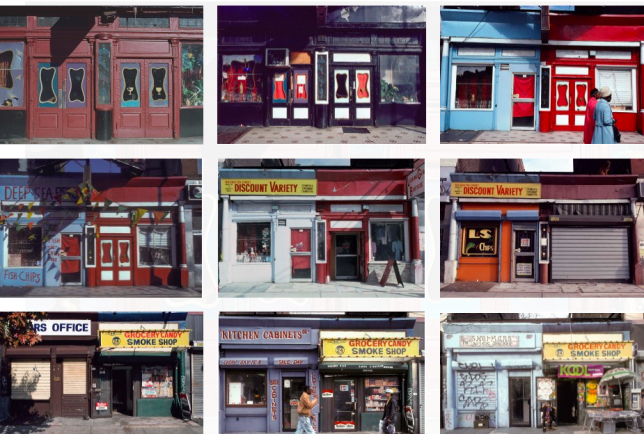 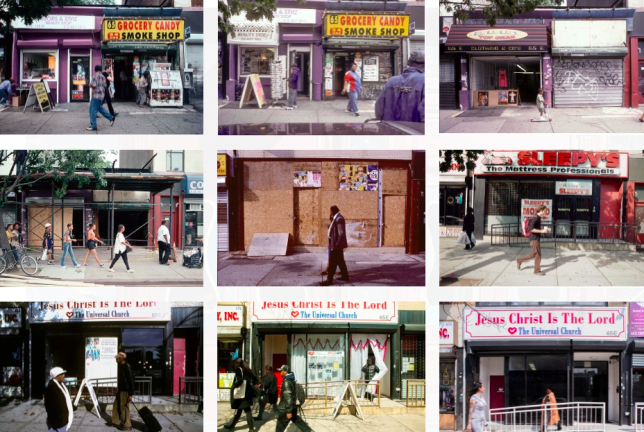 One old shop in Harlem gets painted several times over, has its stained glass windows knocked out, loses a facade to an ugly garage door and is split up into multiple smaller businesses before finally being boarded over and transformed into a mini-mall-style church in 2014. 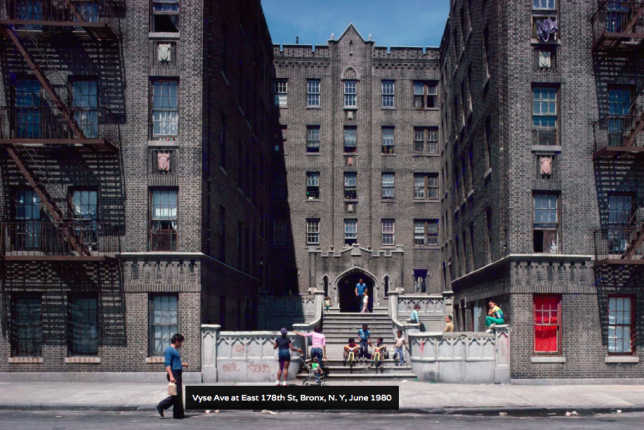 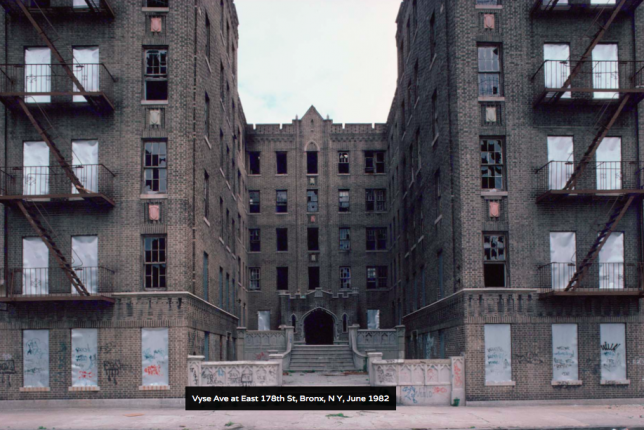 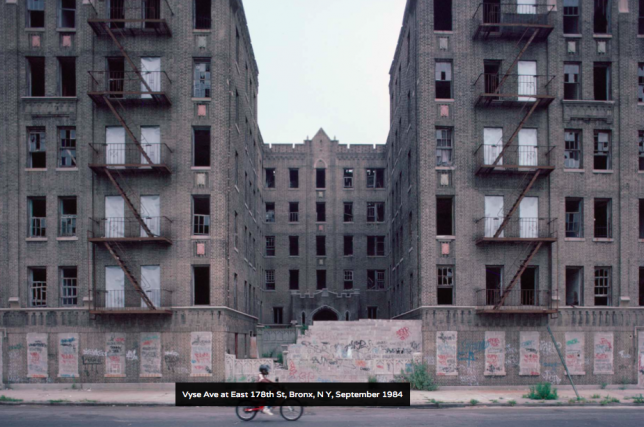 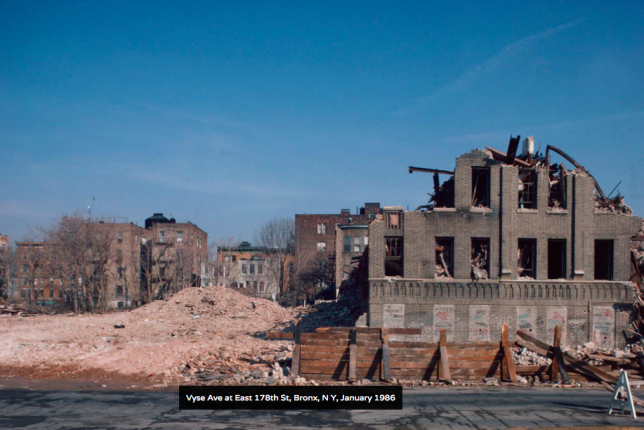 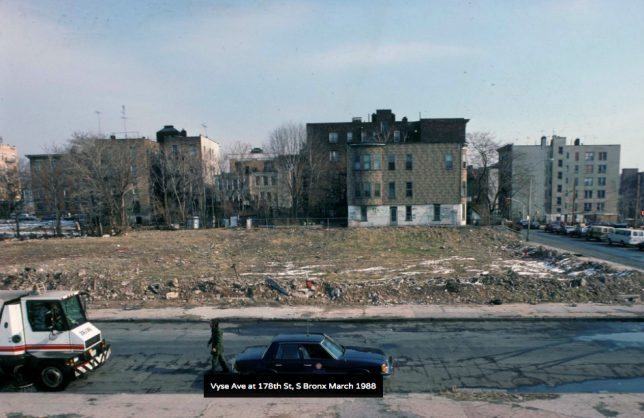 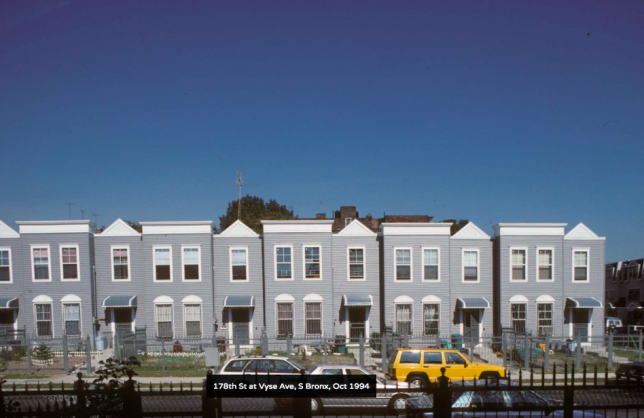 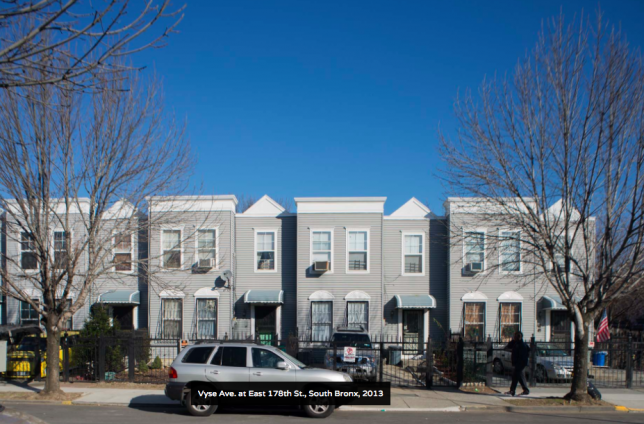 A massive brick building in South Bronx becomes modest row houses, while The Ransom Gillis House in Detroit (top) sinks into the ground, its bricks falling in clumps, the roof caving in, ivy and trees taking over. It’s almost completely obscured by greenery before a restoration brings it back to its former glory. 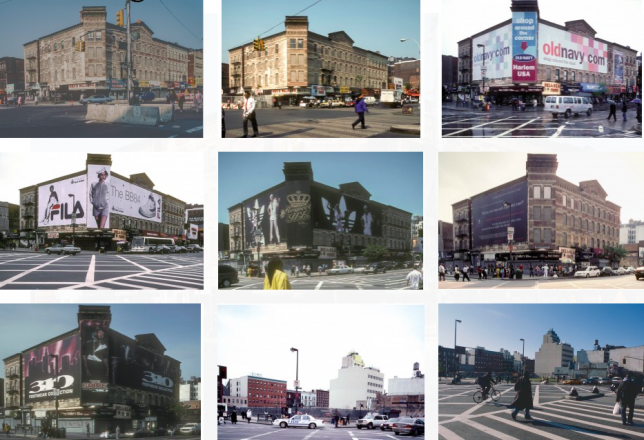 But other stories aren’t so positive, since people care more about mansions than they do about public housing projects, row houses, and modest residential neighborhoods. Occasionally, Vergara ventures inside to show us that even though the facades still look beautiful, like that of the former Camden Free Public Library, the interiors are utterly destroyed. 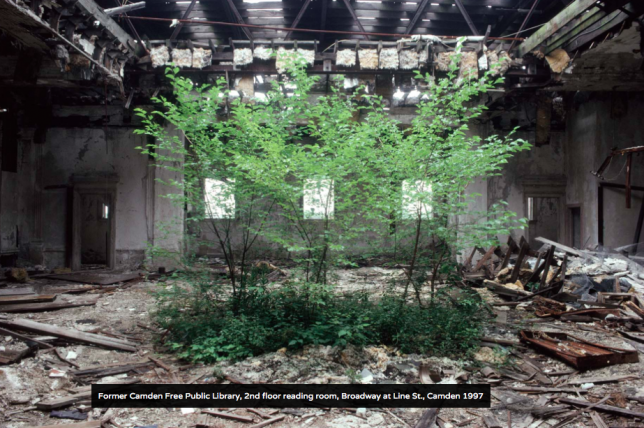 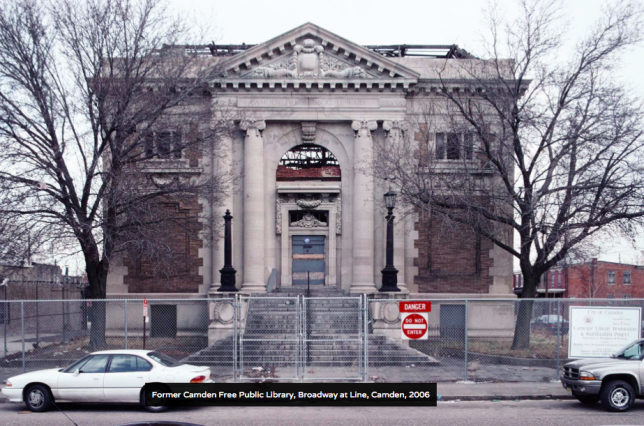 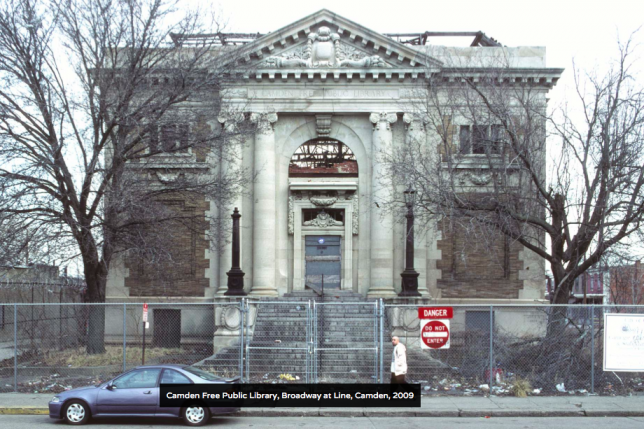 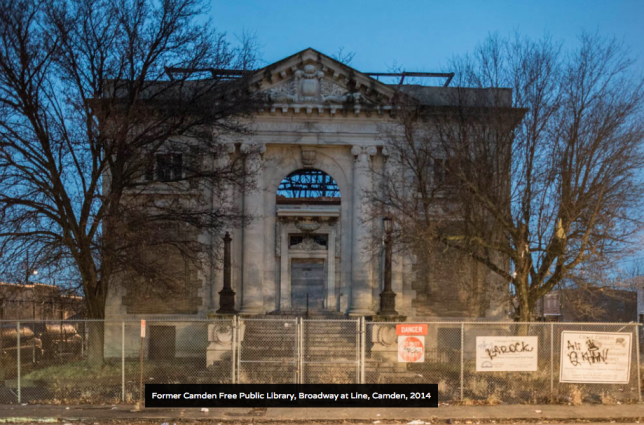 It can be a heartbreaking journey but also a fascinating one, watching some of these structures remain the same for many years while the world changes around them before transforming into something new. And some do manage to endure.