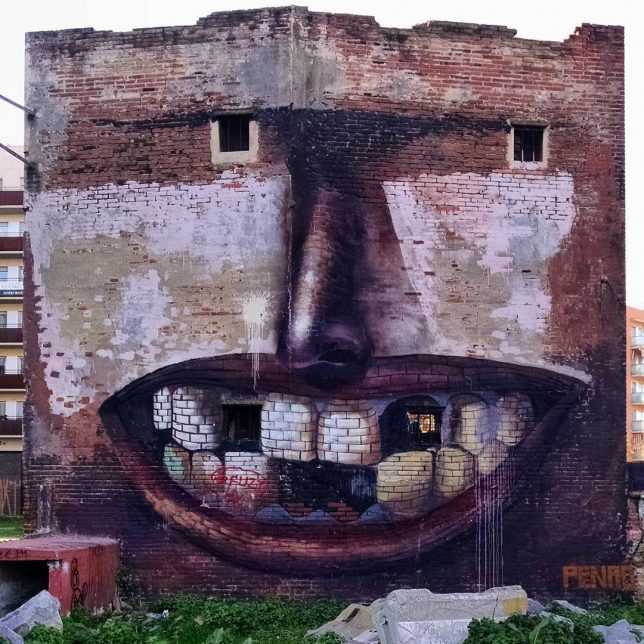 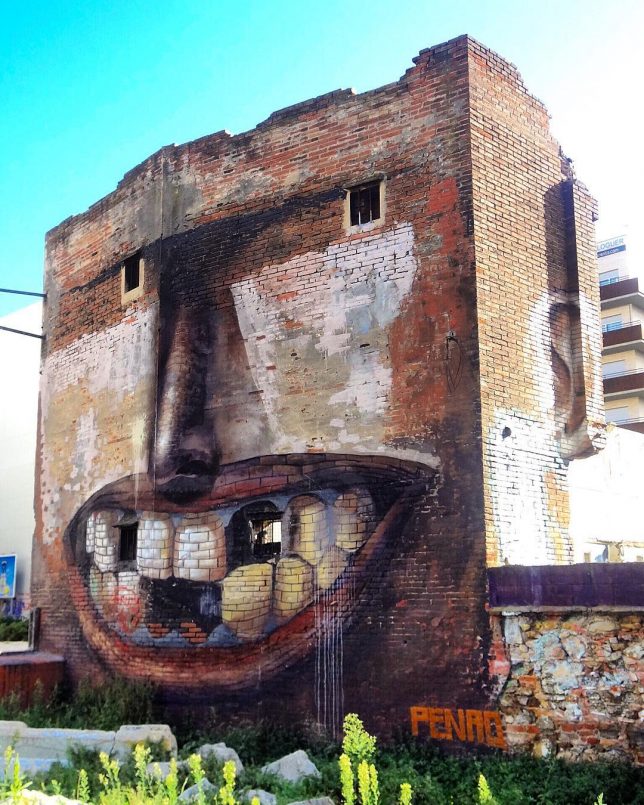 The gaping windows of an abandoned brick building become eyes and missing teeth in this fun anthropomorphic mural by Penao, completed in Barcelona as part of the Murs Lliures project.

Starling Mural by Collin van der Sluijs and Super A 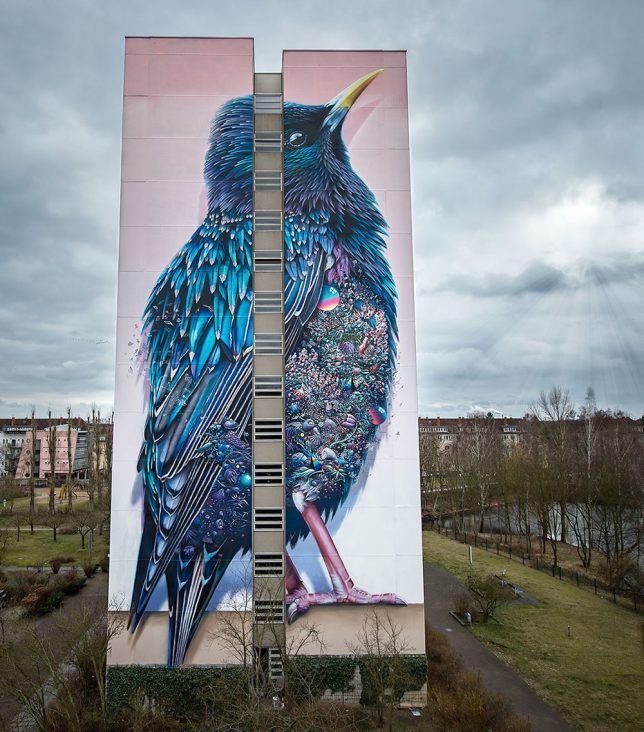 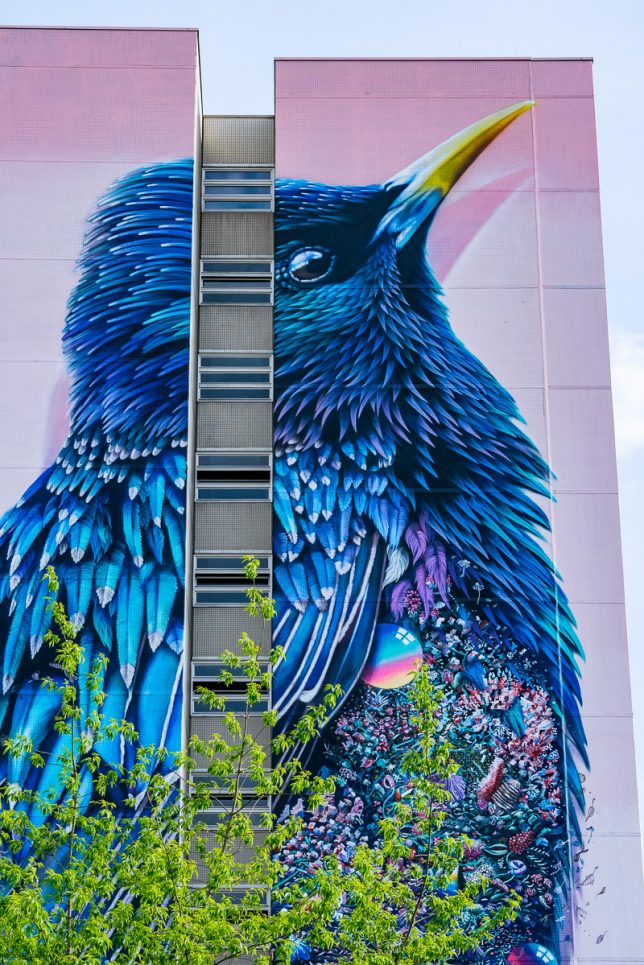 A giant starling covered in iridescent blue-violet feathers and a belly full of flowers and planets graces the side of a towering building in Berlin, stretching 137 feet into the air. The piece was created as part of the One Wall Mural Project by Super A and Collin van der Sluijs of The Netherlands. 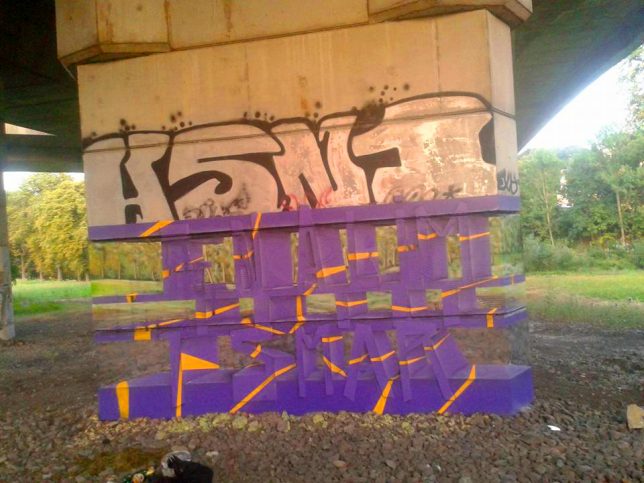 This is no ordinary underpass tag. While it does spell out the name of Czech graffiti writer Milane Ramsi – backwards – it’s also painted with trees and grass to blend into the background, making the pylon look like it’s disappearing at the base. 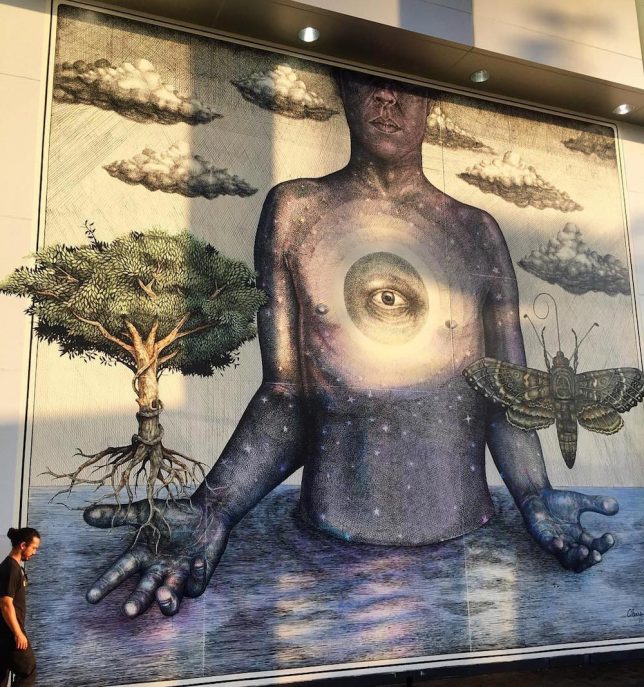 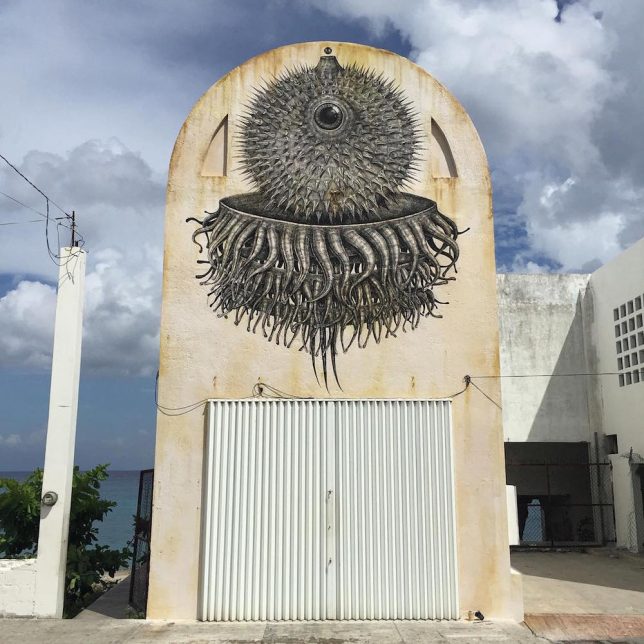 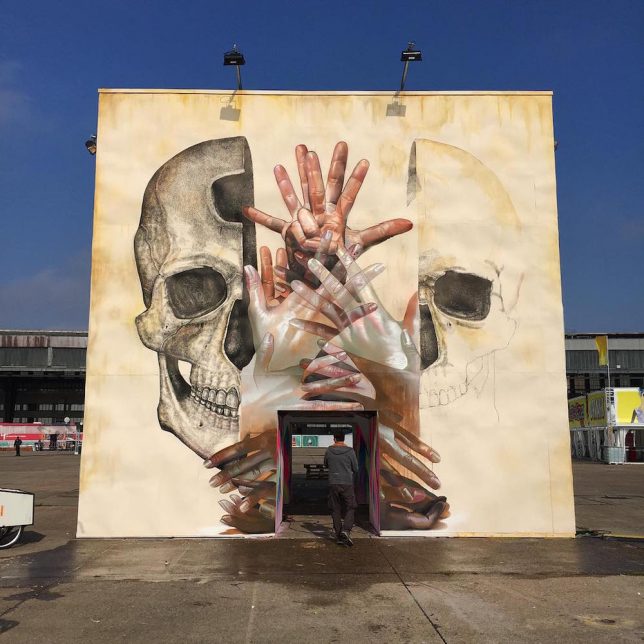 Alexis Diaz uses a pointillism style comprised of thousands of tiny brushstrokes to create the incredible level of detail seen in his large-scale murals, brimming with human and animal figures. Diaz works mostly freehand without a set plan, letting each piece come together naturally.