The strange glowing figures in these images are so complex, you might think they’re screenshots from a digital animation, or created in Photoshop – but there’s no computer-based trickery here. Just the same long exposure techniques light artists have been using for decades to create and capture ethereal compositions, albeit applied in an unusually creative manner. 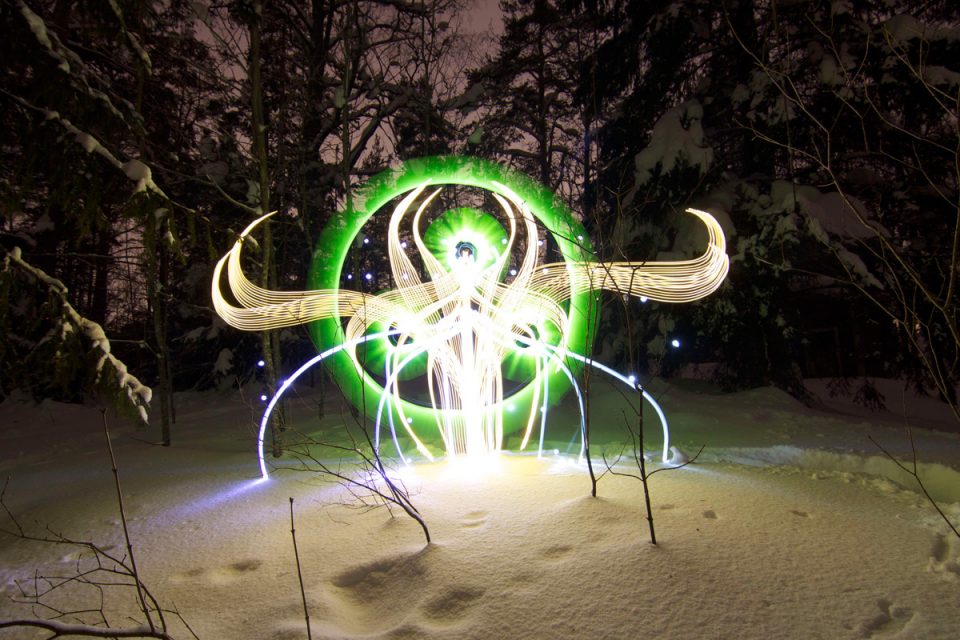 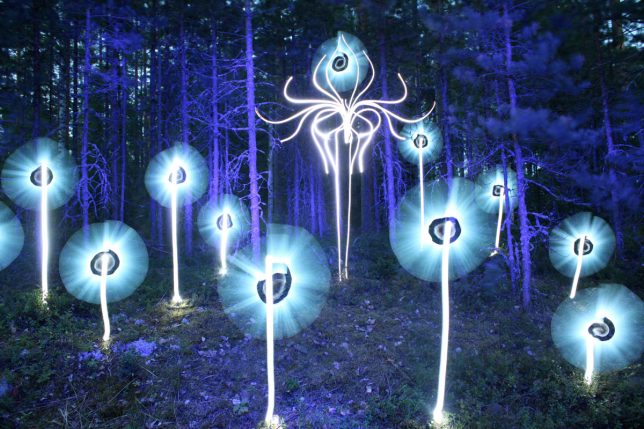 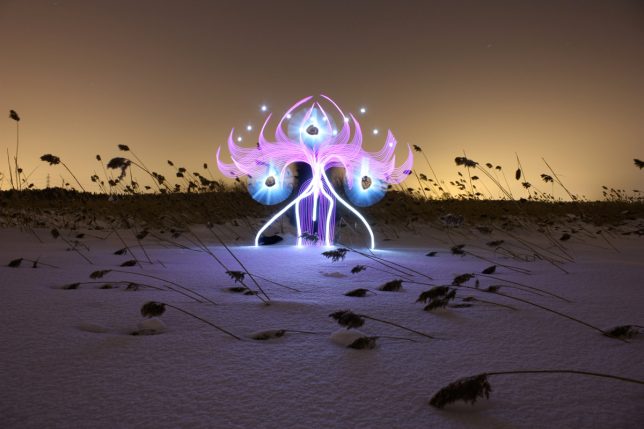 Hannu Huhtamo’s bizarre shapes glow against twilight landscapes and abandoned interiors, often looking somewhere between a plant and an alien insect. They sprout up in snowy fields, appear from inside giant teacups at theme parks or take shape in darkened living rooms. 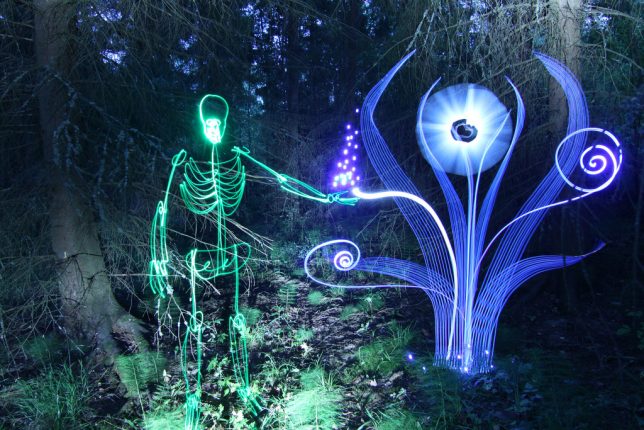 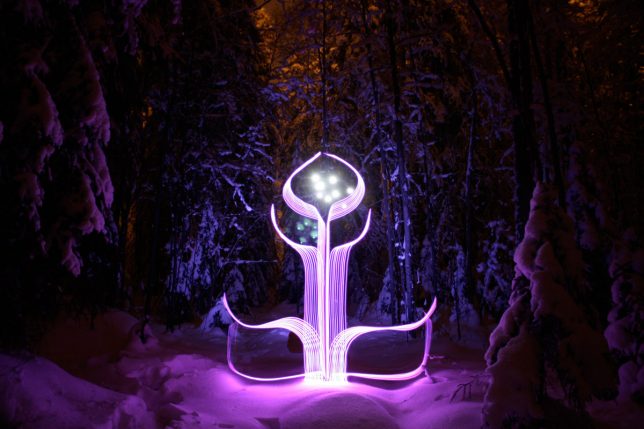 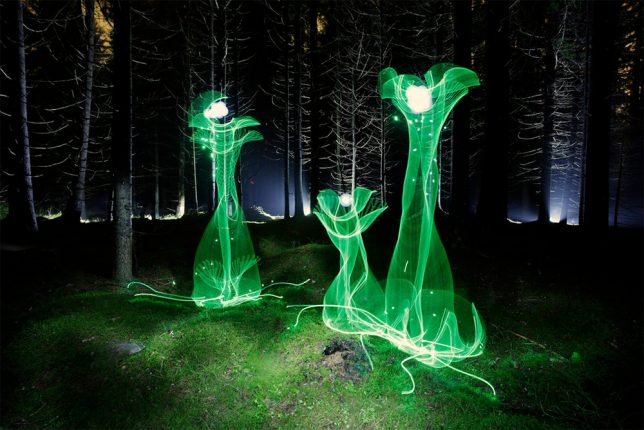 A musician by training and hobbyist photographer, the Finnish artist first experimented with lighting techniques when taking promotional photos for a death metal band and deciding he wanted a long-exposure pentagram made with the flame of a lighter. Years later, when he met light artist Janne Parviainen and got a look at his work, Huhtamo decided to revisit the technique from a new angle. 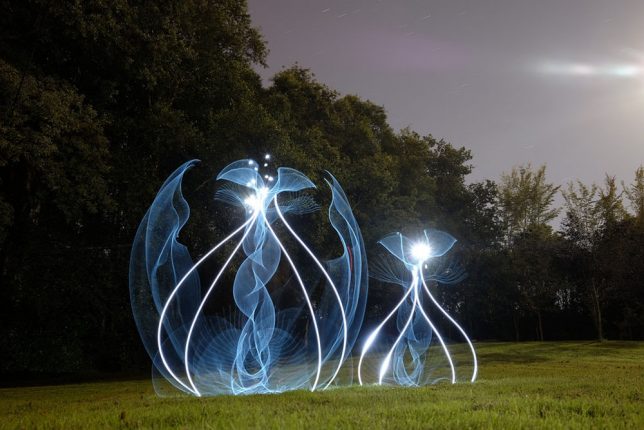 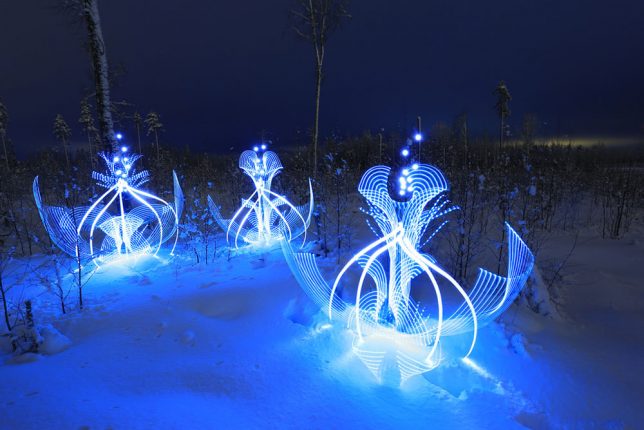 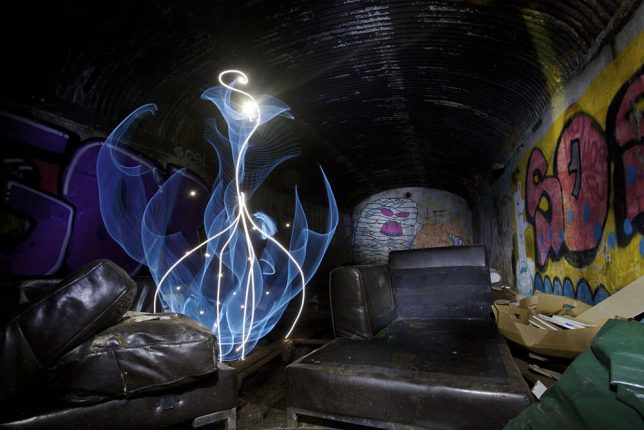 All of his work is created ‘SOOC’ or straight out of the camera, and he uses no special light equipment other than El-Wire (electroluminescent wire) and modified LED flash lights. “Darkness is my canvas and the light is my brush,” he says in this behind-the-scenes video produced by Great Big Story.