Most urban environments aren’t lacking in sunlight – it’s a lack of square footage and healthy soil that makes it hard to use these spaces to grow food. While many a high-tech concept design has envisioned vertical skyscraper farms or entire cities built from scratch, we need low-cost solutions that can be implemented into disused urban spaces, easily assembled and moved when necessary. These smart urban farming and gardening ideas reclaim pallets, cardboard tubes, shipping containers and bicycle wheels, and many take advantage of sunny available spaces on rooftops, in abandoned buildings or along stretches of hot concrete walls. 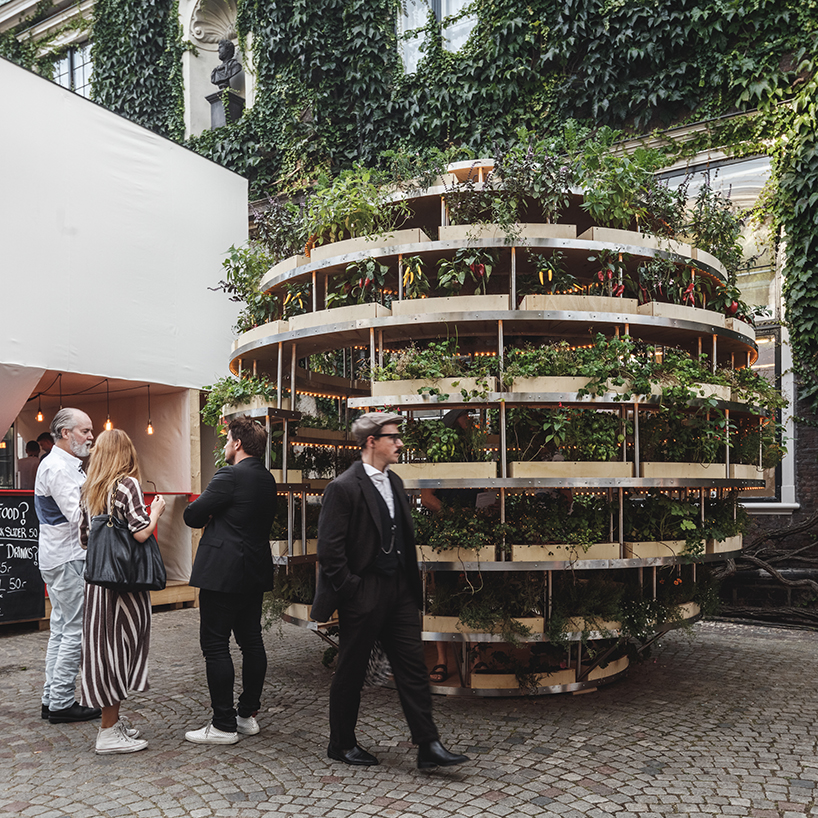 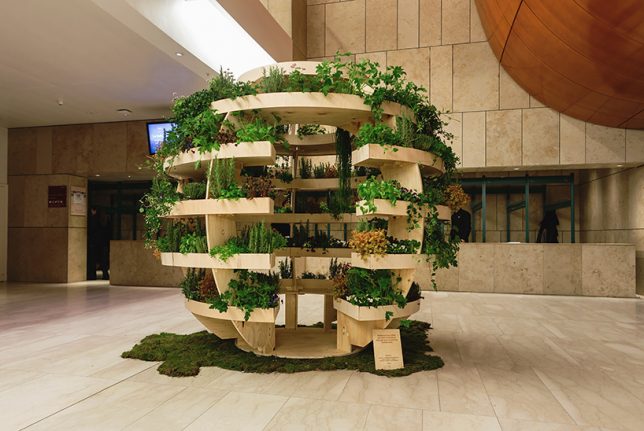 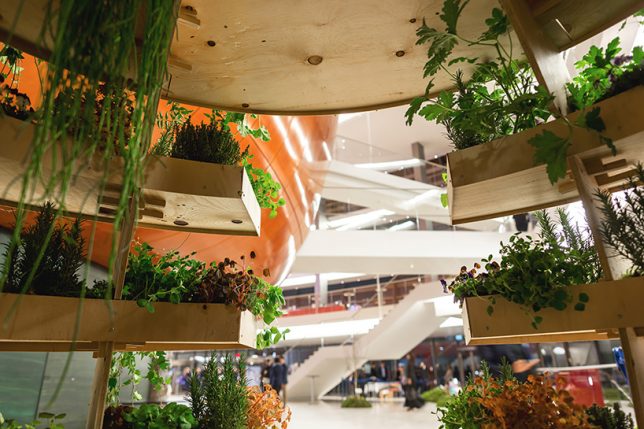 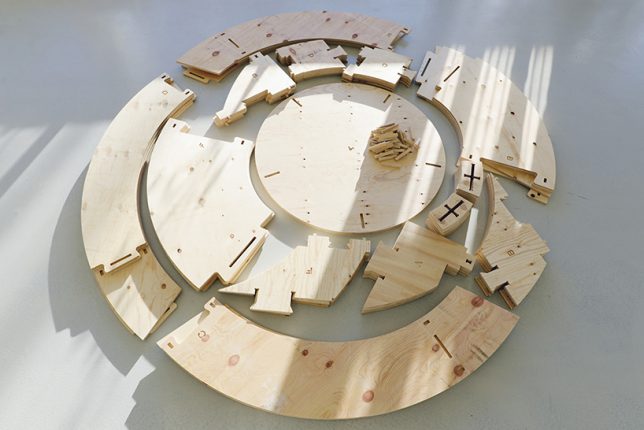 Developed by IKEA’s external innovation hub, Space10, the Growroom is a spherical structure that makes it easy to grow lots of food in a compact space thanks to its unique design. Since shipping the structure around the world would be too expensive and negate some of the benefits of local food sourcing, IKEA decided to offer the structure as an open-source design built with plywood, a CNC milling machine and a rubber hammer. 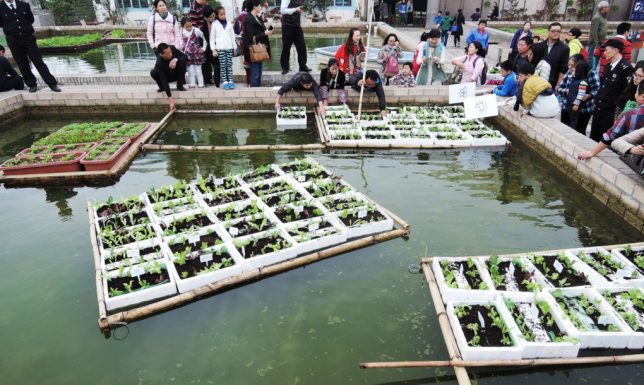 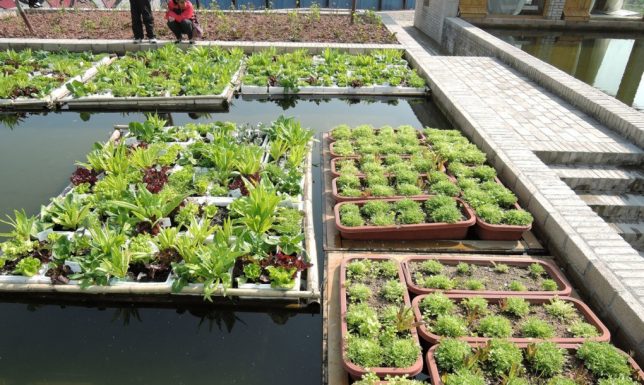 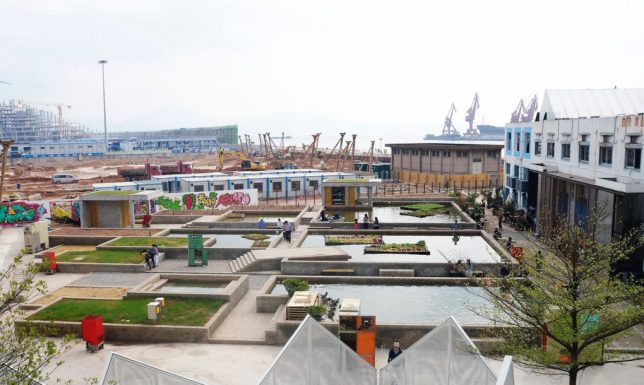 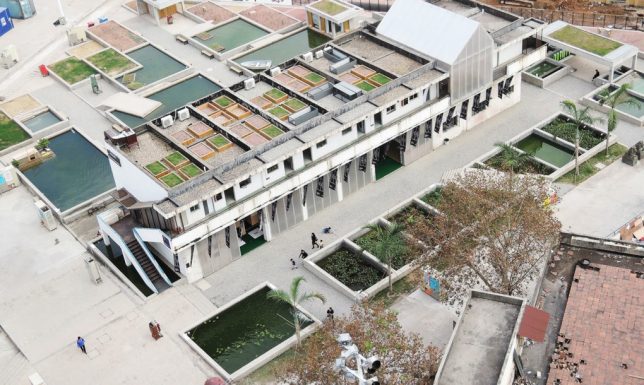 This area along the Pearl River Delta in Shenzhen was once a thriving community relying on fish ponds and water-based commerce, but most of that has since vanished in the face of rapid urbanization, leaving many abandoned structures behind. ‘Floating Fields’ occupies this space and makes it useful again as an aquaponic garden. Created for the Urbanism\Architecture Bi-City Biennale, the installation is an experiment in water-based gardening, algae cultivation, sustainable food production and water filtering in an underutilized urban environment. 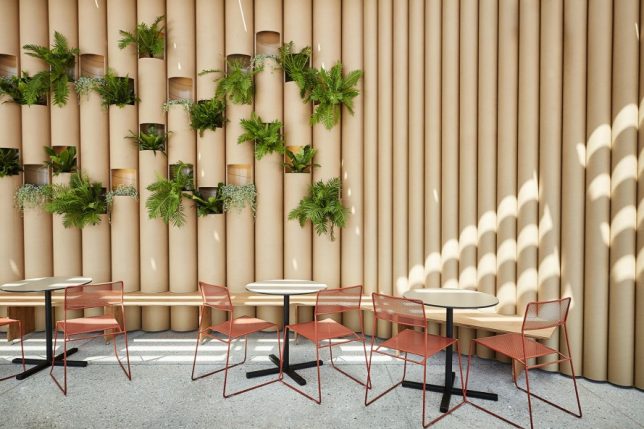 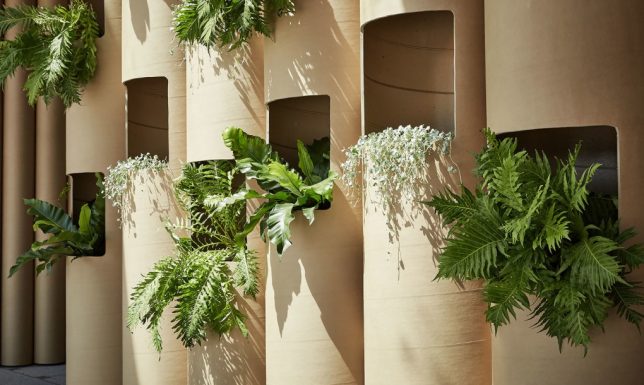 Water-resistant, recyclable cardboard tubes provide the basis for a modern pop-up garden in Sydney by Australian design studio Foolscap. The tubes were used to build the walls of a temporary outdoor recreation space, taking inspiration from the formwork used to cast concrete columns in a nearby Sydney neighborhood. In addition to an outdoor theater, food and co-working areas, ‘Wulugul Pop Up’ had its own edible garden full of native plants. 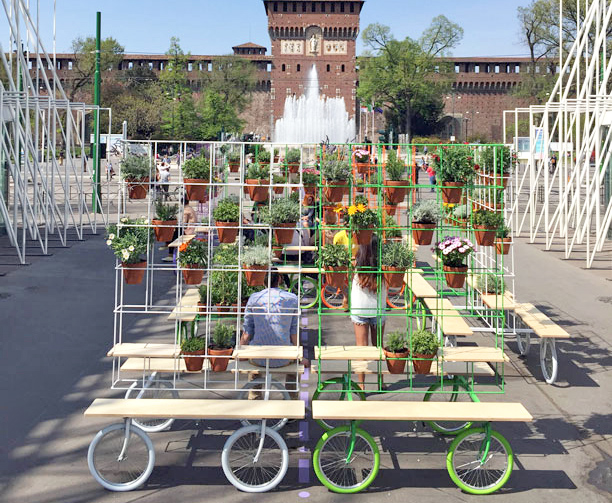 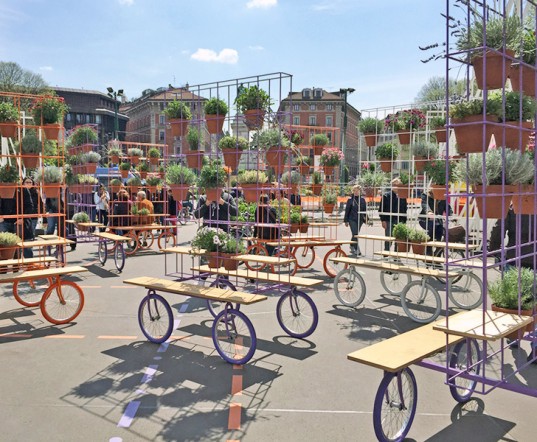 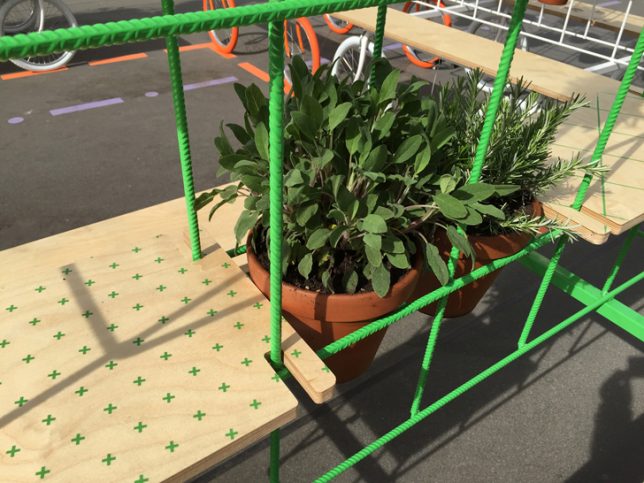 This clever portable garden rests on reclaimed bicycle wheels and features an open gridded design so sunlight can reach tiered plants. The ‘Why not in the garden?’ installation by A4A Rivolta Savioni Studio was literally rolled out into a Milan city square to demonstrate how concrete urban spaces can be temporarily used for food production.