That tongue-in-cheek ‘world’s longest skyscraper’ design we highlighted last week seems totally reasonable compared to a new proposal taking the competition for the world’s tallest structure to absurd heights: The Analemma Tower literally dangles a skyscraper from an asteroid. An actual asteroid, orbiting the Earth. The design is firmly in sci-fi territory, with the renderings resembling matte paintings made for ‘70s and ‘80s movies set in space, but the architects offer details as to how this could actually work. 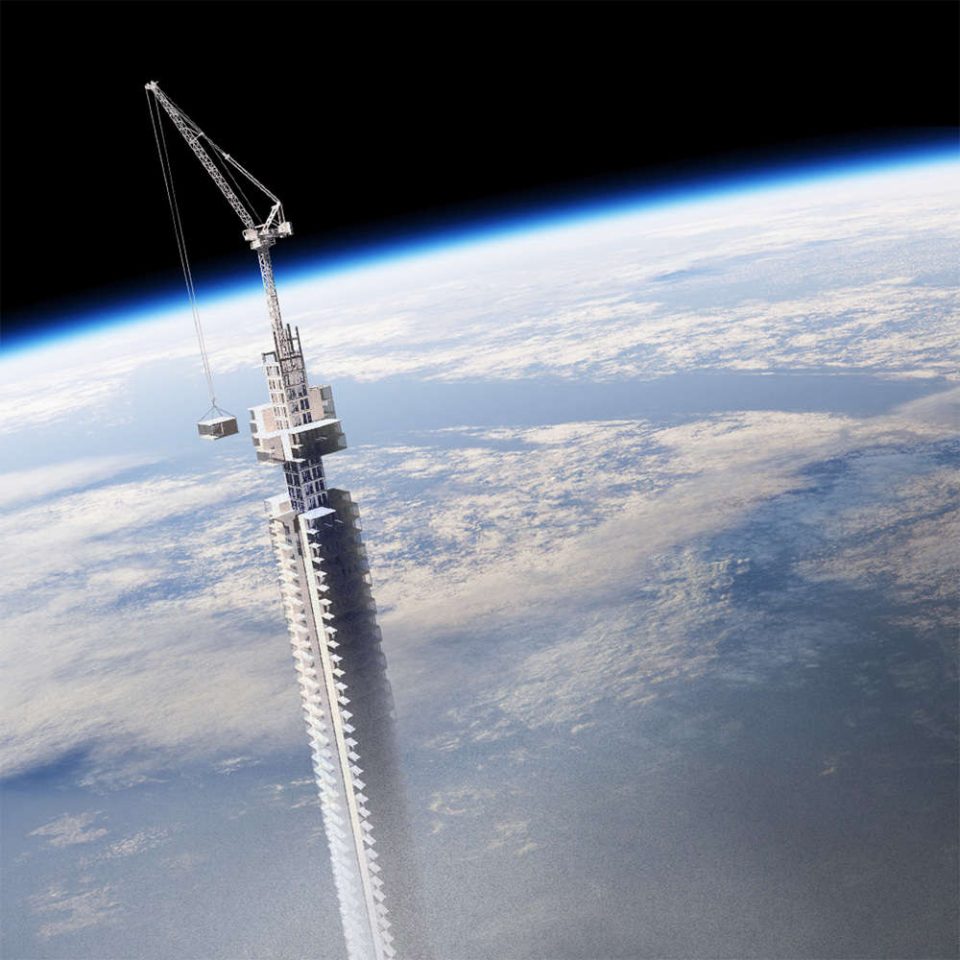 Clouds architecture Office envisions a space-based supporting foundation, noting that NASA has planned a 2021 mission to capture and redirect an asteroid. Of course, NASA’s budget is up in the air right now, and who knows what’ll happen to the United States’ space-related endeavors by then. The asteroid would be located about 31,000 miles above the Earth’s surface, with the tower using what the firm calls the Universal Orbital Support System (UOSS) to hang the multi-use tower via super-strong cables. 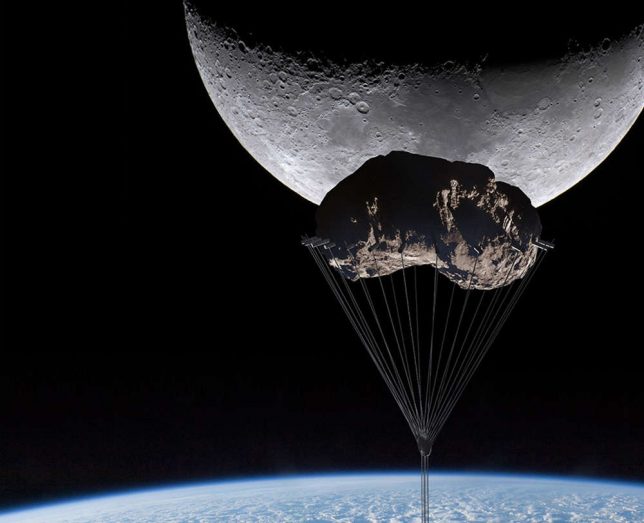 The portion of the tower that sticks up above the Earth’s atmosphere will host an extraterrestrial cemetery, with the three sections below it designated for ‘devotional activities.’ The architects say these portions of the tower wouldn’t be attractive to live in due to “extreme conditions,” though they’d benefit from an extra 45 minutes of daylight each day. The residential area is fairly small in comparison, set just above the garden and agricultural section, an area for offices and business activities, and a transfer station with dining, shopping and entertainment options.

Analemma would get its power from space-based solar panels, with water filtered and recycled in a semi-closed loop system and replenished with condensation captured from clouds and rain. It could be placed in an orbit allowing it to travel between the northern and southern hemispheres on a daily loop, with its slowest trajectory occurring over New York City so people can get on and off. They go into some detail on these technicalities on their website. 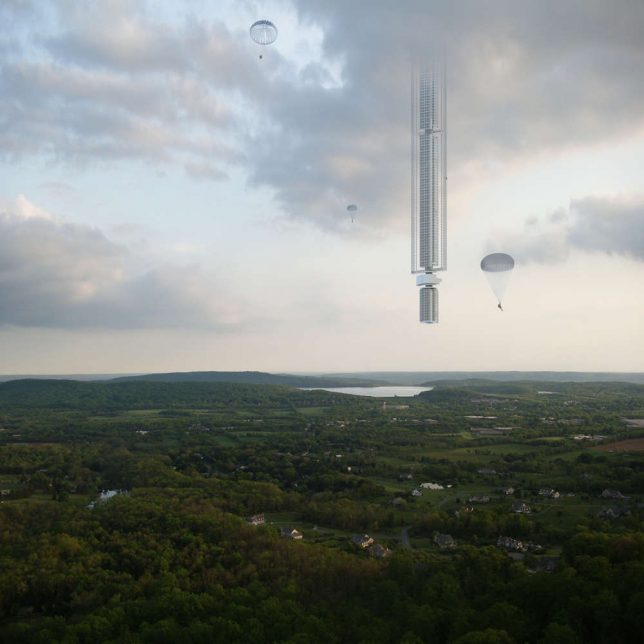 “Manipulating asteroids is no longer relegated to science fiction. In 2015 the European Space Agency sparked a new round of investment in asteroid mining concerns by proving with its Rosetta mission that it’s possible to rendezvous and land on a spinning comet. NASA has scheduled an asteroid retrieval mission for 2021 which aims to prove the feasability of capturing and relocating an asteroid…”

“Analemma Tower is a proposal for the world’s tallest building ever. Harnessing the power of planetary design thinking, it taps into the desire for extreme height, seclusion and constant mobility. If the recent boom in residential towers proves that sales price per square foot rises with floor elevation, then Analemma Tower will command record prices, justifying its high cost of construction.”