A wooden airship has seemingly crash-landed onto the roof of the DOX Centre for Contemporary Art in Prague, wedged between two white museum buildings for dramatic effect to serve as a new space for literature and reading. Conceived by Leos Valka, director of DOX, and completed by Hut Architektury, the Gulliver Airship measures nearly 138 feet long and features a basketweave-like construction open to the air, protected from the rain by a transparent roof. 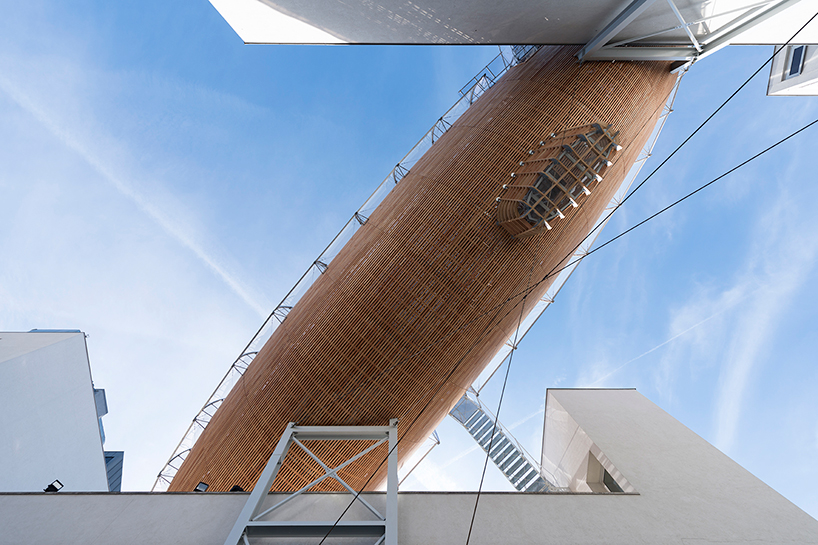 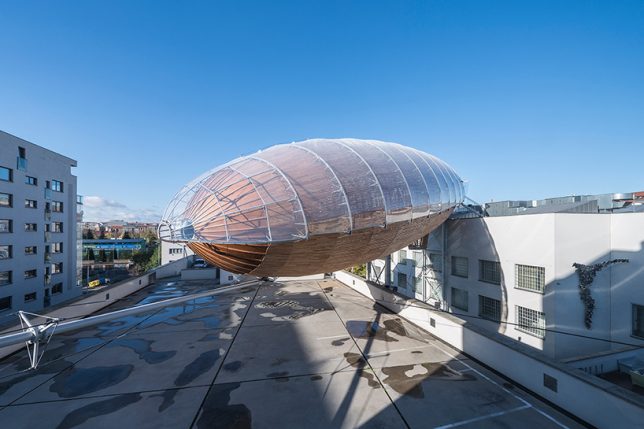 Taking inspiration from the zeppelins of the early 20th century, the airship aims to reflect the optimism, technological advancements and futurism of the era, inciting a sense of wonder when you gaze up at it from the ground level. Valka says he dreamed of “an absurdly fascinating organic shape” that would have a parasitic appearance, alien to the concrete and glass of the museum itself. 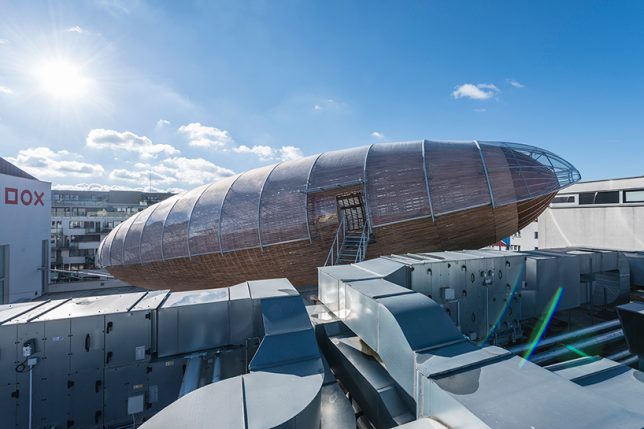 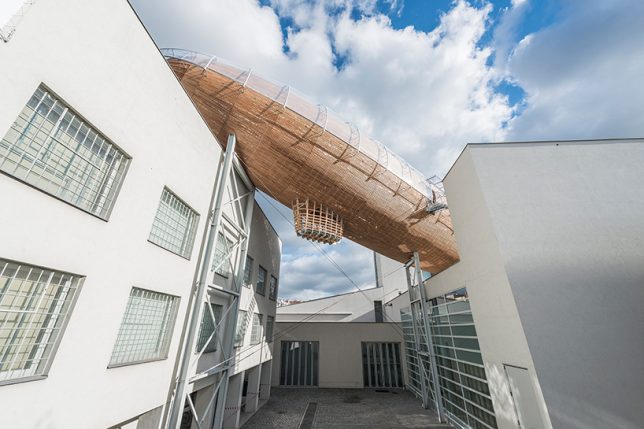 The ‘ship’ is accessible from the museum’s roof, and takes advantage of plentiful natural light for a pleasant reading environment. Adding such an unconventional structure is in line with the museum’s hope to encourage innovative thinking and take risks. 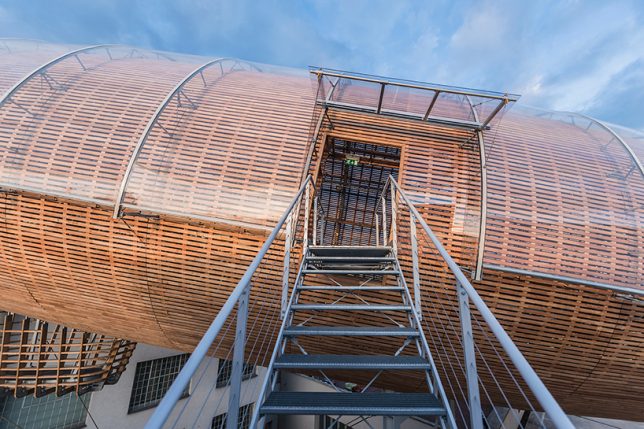 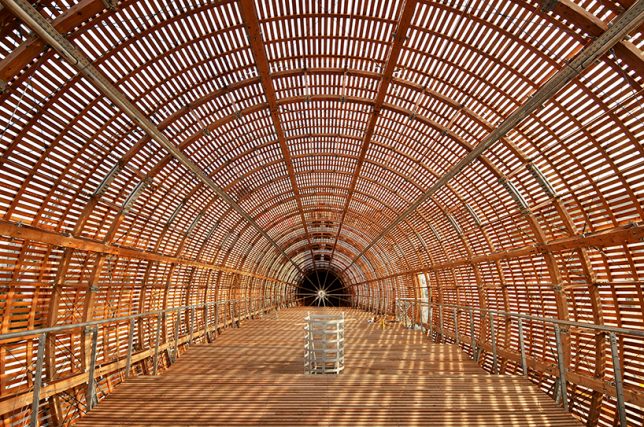 The DOX facility is a reclaimed factory, its renovation nominated for the prestigious Mies van der Role Award, and its purpose is “to create a space for research, presentation and debate on important social issues, where arts in dialogue with other disciplines encourage a critical view of the so-called reality of today’s world.” 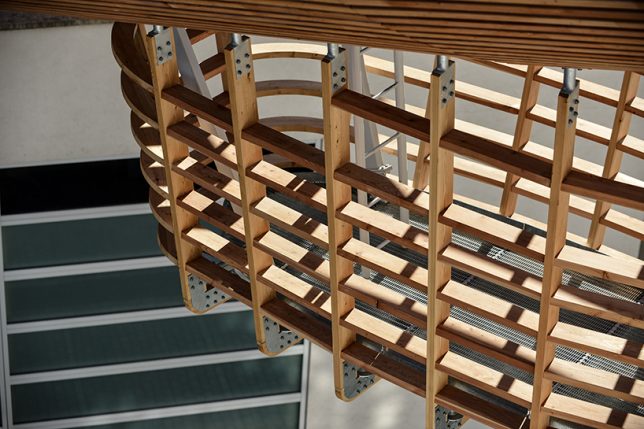 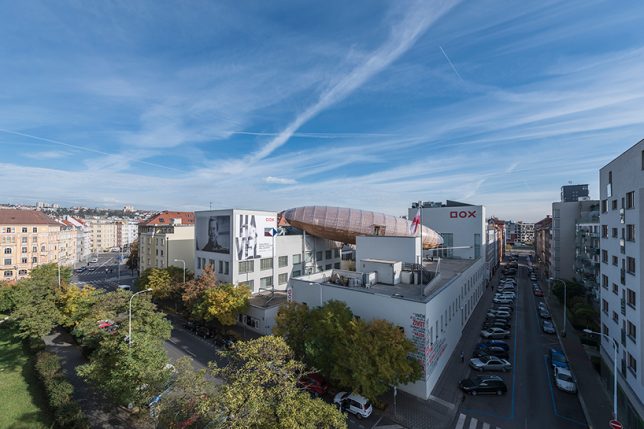 “The shape of the zeppelin is symbolic,” reads a statement on the DOX website. “The early zeppelins represented the optimistic ideals of a new era of unprecedented technological advancements. With their remarkable monumentality and hypnotic dignity that would continue to fascinate generations to come long after they had vanished from the skies, they have always embodied the eternal human desire to fly, and have represented a certain utopian ideal.”