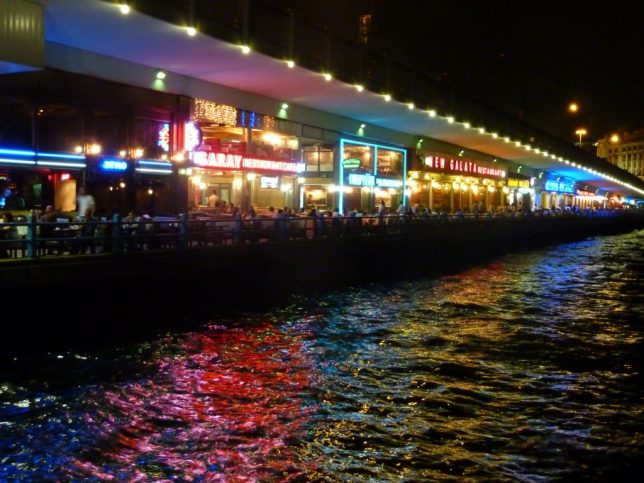 Istanbul’s Galata Bridge offers a prime example of how under appreciated stretches of highway can become prime real estate, especially in a crowded city. Located along a river, the stretch of restaurants in this area has become a vibrant, bustling tourist attraction. 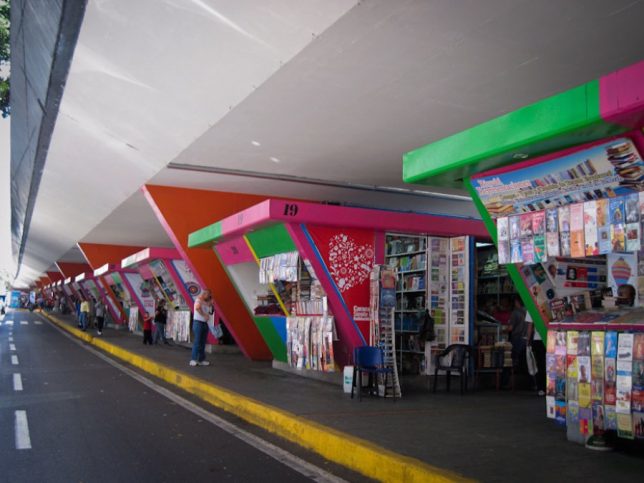 In Caracas, a secondhand book market sprouted up beneath an underpass in an organic manner, transforming a ‘dead space’ into a gathering place for locals and tourists alike. In addition to browsing all the books, visitors stop and play traditional board games like chess and ludo. 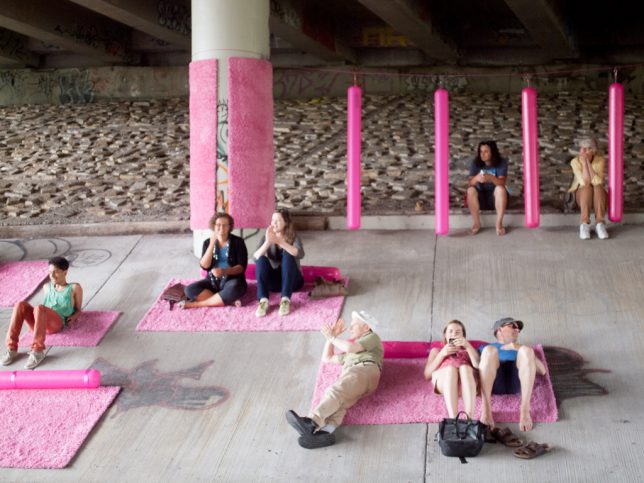 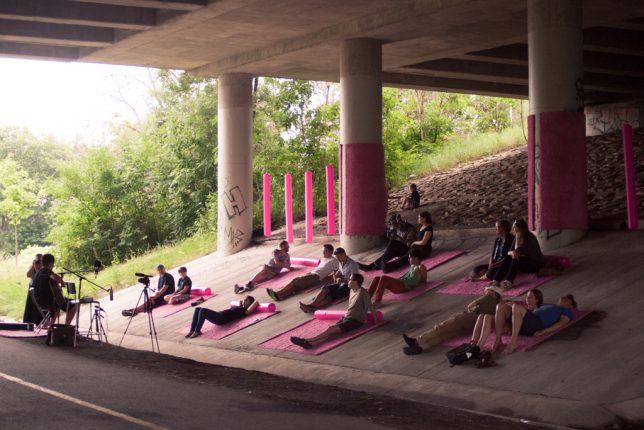 Though it lasted just a single afternoon, this citizen-led intervention reclaiming an underpass of Ottawa’s Queensway serves as inspiration to take the idea global, using and seeing urban areas in new ways. Ottawa Musical Underground appropriates public space in the hopes of engaging with passersby, and teamed up with Cities for People to create a pop-up venue called ‘Set the Stage.’ The minimal intervention of rugs and inflatable pool noodles highlights the architecture of the space, turning it into a public living room and making it look “soft and bright” for a few hours. 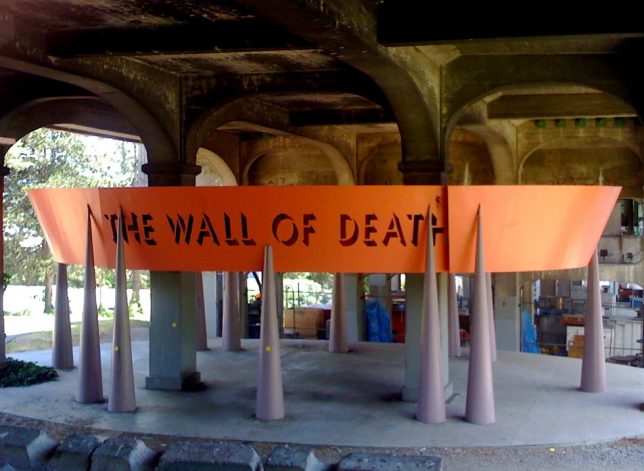 Joggers and cyclists traversing the Burke-Gilman Trail in Seattle weren’t thrilled when they first came across the ‘Wall of Death’ after its installation in 1993, with many calling it ‘tacky’ and ‘really orange’ – but it has remained in place her since. Consisting of lavender spikes, chairs, an orange banner and a pink track, the installation is named after the structure used in the high-risk motordrome sport popular in the early 20th century, in which riders zoomed around a cylindrical track on bikes or in cars. It’s a strange, fun and unexpected little installation in an unlikely setting. 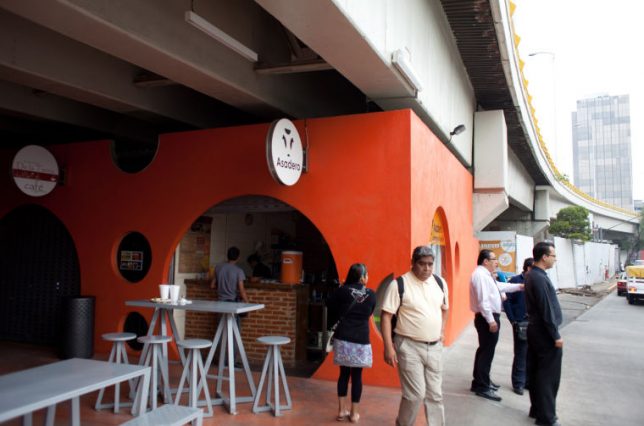 Throughout Mexico City, you’ll find ‘Bajo Puentes’ (Under Bridges), a project taking the underutilized space beneath highway spans and transforming it into shopping plazas, playgrounds, cafes and other public spaces. A total of 20 Bajo Puentes spaces are planned for the city, and the project allows business owners to move in at below-market lease rates to encourage participation in the experiment. A full 50 percent of the space is designated for free public usage, like picnic tables, recreation and lawns.