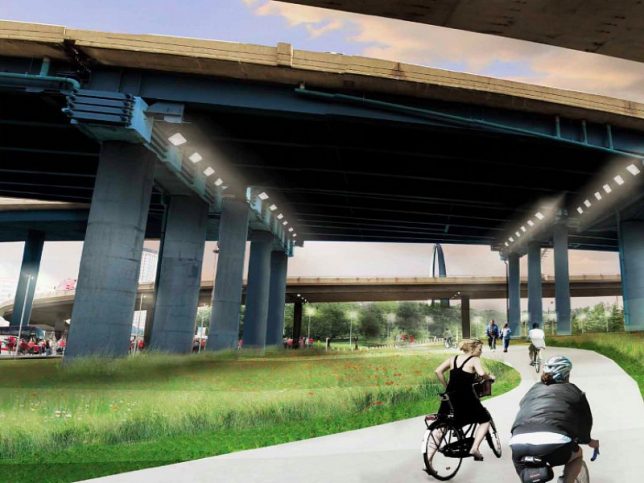 Seven years after it was first proposed, the St. Louis Arch park hasn’t quite been set in motion, partially due to unforeseen complications like the ground being made up of low-quality clay fill that won’t support lush gardens. But Michael Van Valkenburgh Associates’ plan is still in place to transform the pace around and under the iconic bridge into a series of new parks, squares, restaurants and recreational activity space, including a new ‘Underpass Park’ below I-64 as it crosses the river downtown. 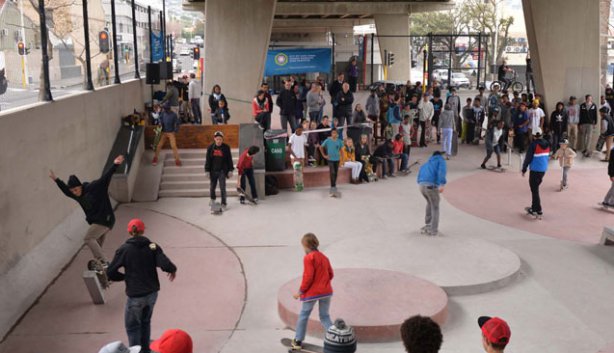 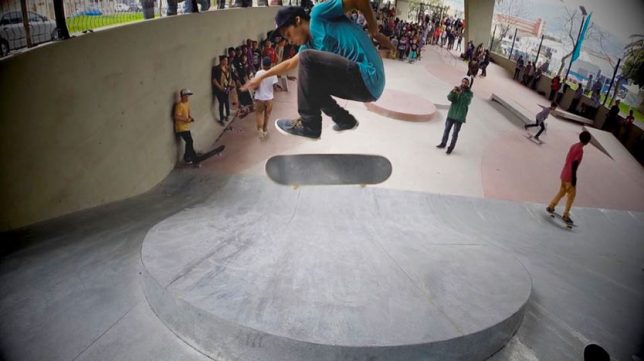 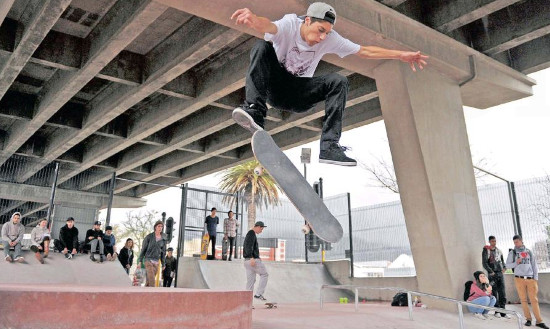 Located entirely beneath a disused underpass, Cape Town’s Mill St. Skatepark reinvents an abandoned area as a fun attraction for people of all ages in a city where skateboarding is restricted. It’s so popular, there’s often a long line of skaters waiting to take their turn. 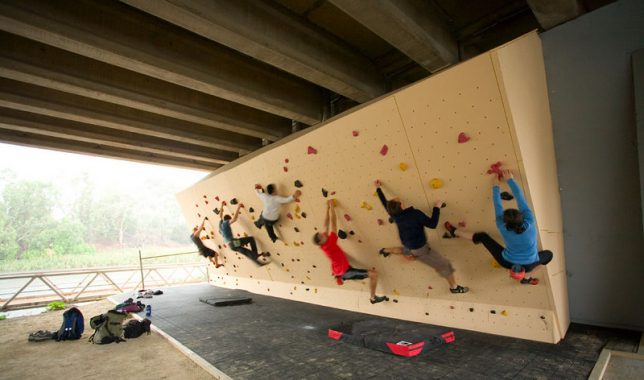 In Melbourne, a stretch of underpass known as the Burnley Bouldering Wall offers a fun place to practice climbing, with three different climbing walls of increasing difficulty located in the covered space. The wall is community built and funded. 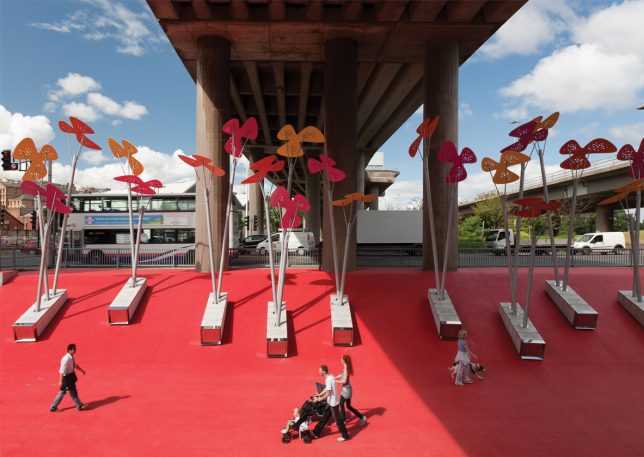 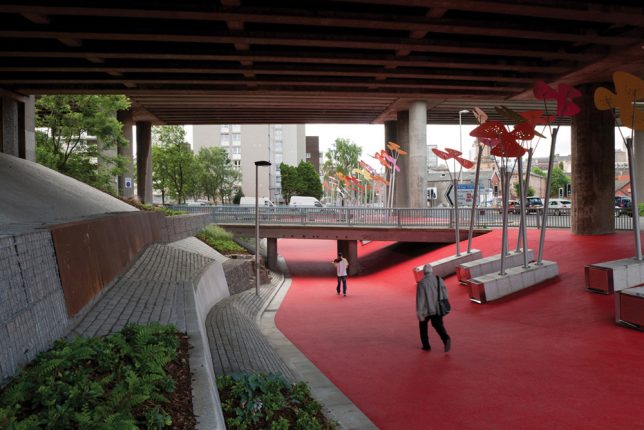 Gigantic metal flowers in candy colors call attention to Phoenix Park, Glasgow’s urban regeneration project for its depressed Cowcaddens area, attempting to rescue it from industrial wasteland. A red path runs beneath the bridge for pedestrians and cyclists, lined by benches from which these flowers sprout. This is meant to be the beginning of a larger project incorporating more public attractions. 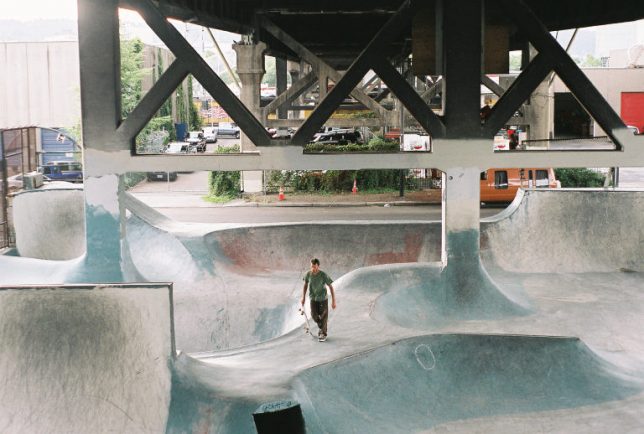 Yet another skate park tucked beneath an overpass can be found in Portland, Oregon, under the east end of the Burnside Bridge. The Burnside Skatepark started out as an unpermitted space established by local skaters, and eventually gained city approval as a public park. It’s been featured in numerous video games, like Tony Hawk’s Pro Skater.