If you’re afraid of heights, a mere glance at these photos taken by Russian daredevil photographer Angela Nikolau might be enough to give you the heebie-jeebies. The 23-year-old scales some of the tallest skyscrapers in Russia and Asia, either using a selfie stick, a drone, or bringing her boyfriend Ivan Kuzenetsov along to take the photos. And as if perching on the edges of structures at such extreme heights isn’t enough, she often does yoga poses or wears stilettos while doing so. 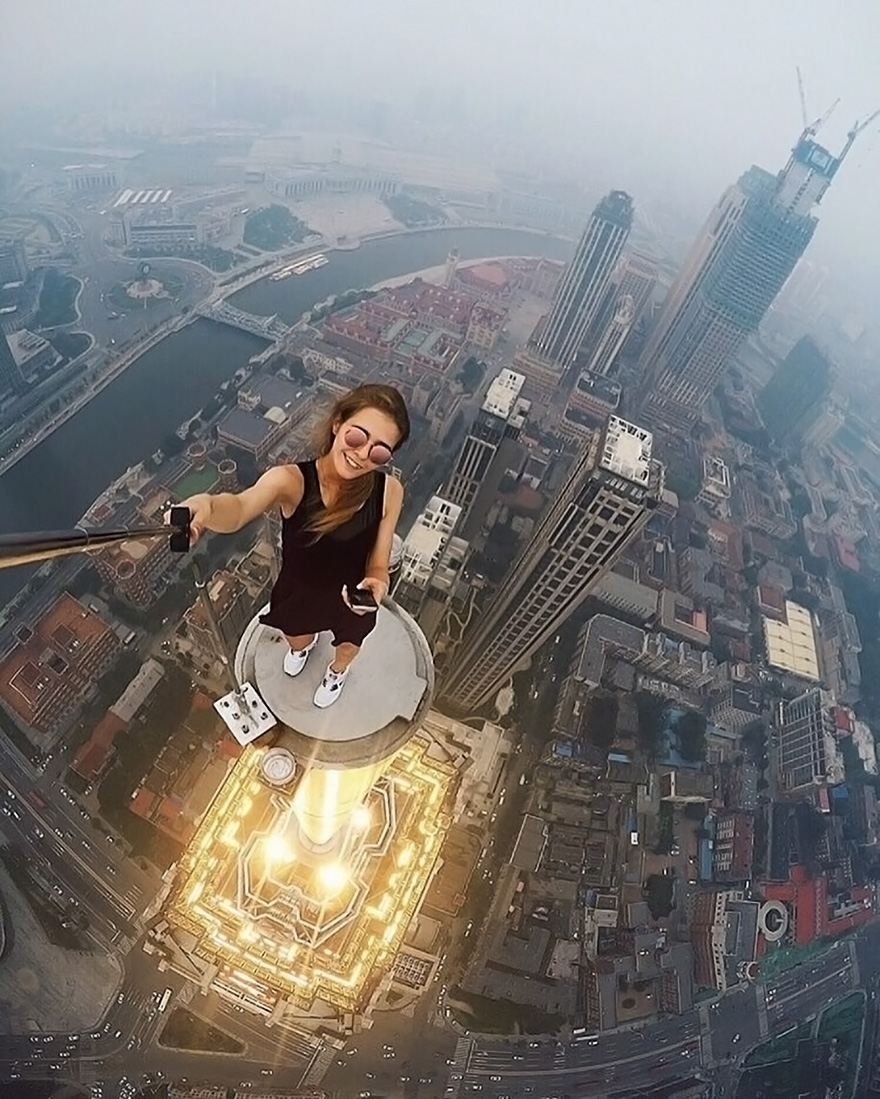 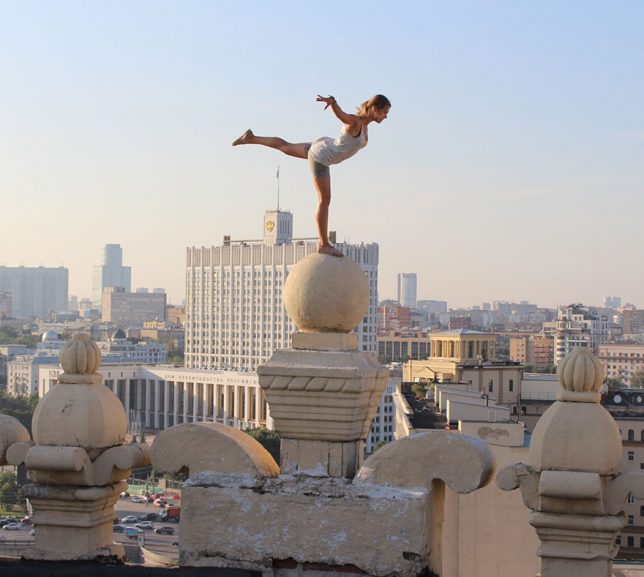 The self-taught climber is not too concerned about bypassing security and breaking trespassing laws to capture these incredible images, and virtually no building is too tall. Angela and Ivan climbed all 2,000 feet of the Golden Finance 117 building in Tianjin, China last fall. 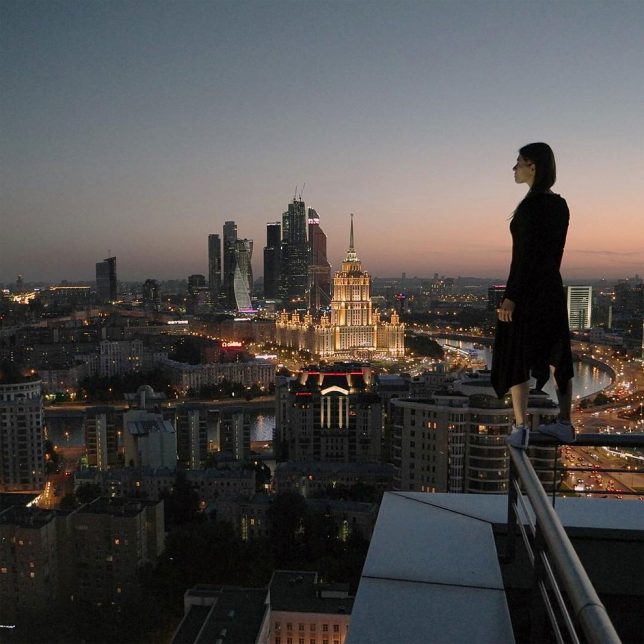 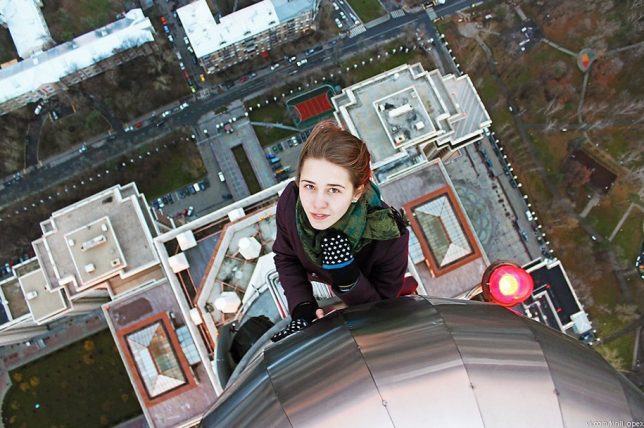 Other illegal conquests include the Sagrada Familia in Barcelona, the Shanghai Tower in China, the Tsing Ma bridge in Hong Kong and the Eiffel Tower in Paris. Unsurprisingly, many of the photos have to be taken late at night to avoid being caught. 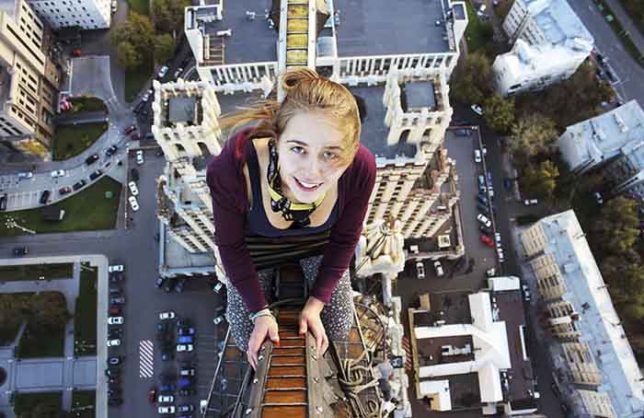 Angela’s casual poses might be the most disconcerting aspect of the photos, especially for those of us who imagine death-gripping the edge if we managed to make it up that high. She’s often lounging dangerously close to certain death, holding on to a ladder with just one hand or hanging barefoot off cranes. In some images, she’s held aloft by her boyfriend, dangling hundreds of feet off the ground. 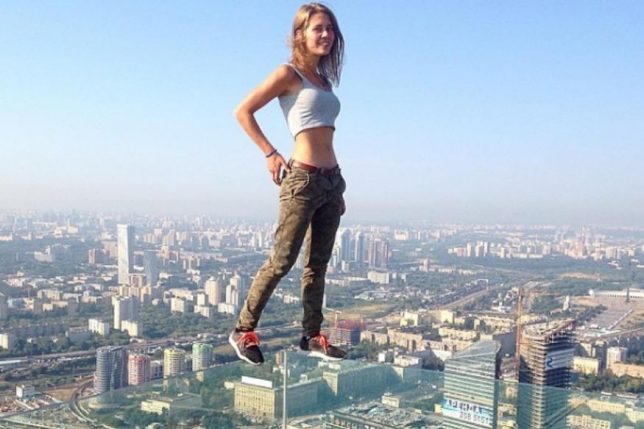 Check out all of Angela’s images at her Instagram, @angela_nikolau.