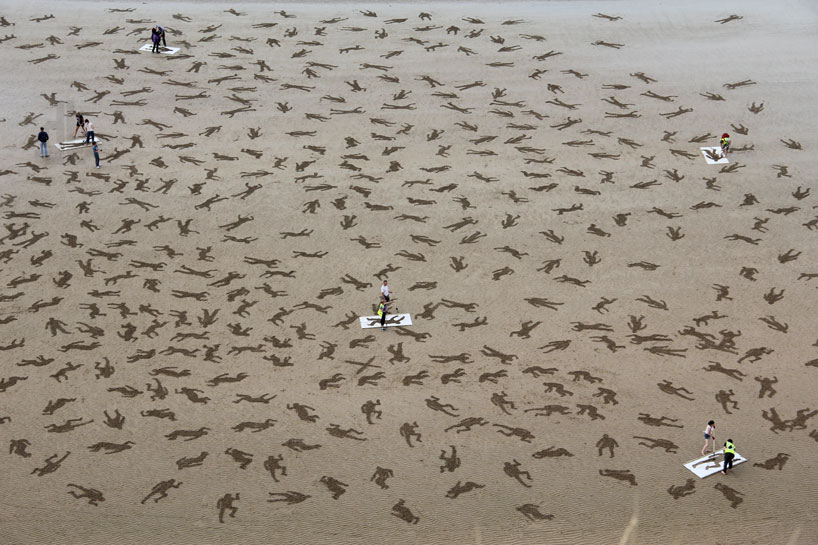 To commemorate those fallen on D-Day in France – civilians, Axis and Allies alike – a pair of sand artists used stencils and solicited volunteers to create a highly temporary art installation, destined and designed to be washed away by the incoming tide. 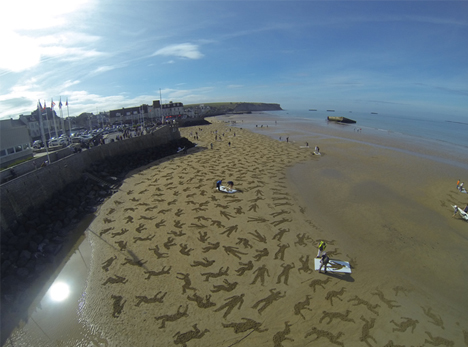 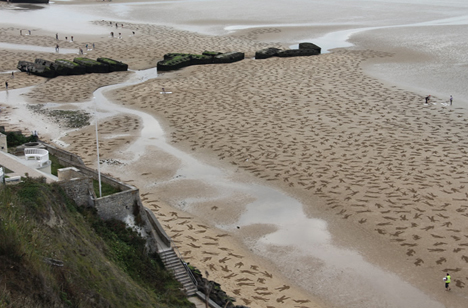 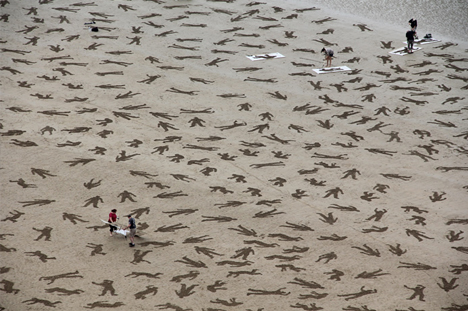 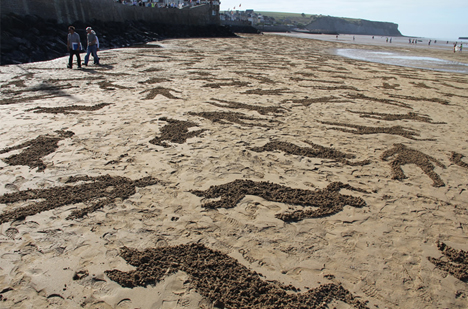 On September 21st, the pair and their helpers, given stencils and quick instructions, had to work quickly to make The Fallen a reality. At one point, it looked like they would not have even assistance to finish before the water came in to erase their creation. 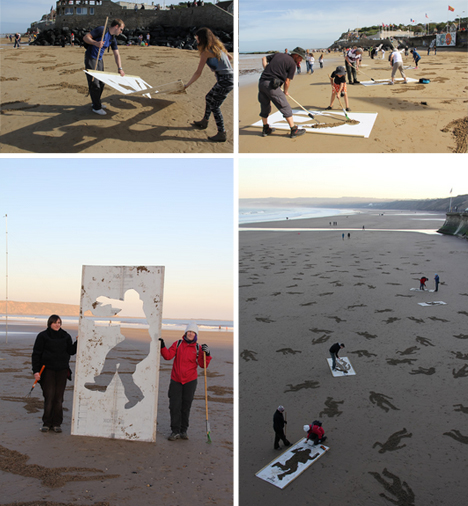 Thankfully, hundreds of additional people turned out on top of the dozens who had agreed to help … together these, “people took stencils and rakes in hand and embarked on drawing the 9000.  The Peace Day project had finally begun in earnest represented by the people of the world.” 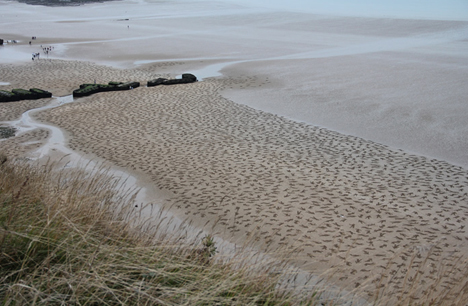 Jamie Wardley and Andy Moss (images by Sandinyoureye) developed the idea of The Fallen as a project for Peace Day well in advance. They created stencils in preparation, but were surprised by the people who turned up from around the world (drawn together, as it were) to commemorate those lost in World War II and otherwise. 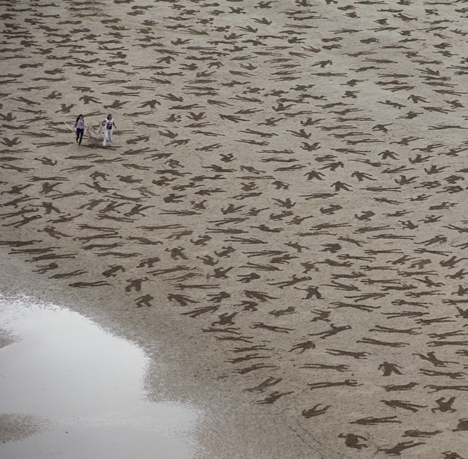 Among those participants in attendance, “Monika Kershaw was there remembering her son and his colleagues that died in Afganastan and even wrote in their names beside them. George, a veteran who was on the D-Day beaches was also there and embraced the importance of the project as demonstrating the result of conflict. There were a group from Israel that drew together, people from Germany, Finland and as far as Chili.”