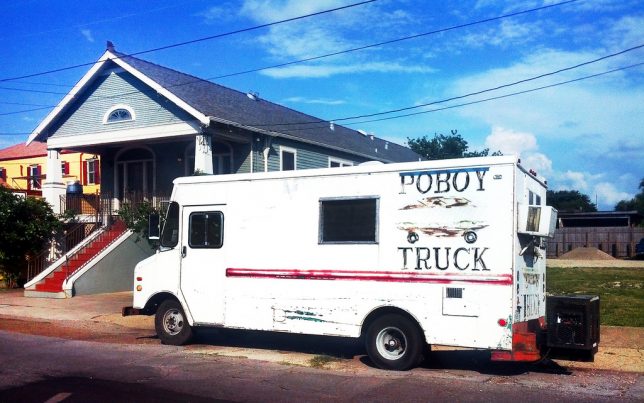 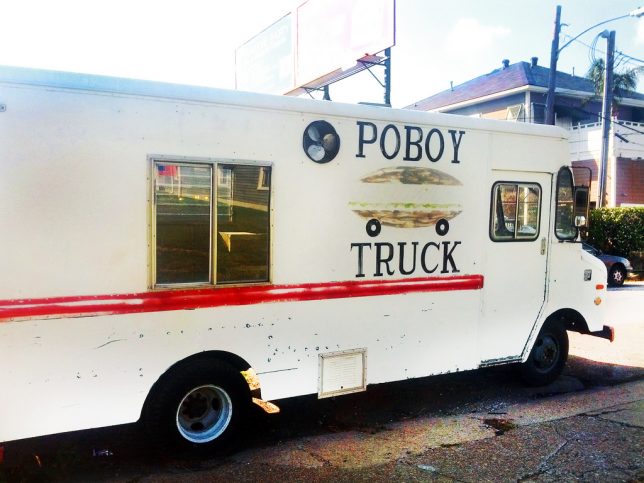 What mo’ can a poboy do? Flickr user Exile on Ontario St snapped this sun-bleached and faded Poboy Truck in May of 2012. The van doesn’t look too much the worse for wear but working there through a typically hot & humid New Orleans summer must have been (puts on shades)… hell on wheels. Yeah, that li’l fan really helped… we pity the poboy who had to spend their working days in there. 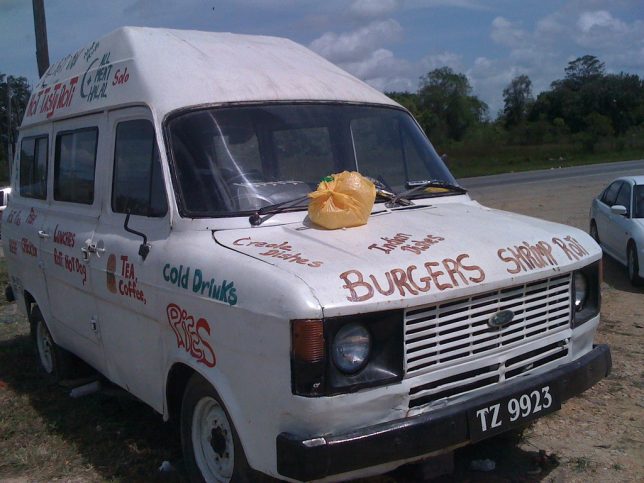 Islands need food trucks toom though the theory of Island Dwarfism would seem to apply to food trucks as well as indigenous fauna. Take this abandoned food van snapped by Flickr user Georgia Popplewell (caribbeanfreephoto) near Valencia, Trinidad, that offered everything from cold drinks and pies to Indian dishes and shrimp roti – all hand-made, just like the advertising on the truck. Wonder what’s in the “mystery bag” on the hood… then again, maybe it doesn’t pay to be too epi-curious. 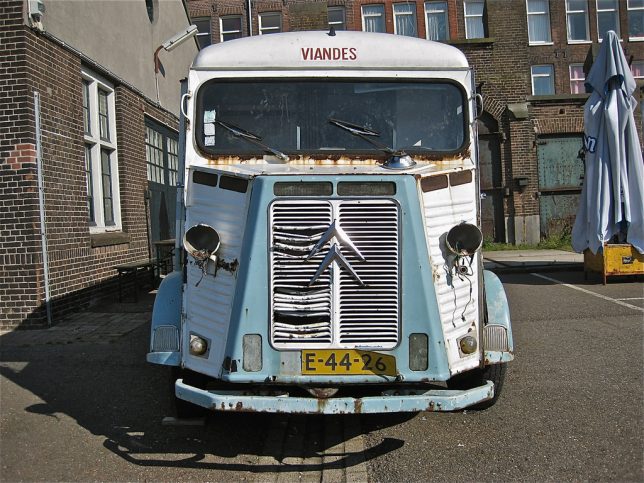 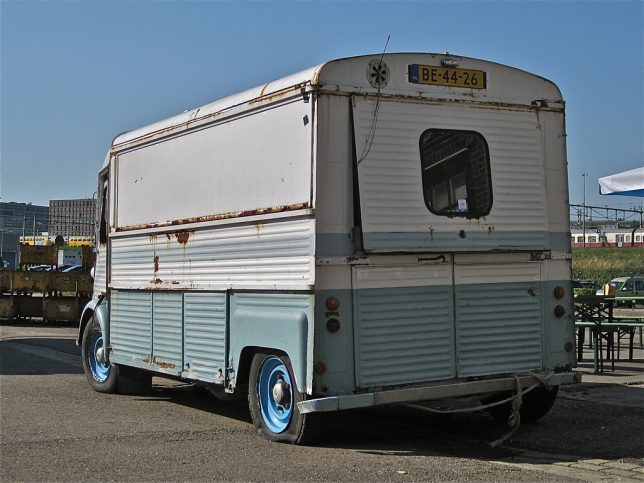 This abandoned 1971 CITROËN HY Currus Mobile Shop looked so nice, Flickr user Sander Toonen (ClassicsOnTheStreet) had to photograph it twice – once in July of 2012 (above) and again in June of 2014 (below). 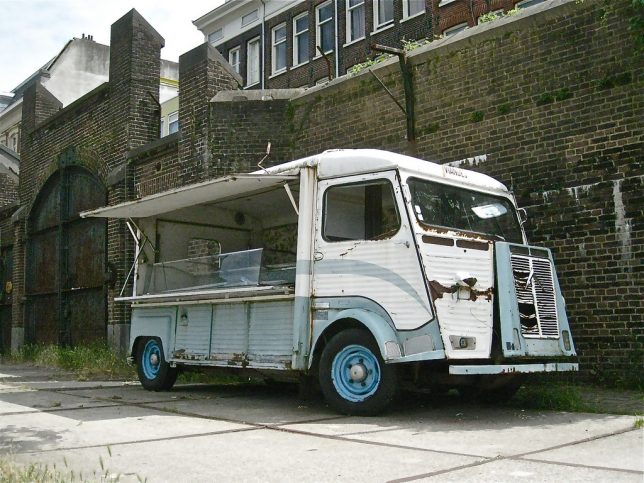 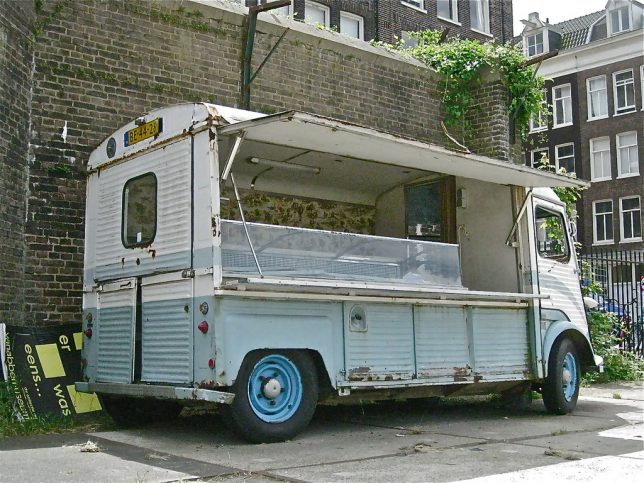 The times may differ but the place is the same: Amsterdam’s gritty Storkterrein district. Seems like a likely spot for a food truck but given its age, this ancient meal-mobile has likely served its last Dutch treat. 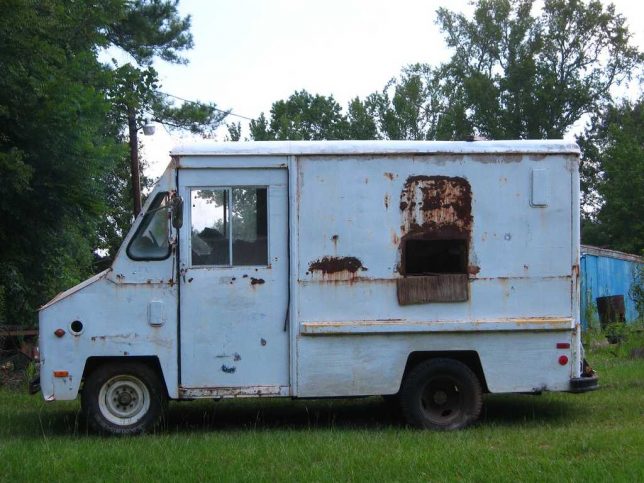 The South may rise again some day but this clapped-out, rusty, abandoned food truck? Not so much. Flickr user macarthursoup captured the gently corroding former food van in early August of 2009, somewhere in the wilds of southeastern Alabama. No clue what they may have served but tetanus was surely on the menu.