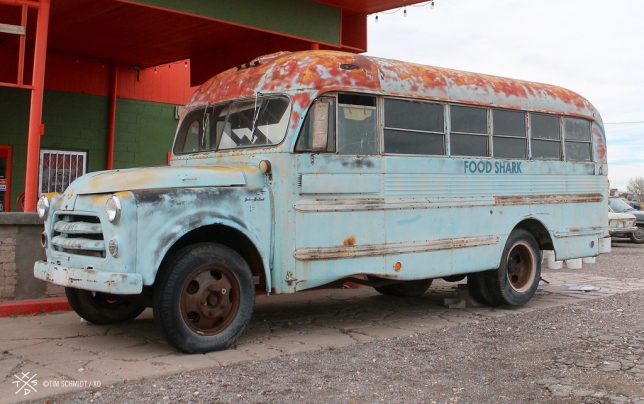 Don’t slag short buses so soon – one just might be a food truck. Make that “might have been” – its hunger-satisfying days have long since past. Flickr user tim ([email protected]) snapped the rough & rusted veteran of the mobile meal wars on December 19th of 2015, in Marfa, Texas. 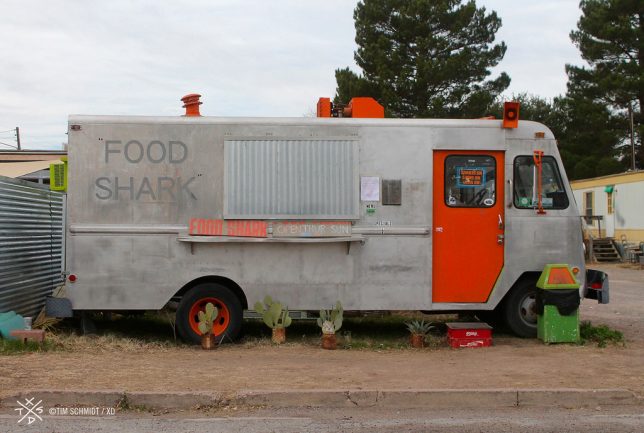 Is Marfa where food trucks go to die? Flickr user tim captured yet another “Food Shark” truck parked permanently in the high-desert West Texas town, though this one appears to have entered a second life as some sort of broke-ass residence: note the potted-cactus “landscaping”. 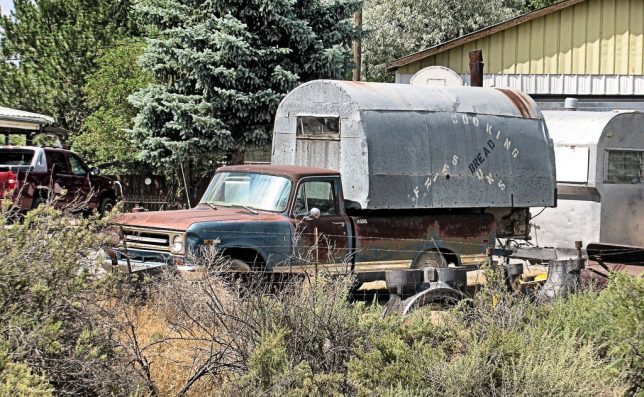 Behold the rusty love-child of a vintage International Harvester pickup and a garden shed-sized Quonset hut, as captured by Flickr user Eyellgeteven on July 31st of 2016. If the folksy graphics on the sheet metal can be believed, this gritty retired frankentruck once dispensed bread, buns, fried, and “cooking”. Walter White, is that you? 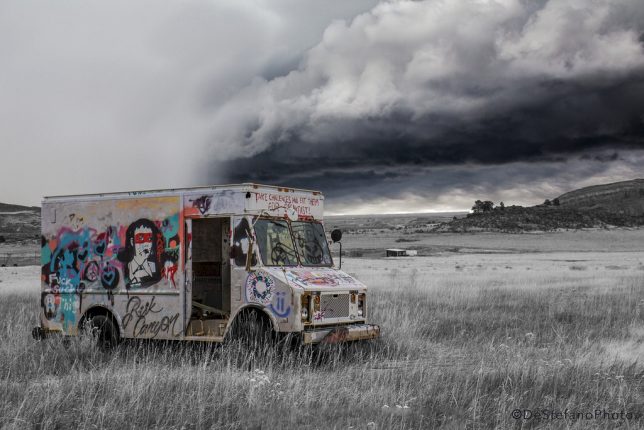 “Take challenges and eat them for breakfast!”… words to live by (or die by, either one works). This sublimely atmospheric photo complete with looming thunderstorm comes to us courtesy of Flickr user Mike DeStefano. As for the truck, DeStefano snapped it in December of 2016 near Larimer, Colorado, so in all likelihood it’s still there – outstanding in its field.