A formerly abandoned gas station in London’s White City district may have outlived its usefulness in its original purpose, but it’s got a new, more relaxing job to do in the ‘hereafter.’ If all those pastel colors didn’t tip you off, the station is in retirement, and it will live out its golden years acting as a colorful venue for pop-up events in the midst of a decade-long urban regeneration effort aiming to create a “thriving, creative neighborhood.” 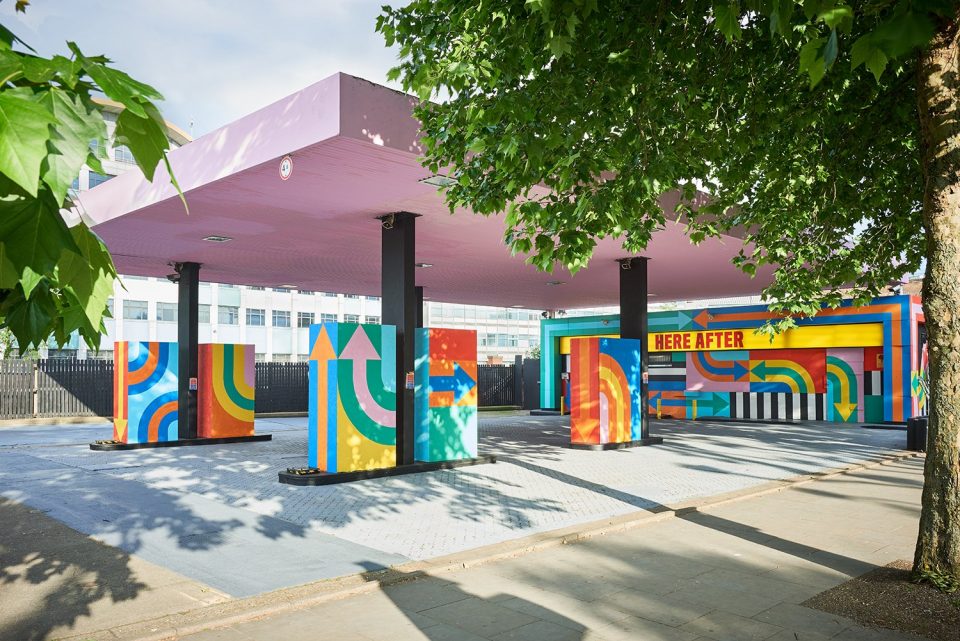 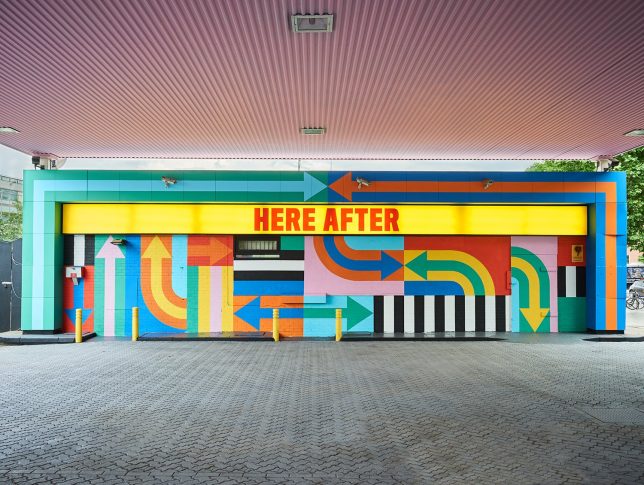 The station, located on Wood Lane, sits between the BBC’s former headquarters at the Television Centre and White City Place, the former BBC Media Village, both of which will reopen this year after redevelopment. Designer duo Craig & Karl, aka Craig Redman and Karl Maier, took inspiraiton from the bright colors of a television test card for the station’s cheerful new palette and decorated it in their signature graphic style. 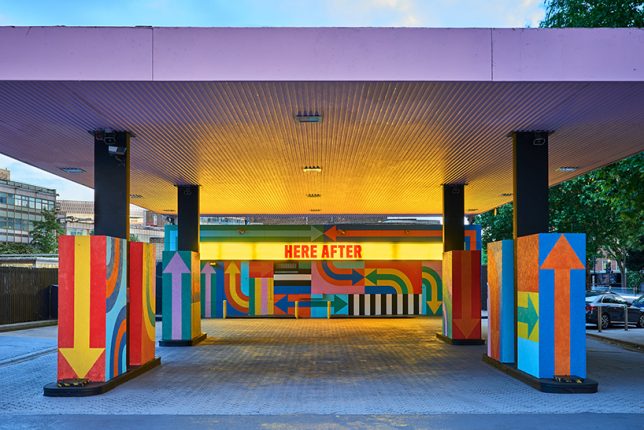 “We view this project as the petrol station’s second life, or ‘wonder years,’ which led us to use the words ‘here after’ as a reference to heaven or utopia,” say the designers. “Now that the petrol station has fulfilled its duty, so to speak, it’s free to enjoy itself.”

In a jam-packed, space-challenged city where so few people even own vehicles, this is an especially fitting and fun revitalization of a disused urban space. Doesn’t it make you wish all gas stations were treated as art objects?