Hyperloop transit is about to make the world a whole lot smaller, and with it could come a system of luxurious private pods outfitted like high-end hotel rooms so you can zoom from one city to the next in unprecedented comfort. While it might seem like there’s little need for such cush train cars when your trip takes less time than ever, the Hyperloop Hotel aims to solve the problem of where you’re going to stay while traveling. 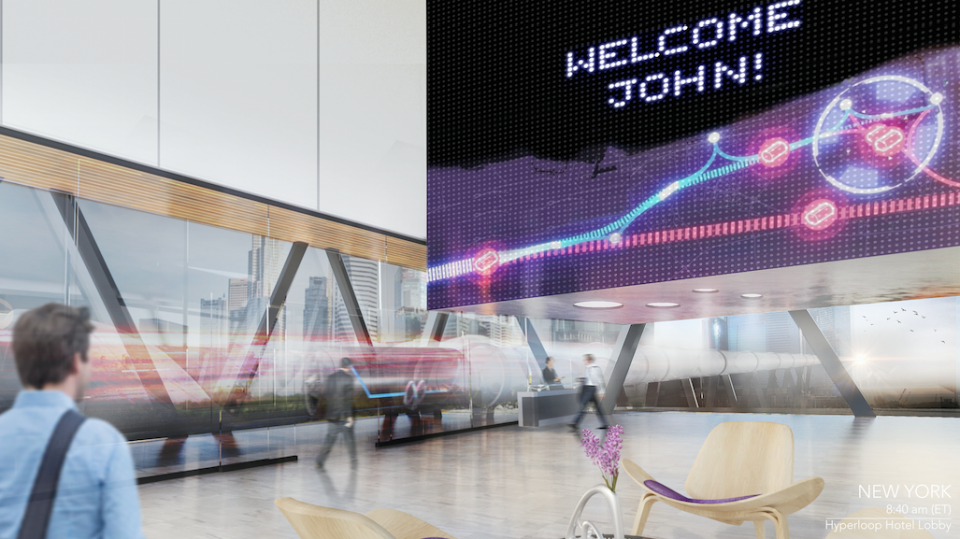 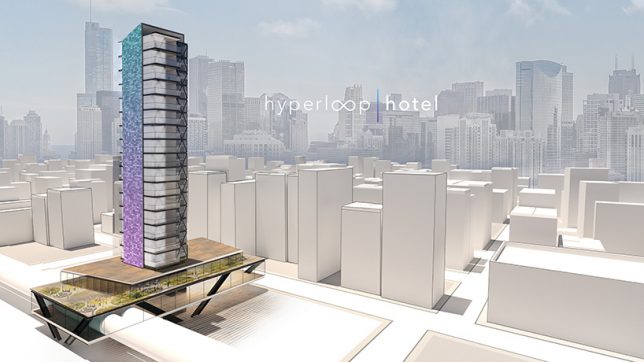 Developed by Radical Innovation Award winner Brendan Siebrecht, the Hyperloop Hotel consists of shipping containers that double as traveling guest suites, able to ‘dock’ themselves at any of 13 different hotel stations in cities like Seattle, Portland, Las Vegas, Los Angeles, Austin and New York City. While the nightly fee hasn’t been set yet, Siebrecht reveals that for a fee of $1,200, guests can even visit multiple cities in a single day. That’s right, you could maintain a comfy home base while having breakfast on the East Coast, lunch in the South and dinner on the West Coast. 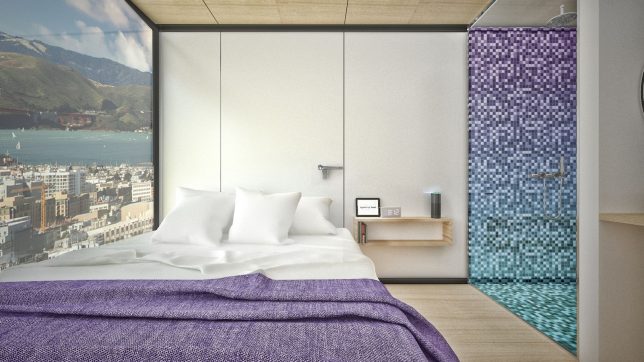 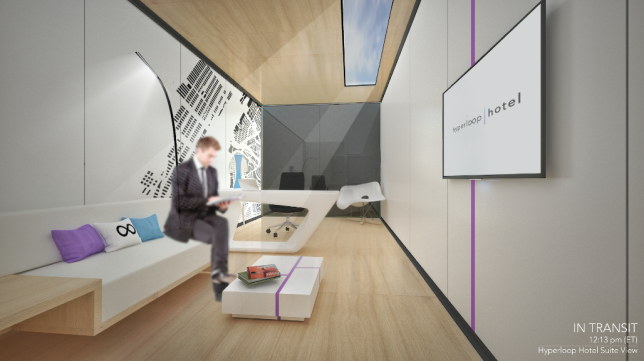 It might sound too futuristic to be real, but Hyperloop One is already being tested in Las Vegas and could be carrying passengers by the year 2020, so it’s actually not that far away, assuming the technology stays on track (pun intended.) But the hotels definitely wouldn’t come cheap – it would cost about $10 million to build each one. The pods themselves feature a bedroom, office, bathroom and living room, with a glazed wall that can be covered while you’re in motion. 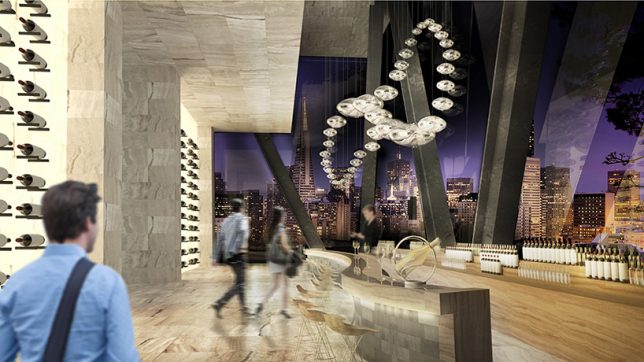 “I believe the Hyperloop One is the next big innovation in transportation in the United States and possibly the world,” Siebrecht told Business Insider. “I wanted to explore ways in which this technology could transform the overall travel experience and hospitality.”