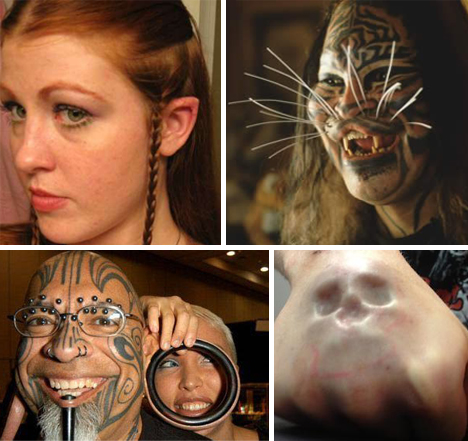 Body modification is an ancient tradition in many cultures. As tattoos become increasingly commonplace, body mods are becoming increasingly complex and pushing the boundaries of technology and taboo. 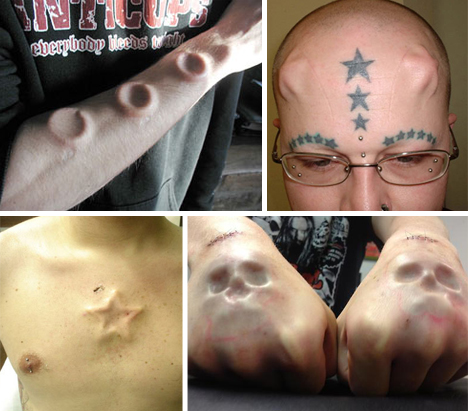 Subdermal implants are placed beneath the skin and then held in place once the skin grows around them. The human tentacle in the top left is a dramatic example of several being placed in a row. Shannon Larratt’s prominent star implants are profiled in the next photo, which match his facial tattoos. Subdermal implants have been around since 1994 and have become increasingly sophisticated, as is visible by the skull shaped fist implants featured above. A simple star in the last image is an example of a less prominent modification that is still striking. 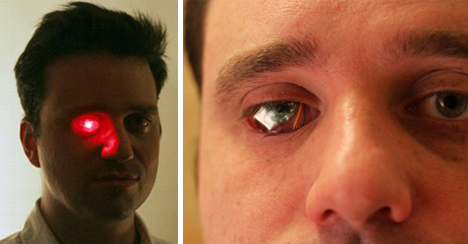 Rob Spence is on a quest to create an eye that can contain a power source and working camera. In order to gain publicity for his Eyeborg project, he proved that a power source could, in fact, be placed within an eye socket, by creating a shocking red LED eye. This stunt has launched the project into the limelight. 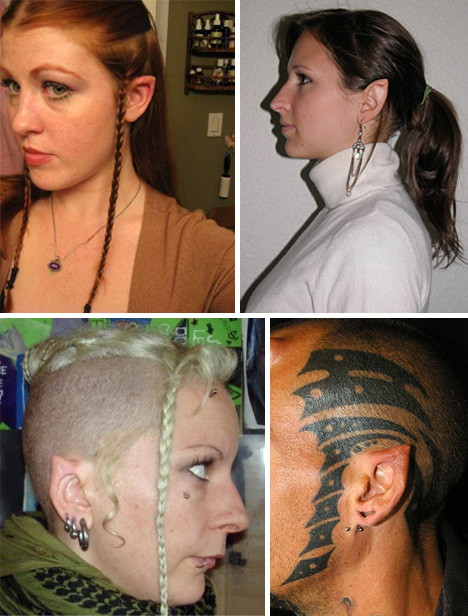 True fantasy fans or nature lovers feel an affinity for Elves in their favorite fantasy stories. This process is called “Ear Pointing” and involves cutting the end of the ear and carefully structuring the healing process to produce a shape very much reminiscent of fictional characters. 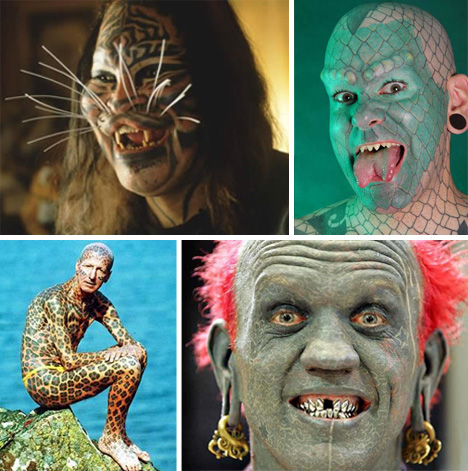 Dennis Avner, otherwise known as “Cat Man” has been modifying himself to become increasingly catlike his entire life. With implanted whiskers, filed teeth, cheek implants, and stunning tattoos, he has come quite close to achieving his dream. Erik “The Lizard Man” Sprague has similar aspirations, and has spent years pursuing the appearance of a reptile. He’s had his tongue split and has methodically placed scale tattoos over the majority of his body. Lucky Diamond Rich is a performance artist who holds the record for the most tattoos, with 100% of his body inked. He stole the record from the former holder, Tom Leppard, whose name matches his inspiration. 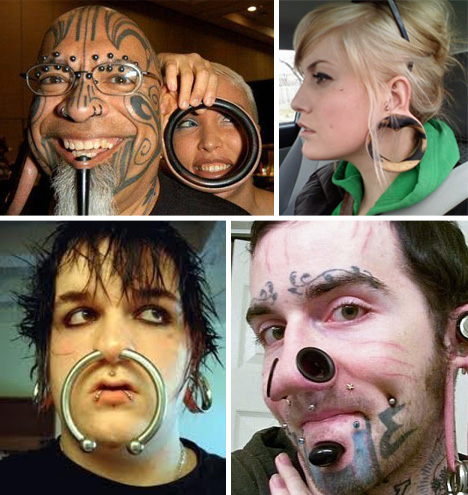 Placing gauges in the ear to slowly stretch the cartilage has been around for untold generations in some cultures, but in the United States, it’s still considered shocking once the gauges hit an untraditional size. A huge gauge is pictured in the top image, while a decorative heart-shaped gauge shows a bit of variety. Nose gauges are still considered quite unusual, and can be shocking to the uninitiated. Septum piercings are typically quite small, but this image is the perfect example that anything can be taken to an extreme.