Born in Karbala during the Iraq-Iran War while his father was imprisioned by Saddam Hussein as a dissident, Ali Alamedy turned to books as a means of escape, wishing he could transport himself into the fictional settings between the pages. Later, as an adult, he began to bring those scenes to life – along with places from his own memories, and recreations of places that only exist in his imagination – in finely rendered miniature. In Arabic, the word ‘miniature’ translates to ‘a small painting on paper,’ so he didn’t find out about the existence of dioramas outside of his own art until he started searching for these words in English on the internet. 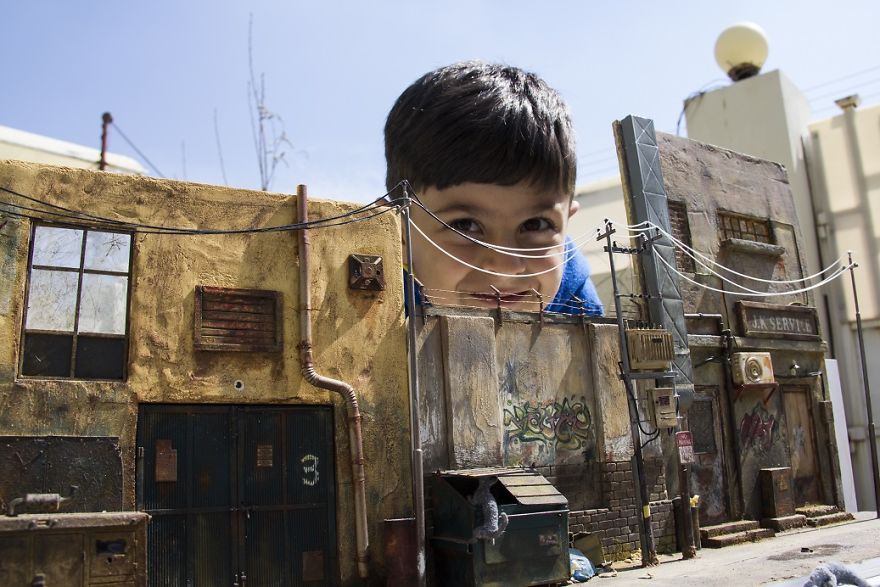 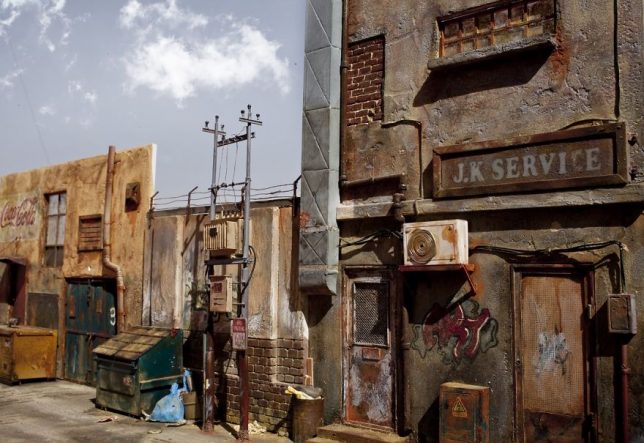 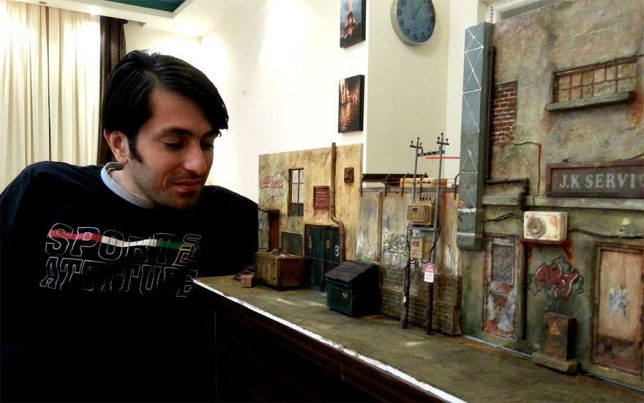 “When a budding artist has a burning desire to create a vignette, they don’t let the lack of building materials stop them,” he writes on Bored Panda. “This was exactly what happened to me when I started to make miniatures. I used any resource I could scrounge: aluminum foil, paper clips, plastic rods, foam board, coffee for weathering, anything that held possibilities.” 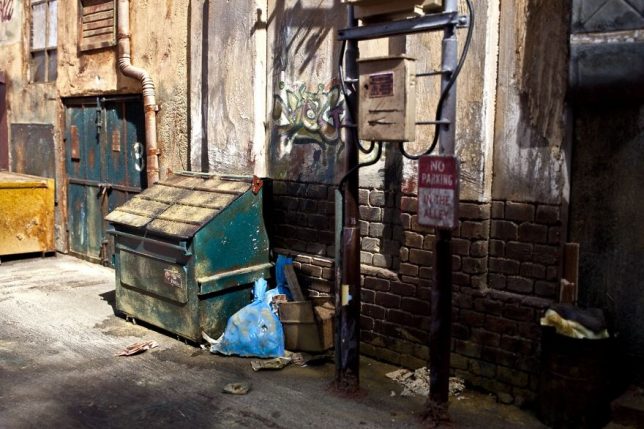 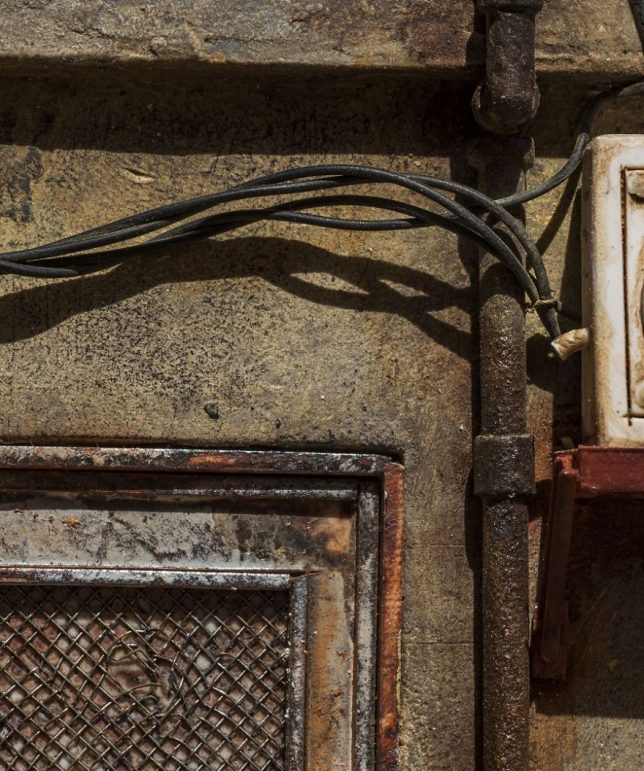 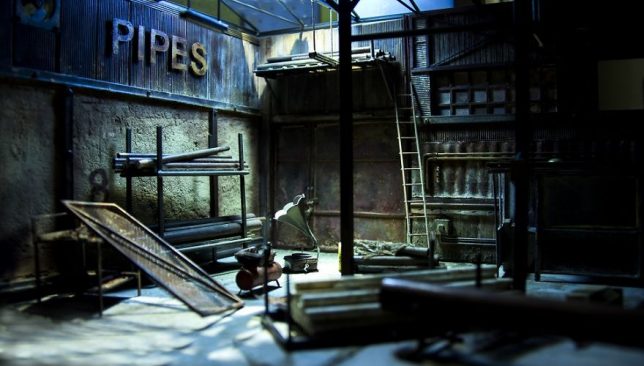 He began posting his work on Facebook, attracting fans all over the world, and his work has grown more and more meticulous. His largest project to date is the 1900s photo studio he built in honor of an old photographer. He spent 9 months building more than 100 miniature objects from scratch based on historical photographs of real studios, which, he notes, was a particular challenge due to the fact that all the photos were in black and white. 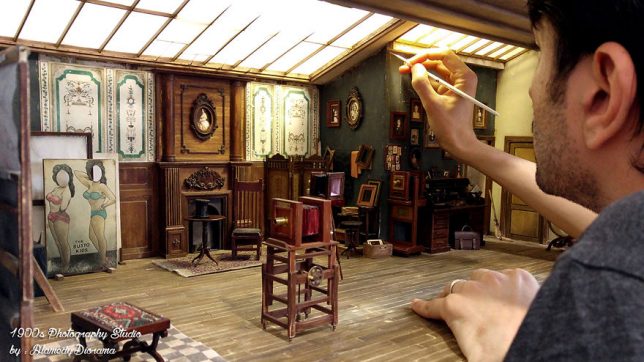 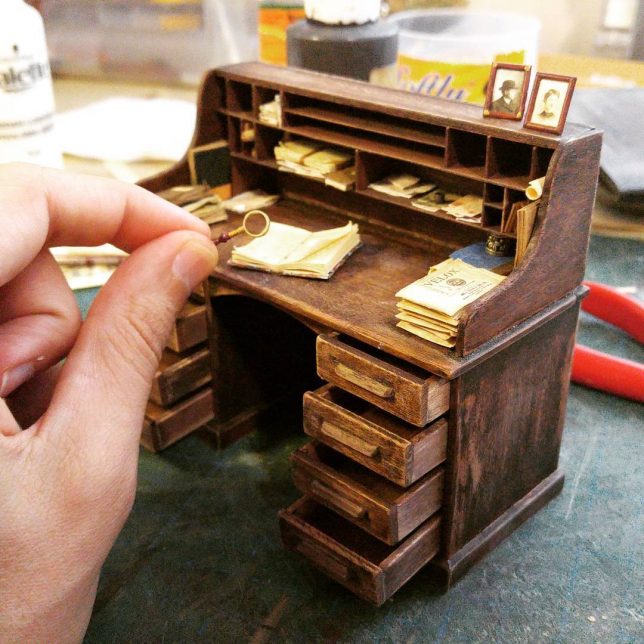 “The hardest part was how to recall the spirit of such a place in a small scale,” he says. 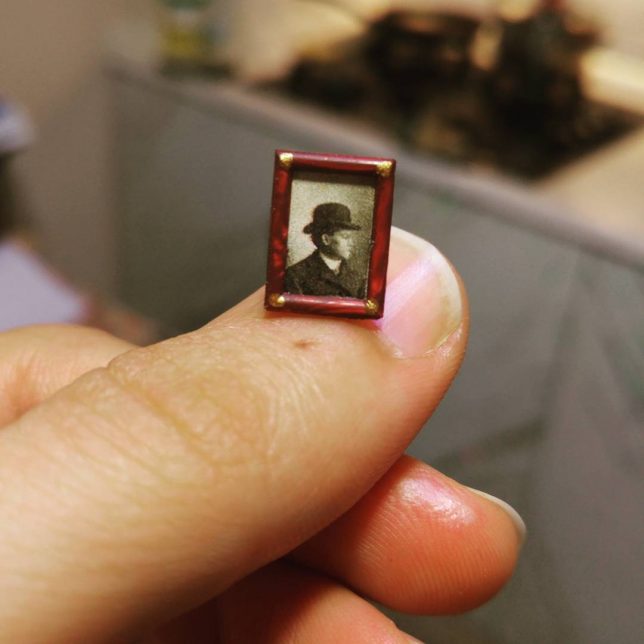 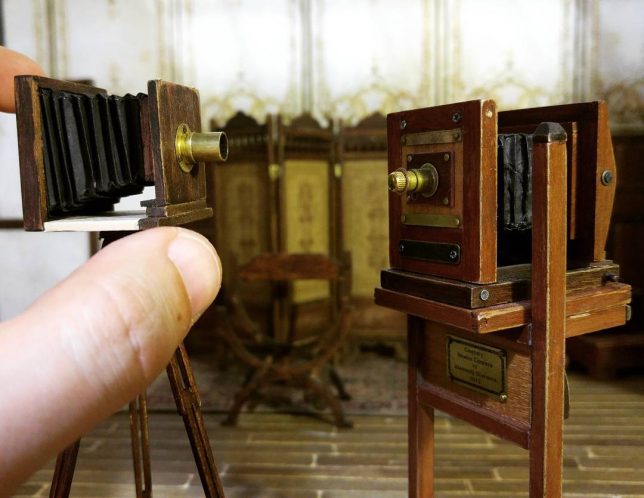 The New York Times gets a deeper look into both Alamedy’s work and his past in a new video, and you can see lots more detailed images on his Instagram.